The Tag Heuer Super Mario wristwatch, which retails for $2,150, is completely sold out 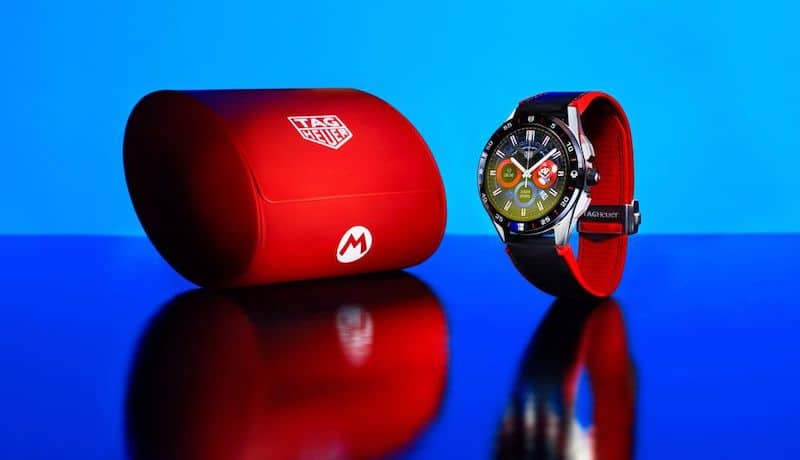 Who would have guessed that there were so many wealthy Super Mario enthusiasts out there? The $2,150 WearOS watch that was co-created by Tag Heuer and Nintendo has already been purchased by customers only a few days after its introduction.

A few days ago, we published an article discussing the release. The gadget is based on Tag Heuer’s Connected smartwatch series, which was something that we had a hunch about. A Golf Edition of the same product was only produced by the firm not too long ago, and there are further variations that have been developed, especially for the UEFA Euro 2020 competition.

On July 15th, Tag Heuer made the Super Mario watch available for purchase on their website. It’s interesting to note that this could just be the first of many products to come. The gaming industry titan has entered into a multi-year partnership with the prestigious Swiss wristwatch.

The Super Mario wristwatch, which comes in a limited edition, is the first product that came out of this relationship. There were just 2,000 pieces produced, and the selling price for each was $2,150. That’s the same amount of money that it would take to buy five Apple Watches! Definitely not something that should be bought on the spur of the moment… It’s more of a collector’s item than anything else.

For that, you get a redesigned version of the Tag Heuer Connected. The primary distinction is in the construction.

The new watch incorporates style and some functionality that matches the platform game produced by Nintendo based on Mario. The original release of the game occurred way back in 1985. Since then, a larger Mario brand has been formed around this, which includes not just further video games but also other forms of media like movies. But the corporation has been defensive about adopting brand relationships.

The Tag Heuer Super Mario edition is a stunning-looking watch. The new design features are represented by four cool watch faces that each has a distinct look and are based on a different topic. These take some nostalgic characteristics from the version of Super Mario Bros. featuring Mario that was released in 1985 and recreate them in pixel form.

The dial of the watch grows “livelier and more animated the more the wearer is active,” which is intended to encourage the user to remain active. In addition, there are short Mario animations that play whenever you get close to achieving one of your fitness objectives throughout the day. When you reach 25, 50, 75, and 100 per cent of your step goal, you’ll get a new one each time. Every day when you wake up, Mario will give you a salute, and other animations will contain Super Mario goods such as a Super Mushroom, Pipe, Super Star, or Goal Pole.

All of this is affixed to a suitably themed red rubber strap (there’s also a leather version of it), which can also be purchased separately. In addition to having the word “M” carved on the clock, the bezel also has red symbols etched into it, and the bottom of the item is branded with the Super Mario logo. Last but not least, there is also a travel case that is, as you probably guessed, Super Mario red.

Aside from that, you are provided with the same specifications as the TAG Heuer Connected which costs $2,000. This contains a 1.39-inch OLED touchscreen that is housed inside of a casing that is 45 millimetres in diameter. The Qualcomm Snapdragon 3100 CPU may be found inside, along with an optical heart rate monitor, built-in GPS, and a 430mAh battery (good for between 6 and 20 hours of life). In addition, it has a water-resistant rating of 5 ATM, as well as 8 GB of storage space, 1 GB of random access memory (RAM), and lag-free performance.

A customized version of Wear OS is what powers the complete operation. There is currently no information on its compatibility with the future version of Google’s operating system that is being developed in collaboration with Samsung and Fitbit.

However, this did not deter Super Mario fanatics from buying up all of the available stock of the pricey equipment. It would seem that some other individuals who were considering whether or not to go through with the purchase did not have the opportunity. At least according to the website, Tagheuer has no intention of replenishing any of its products. When you visit the TagHeur Super Mario page, you will see a notice instructing you to “stay tuned” for upcoming releases.