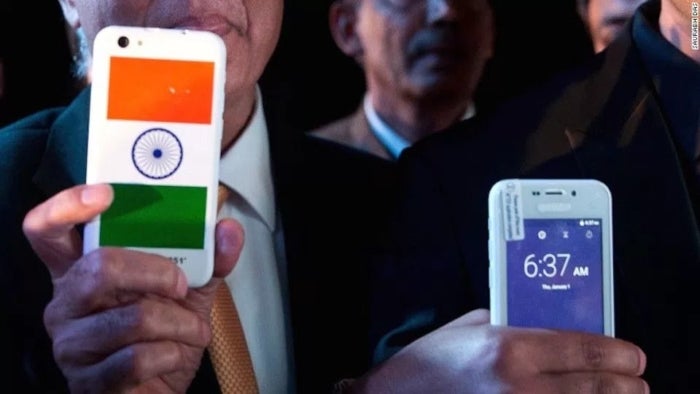 Very good features for its price

Just a few hours ago, the cheapest mobile phone in the world has just been put up for sale , with a price of 3 euros .

In February its future sale was announced and nothing happened unnoticed by the world. Its launch is limited to India , where it was created, but there is no doubt that it could reach any corner of the planet, and with exactly the same price: 3 euros.

200,000 units of this terminal have been manufactured . The company that created this smartphone so cheap, Ringing Bells, from today will proceed to its commercialization.

The reason why this mobile has taken so long to go on sale since it was announced, is that there were investigations by local authorities. They did not add anything to a mobile ad with no negligible features with such an economical price .

On some occasion you may have wondered what the real value of a mobile phone is , since they arrive at stores with much higher prices. An approximate price can be calculated, but there is no way to know exactly.

In the case of this mobile so economic, which by the way, comes under the name of Freedom 251, it is claimed that it is a product that costs your company money. Specifically, as reported by the Ringing Bells company, about 2 euros are lost for each terminal .

The objective of Ringing Bells by putting their Freedom 251 at such a low price despite their cost, is that the most disadvantaged areas of India have access to technology like other people

Very good features for its price

The technical specifications of this Ringing Bells smartphone are not bad at all, especially considering its price. It has 8 GB of internal memory and 1 GB of RAM, 4-inch screen, 1,800 mAh battery and two 8 and 3.2 megapixel cameras .

When its launch was announced, we already made an analysis of the characteristics of Freedom 251

In addition, it will be necessary to be aware, because the company anticipates that they have as their next goal to do the same in the television sector.