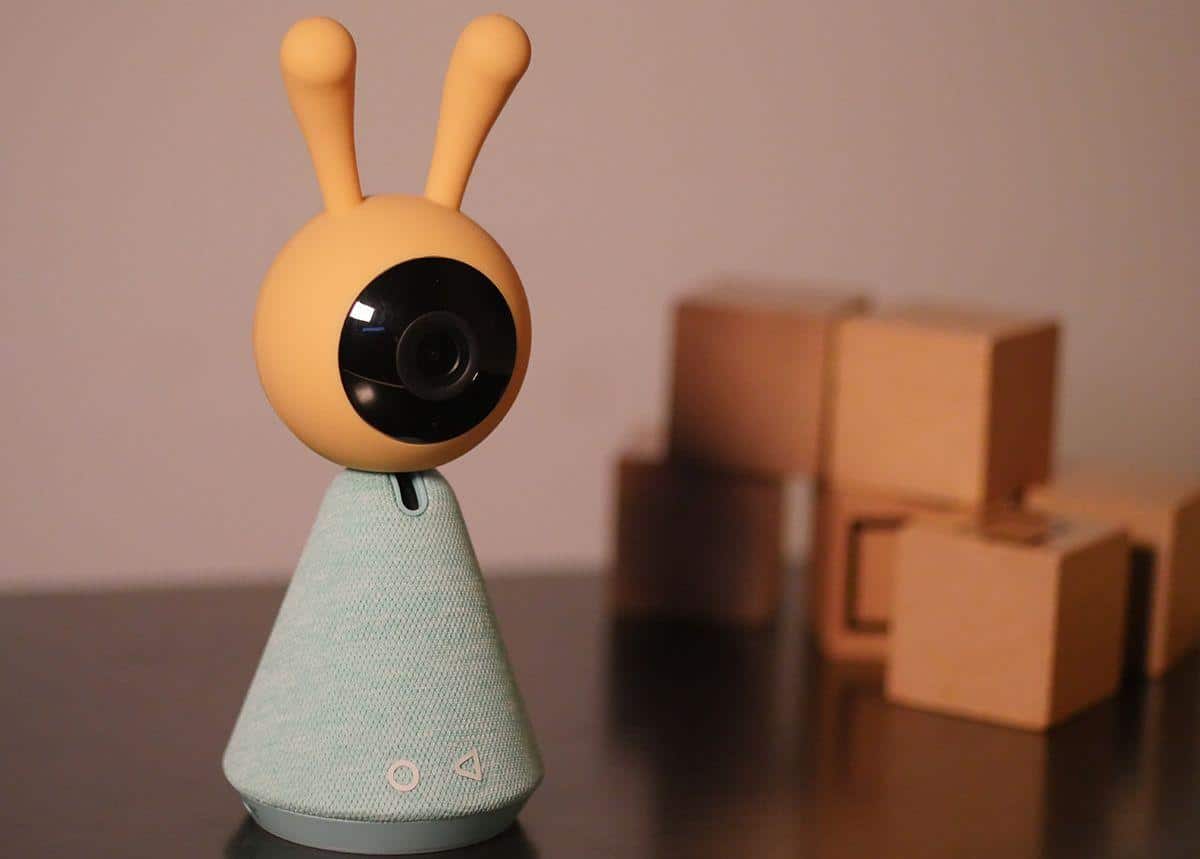 A smart baby monitor that does it all, KamiBaby is an all-in-one solution. The device gives parents an additional set of eyes to keep a watch on their child by making it possible for them to view their infant’s breathing magnified. Monitoring of temperature and humidity, as well as crying detection and other features, is also included.

Because it has 1080p night vision, the KamiBaby comes with a companion smartphone app that lets parents keep an eye on their child at all hours of the day and night. You are even able to share the video feed with your loved ones and close friends.

Because the audio works in both directions, you will be able to chat with your infant or toddler even when you are not present. You also have the option of recording your voice and then playing it again at the push of a button in order to calm them down. There is also connectivity with Google and Alexa, so you can show off your child’s nursery to them.

However, the most cutting-edge feature of it is that it enables you to see an enlarged image of your child’s respiratory movements. This is accomplished by utilizing highly developed forms of AI picture processing. When combined with monitoring of the room’s temperature and humidity, as well as detection of the baby’s cries, anxious parents will have more peace of mind.

When it comes to smart technology, privacy is an issue that must always be considered, and it has been found that certain products designed for children contain security weaknesses. It has also come to light that some of them send and store data without using encryption, leaving them open to attack by cybercriminals. There is no need for concern when using KamiBaby. It complies with the General Data Protection Regulation in every possible way and follows the most stringent data protection requirements. You can use the 128 GB MicroSD Card to store up to 9 days of continuous recording, or you can use YI Cloud, which gives you free rolling use for 7 days.

Because it can perform numerous functions at once, the baby monitor makes the parents’ jobs easier and eliminates the need for them to have different devices. KamiBaby was created by YI Technology, and it is now being funded on Indiegogo at a discount of 50 percent for the price of $99. It is scheduled to arrive in March of 2020. The campaign has only a few days left, but it has already raised nearly twice as much as its goal of $20,000.

The price ranges from $99 to more.