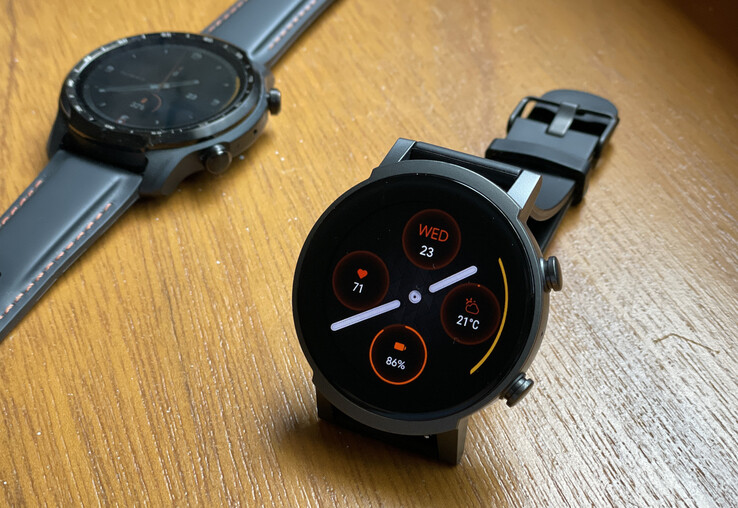 Integration between Google and Samsung

What has changed with the new Wear OS version 3.0?

At today’s Google I/O developer conference, the company unveiled the most significant update ever to be made to Wear OS. Surprisingly, it is the product of extensive collaboration with Samsung on the development of a single unified platform! With the release of Wear OS 3.0, Google ushers in a new era for its wearable operating system. In an effort to stay competitive, the corporation has also decided to collaborate with Fitbit on the development of new watches.

Even while Google’s operating system has made significant strides in the past several years, a great deal can be improved upon. It should be no surprise that some companies have stopped using the platform.

Watches that use the operating system have a difficult time maintaining their battery life, and there are issues with performance, consistency, and reliability. Users have access to a vast selection of programs developed by third parties and personalization settings, which is a definite benefit.

The Mobvoi TicWatch Pro 3 is currently the wearable device that appears to make the most effective use of the platform. This is primarily due to the Qualcomm 4,100 processor that it has. There are rumors that the Fossil Gen 6 watches will be released in the month of July and that new Moto watches will be available very soon. It is likely that these will also come equipped with the newest Qualcomm chip.

There is widespread concern that Google will give up on Wear OS. After the successful completion of the company’s acquisition of Fitbit earlier this year, this concern became even more widespread. Naturally, Fitbit has developed its very own operating system for its smartwatches. But it appears that these fears were unjustified; Google is still committed to its platform, and the company has a lot of ambitious initiatives in the works.

These were disclosed at the annual developer conference that the company hosts, which will be called Google I/O 2021. The online get-together got underway earlier today and will end on the 20th of May. The phrases “Innovation in the Open” and the letters “I” and “O” stand for the terms “input” and “output,” respectively. To refresh your memory, Google I/O was canceled owing to the widespread coronavirus outbreak the year before.

Integration between Google and Samsung

There have been rumors going around for weeks now suggesting that the next iteration of the Samsung Galaxy Watch will ship with Wear OS rather than Tizen. Earlier today, this is one of the most significant improvements.

Tizen, an operating system developed by Samsung, addresses a significant number of issues that are present in Wear OS. Compared to the Google platform, its fastest performance and longest battery life may be its two most notable advantages. In addition to that, it tracks your health and fitness quite well and features an intuitive navigation interface that’s easy to use. On the other hand, Wear OS includes support for a significantly larger number of third-party applications and a fantastic user experience.

Now, the two are working together to merge the benefits of their respective systems into one. A unified wearable operating system is going to be produced as a result of this. We are speculating that the debut of the Samsung Galaxy Watch four and Watch Active 4 within the next month or two will be the first time we see these results.

Tizen will continue to be the operating system for Samsung’s existing watches, and the company plans to provide support for the platform for an additional three years. However, in the future, Samsung will be equipped with the jointly created Wear operating system. Additionally, this new operating system will be made available to manufacturers of other products.

What has changed with the new Wear OS version 3.0?

It will be much better in the future. According to Google, app launches will occur more quickly, and battery life will be extended. Additionally, you will have access to a wider variety of options than ever before. This covers everything from the hardware to the software and the watch faces. The software that was developed as a result has a chance of becoming a worthy adversary to the WatchOS that Apple uses.

According to Bjorn Kilburn, Director of Product Management for Wear, “All device makers will be able to add a personalized user experience on top of the platform, and developers will be able to utilize the Android tools they already know and love to build for one platform and ecosystem.”

The following is an outline of some of the upcoming enhancements. Later on in this year, they will start to become available.

The latest version of Wear OS will have a more accessible design. For instance, it will offer an improved version of the Tiles functionality. In addition to capabilities developed in-house, this will support third-party applications, such as the relaxation timer offered by the Calm and Sleep Cycle apps. In addition to this, the carousel of Tiles will be open to your personalization. It will be to the advantage of wearable manufacturers like Fossil for the platform to be opened up, as this will allow them to modify the software to make it work better with their watches.

Thanks to new menus, you will soon be able to build shortcuts to navigate between programs. A double-press will immediately bring up the most recently used application.

Applications and animations will be around thirty percent faster, and the transitions between frames will be more seamless. Google claims that it has learned from Samsung how to improve performance by running some tasks in the background and optimizing other aspects of the system.

Chipsets and platform-level improvements are two areas in which the two parties have worked together. Even with continuous heart rate monitoring and sleep tracking, the battery life should be extended as a result of this.

“In order to achieve a longer battery life, we have been working to optimize the bottom levels of the operating system, taking advantage of low-power hardware cores to enable better battery life. This includes convenient optimizations such as using the heart rate sensor constantly throughout the day, tracking your sleep overnight, and still having battery life for the next day.

Maps are getting navigation with turn-by-turn directions even when your phone is not nearby.

In partnership with Samsung and Fitbit, an entirely new system for monitoring one’s health and fitness is currently being developed. Developers will be able to get their hands on the new alpha version of the Health Services API when Google I/O rolls around. They will be able to acquire accustomed to the features if they are given early access.

Over the course of the next month, Google Pay will launch in 26 additional nations, bringing the total number of locations to 37. In the latter part of this year, there will also be a reimagining of Pay.

In the second half of this year, support will be introduced for downloading music directly to your smartwatch. Both YouTube Music and Spotify will be able to use it. The long-awaited support for YouTube has indeed arrived.

Following the completion of the Fitbit acquisition, Google has thus far maintained a rather low profile on future plans. It would appear that things are back to normal at Fitbit for the time being. The firm just announced a new product called Fitbit Luxe, which offers a more luxurious take on the idea of fitness trackers.

On the other hand, Google is rumored to be working on the development of the first Pixel Watch. Although we have in the past heard reports that are very similar to this one, this is the very first time that actual renders of the device have been uploaded online. These rumors need to be taken with a grain of salt because Google has not confirmed anything during the conference that has been leaked.

The information on a closer integration with Fitbit that we received today was quite exciting. In the near future, Google Wear OS will be able to access some of the most well-liked features currently exclusive to Fitbit trackers. In the future, the two will also collaborate on the development of new smartwatches. According to Fitbit, the company is already hard at work developing premium smartwatches that are based on the new software.