When Can We Expect Garmin to Release a Device Similar to the Whoop? 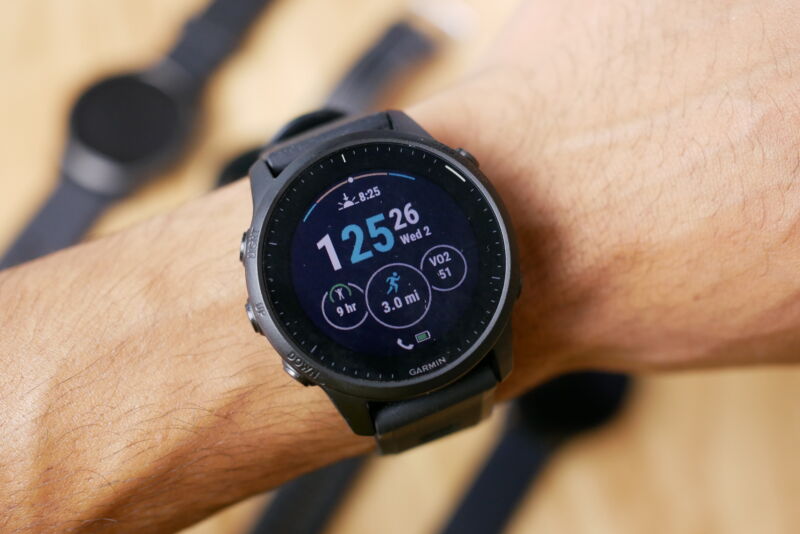 There Are Many Other Potentials

On the 30th of March, 2022, the confidentiality restriction included in the filing that Garmin submitted to the Federal Communications Commission (FCC) for something known as a “Smart Band” will be lifted. Is this a potential competitor for Whoop, or might it be something else entirely?

In the past few months, the sports wearable behemoth has submitted many different files to the Federal Communications Commission (FCC). Consequently, we have witnessed several launches so far this year, some of which include the Venu 2 Plus, the Fenix 7, the Epix (gen 2), and the Descent G1. In addition to this, we anticipate the forthcoming release of Tactix 7 very soon (commonly referred to as Echo).

On the other hand, a brand new wearable that’s much more exciting may be in the works. It is still cloaked in mystery, so what follows are some details on the official file, coupled with our guess as to what this could possibly be.

In the latter half of 2021, Garmin submitted an intriguing addition to the FCC. This one is for something that the FCC has designated as a “Smart Band,” and its identification number is IPH-04352. The deadline for maintaining the short-term secrecy of the submission is the 30th of March, 2022.

There is speculation going around that this could be a competitor to Whoop. Whoop is an exercise and wellness tracking device that does not feature a display and is currently on version 4.0. The newest model is more compact than its predecessor. In addition to being worn on the wrist, people can also wear it on various regions of the body, including the torso, the waist, and the leg. In order to check the total recovery numbers, SpO2 temperature, and other vitals parameters, you are supposed to visit the dashboard on the app or website instead.

Whoop is famous among professional athletes, who are especially interested in gaining specific details regarding their recovery. However, a monthly payment is required to use the service. This is the point at which, for many people, the allure of using such a device begins to wane.

If you acquire a piece of exercise equipment, you should be able to view the majority of the statistics that it is capable of creating, in our opinion. Regrettably, a growing number of businesses are opting to operate through the subscription model. Fitbit and Oura are recent examples. Garmin has, up to this point, determined not to go in that direction, and we thank them for making that choice.

Even though Garmin’s recovery statistic depth is lacking, we do not anticipate that the company will introduce a band similar to Whoop that includes a subscription service. It is more likely that the “Smart Band” referred to by the FCC is a reference to something in the fitness band range offered by Garmin.

Having said that, a recent fascinating development concerns the fact that the company has just incorporated an additional Bluetooth connection to its HRM Pro heart rate band. As of now, the strap is capable of establishing a total of three concurrent Bluetooth connections, up from the previous maximum of two. It has also been stated that the upgrade will improve connectivity with both ANT+ and Bluetooth. It is noteworthy to note that the scheduling of the software upgrade seems to correspond with the debut of this product.

The secrecy provision imposed by the FCC on internal and external images, user manuals, and test setup photos will expire on the 30th of March, as was previously announced. Since Garmin tends to launch new products on Tuesdays, the 29th of March is a good possibility for the company to introduce something brand new. After then, there is a possibility that Garmin will push back the date of the secrecy clause. It’s possible that the release of the product has been pushed back.

There Are Many Other Potentials

Then there is the remote possibility that we are dealing with Vivosport 2 here. Because it was first released four years ago and hasn’t received any upgrades since then, the majority of people have given up hope that we will ever see a new edition of that one. The Vivosport was, for a good portion of its existence, essentially the only fitness band available that included an integrated GPS. There are now a few other choices available to you.