Which One is Better for You, the Fitbit Charge 3 or the Alta HR? 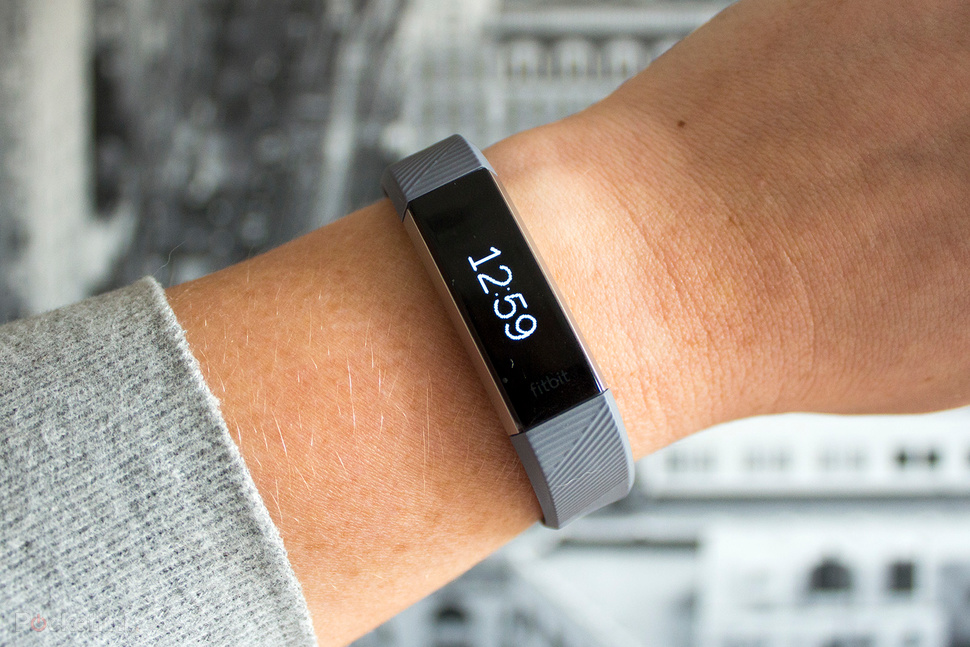 Comparison Between the Fitbit Charge 3 and the Alta HR's Features

The Verdict Between the Fitbit Charge 3 and the Alta HR

At the Internationale Funkausstellung (IFA) in Berlin, we were able to get our hands on a Fitbit Charge 3, and it left us feeling adequately impressed. The tracker improves upon the already impressive capabilities of the highly successful Charge 2, which it replaces. It is essentially a smartwatch that has been rebranded as a fitness band. You can now pre-order the device on Amazon, and it should start to arrive in early October.

Fitbit offers approximately a dozen different wearables, but the sales of just a few of them account for the vast majority of the company’s revenue. Alta HR is an example of one of these. One of Fitbit’s sleekest and most fashionable fitness trackers has been upgraded with a sensor that monitors a user’s heart rate continuously thanks to this wearable. According to Fitbit, it is a wrist-worn tracker with a continuous heart rate sensor that is the thinnest in the world.

What are some of the differences and similarities between Charge 3 and the Alta HR? Which one of the two options below best fits your needs? Continue reading to find out.

When it comes to wearable activity trackers, Fitbit has not deviated too much from its recognizable design over the course of its history. After all, why bother changing anything if it already serves its purpose? When you take Charge 3 into your hands, it immediately feels like an old friend. This is because it brings to mind Charge 2 for some reason. But it looks better because it is glossier and seems to be of higher quality.

The larger OLED display seen on the Charge 3 makes up the most notable improvement in terms of appearance when compared to its predecessor, the Charge 2. In fact, it is forty per cent larger, which is a significant increase for something that is already quite small. The screen’s backlight makes it bright, the text is easy to read, and it responds appropriately to touch. In addition to that, it can display colours in grayscale rather than only black and white, and its resolution has been improved.

On the screen, you may browse through your daily exercise numbers by scrolling up, showing notifications by swiping down, and accessing additional functions by swiping right. Everything has a really fluid and responsive feel to it. If you’ve used a Fitbit gadget before, you’ll have no trouble getting used to this one. This is also the first wearable product from Fitbit to have an inductive physical button. This button lets you wake up the tracker and helps you find your way around.

Lastly, the Charge 3 is constructed out of materials that are lighter than those used in its predecessor. Due to the fact that it weighs only 30 grams, you won’t even know that it’s on your wrist. Additionally, it is slightly thinner, which contributes to the fact that it seems and feels less thick.

The Alta HR, which was first made available approximately a year and a half ago, has a design that is even more streamlined and lightweight. The width of the device is barely 15 millimetres, and it features an OLED display that is 1.4 inches in size. It is more than 20% narrower than our previous model, the Charge 3. Although it is marketed as a device that can be used by either gender, women may be more interested in purchasing it. Because of its diminutive size, it is even possible to wear it as a fashionable accessory together with a watch.

You can wake up the smartphone by raising your forearm or by tapping your finger lightly on the screen. On Alta HR, you won’t find any buttons since, frankly, you don’t need them. This is why Alta HR doesn’t have any. To navigate, you need only tap on the display’s bezels on either side.

Both of these wearables come with bands that have clasp mechanisms similar to those seen on regular watches. They are interchangeable, and all you need to do to put them on or take them off is press a button. The Alta is available in small, large, and XL sizes. On the other hand, the Charge 3 is a one-size-fits-all device, although you have the option of selecting between a large and a small strap. When you purchase the wearable, you will receive both of them in the packaging.

Both of these gadgets now come equipped with the PurePulse heart rate sensor that can be found on the underside of each of them. But Fitbit says that the Charge 3’s heart rate sensor is a little bit better and will give more accurate readings even when used during hard workouts.

If you really were to break open the core units, you would also discover a three-axis accelerometer and a vibration motor; in the Charge 3, you would also uncover an altimeter for tracking levels and a relative SpO2 sensor. The final item on this list is a blood oxygen monitor that, once it is put into use by Fitbit in the real world, might be utilized to diagnose sleep apnea as well as other medical disorders. It is merely waiting there at this moment.

Each of these wearables comes with a battery life of around seven days on a full charge. This is above average, which bodes well in comparison to the other offerings on the market.

This kind of battery capacity is highly noteworthy on the Alta HR, given how tiny the device itself is. Fitbit deserves praise for choosing not to prioritize product lifespan over the addition of new features. The battery life of the Charge 3 will be approximately 40% longer than that of its predecessor, which is a significant improvement over its predecessor.

The greater contrast may be seen in its resistance to water. Because it has a water-resistance grade of 5 ATMs, the Charge 3 can survive being submerged in water for depths of up to 50 meters. It will also keep track of the length of time you swim. Those who are planning on submerging Alta HR underwater should rethink their strategy. The water resistance of the wearable is limited to perspiration, rain, and splashes. Since Fitbit, on the other hand, has perfected the skill of making their smartwatches water-resistant, we are confident that the next edition of Alta will be able to withstand being submerged in water.

Whenever it comes to basic fitness tracking around the clock, either of these two devices will get the job done. It shouldn’t come as a surprise given that this is where Fitbit truly shines. They will monitor your heart rate as well as your steps, distance traveled, calorie consumption, and sleep (including the stages of sleep) (including current, resting, and heart rate zone information).

If you’re having an especially sedentary day, you’ll also receive reminders to get up and move as well as inspirational quotes. The automated action identification ensures that you will receive credit for your workouts even if you fail to log them manually.

The Charge 3 does, however, come with quite a few additional activity-tracking accessories.

To begin, the device’s altimeter will provide a tally of the number of floors that have been traversed. It is not something that can be obtained through Alta HR. The most recent fitness tracker from Fitbit displays real-time statistics on the screen during exercises and can also keep tabs on your swimming sessions.

Then there are measurements that are considered to be more advanced, such as VO2 Max. This meter, which assesses your fitness level essentially by measuring how many millilitres of oxygen are consumed per kilogram of body weight every minute, is measured in millilitres. This feature is not available on the Alta HR because the device does not have a “Connected GPS.” This means that it is unable to tap into the GPS signal that is sent from your smartphone. This is something that is helpful for people who run frequently because it improves the accuracy of their statistics and creates a map of their path.

However, that is not the end of the list. Let’s not overlook the Breathing Sessions that will help you stay stress-free, the feature of Female Health Tracking, the auto-stop tool that is available for sprinters, and something that Fitbit calls Goal-Based Exercise. This gives you the ability to tailor your workouts to a precise number of calories burned. You won’t find any of these features on the Alta HR, but they’re all available on the Charge 3.

When it comes to intelligent features, there are also quite a few distinctions between the two. The explanation for this is that the Charge 3 is actually a wristwatch that has the appearance of a fitness tracker.

While both devices are capable of displaying standard notifications, only the Charge 3 allows Android users to respond to text messages and provides the choice to either accept or decline incoming phone calls. The slightly more expensive Special Edition version of this product also comes with an NFC chip that lets you make payments without touching anything.

Apps are included with the Charge 3, just like they are with the Versa and the Ionic. The listing is not very big at present, but it will be expanded in the months to come to include popular applications that were developed by third-party developers. On none of these devices is there an option for offline music storage, nor is there a way to remotely manage the music playing on your smartphone from your watch.

The Verdict Between the Fitbit Charge 3 and the Alta HR

These two types of wearables are distinct from one another in a number of important ways. It’s clear that the Charge 3 has a lot more features than the Charge 2, both in terms of activity trackers and smart functions.

The most recent wearable from Fitbit gives you access to a larger screen, an altimeter for tracking levels, connected GPS, water-resistance and swimming monitoring, real-time metrics while you exercise, Vo2 Max, Breathing exercises, and other features. The examples are endless. That is not to imply that Alta HR is not great at tracking the fundamentals of activity and providing detailed stats on sleep. Simply put, it lacks many of the capabilities offered by the Charge 3.

The sleeker appearance of the Alta HR compared to that of the Charge 3 is the primary benefit of using the former. It is less bulky, more refined, and more compact than the other option. A favourable pricing differential exists between the two options as well.

Therefore, it boils down to a matter of personal taste. Do you prefer a fitness tracker that is extremely tiny but offers many of the fundamentals when it comes to tracking your fitness, or would you be better off with something bulkier but offering a significantly greater number of features?