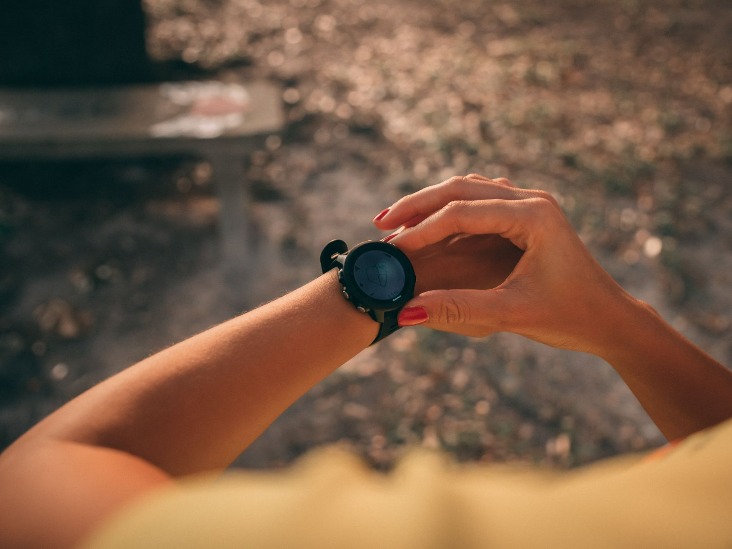 Garmin Forerunner 245 versus 45: Design and components

The Forerunner product range from Garmin has been updated for 2019. You have the option of purchasing either the Forerunner 245 or the Forerunner 45 if you are looking for a running watch but don’t want to spend too much money. Both were made available sometime during the spring.

The first one is an improved model of the already successful Forerunner 235. When compared to the introduction of its predecessor in late 2015, which was a very, very long time ago in terms of wearable technology, the next iteration has been in development for a very long time. The second watch, which comes in at a lower price point than the Forerunner 35, offers an alternative.

Garmin Forerunner 245 versus 45: Design and components

Both the Forerunner 245 and the Forerunner 45 have a similar appearance. In keeping with the design aesthetic of the rest of the Forerunner series, they have a circular display and five physical buttons, with two located on the right and three on the left. On the screen, there are markings that aid to remind you of their functioning. These markings include start/stop, back, down, up, and last. The start/stop button has just been given an alluring coloured line surrounding it.

The 245, in comparison to its predecessor, is both somewhat more compact and lighter. It weighs 38.5 grammes and has precise measurements of 42.3 by 42.3 by 12.2 millimetres (mm). There is just one size available for selection.

On the other hand, the 45 may be purchased in two different sizes, both of which are lighter and more compact than the 245 in question. The dimensions of the standard 45 are 42 by 42 by 11.4 millimetres, whilst the 45S variant has dimensions of 39.5 by 39.5 by 11.4 millimetres. Although they are all designed to be worn by either gender, the second one is definitely intended for individuals who have wrists that are not as large.

Under the hood, there are a few significant changes that should be kept in mind. Both a compass and a pulse oximeter, which measures the amount of oxygen in the blood, are included in the 245. These are not included with the 45. Other sensors remain the same, and they feature compatibility for GPS, GLONASS, and Galileo satellite systems, as well as Garmin’s new ELEVATE heart rate module. The barometric altimeter necessary for counting floors is absent from both of these models.

The Garmin Forerunner 45 will be an entry-level running watch that is simple, straightforward, and not overly expensive.

We have indicated that there is just one size variety available for the 245. Nevertheless, there is a second version available, and this one takes the shape of a music version. This one comes with play controls for music, which is pretty obvious given its name. In addition to that, it has an internal storage capacity of up to 500 songs.

The 245 and the 45 both have a great water-resistance of 5 ATMs, however, the 245 is the only model that records swimming. In smartwatch mode, the duration of the battery life is not much different. You should be able to get along with around one week in between charges. If you turn on the GPS, the 245 will continue to run for approximately one day, while the 45 will continue for 13 hours.

Comparison of the Garmin Forerunner 245 versus the 45, highlighting activity tracking and intelligent features

These 45 are designed for individuals who are interested in making a start in the field of running watches, and the 245 are intended for casual and semi-serious runners. Aside from the inclusion of a pulse oximeter, there is no discernible difference in the characteristics of either device when it comes to its capacity to function as a daily fitness tracker. Additionally included in the 24/7 functionality are stress tracking, incident detection, and the brand new Body Battery.

The quantity of running metrics that each of these devices will provide you with is the primary point of differentiation. The fact that the 245 offers a number of extras, such as Training Status, Training Load, Training Effect, Performance Condition, and a lot of other things, shouldn’t come as much of a surprise to anybody. However, you should be aware that there is a handful on the 45 as well. These include VO2 max, Fitness Age, heart rate zones, cadence, and a few more.

However, it is not the end of the accessories that come with the 245. Only the model 245 of the two watches are capable of tracking swimming, despite the fact that both are water-resistant to depths of up to fifty metres. Other features that are exclusive to this watch include automated rep counting, strength exercises, and cardiovascular workouts. In addition, there are a greater variety of cycling profiles and performance indicators, and the watch comes equipped with features for mapping outdoor leisure.

Both watches are capable of sending out alerts, but only the 245 model allows Android users to react to or decline incoming phone calls using text. Both watches are far from becoming fully-fledged smartwatches. The watch with a higher price tag also comes equipped with downloadable data fields, widgets, and applications.

The Garmin Forerunner 235 has been the go-to watch for runners for a very long time. The 245 is an excellent choice to succeed in it. The Garmin Forerunner 45 is an alternative for people who are searching for an introduction to the field of running watches because it does not have as many functions as other models. It is less expensive, often retailing at a third less than the price of the 245 that does not include music.

The 45 will be plenty for your needs if you go for runs and rides here and there sometimes. You will receive a precise device to wear on your wrist that comes equipped with a built-in GPS for the purpose of mapping your outside workout. On the other hand, if you take your running more seriously, you could decide that the additional features that come with the 245 are worth the additional money.

You may place an order for the 245 and 245 Music on the website of Garmin. The music edition of the game will set you back $349.99, while the ordinary version will cost you $299.99. Both may be purchased in your choice of colours, which include White, Black, Aqua, Slate Gray, and Berry. The Forerunner 45 may be purchased for a price of $200. Additionally, the watches may be purchased via Amazon.com.