Top 10 Characteristics and Features of an Altar of the Dead 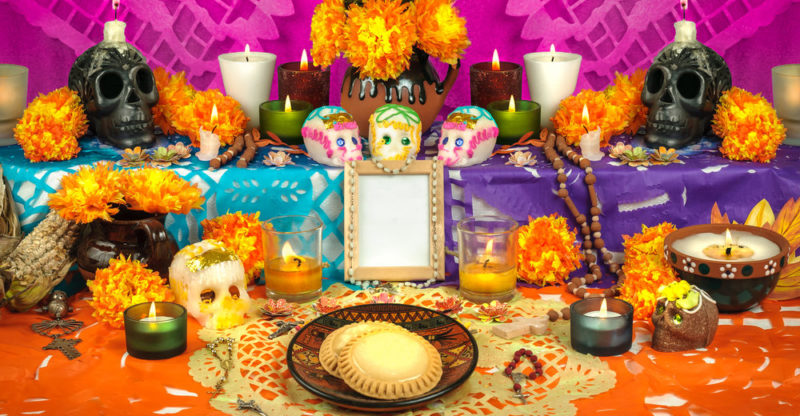 What is an altar of the dead?

We explain what an altar of the dead is, how it originated, and the types that exist. Also, what are their characteristics and what do they represent.

What is an altar of the dead?

The Day of the Dead is celebrated on November 1 and 2 , although in some regions of Mexico it begins on October 31. This festivity comes from pre-Columbian times and was later combined with Christian festivities such as All Saints’ Day.

Currently the holiday is beginning to merge with the American tradition of Halloween .

Although they have characteristics in common, the altars of the dead differ greatly depending on the Mexican region , some are only three levels and in a restricted space, others are spread over the ground , others include varieties of traditional foods.

Although the oldest origin of the altar of the dead can be found in the Aztec culture , the current form it takes has a mixed origin: on the one hand, pre-Hispanic beliefs about death and the return of the dead, and on the other hand Christian beliefs. that can be observed in the presence of the cross.

In pre-Columbian funerary rites , everyday objects of the deceased were presented at the burial to accompany them on their journey to the other world. These offerings are the antecedent of the elements that are presented in the current altar of the dead. 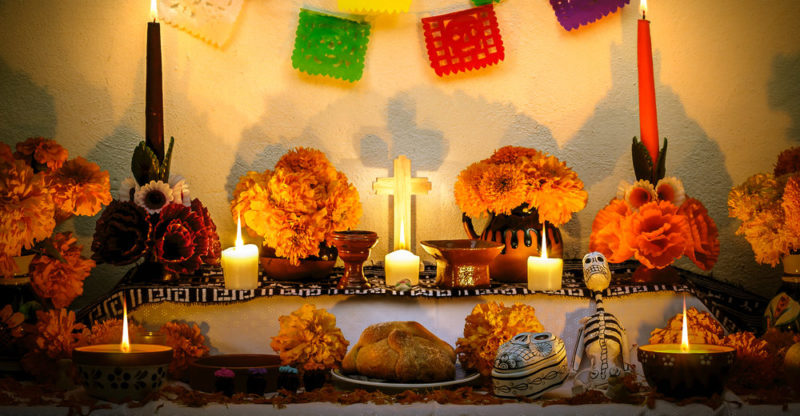 In the two-level altars, one represents the sky and the other the earth.

In addition to the differences found in each region, the altars are classified according to the levels they have: 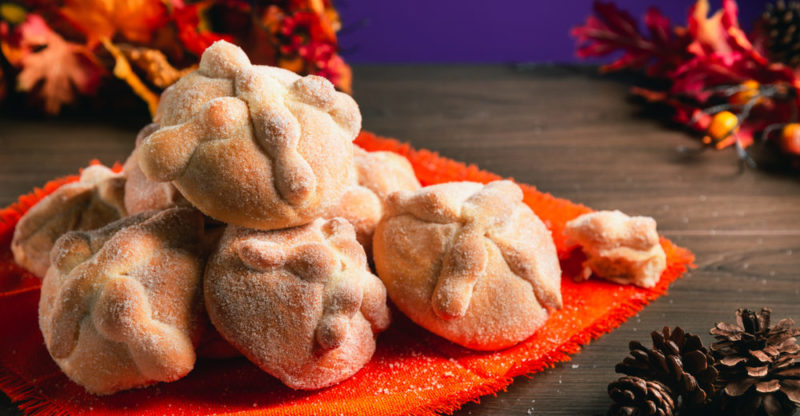 The bread of the dead can be decorated with strips that represent bones.

The foods that are presented at the altar can be the favorite dishes of the dead person being honored or simply the typical dishes of the area.

There is a traditional food specific to this festivity: pan de muerto . It is a sweet bread that can be decorated with strips that represent bones or with sesame seeds that represent the tears of the dead. 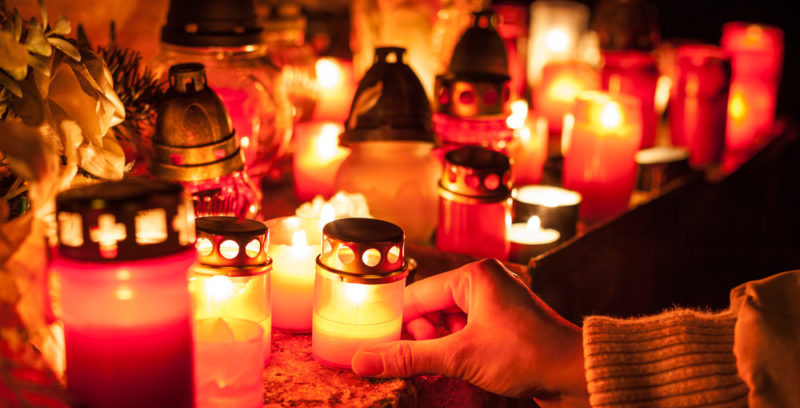 Candles are a way to guide and attract spirits.

Candles are present in almost all altars since fire is an element present in both pre-Columbian and Catholic rituals. They can be white or colored wax.

Both candles and campfires or torches are a way to guide and attract the spirits.

Water is often present on altars , mainly to quench the spirit’s thirst . However, water can also be present as a symbol of purity.

They also offer “drinks” or favorite alcoholic beverages of the deceased such as tequila, mezcal or pulque. 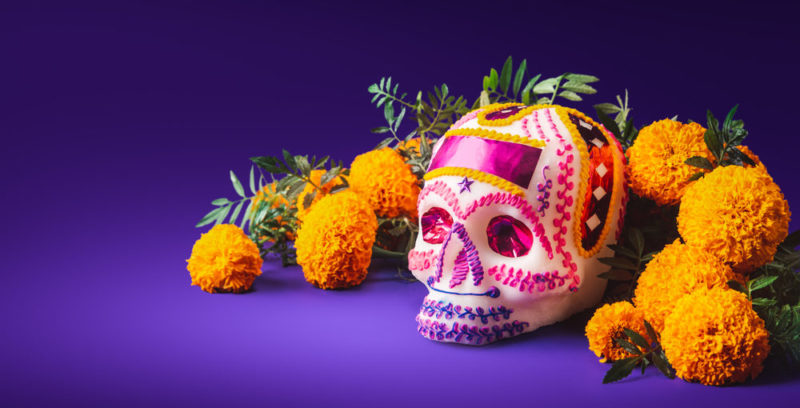 The altars are decorated with skulls and skeletons adorned with flowers.

Sweets traditionally made of sugar in the shape of a skull are characteristic , which can also be made of chocolate or amaranth.

On the Day of the Dead, skulls are not only present on altars but are also sold at street stalls to be tasted.

In addition to skulls, representations of death such as complete skeletons , dressed in festive clothing and adorned with flowers , are frequent on altars and other Day of the Dead decorations .

The crosses and other Christian elements are evidence of the fusion between the pre-Hispanic tradition and the new Catholic beliefs . The cross is usually on the highest level of the altar, especially those with two or three levels. It can also be made of flower petals.

Rosaries belonging to the deceased who is to be honored are usually included . On the other hand, if the cross is on the ground and is made of lime, it represents the cardinal points. 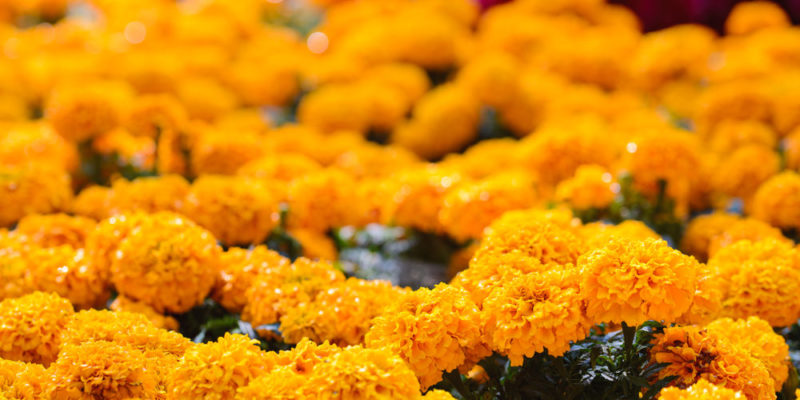 Flowers give altars an attractive look and feel.

Flowers are a common form of offering to the dead in many different cultures . On the altar of the dead they are presented many times with different designs that make the altars attractive to the eye and to the smell.

As was the case in Aztec burials, when an altar for the dead is prepared for a member of the family , personal objects such as combs or photographs are included . In the case of children, their toys are presented to brighten their visit.

Although it seems like a modern invention, papel picado has been used in altars for the dead since pre-Columbian times , with paper made from the bark of trees.