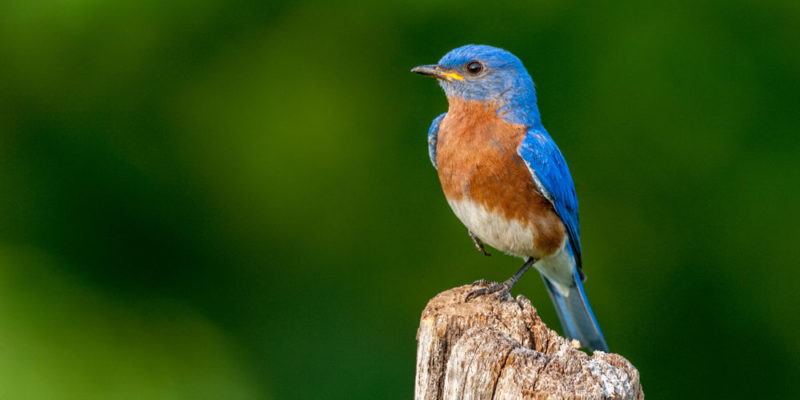 We explain what birds are, their evolution, form of flight and feeding. In addition, its characteristics, reproduction and more.

Birds are a class of warm-blooded, vertebrate animals , whose body is covered with feathers of different colors and whose light bones allow them in most cases to fly, jump or at least stay in the air .

Not all birds are capable of flight , but many swim, glide, jump, or even run fast. Many of them are popular as pets, especially those with a melodious song.

Although there are various theories regarding the origin of birds, the most accepted one suggests that they come directly from the dinosaurs , being the closest existing animal group to the deinonychosaurs, which together with the dromaeosaurids and troodontids constitute the group of parabirds .

Key to the formulation of these evolutionary theories was the finding of the Berlin Archeopteryx fossil , a dinosaur from the Upper Jurassic whose body, covered in feathers, was twisted in a manner very similar to those observable in modern bird carcasses. Even so, the most plausible avian ancestor discovered is held to be the Avimimus of the late Cretaceous period . 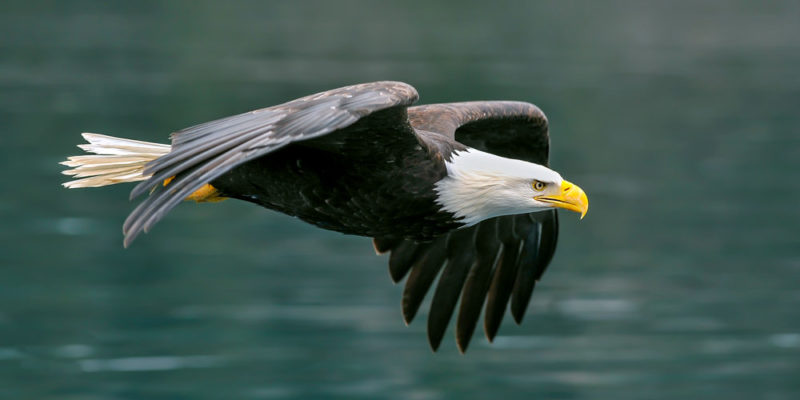 The flight drove most of the changes present in the body of the birds.

Although not all bird species can fly (penguins swim, for example, and ostriches run), it is one of the distinctive features of this class of animals, since the ability to move from one ecosystem to another and even from proliferating in isolated territories without major animal competition, allowed the enormous diversification of avian species.

On the other hand, the faculty of flight drove most of the evolutionary changes present in the aerodynamic body of birds, from powerful pectoral muscles that accompany the transformation of the forelimbs into wings, to the development of hollow, light bones, in connection with the powerful respiratory system , one of the most complex in the animal kingdom .

The air from the birds’ breath is distributed between the lungs and the various bone cavities, in order to keep the metabolism hyper-oxygenated and to be able to take flight for long periods.

Similarly, the lower extremities, the only ones free during the flight, were adapted for a solid strong grip from a strong metatarsal, essential in preying and for clinging to tree branches, but also a guarantor of stability on the ground . 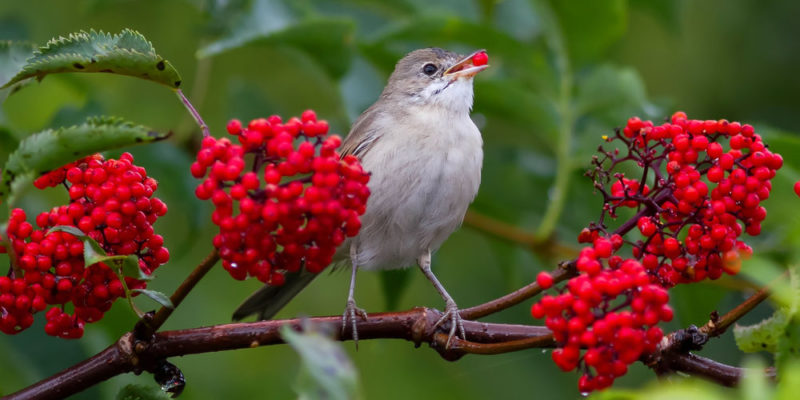 Birds have a digestive system adapted for the digestion of whole pieces.

Bird diets can be extremely varied, ranging from nectar, fruits and vegetables, leaves and seeds , insects , fungi , carrion, and small animals: fish , rodents, reptiles , and even other birds or their eggs.

The enormous avian diversity has also allowed them to adapt their beaks to their favorite nutritional source, an extremely evident trait in species such as the woodpecker, the pelican or the hummingbird. Their nutritional needs for flight are high , so they have developed a fast digestive model.

Not having teeth, birds cannot chew their food, so they have a digestive system adapted to the digestion of whole pieces , often using small stones that they swallow and store in the gizzard, to grind food and facilitate digestion. digestion.

Many birds prefer a solitary or small family existence , especially those dedicated to predation. While most small birds are organized in flocks that can reach significant proportions.

Given their high capacity for intelligent thinking, birds are capable of efficient modes of socialization, in terms of food and security , and can even embark on symbiotic relationships or commensalism with members of other species, as do herons that They feed on parasites in the fur of large mammals . 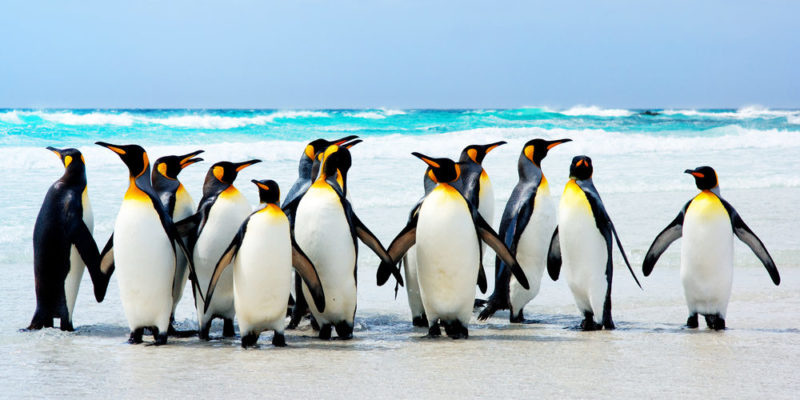 95% of bird species are monogamous.

The birds are oviparous, so that once fertilized during intercourse, the female lays eggs with a calcareous shell , which are then hatched until they hatch.

The interesting thing about bird intercourse is its complex mating rituals , in which the male usually attracts the female by displaying the colors of his plumage, his song and even building the best possible nest with branches and material that he collects from the birds. surroundings.

95% of bird species are monogamous , which allows extensive biparental care until the brood is carried out. In this way, in addition, the territory around the nest can be defended, guaranteeing food for the chicks.

Many of the bird species migrate, taking advantage of the climatic difference between the two hemispheres to optimize their food sources or to carry out the breeding season. Some of these migrations are annual, for which animals prepare by maximizing their fat and water reserves .

Considering that land birds have a maximum radius of autonomous flight of about 2,500 km and waders of about 4,000 km, it is understood that a total distance that often exceeds 10,000 km is an important energy investment in the life of the bird. 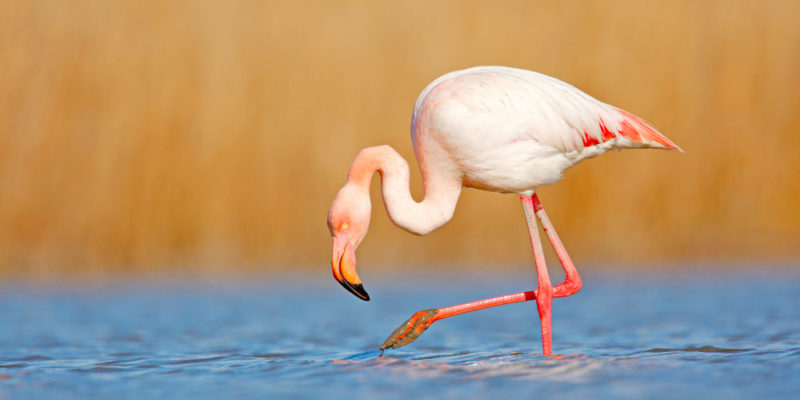 Birds are the most numerous vertebrate animals in the world.

There are about 9,000 species of birds , which makes them the most numerous vertebrates in the world, well above amphibians and mammals. They have colonized all possible habitats: desert , insular, jungle , mountainous , maritime , Mediterranean, polar.

The taxonomic group of birds is regarded as a class in traditional zoological systematics, but not in modern classifications, for which it is placed within the superclass tetrapods .

Many of these discrepancies regarding their classification are due to the various existing theories about their evolutionary origin, and the blurred boundaries between avian and non-avian animals resulting from the successive archaeological discoveries of primitive birds and intermediate links prior to their existence. 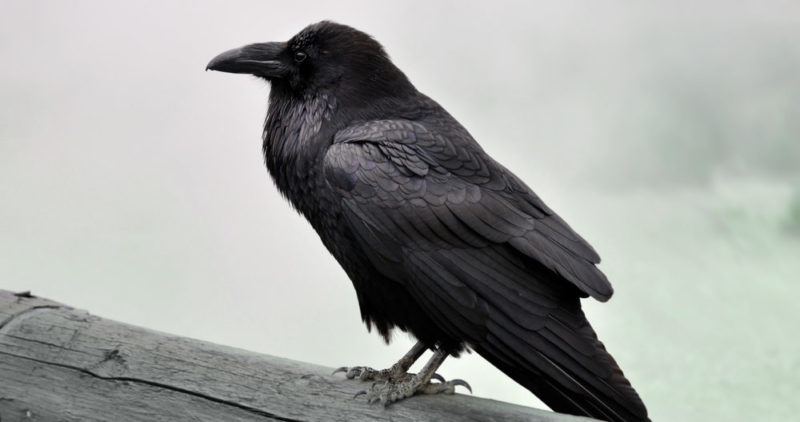 Birds have fascinated man since the earliest ages . His ability to fly has been a source of inspiration for legends , such as the Greek story of Icarus, and for inventions such as the paraglider and the airplane. Conquering that inaccessible frontier of the sky and rubbing shoulders with the birds has been a human obsession that only the last century could be realized.

Some are considered heavenly messengers or emissaries of good news , while others, such as the vulture or the raven, are considered evil or ominous. The eagle and the falcon have inspired numerous imperial banners and have been part of the Western imagination since early times: the griffins (half eagle - half lion ), the rocs (giant birds) or the mythical phoenix, capable of reviving from its ashes.

Other more domestic birds are still part of the human habitat, such as parrots and cockatoos whose ability to imitate human language has given them a place as pets; or chickens, turkeys, ducks and other farmed birds that play an important role in the human food industry and in the manufacture of numerous products, such as pillows from feathers.

More than 120 species of birds have become extinct since the 17th century and there are more than 1,200 threatened species today , which points to the violent interference of man in their natural habitats, to hunting and capture, due to the decorative nature of their plumage and often to the harmony of their song.

Avian species are among the most affected by oil spills and other high-impact ecological accidents, which is why the main ecological efforts in the world focus on the conservation of these animals. It is estimated that 16 species have been saved from extinction between 1994 and 2004, but many others have no choice but to disappear.