10 Definitions and Characteristics of Bullying 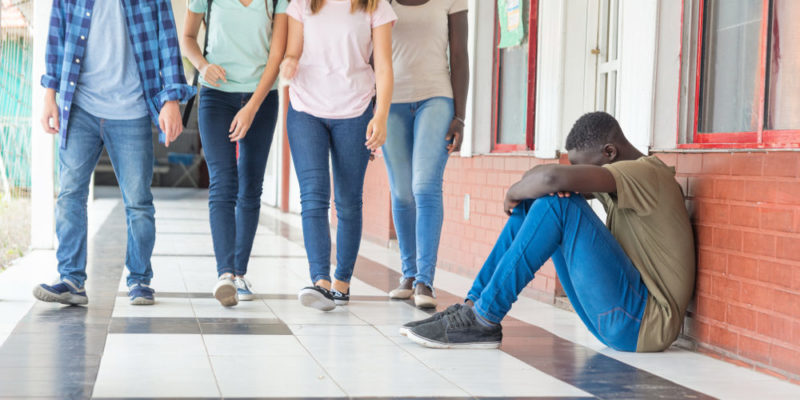 Guilt of the victim

Consequences on the victim

Consequences on the aggressor

Consequences in the group

Bullying in other areas

We explain what bullying is and what its main characteristics are. Also, the types of bullying and how it can be prevented.

Bullying, a word from English ( bully - abusive), is prolonged harassment in a generally school environment and in adolescents , although there is also the case of bullying between adults and in work environments, which is less publicly exposed.

Bullying is extremely frequent in school settings and, precisely because at school age the individual’s psyche is being constituted and he is learning to manage his emotions , it is a highly destructive phenomenon that leaves very lasting consequences on the person.

What is even more serious is that bullying tends to go unnoticed, since social and collective pressures on the victim prevent them from asking for help , in much the same way as it does in the case of women abused by their partner. This certainly points to something wrong with our early relationships that requires revision.

One of the clear characteristics of bullying is that it is usually suffered by victims reduced either physically or socially to defenselessness , both by the abusive and, often, by the group that validates or celebrates the abusive behavior of the latter. This only makes bullying even more cruel, because the group actively or passively takes it out on a suffering individual. 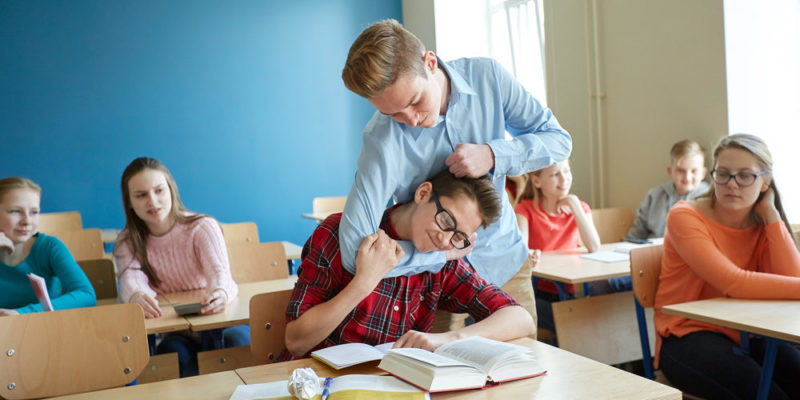 In physical bullying, the aggressors intimidate through blows and threats.

There are several forms of bullying, which can occur simultaneously, namely:

Bullying does not occur on all occasions, nor does it always occur in an obvious and open way , so the school authorities must remain alert and know the life of the students on the premises. It can even occur outside of it.

That is why it is said that bullying is systematic, since it is sustained over time , it is not something occasional or occasional, but at the same time strategic, since the aggressor will always know when to act and when not to. 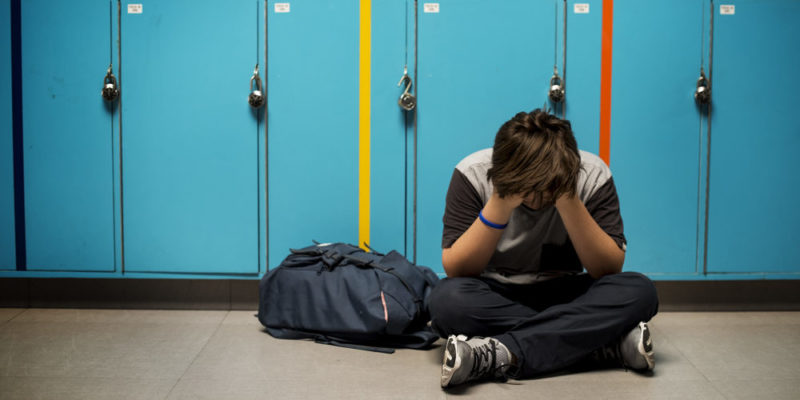 The victim may feel excluded from empathic feelings.

The group’s state of passivity, which endorses the abuse to which the victim is subjected by inaction, fosters a state of defenselessness , which is excluded even from empathic feelings and solidarity.

Thus, the problem is usually reduced to the lack of courage or aggressiveness of the victim, who also becomes guilty of the violence that is exercised against him.

Victims of bullying suffer from fear and rejection of the context in which they suffer from the bullying , which translates into other consequences such as poor school performance, rejection of school , and, much more serious still, loss of self-confidence, feeling frustration and anger, impotence, severe damage to self-esteem and, eventually, they can adjust to reproduce the cycle, becoming bully as well. 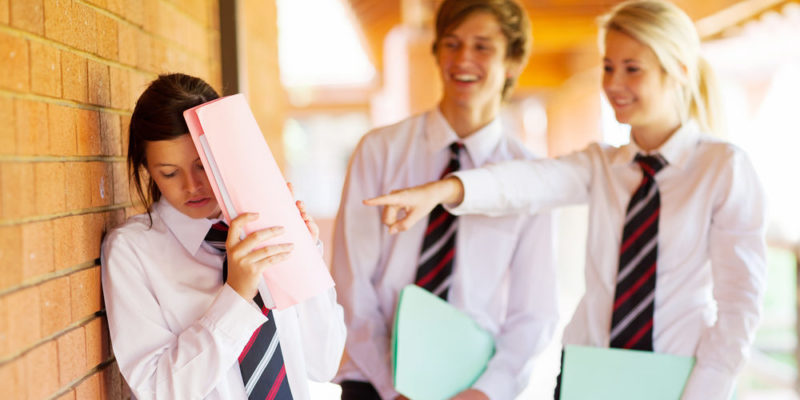 Aggressors may recreate criminal patterns in the future.

The consequences of harassment in the aggressor or aggressors are no less important, since the relevant empathic and emotional learning is truncated in themselves , reinforcing a violent mode of interaction with others that can later be translated into abuse and even crime patterns.

The passivity of the group in the face of the systematic and sustained abuse of a defenseless member teaches them apathetic values, lacking in solidarity , and diminishes their ability to sympathize with the pain of others, or to provide help to those in need.

Thus, an insensitive community is built , which naturalizes violence and aggression, and distrusts institutions and authority as solutions to mediate a dispute. 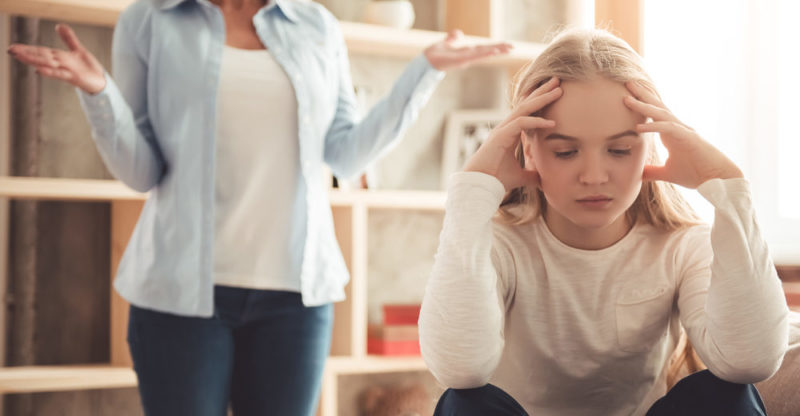 Violent school behavior is a sign of covert parenting problems.

The motivations for bullying can be very varied. Many abusers are in turn victims in other circumstances , who to compensate themselves for the mistreatment suffered (at home or in other areas) assume the role of abusers, embodying the problem and reproducing it. The abusive-victim cycle is self-perpetuating.

Violent behavior at school is usually a sign of hidden problems in parenting, at home, or in the parental relationship, which should be addressed in a timely manner by the school and by school guidance professionals. 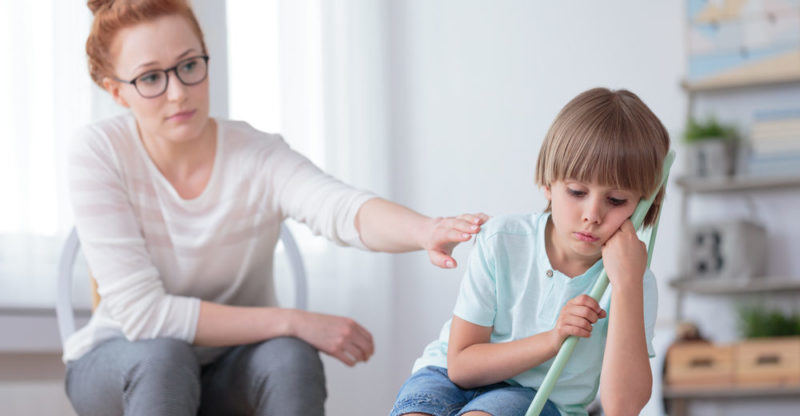 Proper psychological care is a good way to prevent bullying

The prevention of bullying implies, on the one hand, greater vigilance and a more intimate commitment on the part of teachers with young people in the classroom, who will not always be willing to confess the abuse they receive, since the wrong intervention of teachers It may well increase or emphasize the harassment even more, in retaliation for having made the report.

In general , due psychological care, a correct parent-teacher dialogue and above all a peaceful school environment and in which the group is given the correct guidance towards the rejection of violence and the culture of peace and acceptance, can be useful keys to prevent this scourge.

Many parents prefer to teach their children self defense methods , which is not a bad idea in the sense that it allows them to rebuild their self-confidence and deal with an eventual aggressor. But the solution as a society lies in education and in making bullying visible, which is often naturalized as “games” or “jokes” and is allowed to continue to exist. 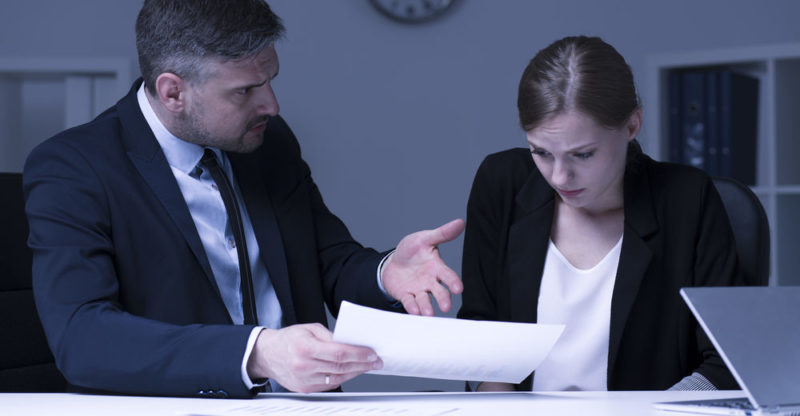 Bullying can be found in all areas of society.

There is also harassment in the work, student and personal spheres of adult life , since this type of behavior, by not being corrected in time, is perpetuated in the lives of individuals.

A society of abusers is a society governed by the most primitive , unhappy and degrading impulses that, eventually, will corrode the exercise of politics and coexistence at even more worrying levels.