What is Collaborative Work? Know The 10 Features, Examples and Characteristics 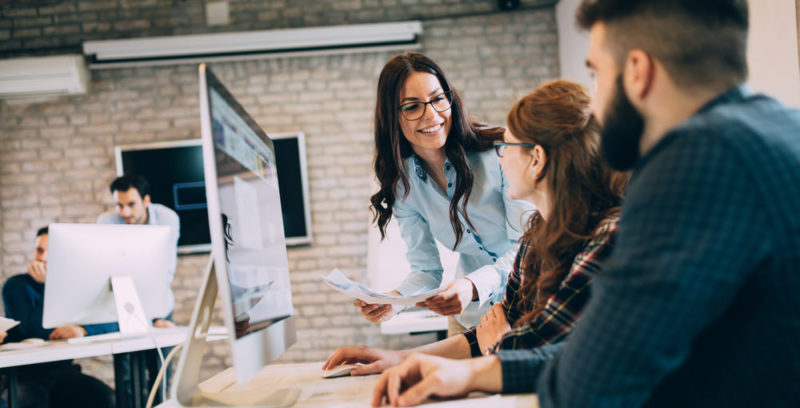 What is collaborative work?

No author, only collaborators

technology as a means

We explain what collaborative work is and what its advantages and disadvantages are. In addition, its characteristics and what is teamwork


What is collaborative work?

Collaborative work is a form of mass knowledge , based on the individual contribution of a human group with varying degrees of specialization in different subjects and a common motivation . Or, as it is known in digital Internet slang , a ‘ Wiki ’, like Wikipedia .

The inventor of the term, a Harvard Law School professor named Yochai Benkler, defines it as: “ The system of production, distribution, and consumption of information goods that is characterized by decentralized individual actions, executed through widely distributed means. and oblivious to the market and its strategies ”.

Collaborative work is an increasingly fashionable exercise of knowledge accumulation on the Internet , where everyone puts their grain of sand to assemble a high-end product without resorting to institutional monopolies of knowledge. 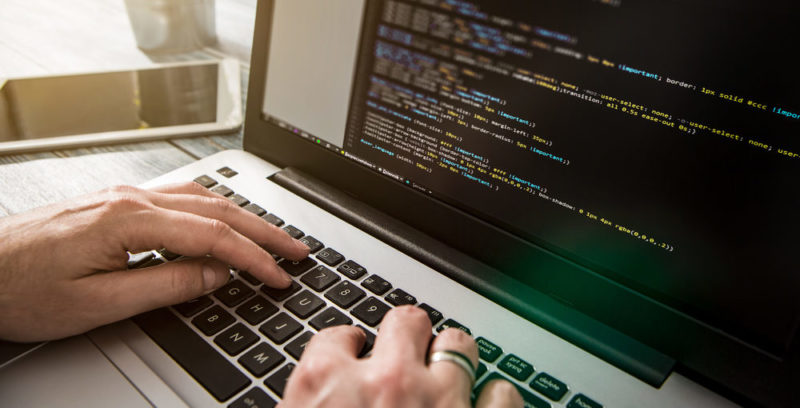 In an open code any knowledgeable user can collaborate.

Before the term for this type of Internet work was invented in 2006, there were already initiatives that put it into practice, such as open source digital programs (GNU/ Linux , Apache) .

The operation of these open source programs was based on the fact that any user with the appropriate knowledge could “own” the programming and intervene in it at will, as long as they freely shared the result and did not earn any capital by doing so.

Another example is the largest collaborative work initiative in the world to date: Wikipedia , created in 2001 as an open source encyclopedia, where any collaborator could enter, correct or update data and information, thus achieving a living encyclopedia that it is today. one of the 10 most visited sites on the entire Internet. 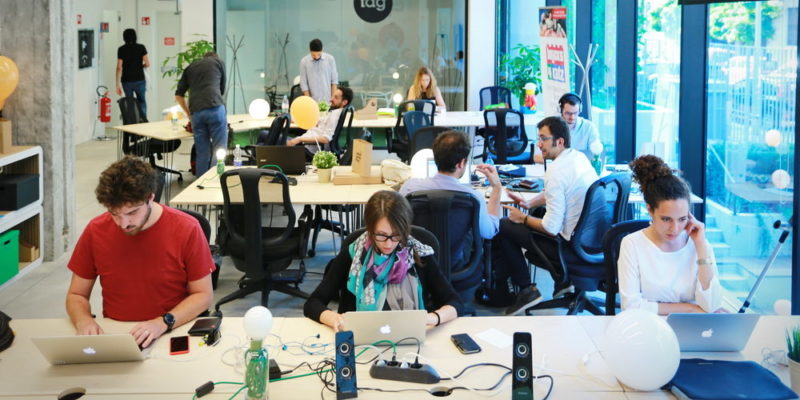 Teamwork is led by managers and coordinators.

Although teamwork and collaborative work are often used synonymously, they are two different methods:

An important aspect of this type of information production is that although each individual starts from their individual knowledge to contribute to the ‘Wiki’ , no one assumes individual authorship of anything: no text is signed, no name is linked to what is written or has ownership over it.

In addition, most of this type of associations share their content based on collective and shared authorship licenses (such as Creative Commons). 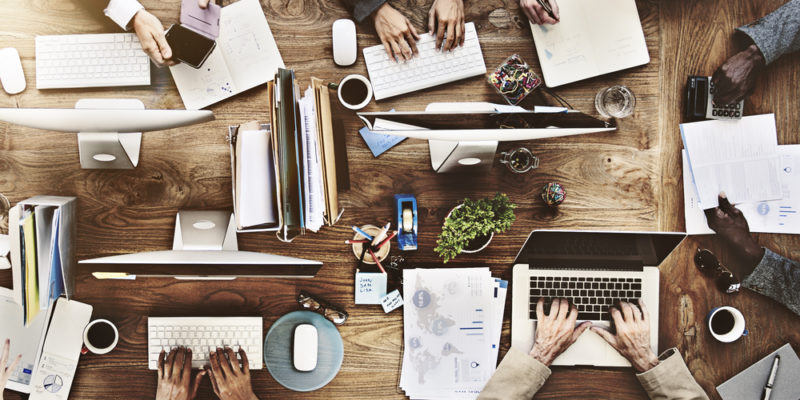 In collaborative work, competition is not privileged.

Devoid of any formal obligation towards the project (as well as any capital gain), the collaborators usually do so driven by a common perspective or need satisfied from the joint generation of knowledge. Instead of privileging competition, collaboration is encouraged.

And although these motivations are usually based on a certain idea of altruism and a vocation for knowledge, in this it operates in a similar way to crowdfunding , where an investor mass supports an individual project to start it.

The collaborative work experience expands to communities spread throughout the world thanks to the emergence of the Internet as a tool for global interconnection and large-scale data exchange, allowing the free association of individuals from different countries, nationalities and cultures around to a related target.

This means that often the collaborators of the same project have never seen each other in person , nor do they share much information that is not related to the project they work together.

If we add to this the subsequent appearance of individuals who were not present at the beginning of the project, but who add and correct and update the information, we will realize the complex structure of interaction that is woven from a human group separated by thousands of kilometers And that thanks to recent technological facilities. 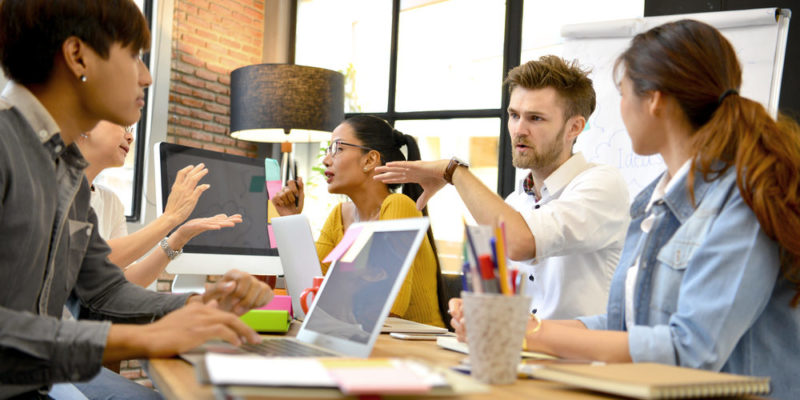 The learning groups would be focused on the exchange of experiences.

A recent application of this type of process has been around the new educational proposals, which seek to take advantage of the avant-garde cultural offer to promote the free reach of knowledge.

This would take place through group learning networks , whose axis would be centered on the exchange of experiences, the joint production of projects and innovation in the way of carrying out research. In this way, the classical notion of individual acquisition of knowledge is overcome and we move towards more massive and integrating methods, whose meaning is peer learning. 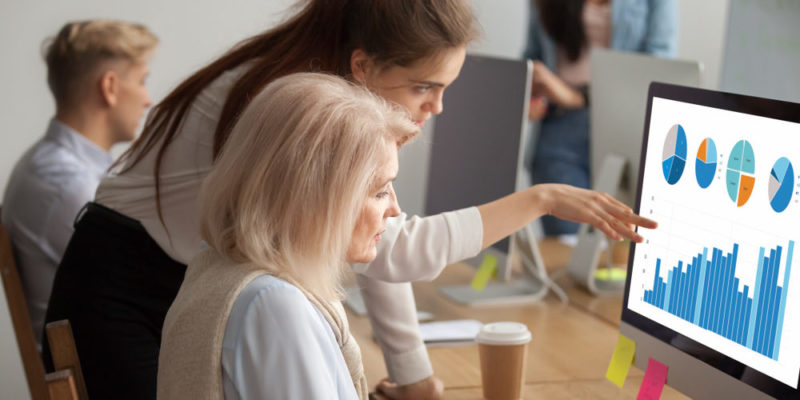 There are companies that implement massive business models.

Not all collaborative work projects are necessarily nonprofit, however. It is perfectly possible for a group to organize itself based on this model or a similar one, to jointly undertake a project that brings dividends.

In fact, there are companies that incorporate this method into their work dynamics , based on the micro-exploitation of thousands of collaborators , called clickworkers , around the achievement of a financial objective.

One of the first tasks carried out in this way was a project to map and classify the craters of the planet Mars , based on information collected by NASA. The dissolution of the work in small individual plots allowed it to be carried out in record time, maximizing the workers and minimizing the work time. During the first six months of the project, 85,000 volunteer users joined.

There are numerous experiences of interest in this type of joint work , apart from those that we have already mentioned. The Latin American Network of Portals (RELPE), for example, has successfully carried out pilot educational programs whose main pivot is this type of initiative for the circulation of knowledge and participatory learning.

The National Autonomous University of Mexico (UNAM), for example, held the first WikiUnam Editathon in 2015 , a space of twelve continuous hours of correction, updating and generation of open content for Wikipedia, aimed at middle and higher education . 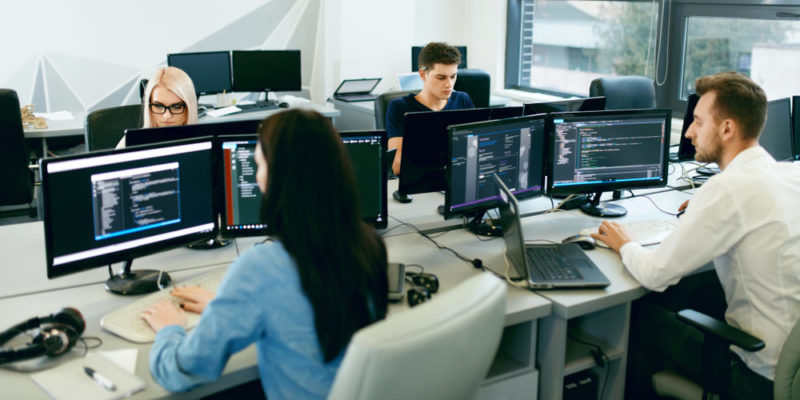 Collaborative work frees the team from the need for someone to control.

The powers of this method are several, and lie more than anything in the maximum use of time , especially in the face of large volumes of work or knowledge.

The division by parts of the whole makes it possible to deal with it in a decentralized manner, which frees from the need for a controlling leadership or a distribution of work that first requires intensive training of personnel. In this type of associations, each one provides from their area of expertise and their very personal availability.

On the other hand, the heterogeneity implicit in the method (one of its main foundations and values) requires a revision and rewriting process that is also off-center , not very homogeneous, which could be detrimental to the less popular or favored areas among collaborators.

Similarly, continuous editing confers a state of permanent transience to the material , which promotes mistrust by those who expect a classic and authoritative information model. Legitimization, as is often the case in the 2.0 community, must be based on other types of functional strategies.