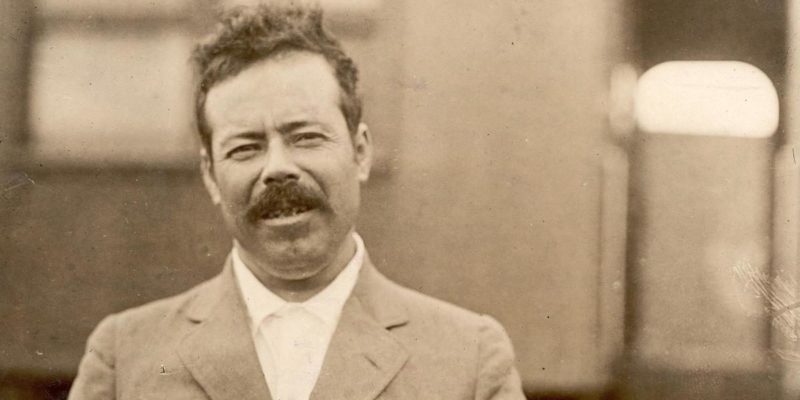 Who was Pancho Villa?

Origin of the pseudonym

Entry into the Mexican Revolution

We explain who Pancho Villa was, where he was born and his role in the Mexican Revolution. In addition, its characteristics and famous phrases.

Who was Pancho Villa?

José Doroteo Arango, better known as Francisco Villa or as Pancho Villa, was a Mexican revolutionary leader, general of the northern division of the revolutionary troops, nicknamed the “Centauro del Norte” during the Revolution.

A key player in the insurrection against then-President Victoriano Huerta, he was provisional governor and leader of the Mexican state of Chihuahua.

He was followed by a group of “Villistas”, recognized for their gestures of forced redistribution of wealth: seizing their land from landowners to give it to poor peasants, taking over trains, and using fiduciary money to pay for their cause.

Numerous corridos and popular songs consecrate his name among the national social heroes, although in many others he is considered a kind of just bandit, as a kind of Robin Hood. In fact, it was not until 20 years after his death that he was accepted into the pantheon of Mexican national heroes.

Doroteo Arango was born in Durango, Mexico, in 1878 , it is unknown if in San Juan del Río or in Rancho Grande. During his young years he was a woodcutter, farmer and merchant, until one of the sons of a local landowner where he worked raped his sister and was later killed by him in revenge. From then on Arango was a fugitive from the law for almost 20 years.

Origin of the pseudonym 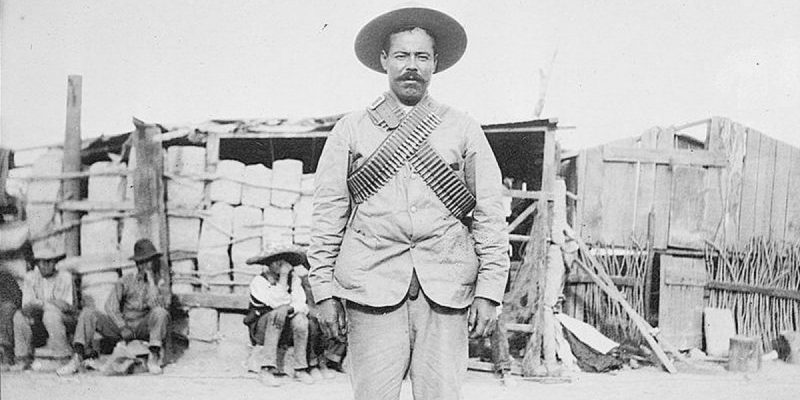 Pancho Villa led the gang of bandits that rescued him.

Arango was rescued by a group of bandits , whose leader was named Pancho Villa, and he struck up a friendship with him. Upon the death of the gang leader, Arango decided to adopt his name as a pseudonym and since then he has been known as Pancho Villa.

From that moment on, he led the gang and led it towards the ideals of popular justice , stealing and subjugating those they considered part of an oppressive system that was unfair to the underprivileged classes.

There are different versions of this fact, some of which assume that Arango was an illegitimate son who adopted his maternal grandfather’s surname, or that it was simply his name of “cuatrero” (bandit).

Entry into the Mexican Revolution

Villa enters the revolutionary ranks in support of the ranks of Eduardo Madero and against the regime of Porfirio Díaz , known as the “Porfirato”. There he was educated politically and went from being a guerrilla fighter to a fearless and organized soldier, and then a battle chief with notable triumphs in the north.

He later defended the Maderista government and joined the Federal North Division commanded by Victoriano Huerta.

There he was promoted to honorary brigadier and his successes earned him the jealousy of Huerta, who took advantage of any excuse to accuse him of theft and send him to be shot. Madero saved his life, but he went to prison in Santiago Tlatelolco, where he would escape in 1912.

From there he fled to Chihuahua, where he joined the Constitutionalist Army , of which he was later appointed General in Chief. On January 10, 1914, he already controlled the entire state after taking the city of Ojinaga. 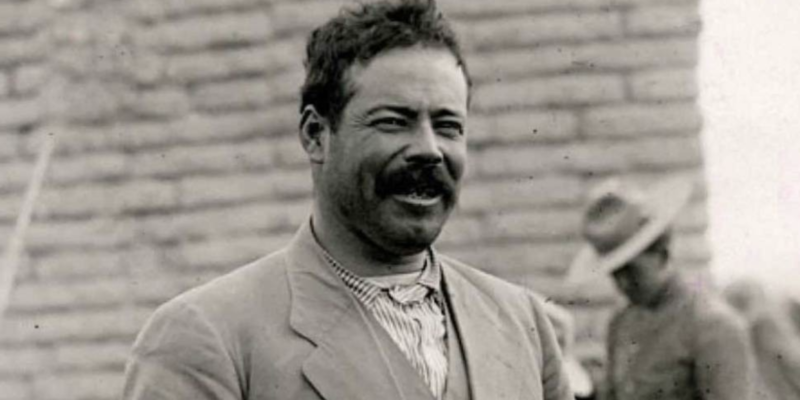 Villa was provisional governor of Chihuahua for a short time and was displaced by Manuel Chao , a governor appointed by Venustino Carranza whom Villa himself controlled from the shadows.

He was the strong man of the region and exercised his authority in commercial, bureaucratic and legal matters . He expelled Spaniards from the State , printed banknotes, seized stores and founded schools which it is said that he himself attended with an interest in learning to read and write.

In the midst of the revolutionary civil war in 1914, Venustino Carranza, already at odds with Villa and his followers, proposed a convention to iron out rough edges .

Villa came out of that meeting strengthened in the agreements , so Carranza and Obregón decided to surrender. Villa’s forces then took Mexico City on behalf of the government agreed upon in the Convention, allied with Emiliano Zapata. 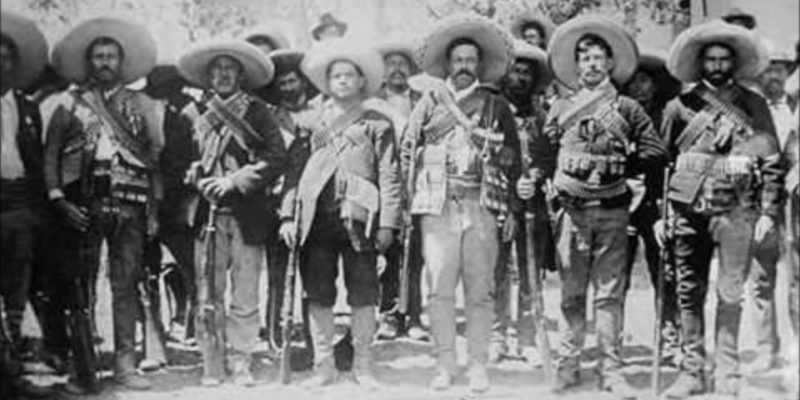 However, the war between Carranza, Obregón and Villa’s forces continued and caused him a series of military defeats that gradually forced him to withdraw to the north.

At that time the United States intervened in the conflict , allied with Carranza and collaborated in the defeat of Villa.

Villista reprisals against the foreign nation were immediate and included train robberies and massacres of workers in US mining companies. This led to the invasion of New Mexico by Villa’s troops, who attacked the town of Columbus in 1916.

Between 1917 and 1920, Villa’s forces dwindled to a guerrilla army harassed by Mexican and American troops.

In 1920, Adolfo de la Huerta assumed the presidency and managed the surrender of Villa to end the conflict, through a treaty that he signed in Sabinas Coahuila. In exchange for laying down his arms, he was given a farm in Durango for his retirement. 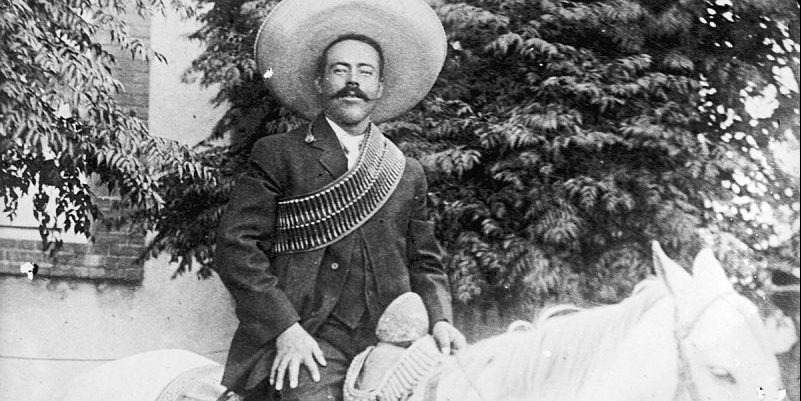 Fearing that Villa would take up arms again when his enemy Álvaro Obregón assumed the presidency, the plans to assassinate him were notorious. They were finally carried out and on July 20, 1923 Pancho Villa was ambushed and killed in Parral, Chihuahua.

Her body was decapitated and her head taken to William Randolph Hearst , an American newspaper tycoon who reportedly offered a five thousand US dollar reward for her.

Villa had numerous wives and numerous children with them. About 24 children are recognized to date . 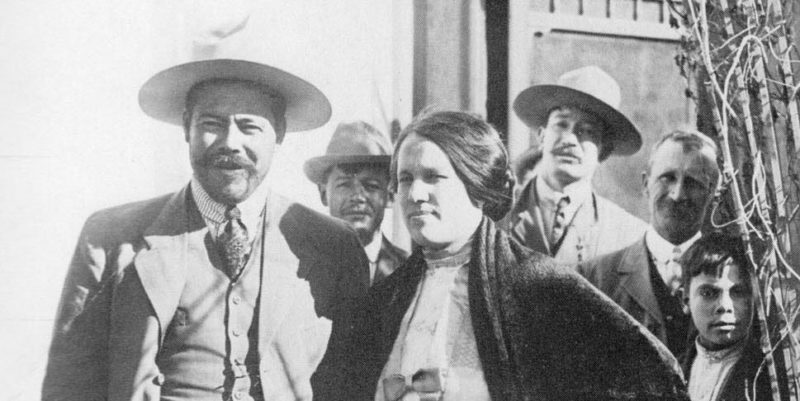 Luz Corral was the only wife Villa married in church.

It is unknown how many wives Pancho Villa had, but it is said that he legally married some seventy-five times . The list includes women from Durango, Parral, Torreón, Coahuila, Santa Bárbara and Allende.

The only one he married in church was Luz Corral , from Chihuahua, and the only one legitimately recognized by the Mexican Congress in 1946 was Soledad Seáñez Holguín, whom he married in 1919.

However, other sources establish that Luz Corral, Manuela Casas and Austreberta Rentería were also.

Some famous phrases attributed to Villa are: