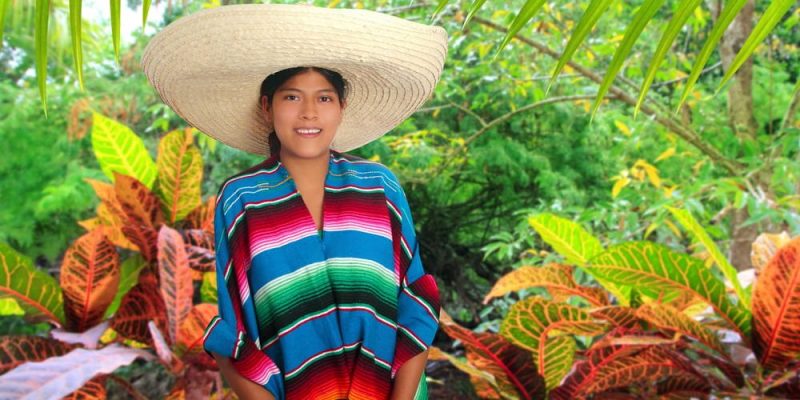 What is Latin American Culture?

5. The feat of independence

We explain everything about Latin American culture and what its pre-Columbian antecedents are. In addition, its characteristics and diversity.

What is Latin American Culture?

As its name indicates, Latin American culture is the set of ideologies, imaginaries, traditions, beliefs, and relationships that make up the complex vision of the world that characterizes the Latin American people. This concept includes the formal cultural manifestations, identified with the literate and official culture , and the informal ones, identified with the popular.

Latin American culture is considered part of those that make up the western hemisphere of the world , and is limited to the countries that make up the Latin American subcontinent, that is, those that are Spanish or Portuguese-speaking, of the official Catholic religion, former European colonies, and that are fruit to a greater or lesser degree of syncretism between white European, native indigenous and black African cultures.

On some occasions Latin America has been referred to as the “Far West”, to indicate its partial incorporation into Western culture , problematized not only by its social inequalities and failure of the modern republican project, but also because pre-Columbian elements coexist in Latin American culture. and Africans who do not respond to the western hegemonic tradition.

The term “Latin American” or “Latin America” was introduced in 1836 by the French politician Michel Chevalier  to distinguish it from Anglo-Saxon America made up of the United States and Canada.

The adoption of this term by the inhabitants of the continent responded, from 1850 on, to the displacement of the term “Hispano-American” then in vogue, due to the colonialist connotations that it had.

At the same time , the use of the term “Latin” has been installed to refer to Latin Americans, although this name originally referred to the inhabitants of Latinum , a region of the Roman Empire .

The membership of other Francophone or Anglophone countries in the region is debated , such as Haiti, Trinidad and Tobago, French and English Guyana or Belize, but traditionally they are not considered part of this cultural ensemble.

The history of the region dates back thousands of years , since in its region there are two civilizational cradles such as the Inca region or the Mesoamerican region .

Both would have been the source of robust civilizations and expansive empires whose relations with the surrounding ethnic groups were more or less imperial, and which left abundant archaeological and anthropological evidence in their wake, such as the Incas , Mayas or Aztecs , to name the best known.

Those that survived until the arrival of the Spanish colonizers met their end in the bloody War of Conquest of America.

The conquest by the Spanish and Portuguese empires of the American continent was followed by a colonial period of more than three centuries, during which a racial caste society was established , that is, segregated on the basis of three groups: European whites, native Indians and black slaves.Despite the conditions of submission that characterized it with respect to the black and Indian races, the Latin American colonial stage lived through a process of mestizaje and deep and prolonged cultural syncretism , which resulted in the “melting pot” that Latin America is today. .

5. The feat of independence

Latin American culture is strongly rooted around its independence feat , in which the forces loyal to the European crown were waged bloody war and the whole of colonial society was fragmented into a significant number of young independent republics.

In this feat , the enlightened thinking of founding heroes such as Simón Bolívar (Caracas, 1783-1830) and José de San Martín (1778-1850) stood out . This emancipatory project also gave rise to the idea of the Great Homeland, the Latin American union and the brotherhood between the peoples of the continent, long assumed by the leftist and revolutionary movements.

In Latin American culture the aboriginal element is present, to a greater extent in peoples of long pre-Columbian heritage such as Mexico , Peru or Bolivia, than in others more racially homogeneous such as Argentina or Uruguay, or in the predominantly African-descendant Caribbean.This presence survives in gastronomy (especially that linked to corn and cassava) , in the surviving indigenous languages (such as Nahuatl or Quechua), as well as in dances , traditional instruments and even in surviving indigenous communities , more or less integrated. to Republican Western life.

The main characteristic of Latin American culture as a whole is its wide diversity, which both assimilates and distinguishes a Latin American citizen from Guatemala from one from Venezuela and another from Chile.This diversity occurs in virtually all areas: linguistic, gastronomic, racial, folk, etc . However, the inherited foundations of the colony provide them with unity in the midst of difference, which makes Latin America one of the most culturally rich continents in the world.

The exception to this is Brazil , a Portuguese-speaking country, and the many surviving aboriginal languages, very minority in number of speakers and in importance or representativeness of the Latin American group. These include Quechua, Aymara, Wayúu, Nahuatl , Pemón, Yanomami, and many more.

The predominant religion in Latin American culture is Catholic, inherited from the European colony in all its countries . However, this Catholicism differs from the peninsular variant in its syncretic character, which coexisted in a more or less veiled way with African and aboriginal traditions and deities, giving them a place under the Christian creed.For example, celebrations of Catholic saints such as San Juan or Santa Bárbara are carried out through drums and clearly Negroid rites, especially in the Caribbean.

Only in those countries with a significant aboriginal presence, such as the Plurinational State of Bolivia, or the Mexican nation, do pre-Columbian deities and practices survive , such as the cult of Pachamama or Mother Earth.

Santeria of African origin is also present, particularly in the Caribbean region, known for animal sacrifices and its devotion to Yoruba deities.

The evangelical religion, in the last decades, has consolidated its presence in the Latin American continent and represents a religious movement in frank growth. Other religions such as Islamic or Judaic occur in very minority margins .

The literature Latin America is perhaps one of the arts of the region ‘s most successful in the world , with emphasis highlighted in the poetic production of Mexico, Argentina, Cuba, Chile, Colombia and Brazil. Authors from these latitudes have earned their place in world literature with six Nobel Prize winners for Literature: