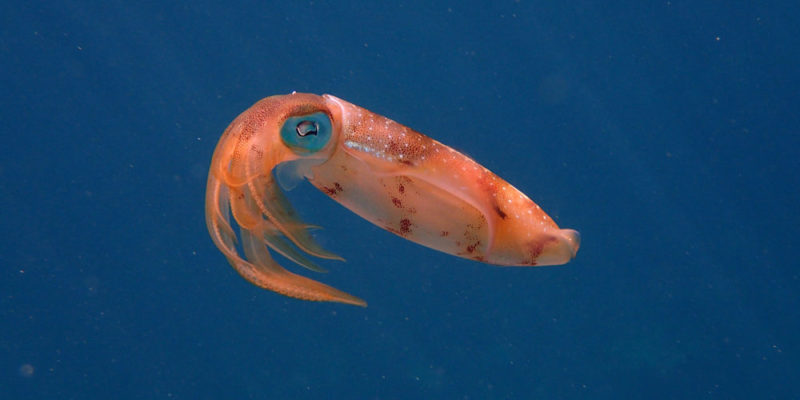 We explain what mollusks are, what their anatomy and type of reproduction are like. Also, what are its characteristics and diet.

Mollusks are a broad phylum of invertebrate animals . All mollusks have a soft body of bilateral symmetry . Although most species of mollusks have the body protected by a shell or shell, there are exceptions such as octopuses .

With more than 100,000 species , mollusks are the second largest phylum in the animal kingdom , after arthropods .

They are coelomic, that is, they have an internal cavity . During its embryonic development, three layers of tissues are differentiated: the ectoderm, the endoderm and the mesoderm.

That is why they are classified as triblastic animals . They are also found among protostome animals (those that, during embryonic development, develop the mouth and anus directly from the blastopore) such as annelids and arthropods.

Mollusks are characterized by having a soft body that can be divided into:

The body of mollusks is not segmented and presents bilateral symmetry. 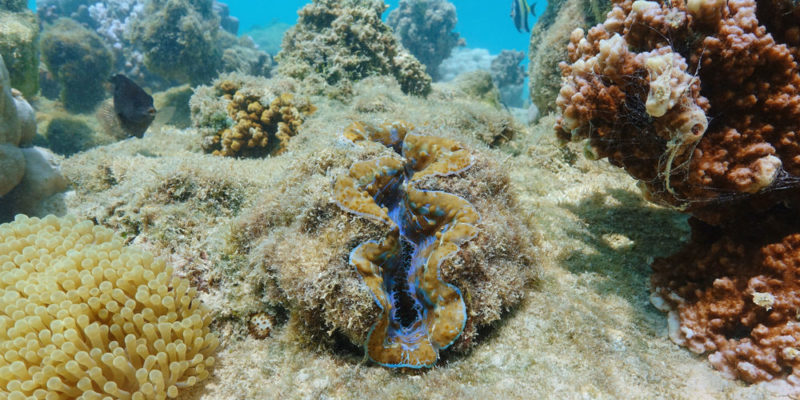 The mantle is the organ that is found in the dorsal part of the body of mollusks. It is composed of:

The gills are a type of respiratory organ present in many aquatic animals, which allows them to extract oxygen molecules dissolved in the water and expel carbon dioxide .

Most mollusks have gill respiration and their gills appear as protrusions (protuberances) from the body wall. They can be single, double or quadruple. In general they are of the ctenidium type, that is, gills with the shape of a feather.

However, there are some cases of marine mollusks in which the respiration is pulmonary or terrestrial mollusks that breathe through the skin , that is, they have skin respiration. 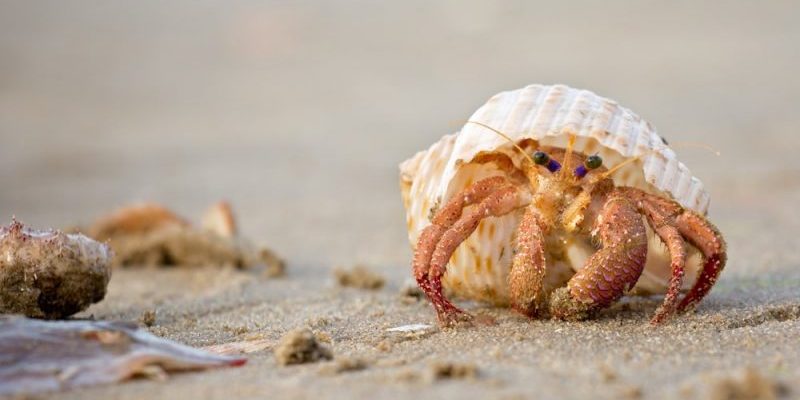 The shell, or exoskeleton, constitutes an external protection.

All mollusks have an external protection called a shell , which has different shapes and parts, depending on the species.

The shell is produced by the mantle, through its epithelial cells . It is also called an exoskeleton because it is an external structure.

Depending on the type of shell, the mollusks are:

Mollusks that do not have a shell are called nudibranchs .

The reproduction of mollusks is sexual, that is, it requires two organisms for reproduction and their genetic material is combined in the descendant organism.

Some species are dioecious: some individuals are male and others are female. But there are also some hermaphroditic species , that is, each organism has both sexes, which facilitates reproduction.

Fertilization can be external or internal , depending on the species. 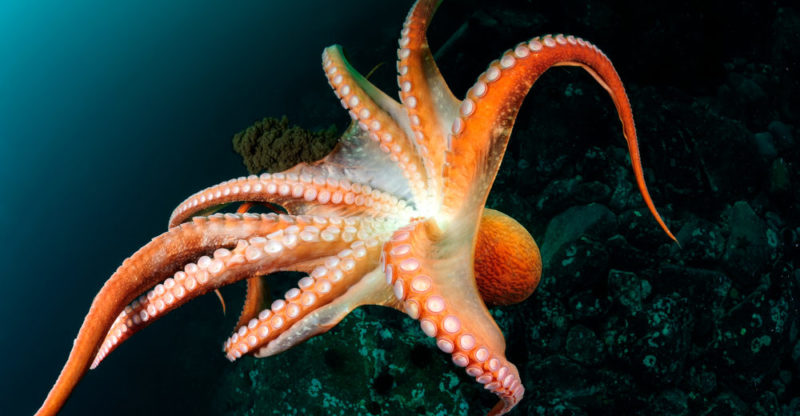 The radula has muscles that allow it to project out of the mouth.

On the edge of mollusks there are both herbivorous and carnivorous species, all of which feed through a specialized organ called the radula.

This feeding organ has an elongated cartilaginous base called odontophore , on which are found longitudinal rows of curved denticles composed of chitin, which gives them their hardness.

The shape and arrangement of the denticles is different in each species, depending on the type of diet of the organism.

The radula has muscles that allow it to project out of the mouth in search of food.

The nervous system of all mollusks has a periesophageal ring , that is, that surrounds the digestive tract. Three cerebroid glands are also observed, from which two nerve cords arise: one innervates the foot and the other the visceral mass.

Cephalopod mollusks are the only ones that have a brain , protected by a skull made of cartilage. 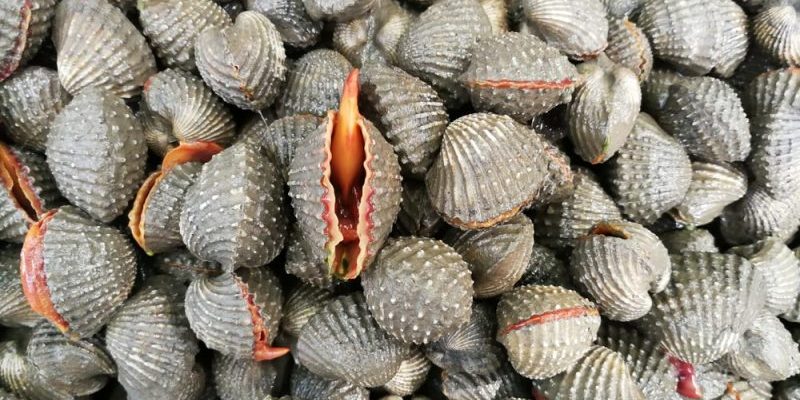 Freshwater mollusks are usually found half buried in the mud.

Bivalve freshwater mollusks are usually found half-buried in mud or sand , while gastropods tend to adhere to stones. Although they are frequent in rivers and lakes , they can also be found in artificial water bodies, such as fountains.

They are generally herbivorous species , but some feed on decomposing organic matter.

Examples of freshwater mollusks are the zebra mussel and the galba truncatula .

Mollusks represent 23% of sea animals , they are the phylum with the largest number of marine animals. Most have a single pair of gills, but some species have lung respiration.

The smallest live in coastal areas , where the waves break, and protect themselves between stones, crevices or in the mud.

Cephalopod mollusks are exclusively marine and among them are, for example, squid and octopus . Other examples of marine mollusks are clams, mussels, cockles, and razor clams. 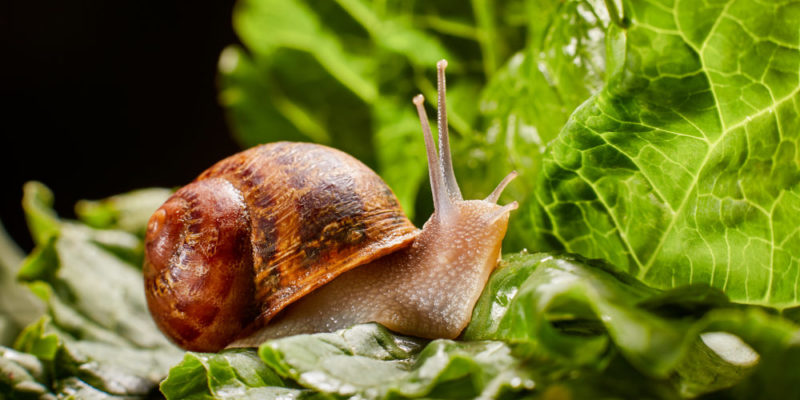 Snails are herbivores and are characterized by skin respiration.

Among the terrestrial mollusks there are some gastropods without shells, such as slugs . They are characterized by their cutaneous respiration. Among them are orchard and garden snails. Since they are phytophagous (herbivores), in some cases they appear as pests that affect commercial or domestic plantations.