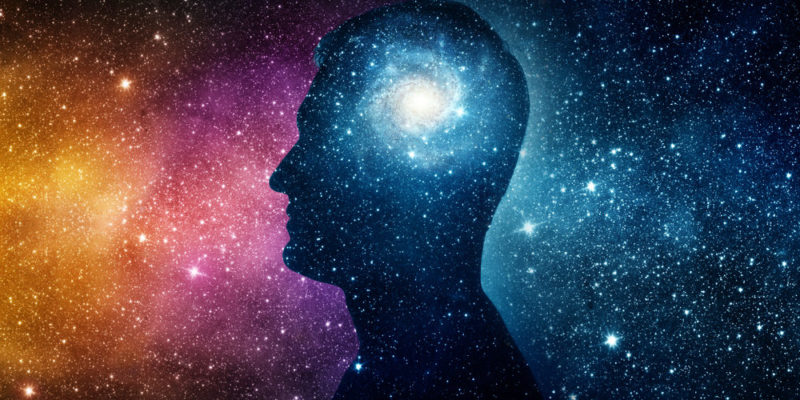 We explain what philosophy is, how it originated and who the first philosophers were. In addition, its characteristics, types of study and more.

Philosophy is a kind of mother science , as it deals with the relationship between man and knowledge, morality , beauty, experience, language and existence, among many other fields of knowledge.

It is a very old discipline, from which almost all knowledge comes directly or indirectly , from the humanistic to the most objective , from mathematics to literary criticism.

Philosophy does not have a specific field of interest , or in any case it is so broad that it coincides with other sciences and disciplines, but it is distinguished, for example, from religion, mythology , esotericism and mysticism in that it clings to argumentation and rational thought as tools to reach the truths of man.

The term “Philosophy” comes from the Greek Philos , “taste, attraction” and sophia , “wisdom” and is attributed to the ancient Greek mathematician and thinker Pythagoras of Samos , around the year 530 BC. c.

The first Western philosophers, thus, would emerge around the 6th century BC. C. in Ancient Greece, and despite being part of a strongly religious and pantheistic culture, these thinkers embraced methods and reasoning closer to human reason than to the laws of mysticism and worship. 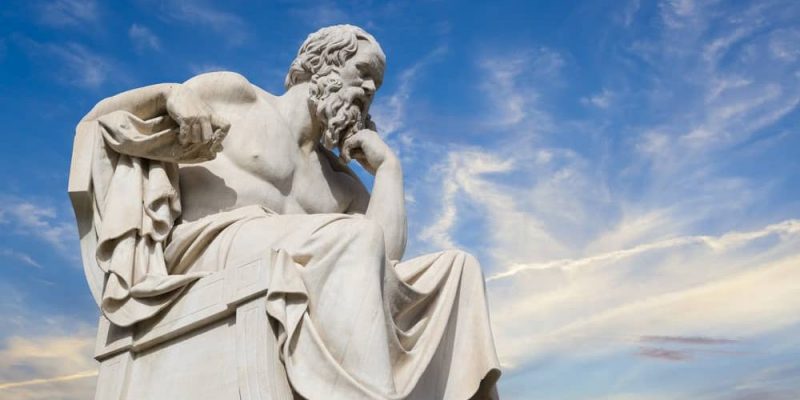 Socrates is considered one of the first philosophers.

A brief account of the first great philosophers of humanity should include Socrates , Plato and Artistóteles , who marked a fundamental milestone in the philosophical thought that the West would receive through the later Roman Empire that would conquer Greece and assimilate its culture.

But Anaxagoras, Democritus, Diogenes Laertius, Heraclitus, Thales of Miletus and a whole school of Greek thinkers are also important . Other important ancient philosophers were the Asians, such as Siddharta Guatama (Buddha), Bodhidharma, Chárvaka and Confucius. Differences between western and eastern philosophy

The development of Eastern philosophy followed its own paths and often constituted religions ( Zen Buddhism , Taoism, Confucianism, etc.) whose link with the sacred is different from that of Western monotheistic religions . This allowed the emergence of a much slower philosophical thought, in connection with the universe through less Cartesian methods. 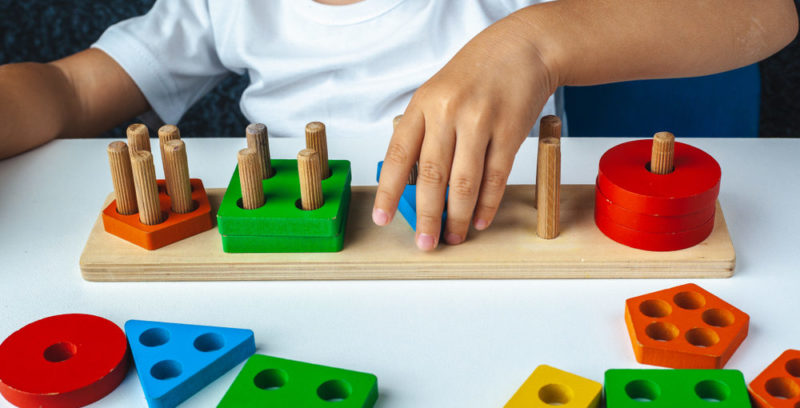 Logic studies the processes of thought.

Philosophy, like all sciences, comprises various branches, such as:

It studies reality: its nature, its structure, its components and fundamental principles. Some of the fundamental notions with which we deal with the world are inscribed in a particular metaphysical tradition.

Also called theory of knowledge , it is dedicated to the study of the ways of knowing and the dynamics through which knowledge operates . Instead of studying a particular theme, he studies the way in which knowledge is constructed.

It is the branch that is dedicated to the study of rational procedures and modes of demonstration and inference, that is, the thought processes by which conclusions can be obtained from premises.

The branch that is dedicated to morality, virtue, duty, happiness and human behavior codes. It is divided into three levels: metatics, normative ethics and applied ethics.

It is dedicated to the study of beauty and the beautiful, trying to find its meaning and its rules of behavior.

It is dedicated to the theoretical study of the relationships between human beings in society : power, structures, etc.

Branch that studies language as a phenomenon, thinking about what it is, what is its nature and its meaning, through non-empirical methods (which distinguishes it from linguistics).

Philosophy is at the same time an attempt to build a universal thought , that is, one that is common or applies to all humanity or describes the universe of things as they are regardless of who thinks them.

In addition, he uses any other field of knowledge , no matter how specific, in his approach to thought itself and to truth. And he does it with the desire to get total, deep answers, not fragments of answers. 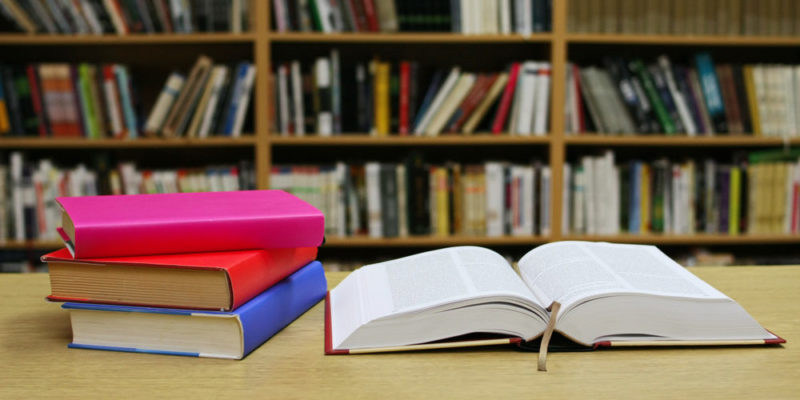 Philosophy questions everything that does not have a solid argument.

Philosophy is an exercise in thought that often reconsiders things taken for granted or known , and that calls into question everything that does not have a solid argument behind it. That is why it requires a rigorous reasoning that demonstrates its steps.

One of the great concerns of philosophy is to find a valid method to think about its problems , so it not only deals with the nature of things, but also with the ways in which it is convenient or not to approach said nature.

Philosophy aspires to resounding , total and imperishable answers, that is, to Truth with a capital letter. Whether or not it can be obtained, this science is not content with half-answers or clues, but rather aspires to profound certainties. 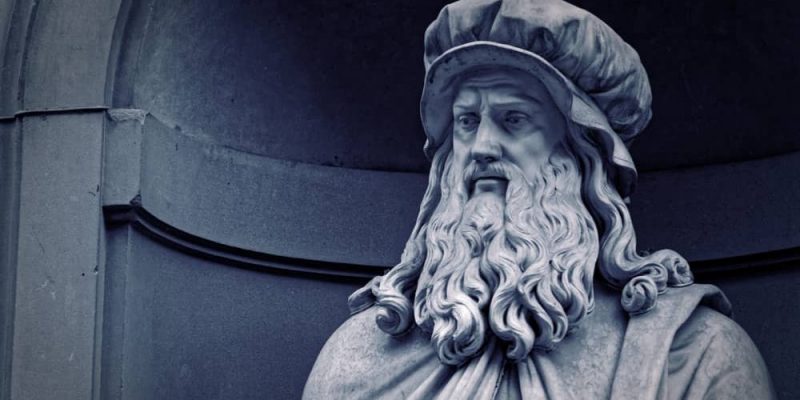 Leonardo da Vinci was one of the protagonists of Renaissance philosophy.

(Western) philosophy can be traced back to ancient times and historically organized into the following periods:

Philosophy begins in the sixth century BC. C. in Ancient Greece, in a period that has been called pre-Socratic. They include Pythagoras, Heraclitus, Parmenides, Thales of Miletus and Anaximedes.

The period of the great Greek thinkers called sophists, among whom was Socrates, whose method was to talk and walk while reflecting. As he left nothing written, his work was collected and continued by his disciple Plato, and then questioned by his disciple, Aristotle.

It takes place after the death of Aristotle and in the midst of the Hellenistic wars that marked the decline of the Greek polis. Its major figures are Epicurus, Zeno of Citium, Plotinus, among others.

It takes place from the fall of the Roman Empire to the European Renaissance , and is characterized by a marked religious emphasis (Christian, but also Jewish and Islamic) in its doctrines. Augustine of Hippo, Boethius, Anselm of Canterbury and Peter Abelard stand out.

Renaissance philosophy. Typical of Renaissance thought, between the fifteenth and sixteenth centuries, and cultivated above all political philosophy, humanism and natural philosophy. It was starred by Erasmus of Rotterdam, Saint Thomas More, Michel de Montaigne, Leonardo da Vinci and Francis Bacon.

Its great icon was Immanuel Kant, who opened a new chapter in the history of the discipline. She was prodigal in different movements of thought.

Philosophy is a very central science in the history of humanity , since the different sciences were born from it and from its efforts to organize thought and find a “valid method” of thinking about reality.

Today it seems to fade a bit in the midst of professional super specialization, but it remains a vital component of the humanities . 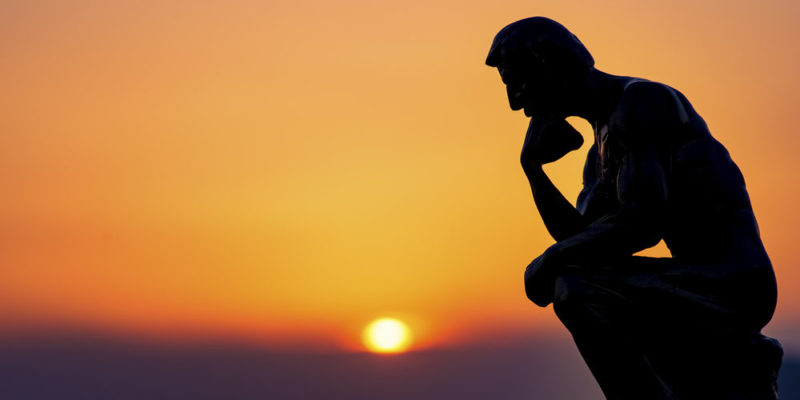 Philosophers are the great observers of the path that humanity travels.

The applications of philosophy as such may seem limited, but in reality they serve to dismantle fallacies, combat prejudices and thought models that instead of benefiting humanity, deepen their errors.

Philosophers are the great observers of the path that humanity travels.