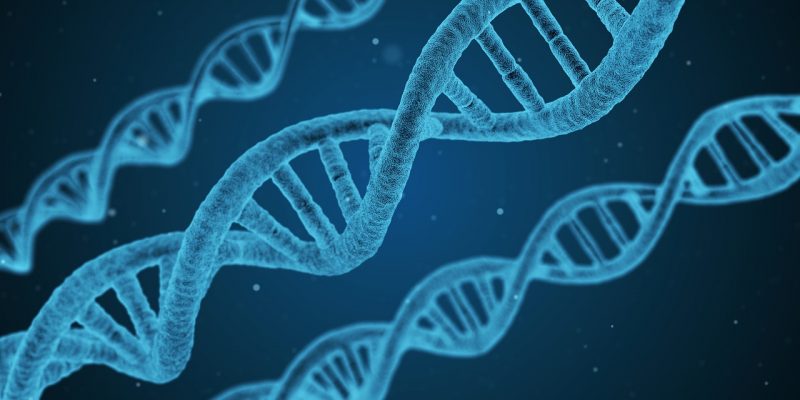 What is the genetic code?

Characteristics of the genetic code :

We explain what the genetic code is, what are the main characteristics of this pattern, and the possible theories of its evolutionary origin.

What is the genetic code?

The genetic code is the set of rules contained in the DNA of every living being that exists, and that serves as a model in the synthesis of each of the proteins necessary for life.

The genetic code is, then, a pattern contained in our organism, with the instructions for growth, nutrition and reproduction of the very substances that compose us. This material is found in the nucleus of the cells themselves.

The instructions contained in the code thus allow the correct ordering of amino acids essential for life , forming chains known as proteins, which in turn form larger structures or fulfill specific and essential functions.

All living beings have a genetic code, but we do not have the same identical genome , that is, our code is not ordered in the exact same way.

Characteristics of the genetic code : 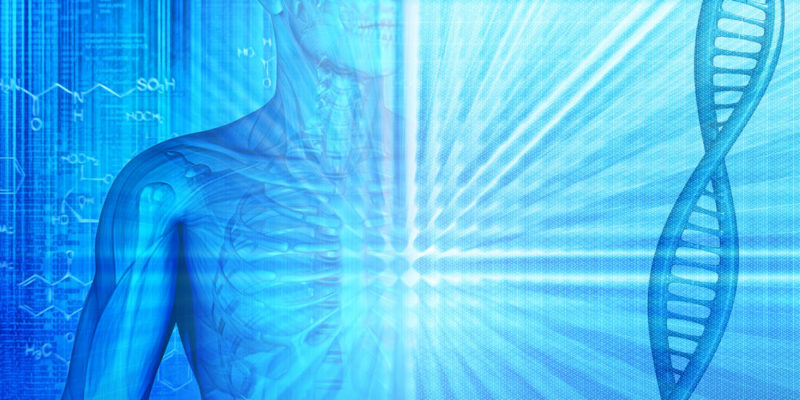 The genetic code has the same origin for all living beings.

The genetic code is shared by all known living beings , however complex or simple they may be, although there may be room for small discrepancies depending on the species.

This means that a sequence of nitrogenous bases in a specific codon always synthesizes the same amino acid, whether it is a bacterium or a human being. This allows us to conclude that the genetic code has the same origin for all living beings and it is a very old biological invention.

Thus, 22 genetic codes are known to date , different from the “standard” code due to the information of one or more codons. But for the most part they are all very alike. 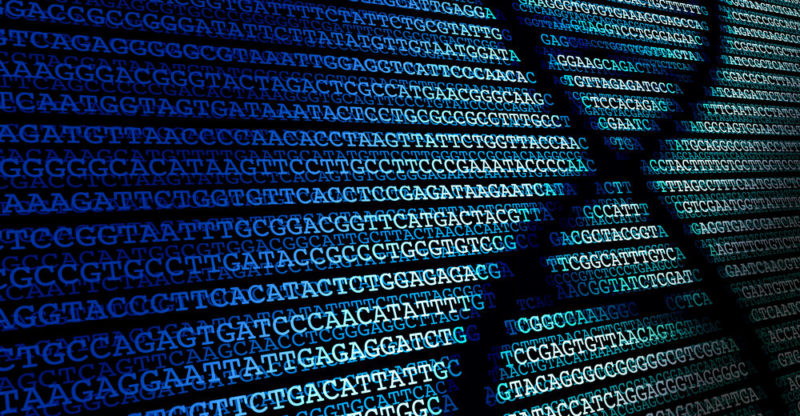 Each codon of the genetic code (and therefore each combination of three nitrogenous bases) corresponds exclusively to a specific amino acid. For example, GAA (Guanine-Adenine-Adenine) corresponds to glutamic acid .

However, different combinations can reach the same result , so the same amino acid can occur for two different codons. For example, the codon GAG (Guanine-Adenine-Guanine) also corresponds to glutamic acid.

This redundancy is important to anticipate possible errors in the reading of the code , since there are more possible codons than existing amino acids (20).

The reading of the genetic code is given as a string of codons , without commas or periods or any form of interruptions, in a linear and continuous chain, in a single direction. This means that there is no possible ambiguity in the specification of amino acids, since none can occupy the place of a different one in the line.

What can happen is that there is more than one start codon in the chain , which makes it possible to synthesize complex and multiple structures at the same time, from the same and only pattern. 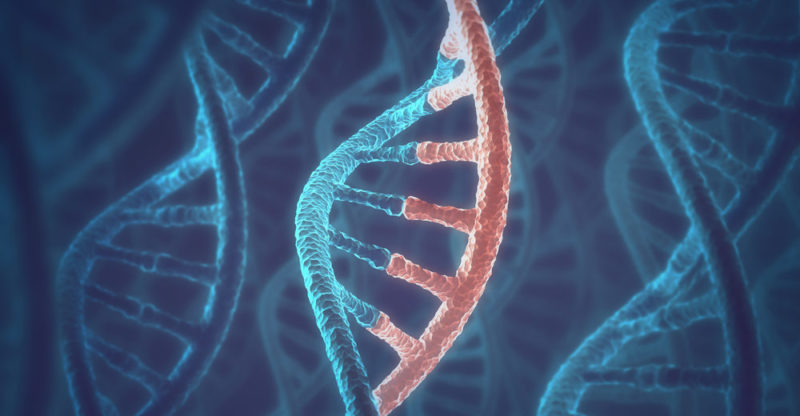 The translation is the process of transmitting the genetic message from DNA to RNA.

The process of ordering amino acids to make proteins is known as protein synthesis or “translation”. This is because the genetic code established in DNA serves as a model to synthesize an RNA that, in turn, serves as a pattern in the manufacture of proteins.

It is a process of transmission of the genetic message: from DNA to RNA and from it to a specific order of amino acids. This is carried out by means of the nitrogenous bases that make up the genetic material (which are four: adenine, thymine, guanine and cytosine in DNA and adenine, uracil, guanine and cytosine in RNA), ordering them in sequences of three that are called codons.

Thus, the sequence of possible codons of the code is 64 , of which 61 correspond to a specific amino acid, and the rest to mark the beginning and end of the synthesis, as if it were a Morse code. Each codon is coupled with a specific amino acid, ensuring that it takes its place in the chain that is the protein. Depending on that order, the result will be a protein, or a different one. 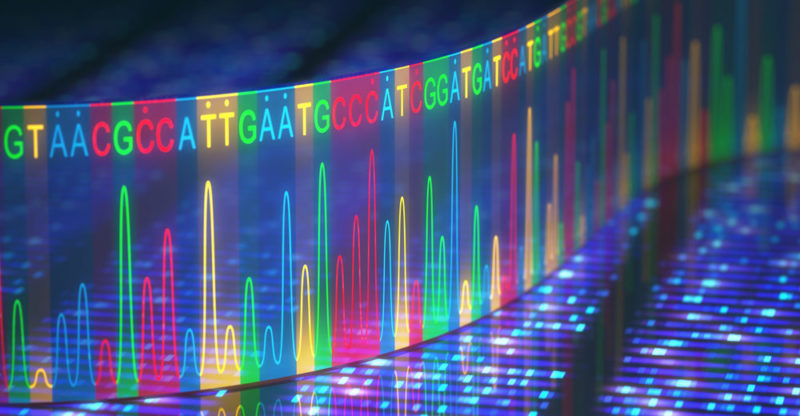 There is no possibility of overlaps or of rereading the same codon again.

For the same reasons as above, nucleotides that are part of one codon are not part of another , so there is no possibility of overlapping or of rereading the same codon again. This guarantees a linear and univocal reading of the code: three at a time.

The location of amino acids in the chain of the genetic code is anything but random. In fact, related amino acids occupy similar positions in the chain , and those that share a biosynthetic origin usually show it in a shared nitrogen base in their triplets. 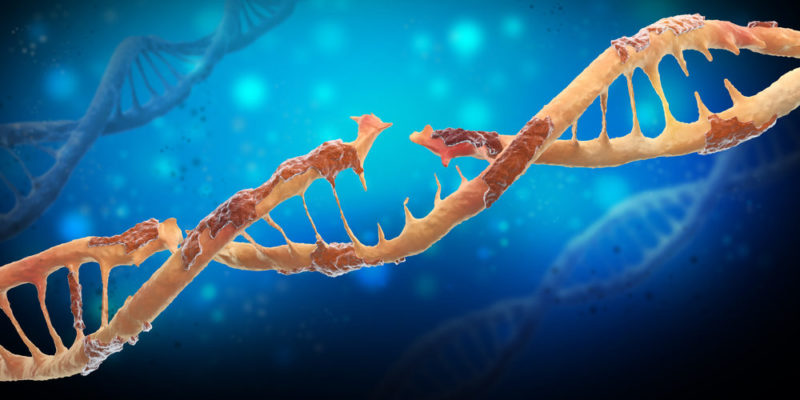 An error in the genetic code can lead to the formation of dysfunctional proteins.

Even so, there is the possibility that errors will be incurred during the reading of the genetic code , causing what is known as a mutation: the insertion of a nucleotide by mistake in the transcription of DNA (primary template) to RNA (secondary template). . This can lead to the formation of dysfunctional proteins, although most of the time they are silent mutations that do not affect the overall performance of the result.

On other occasions, of course, the consequence can be more catastrophic and thus birth congenital weaknesses and hereditary diseases.

There is a “standard” genetic code, deciphered for most of the existing genes and common to almost all living beings, which includes the 64 possible triplets and the amino acid that corresponds to each one. This model is used to understand protein translation in laboratories and genetic experiments.

There are numerous theories about the origin of the genetic code, which consider the possibility that it was initially constituted by doublets and not triplets, and that it would have evolved in complexity in order to take advantage of new amino acids, metabolic by-products or from other forms of biosynthesis.

One conclusion that seems to be imposed is that the genetic code relates all living beings with a common origin , so that cellular evolution is practically taken for granted. 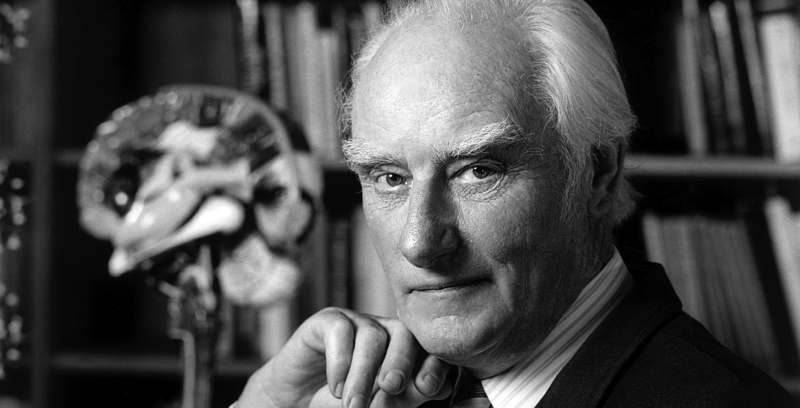 The triplet theory was proven by Francis Crick.

The discovery of the genetic code came successively, from the double helix model of Watson and Crick . However, understanding of the model took a leap forward when Severo Ochoa and Marianne Grunberg-Manago were able to verify the operation of an enzyme called polynucleotide phosphorylase , which synthesizes RNA molecules from the surrounding environment.

The triplet theory was first introduced by George Gamow and proven by Crick, Brenner, and their team in the mid-20th century. The correspondence between codon and amino acid was verified in 1961, the complete code was deciphered by Har Gobind Khorana in 1968.