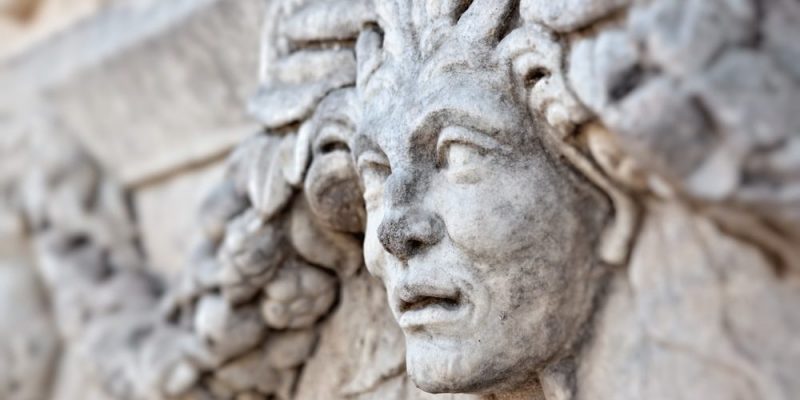 What was the Hellenistic Period?

Characteristics of the Hellenistic period :

Events that frame it

Fall to the Romans

We explain what the Hellenistic period was, how it originated and its main events. In addition, its characteristics, sciences and arts.


What was the Hellenistic Period?

It is known as the Hellenistic period, Hellenism or Alexandrian period to a stage of Antiquity that occupies the transition between the decline of Classical Greece and the rise of Roman power that will lead to the Empire.

This stage is between the years of 323 a. C. and 30 a. C. , and in it there was a cultural miscegenation between the predominant Greek tradition, which had been implanted by Alexander the Great in the region of the Near East, and neighboring cultures , including the Roman one that would end up conquering and assimilating it as their own. The result of this process is known as classical or Greco-Latin culture, and it is the basis of all Western culture .

Characteristics of the Hellenistic period :

The term “Hellenistic” emerged in the 19th century , specifically in the work of the German historian Johann Gustav Droysen ( History of Hellenism , 1836), taking the name by which the Ancient Greeks called their cultural region: Hellas, which translates into ancient Greek “Set of women”.

This term is used to describe the prevailing trend at the time of imposition of the Greek language and culture in territories that never had roots in them, such as Egypt, Bactriana or the territories of the later Seleucid Empire, among other eastern peoples. 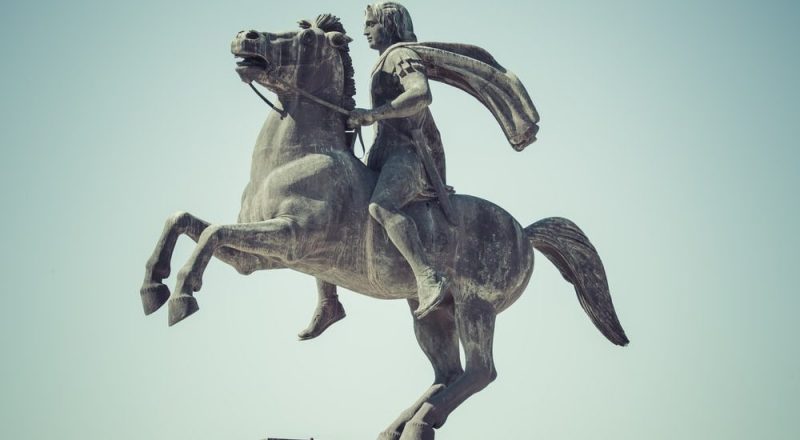 The Hellenistic period begins with the death of Alexander the Great.

The Hellenistic or Alexandrian period begins with the death of the one who expanded the borders of the Macedonian Empire, Alexander the Great (323 BC); and culminates in the suicide of the last Hellenistic queen, Cleopatra VII of Egypt and her lover, the Roman military and politician Marco Antonio, after the defeat suffered in the battle of Accio in 30 BC. C.

The Macedonian Empire was in charge of Philip II until the first third of the fourth century, when Alexander III, also called Alexander the Great, took office in 336 BC. This new king ruled for just 13 years, from his two decades of age, and during that period he carried out the fastest and most powerful conquest in all of ancient history.

After defeating the Persian Empire led by Darius III three times , the Kingdom of Macedonia allied with various Greek cities and expanded its borders throughout the Middle East, exporting Greek culture to the entire known world: from the Danube to the Indus. , and from Egypt to the river Sir Darya.

Alexander died prematurely in the year 323 a. C. , it is assumed that by poisoning, leaving a half-consolidated empire, and yielding the throne to his brother Philip III, who was a person with mental disabilities, and then to his posthumous son Alexander IV. 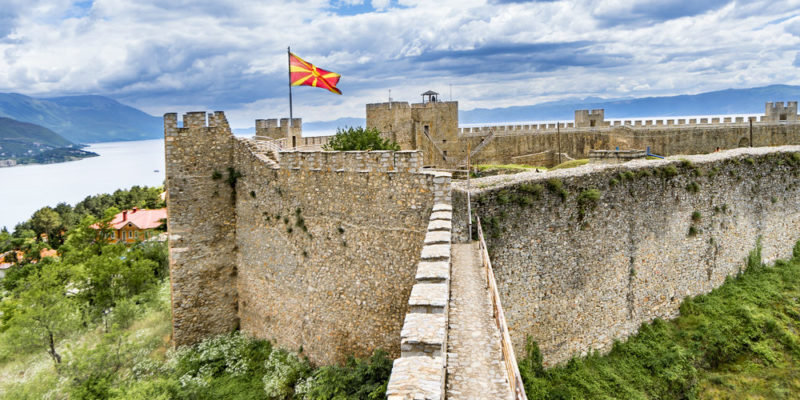 Macedonia chose its local rulers from the ruling elites.

It was a personal monarchy , to whose throne anyone who achieved sufficient merit in any of the different areas of civic exercise could aspire .

The title of the sovereign was b asileus , and there were no strict rules regarding the succession to the throne, nor fundamental texts that held his power, so they were absolutist kingdoms.

The monarchy had a clearly colonial cut , imposing Macedonian culture on the conquered nations and electing their local rulers from the dominant elites.

If in classical times the monarchy was common among Asians and repudiated by Greek philosophers , in Hellenistic times it was among the Greeks. 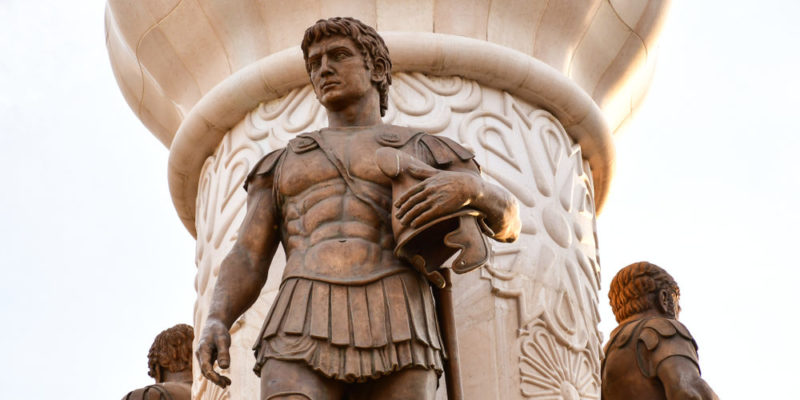 The diádocos accompanied Alexander the Great in his fight against the Persians.

After the death of Alexander the Great, the real power of the Macedonian Empire resided in the generals , as there were no rules regarding the succession of the throne, and Alexander’s direct relatives were not fit to exercise power (due to disability or youth).

These generals were called the diádocos and they had accompanied Alexander in his campaign against the Persians, and they did not take long to confront militarily, weakening the cohesion of the empire and ending in the fray with Alexander’s family.

Among the most prominent diádocos were Perdiccas, Ptolemy, Cassander, Lysimachus, Antigonus, Demetrius, and Seleucus.

The epigones (or “successors”) of the diádocos, achieved a precarious balance between the three great Macedonian dynasties : Macedonia and mainland Greece were ruled by the Antigonids (descendants of Antigonus); Egypt, Cyprus and Cilicia by the Lagidas; Asia Minor, Syria, Mesopotamia, and western Persia became the Seleucid Empire. There were also other smaller kingdoms, such as the kingdom of Pergamum, the kingdom of Epirus, the kingdoms of Pontus and Bithynia, or that of Syracuse. 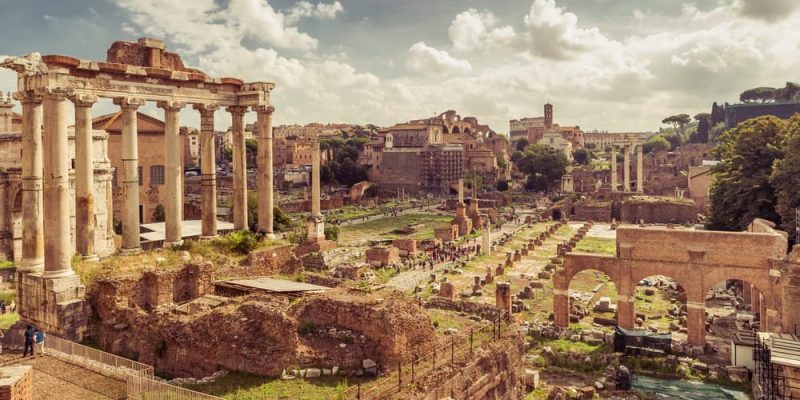 The Roman Empire would take more than three centuries to conquer the entire Middle East.

At the end of the 3rd century the kingdoms into which the Macedonian Empire had been divided fell to the Roman Empire and after two centuries of domination it imposed its total control of the eastern Mediterranean.

The decisive battle of this process faced Octavian , at the head of the Roman forces, against Marco Antonio and his ally Cleopatra, who were defeated at Accio in 30 BC. C.

Three centuries later it would take the Roman Empire to conquer the entire Middle East and absorb the Hellenistic culture, thus giving rise to the birth of the Roman Empire in its undisputed totality. 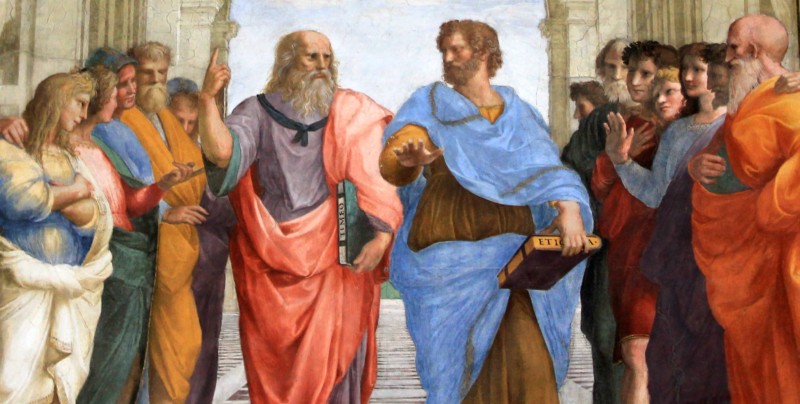 During the Hellenistic period there was a departure from the formal sciences.

The Hellenistic religion was syncretic, that is, it mixed and made the classical Greek pantheon coexist with gods and deities from the East, such as Tique, Serapis, Isis or Cibeles.

As for philosophy, it was a period of estrangement from the formal sciences and theoretical concern for the nature of the world, in which the Cynic, Cyrenaic, Epicurean, Skeptic, Stoic, and Megaic schools flourished.

The departure from the philosophy of science allowed them to be born in this period as a separate field, and they flourished thanks to patronage .

Academies, zoos, botanical gardens , medicine and dissection rooms were built, among other institutions put at the service of scientific knowledge . The mathematics , astronomy and geometry were particularly important during the period.

Many of the inventions of the Hellenistic sages were used in scientific study until the arrival of the Renaissance . 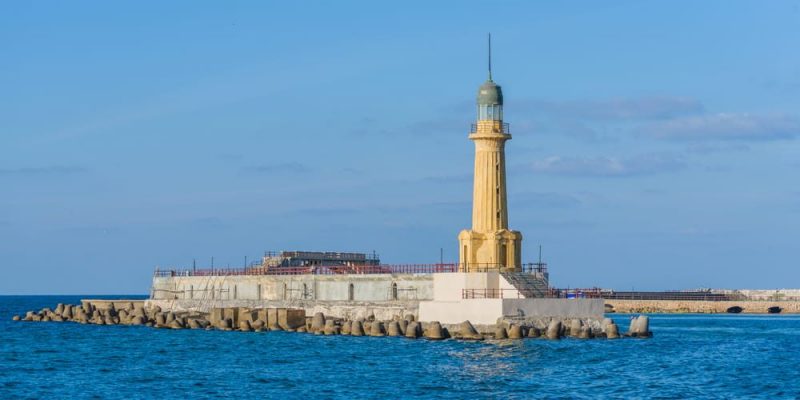 For the Romans, the lighthouse of Alexandria was one of the seven wonders of the world.

The arts were also widely supported during the Hellenistic period, although classical parameters were followed in literature . Philology was born and the plastic arts reached their maturity : during this period some of the great works of humanity were made that had nothing to envy to Classical Antiquity.

Two of the so-called “seven wonders of the world” by the Romans were built at the time: the lighthouse of Alexandria and the Colossus of Rhodes . In addition, the famous statues of the Venus de Milo, Diana the Huntress, Victoria of Samothrace and the Apollo of Belvedere were made.