The Plant Kingdom (Plantae): 10 Key Characteristics, Reproduction And Know How They Carry out Photosynthesis 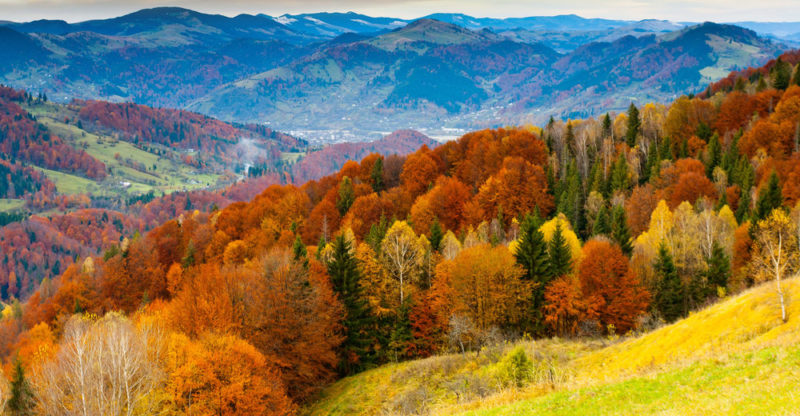 What is the plant kingdom?

Characteristics of the plant kingdom (plantae) :

We explain what the plant kingdom is and how they carry out photosynthesis. In addition, its characteristics, reproduction and more.

What is the plant kingdom?

The plant kingdom, also called kingdom plantae (from the Latin “plants”), is one of the six kingdoms of life known , in the contemporary classification carried out by biology . This kingdom includes all plant forms of life , that is, all those immobile multicellular organisms that obtain their energy from photosynthesis.

The plant kingdom is one of the oldest identified by man , mainly to oppose it to the animal kingdom (animalia), characterized by movement and by its need to consume organic matter to obtain food.

There is no uniform agreement on what is considered plants and what is not, but broadly the group contains all terrestrial plants and aquatic algae . All these life forms are considered to descend from a primoplantae , which is the name of the first living being that was able to carry out photosynthesis.

Characteristics of the plant kingdom (plantae) :

The name of this kingdom, “ plantae ”, comes from the Latin term for “sprout” or “shoot” , as well as the part of the feet that is in contact with the ground . Hence, the initial considerations regarding plants take into account the fact that they are born in the ground. 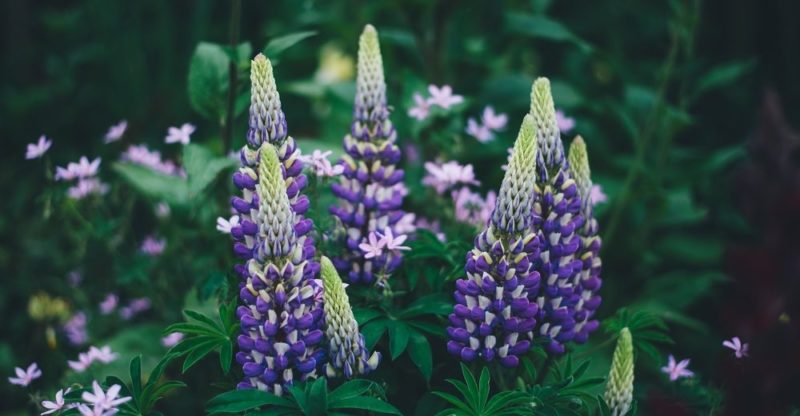 The living beings of the plantae kingdom are multicellular, and their cells are characterized by presenting a cell wall made up of cellulose , an organic polysaccharide similar to certain sugars in the body of animals. In addition, plant cells have chloroplasts, organelles in which they store the chlorophyll essential to carry out photosynthesis and which gives them their characteristic green color. 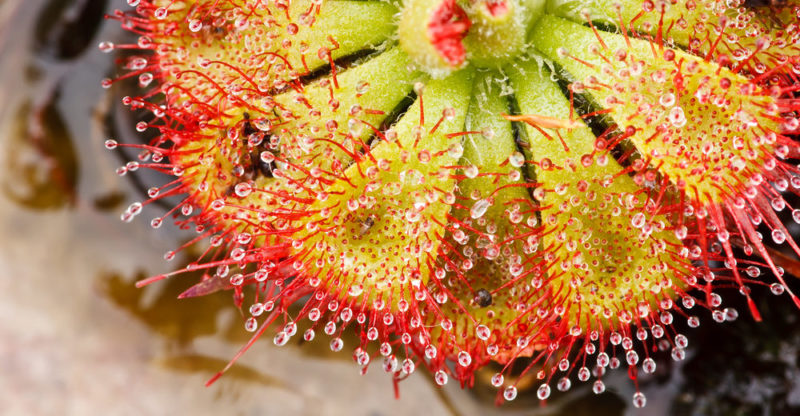 Carnivorous plants have organelles to attract and capture insects.

Plants are autotrophic beings , that is, they generate their own food . This is carried out by using the synthesis of light sun (photosynthesis) and the use of inorganic nearby resources, such as water , the salts , minerals and other elements which absorb through their roots.

There are, however, other forms of plants capable of feeding on other living beings , such as “carnivorous” plants, which have organelles to attract and capture insects , and then digest them to take advantage of their nutrients.

Plants are also capable of breathing , just like animal beings, to stay alive at night, when there is no sunlight to synthesize. 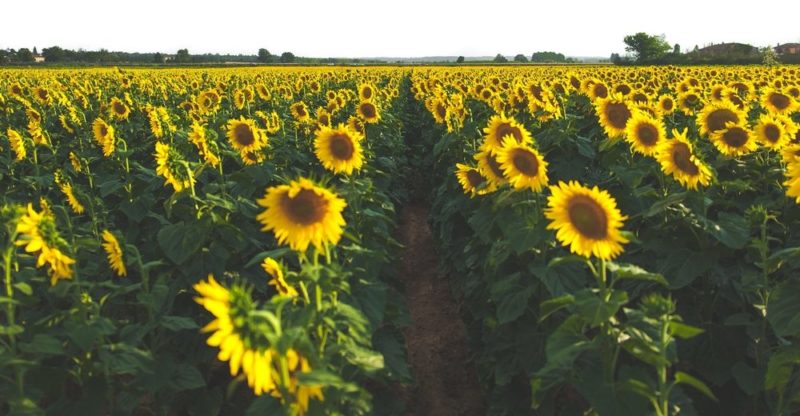 Phototropism is a slow movement linked to the growth of certain plants.

The members of the kingdom plantae lack the ability to locomotion at will , that is, they cannot move when they wish, and they are usually fixed in a substrate (such as the earth). The algae , for example, floating in the water of seas and rivers , moving with the flow, but are unable to decide where to go.

Some plants have the capacity for phototropism, which is a structural movement linked to the way they grow, to encourage a greater encounter with sunlight or to avoid nearby sources of discomfort. However, this movement is tremendously slow and imperceptible.

The process in which plants synthesize their chemical energy from sunlight , photosynthesis, involves chlorophyll stored in their branches and leaves, along with water and carbon dioxide (CO 2 ), to obtain ATP (Adenosine Triphosphate, a mode of energy storage) and release oxygen .

There is a variant of photosynthesis that does not involve oxygen , but other substances such as sulfur , characteristic of certain bacteria that take advantage of hydrogen sulfide instead of water: H 2 S ? 2H + + 2e - + S 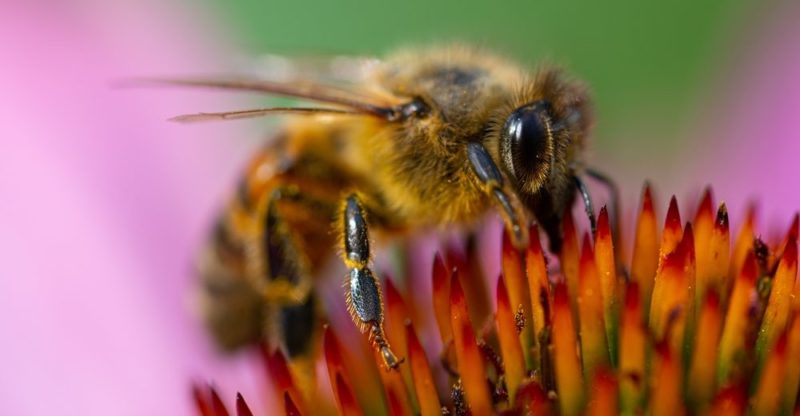 Pollination occurs when an insect carries pollen from one plant and flower to others.

The first living things of the kingdom plantae originated on Earth in the Mezoproterozoic , 1500 million years ago, and it is likely that they were some type of algae. Its origin has been identified in the symbiosis (a symbiosis so close that it gives evolutionary origin to a different living being) between a cyanobacterium and a biflagellate protozoan: the first would become part of the body of the second and thus the chloroplasts would be born. 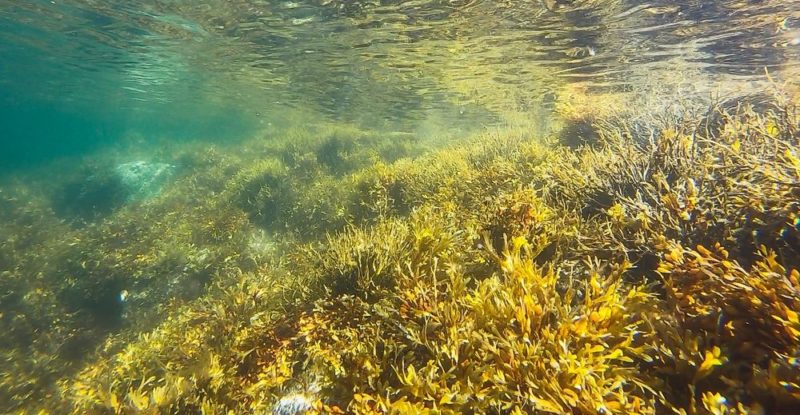 Plant life exists in all ecosystems.

Plants, as they require a fixed habitat to develop, have colonized both water and land , and are present in all known ecosystems . Plant life has adapted to even the most extreme conditions of climate and geography , existing in deserts , tundras and underwater beds.

Plant life is essential for the support of all life as we know , as they are not only producing organisms the oxygen we breathe animal beings, but also help to control gases of greenhouse as CO 2 and contribute to water absorption in various types of soil, preventing its uncontrolled accumulation that could saturate the soil and lead to floods and landslides. 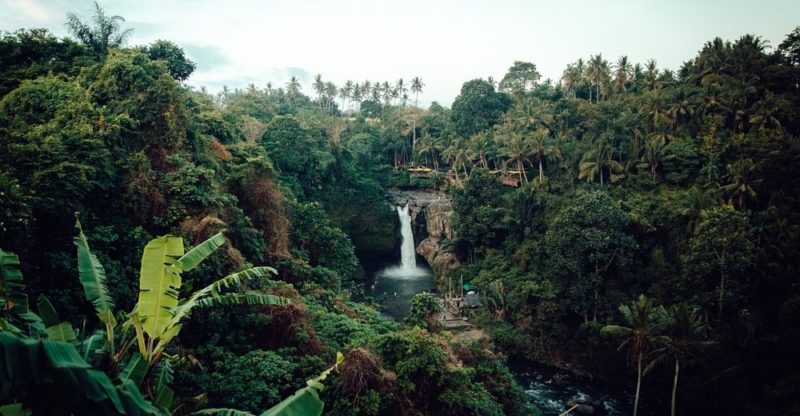 Indiscriminate logging greatly reduces the size of forests and jungles.

The main threats to plant life on the planet are linked to the activity of human beings . Indiscriminate felling, which drastically reduces the number of large trees in forests and jungles , as well as the chemical alteration of soils and waters, lead to the extinction of species and the imbalance of ecological cycles, resulting in a drastic decrease of plant life on the planet in the last centuries of its existence.