Solar System: 10 Key Characteristics And The Planets That Compose It, And Astronomical Models 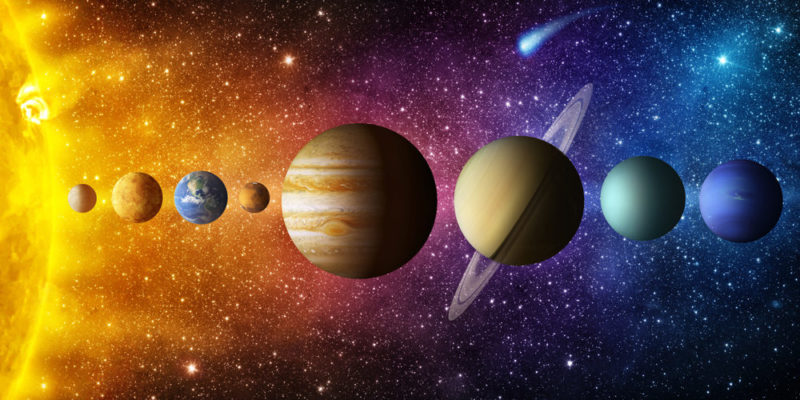 What is the solar system?

We explain what the solar system is and what its characteristics are. In addition, the planets that compose it and astronomical models.


What is the solar system?

The Solar System is our planetary system , where eight planets are in constant orbit around a single star: the Sun.

Other objects are also constituted in our Solar System, such as the asteroid belt between Mars and Jupiter , where the dwarf planet Ceres is found; or the so-called Trans-Neptunian Objects, such as the Kuiper Belt, the Scattered Disk or the Oort Cloud, the latter still of hypothetical existence. There are also four dwarf planets: Haumea, Makemake, Eris and Pluto, the latter considered until not long ago as a ninth planet.

It is estimated that the origin of the Solar System took place 4568 million years ago , due to the collapse of a molecular cloud in our galaxy, the Milky Way .

This collapse gave rise to a circumstellar or protoplanetary disk , in which a disordered set of matter surrounded the Sun in the form of rings, and thus the different planets were formed. Objects in the asteroid belt or the Kuiper Belt are estimated to be residual elements of this process.

The Solar System is located in the Local Interstellar Cloud , in the Local Bubble of the Orion arm, about 28,000 light years from the center of our galaxy . 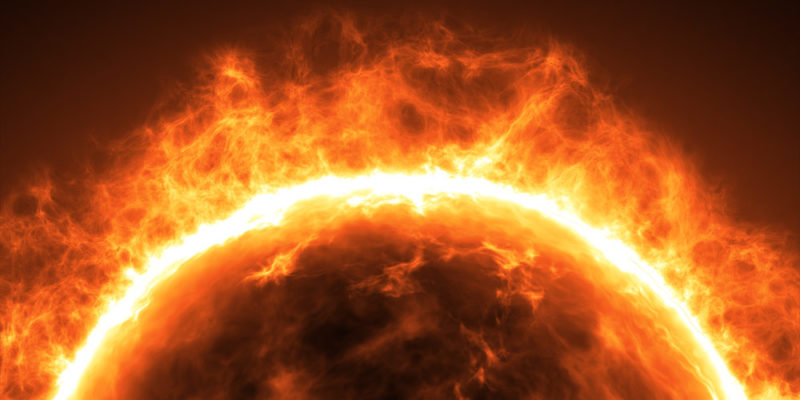 The sun contains 99.86% of the total mass of the Solar System.

At the center of the solar system is the only body that emits its own light from the whole set : the Sun. It is a G-type star of the main sequence and luminosity class V (a yellow dwarf), made up for the most part by hydrogen , in a constant state of nuclear fusion, with the presence of other heavier elements such as oxygen , carbon , neon and helium. It is the brightest object in our sky, so much so that its brightness prevents it from perceiving anyone else.

With a total diameter of 1,392,000 kilometers , it contains 99.86% of the total mass of the Solar System, which is why all the rest of the contents rotate in orbits around it. The Sun is estimated to remain unchanged for another 5,000 million years. 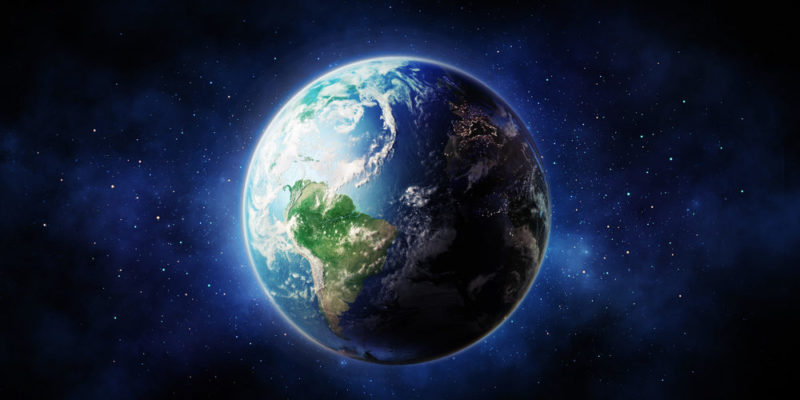 Earth is the only planet capable of supporting organic life.

There are eight main planets in the solar system, divided into two groups according to their constitution:

Of all the planets in the Solar System, only Earth is capable of supporting organic life , although numerous discoveries regarding the surface of Mars point to the possible presence of bacterial fossils and other signs of life on the “red planet.”

There is also a set of lower planets, called dwarf planets, in which Pluto was included as of 2006. These are Ceres, Makemake, Eris, Haumea and Pluto . These planets are massive enough to be spherical in shape, but not to have attracted or repelled the objects around them. They are at an intermediate level between planets and asteroids. 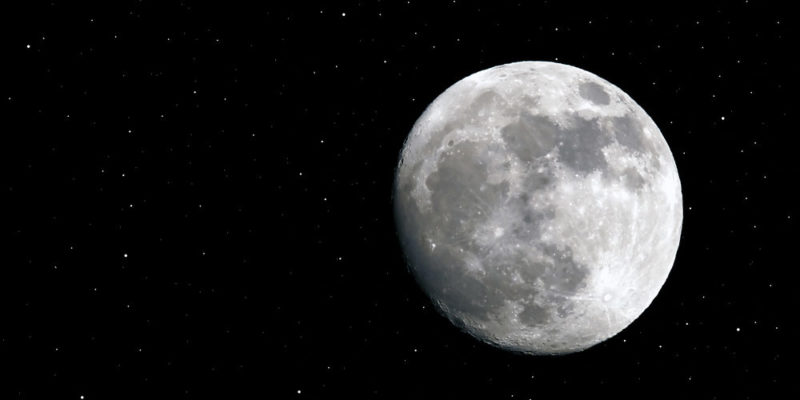 The Moon is the satellite of the Earth.

Another set of objects that make life in the solar system are asteroids , both in the belt after Mars, and in the one after Neptune, and also in the rings that surround the large outer planets.

On the other hand, large satellites, such as our Moon , or Deimos and Phobos, those of Mars, are entities much larger than asteroids, trapped in the gravitational field of some larger planet, which they orbit. The outer planets have numerous satellites: Jupiter and Saturn have 63 and 61 respectively, while Neptune and Uranus have 27 and 13. Venus and Mercury have none. 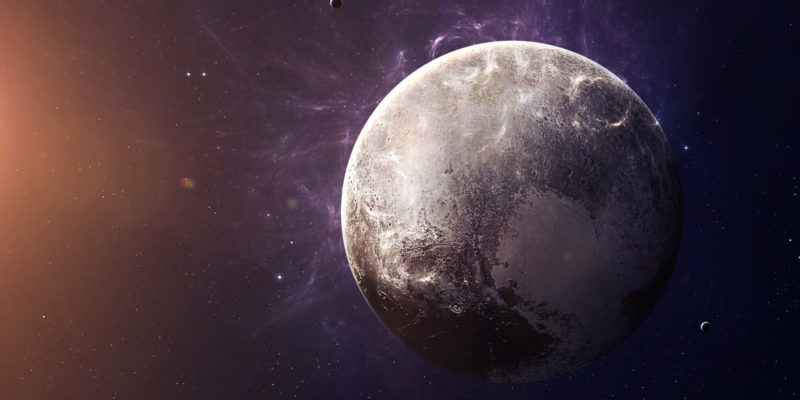 Pluto is considered one of the largest objects in the Kuiper belt.

Trans-Neptunian Objects are distant, icy bodies found at the far edge of the Solar System. They are difficult to study and observe, given their remoteness and the little impact that sunlight has on them , but they consist broadly of three sets of matter: 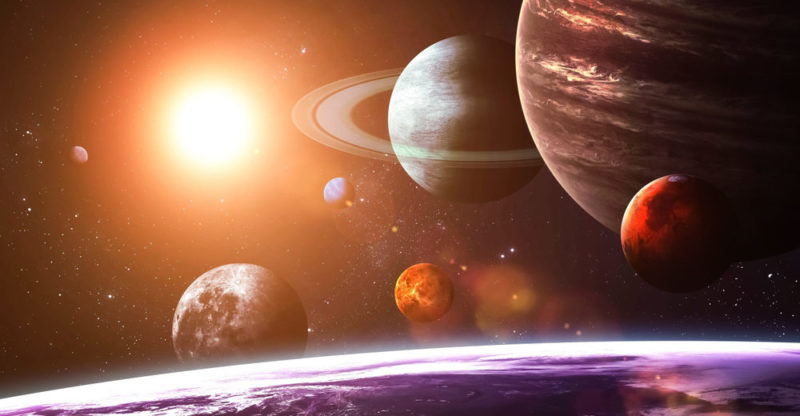 The orbital theory states that the further away from the Sun, the longer the orbit will be.

The eight planets of the Solar System gravitate around the Sun in elliptical , almost circular orbits , of different extensions and at different speeds, according to their respective proportions and natures. This is known as planetary translational motion.

While the Earth, for example, takes 365 Earth days (1 year) to complete a solar orbit, other planets take less, such as Mercury (0.24 years) or Venus (0.61); and others, such as Jupiter (5.2), Saturn (9.5) and Neptune (164.7). The orbital theory establishes that the greater the distance from the Sun, the longer the orbit and the lower the speed reached. The planets always orbit in an anti-clockwise direction.

As can be deduced from the previous item, the planets of the Solar System are positioned in ordered orbits at increasing distances from the sun , at a rate of twice the distance between each one and the previous one. To calculate these lengths, the Titus-Bode law was devised, a mathematical formula that allows us to calculate the distance between the Sun and any planet.

Even so, the law is not 100% exact, as it presents fewer discrepancies, in particular with respect to the orbit of Neptune, closer than what the formula states. 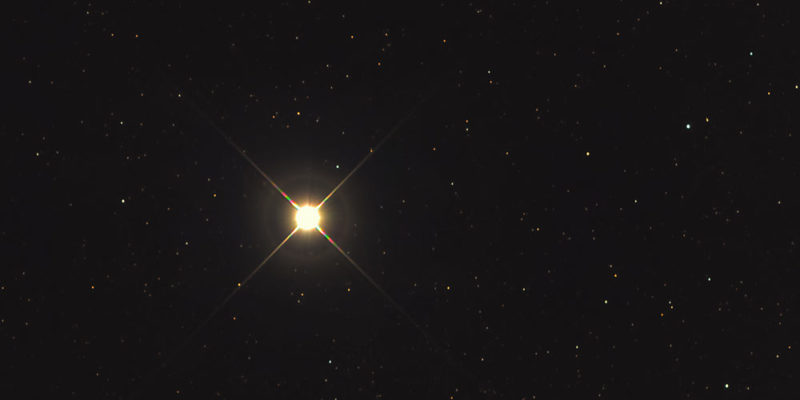 Proxima Centauri is 4.22 light years from the Sun.

The Solar System is located in a secluded corner and soon traveled the galaxy, hence the nearest star, Proxima Centauri, is “only” 4.22 light years from the sun .

Similarly, the Andromeda Galaxy, the farthest object that can be seen from the Earth’s surface and the galaxy closest to our own, resides 2.5 million light years away, although it is on a direct collision course. 300 kilometers per second.

Since ancient times, man has dreamed of envisioning the order of the universe and has postulated numerous models to understand it. The Greek Anaximander imagined the Earth as the center of the universe , around which everything else orbited, although much later the Pythagorean school would be the one that established the sphericity of the world.

Although there were heliocentric models proposed by eastern and western scholars, it would not be until the arrival in the thirteenth century of Nicolaus Copernicus that a true astronomical revolution would begin, coming to predict the movements of terrestrial translation and rotation , which would cost him the distrust of the Catholic Church.

The same would happen with Galileo Galilei in the seventeenth century, who was based on the work of Copernicus and on direct observations with the first telescopes to affirm that the heavenly bodies did not orbit the earth , but the other way around: for this he was accused of heresy and condemned by the leaders of the Church .

The laws that regulate orbit would appear in 1609 by the German Johannes Kepler, who predicted the transit of Venus in front of the Earth in 1631 . If to this is added the development of the concept of gravity and Newton’s celestial mechanics , it will be understood that in 1704 the term Solar System was already coined and there was already a model quite close to the current one, whose greater specificities come from the powerful instruments of contemporary observation, inside and outside the Earth.

The measurement of interior and exterior space is increasingly accurate.

Man arrived in space for the first time in 1961 , at the feet of Soviet cosmonaut Yuri Gagarin, marking the beginning of the so-called “Space Age” in which man would engage in space exploration. Together with the American Apollo missions that reached the Moon , they represent the farthest journeys that any man has ever made in history.

Hand in hand with cutting -edge technologies in physics, chemistry, electronics and atomic engineering, however, the measurement of interior and exterior space is increasingly accurate .

Unmanned missions have zoomed in on the outer planets and landed on Mars, gathering critical information about the origins of the universe and testing our growing understanding of its fundamental laws.