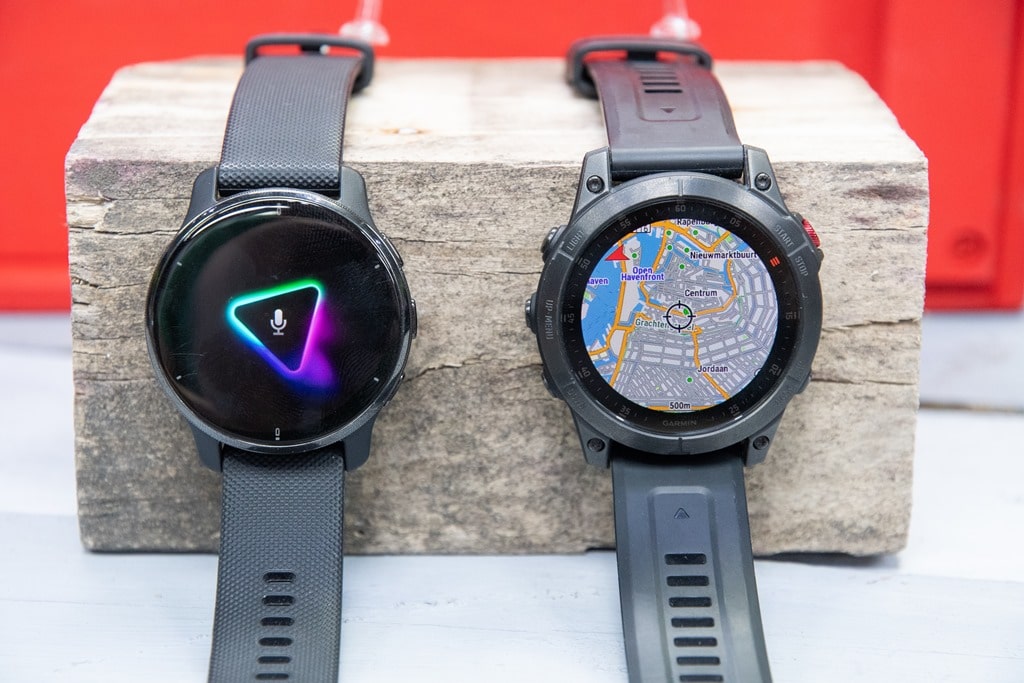 Analyzing the Features of Different Smartwatches

Functions for Monitoring Your Workouts and Fitness

Comparing the Epix Gen 2 vs. the Apple Series 7 in Terms of Connectivity

Analyzing the Different Models of Smartwatches

In General, the Designs and Styles

Comparison on the Screen

Specifications of a Standard Smartwatch

Are you looking for the best possible intelligent wristwatch? Both Garmin and Apple have an outstanding product portfolio, particularly with their most recent iterations of the Epix 2 and Series 7, respectively. By contrasting two of the most cutting-edge models currently available, we hope to make purchasing a new smartwatch a bit less daunting for you.

When investigating the Apple Watch Series, one must wonder, “What is it about Apple technology that has made it so popular?”

The fact that Apple’s product is dependent on iOS is the second factor that sets the company apart from all other manufacturers of smartwatches. This reliance refers to Apple customers who utilize Apple technology for all of their electronic devices, including their televisions, PCs, iPhones, iPads, and Apple Watches. Those who are loyal to the brand will find that switching to an Apple-only environment might be more convenient in more ways than one.

Even with its smartwatches, Apple has maintained its signature blend of forward-thinking design and dependable reliability. They follow the same pattern as they do with iPhones and introduce new models of smartwatches every year or every couple of years with various enhancements. The Apple Watch Series 7 is the eighth iteration of the Apple Watch, after seven earlier models. However, Apple’s online shop still sells the Series 3 and SE Watches.

In contrast to Garmin, Apple does not necessarily make health and fitness the primary focus of its smartwatches. They traditionally view the smartwatch as a product that is intended for usage by a broader range of consumers. These watches are designed to keep you connected and do it effectively; in addition, they provide a few fitness features. The Apple Watch Series 7 maintains outstanding capabilities for monitoring one’s fitness.

Garmin is a company that sells watches for a variety of activities, including multisport, water, running, golf, and diving, in addition to smartwatches that are centered on style and fashion. The intelligent technology offered by the Garmin brand caters to a more targeted audience. They have a significantly more extensive selection of smartwatches than Apple does, with wrist pieces that cater to a much more comprehensive range of individuals and hobbies. And among all of those watches, there are a number of different GPS variants in addition to a few different LTE smartwatches.

Because Garmin’s watches and the Garmin Connect App are compatible with the majority of Android and Apple smartphones, the Garmin brand is appealing to a large number of customers. People who choose to purchase a Garmin watch typically have a general appreciation for the entire history and background of the brand in the watchmaking industry.

In contrast to Series 7, the Epix Gen 2 does not have a long line of ancestors in its lineage. However, the Epix comes from a business that specializes in producing multisport GPS watches. The capabilities and price range of the firm’s other model series are comparable to those of the Epix. You may contrast the Epix Gen 2 with other fantastic Garmin watches, such as those in the Enduro or Fenix series.

The Epix is the Garmin product that most closely resembles their Fenix 7 in terms of both its functions and its design. And similar to the Fenix 7, the Epix Gen 2 is an all-touchscreen smartwatch, which is a more recent development for Garmin. However, unlike the Fenix 6 and 7, there is no ability to charge by solar power. In addition to the amount of time each gadget can stay powered on before needing a recharge, our comparison of these two products will also examine their connectivity options and design characteristics.

Analyzing the Features of Different Smartwatches

The Epix comes with five distinct functions that work together to keep you safer and more connected while you exercise. Your smartphone and the Garmin Connect App are required for use with all five.

Your Epix also gives you the option to disable any or all of these functionalities.

The Epix provides significantly more thorough safety help than does Apple. Instead, Apple’s Watch 7 and iOS 8 bring us Emergency International Calling, Emergency SOS, and Fall Detection, all of which are tremendously helpful features for people who are constantly on the move, whether they are travelers or athletes.

Apple is the undisputed leader in this field as long as Garmin does not release an ECG app. It is a valuable tool to have on your wrist, but it might not be a feature that convinces you to buy Apple products all the way through. The capabilities of monitoring one’s health that is included on either of these smartwatches will not differentiate them from one another. You can expect the basic monitoring capabilities of most trackers on the market today with either the Epix Gen 2or the Apple Series 7. These include blood oxygen saturation, steps, calories, heart rate, sleep patterns, stress levels, and menstruation tracking. You can also download apps for tracking your pregnancy from either smartwatch, in addition to the monthly women’s health tracking that they both offer.

Functions for Monitoring Your Workouts and Fitness

Operating System 8 is built into all Apple Watches, beginning with the Series 3 model. Therefore, in order to take advantage of the most recent fitness features, you do not have to need a Series 7 to do so, despite how great the Apple 7 is. Apple’s Automatic Cycling Detection is one of the most notable advancements made from OS 7 to OS 8. This makes monitoring a bike journey as easy as just pedaling. Even the brief period of time before the tracker on your watch starts working will be detected by the Cycling Detection feature.

The Garmin Epix is equipped with a multitude of outstanding activity monitoring features, including workouts for activities such as running, golf, and several types of outdoor recreation and winter sports, such as cycling and swimming. Additionally, additional features can be purchased for both the Apple Watch and the Garmin Connect IQ Store by using the watch’s in-built payment system.

The gesture controls that are available on the Apple Watch 7 are an innovative new feature that is not available on any other smartwatch. Simply pinching or double-pinch gestures are all you need to use to control various aspects of your watch. Naturally, Garmin does not have this feature, but their Epix screen is a beautiful touchscreen that is also bright and snappy.

Comparing the Epix Gen 2 vs. the Apple Series 7 in Terms of Connectivity

While you don’t want to be weighed down by your phone, such as when you’re working out, the Apple Watch 7 can take its place. In a nutshell, it is equipped with LTE capabilities. The Epix Gen 2 does not have this capability, but it is still Bluetooth-enabled and will alert you when you receive a call, a text message, or an email on your phone.

Apple Watches have a battery life of 18 hours on average, but if you use them for daily tracking, you might need to charge them every night before you go to sleep. Even with the always-on color display, GPS, or activity tracking, an Epix battery will last substantially longer, closer to five or six days. This is the case regardless of whether or not the device is being charged. Apple is successful in increasing the number of functions included in each new version of its smartwatch while maintaining a battery life of approximately 24 hours.

Analyzing the Different Models of Smartwatches

In General, the Designs and Styles

The Apple Watch 7 is enormous and circular, whereas the Epix 2 is compact and rectangular. This contrast is instantly apparent when comparing the two watches. With the Epix, you get a watch that has a design that is much more reminiscent of vintage Smartwatches, with a visible bezel, side buttons, a more significant case, and a thicker silicone band (Leather, Fabric, and Metal bands are also options). When it comes to color possibilities, upgrade options, or customizing options with things like watch faces or their Hermes and Nike Watch 7 editions, Apple comes out on top as the company that offers the most. You might consider the Epix (Gen 2) to be a watch that has a significantly more robust appearance as well.

Comparison on the Screen

Displays on both of these advanced smartwatches are luminous and crystal transparent, with the Apple Watch 7 coming in at a somewhat larger size than the Garmin Epix. The Series 7 can be purchased in either 1.6?? or 1.7??, but the Epix can only be purchased in 1.3??. Both touchscreens are AMOLED, and one of them has the option of always being on. Additionally, both screens are snappy and simple to operate. Those who are accustomed to the user interface (UX) of Android may find the controls and layout of Apple’s products confusing or frustrating.

The Epix 2, as with the majority of Garmin’s multisport watches, features a robust glass that can be upgraded to either Gorilla or Sapphire. This watch has a bigger bezel that is either constructed of titanium or stainless steel on the back; both of these materials, when combined, provide some measure of protection for the display. With a backing made of aluminum or stainless steel, Apple Watches and the Series 7 Apple Watch, particularly due to its full-screen design, are more susceptible to being scratched or dented. If you look at the Apple 7 Watch and compare it to earlier generations of the Apple Watch, you’ll see that the newest one is far more durable.

Specifications of a Standard Smartwatch

To summarise, it is not hard to understand why both of these businesses are so well-known in the market for wearables; nonetheless, the audiences that they serve to are very different from one another.