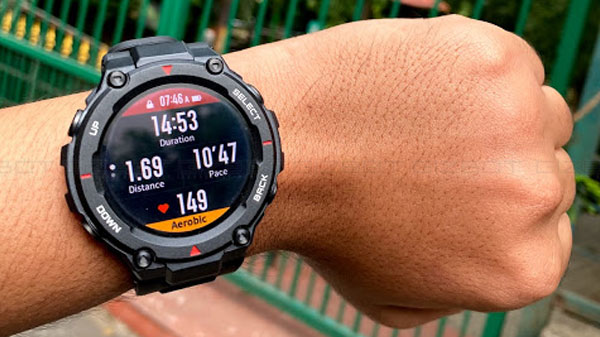 Who Comes Out on Top Between the Garmin Fenix 7 and the Suunto 9 Peak?

The market for smartwatches is becoming increasingly competitive every year (more than a dozen new models of smartwatches were introduced in 2021), which might make it challenging to select the model that is most suited to your needs. The fact that most Smartwatches offer comparable features makes it much more challenging to decide. It can be challenging to determine which smart watch would provide the best support for your active and professional lifestyle.

Today, we will examine the differences and similarities between the Garmin Fenix 7 and the Suunto 9 Peak. If you are in the market for a smartwatch, it may be a relief to learn that the Suunto 9 Peak and the Garmin Fenix 7 are considerably different, even though they are both excellent watches. Because of this, making the decision is a little bit simpler. So, let’s delve in.

It is essential to have a good grasp of what you are paying for in a smartwatch, the various customization options available to you, as well as how the watch will appear and feel while worn on your wrist before making a purchase. For this reason, we want to begin by contrasting the cost as well as the standard dimensions.

The initial price of the Suunto 9 Peak is $569. However, it may be increased to $699 if you select one of their Titanium variants. There are a total of four distinct appearances and attributes available for selection in this model.

It is essential to keep in mind that the Suunto 9 Peak, due to its sensors, tends to sit a little higher on the wrist than the user might typically wear it.

When it comes to the Fenix 7, your options can get overwhelming because you can choose the size, the quality, and even whether or not to use solar power. This watch has a starting price of $699, but the Sapphire editions and solar power choices can push the total cost far over $1,000.

It is important to note that in comparison to the Suunto 9 Peak, the Fenix 7 is noticeably more significant and cumbersome. The Suunto 9 Peak is Suunto’s watch with the thinnest profile; thus, in terms of aesthetics, this becomes a competition between business casual and sporty appearances.

Although the Garmin Fenix 7 and the Suunto 9 Peak don’t appear to have a lot in common visually, how do they compare in terms of the functions and features they offer? Let’s have a look at how the most critical categories stack up against one another.

The touchscreens on both watches make it simple for users to manage the watch. However, the displays on the two watches fare differently in terms of durability. Although the screens on both watches measure 1.2 inches, the display on the Fenix 7 is a transflective MIP display with a resolution of 260 by 260. The resolution of the Suunto 9 Peak is 240 by 240, and it features an LED backlight.

Both watches have GPS capabilities but have computational technologies that are slightly different from one another.

The Fenix 7 comes equipped with a great map and GPS system. In order to help you get out of sticky situations, the device is compatible with all of the major satellite systems. You are able to download TopoActive maps from any region in the world, irrespective of the model that you own. Those that spend a lot of time outdoors participating in activities such as hiking, running, skiing, or just being outside, in general, may benefit significantly from this.

The inclusion of a Suunto 9 Peak GPS was one of the most significant upgrades made to the new Suunto Peak. The satellite-based navigation systems of GPS, GLONASS, GALILEO, QZSS, and BEIDOU are all included in the chip that Sony manufactures to assist you in keeping track of your location on a map.

When operating in GPS mode, the Suunto 9 Peak has a battery life of 25 hours. In spite of the fact that this is not a terrible result (particularly for such a thin watch), the Fenix 7 comes out on top with a GNSS battery life of 40 hours.

When it comes to their smartwatches and the sports modes they offer, Garmin has a reputation for bringing some real competition. The Fenix 7 features a running coach, multiple exercise modes, and a multitude of metrics, including monitoring for heart rate and blood oxygen levels and the technology developed by Garmin for monitoring sleep.

The Suunto 9 Peak is another model that does not skimp on features. The following is something that comes standard with your smartwatch.

Who Comes Out on Top Between the Garmin Fenix 7 and the Suunto 9 Peak?

The Fenix 7 is a more rugged-looking and sportier watch, but the Suunto 9 Peak delivers the best of both worlds to someone who isn’t a fitness junkie and doesn’t need to collect data on every facet of their training program. It has a long battery life, a display that is easy to see, great activity functions, and a trendy style that is appropriate for use both in and outside of the workplace. (Here’s a little insider tip: if you like the sound of the Suunto 9 Peak but are looking for a version that’s a little less complex, take a look at the Suunto 5 Peak.)

Who is going to emerge victorious in this fight between the Garmin Fenix 7 and the Suunto 9 Peak? Just as with the previous comparisons we’ve made, everything boils down to the most important factors to you. The Suunto 9 Peak is unquestionably an improvement over earlier generations and is packed with a wide variety of capabilities within sleek and adaptable housing. On the other hand, the Garmin Fenix 7 boasts an unmistakable, sporty appearance in addition to all of the capabilities that have come to be expected from Garmin smartwatches, such as robust data collecting and sports functionality.