Who was Alexander the Great?

Childhood and education of Alexander the Great

The conquest of the Persian empire

The conquest of India

Religion of Alexander the Great

Politics of Alexander the Great

Culture and society of Alexander the Great

The economy of Alexander the Great's empire

The death of Alexander the Great

We explain who Alexander the Great was and what the history of his conquests was like. Also, what are its characteristics and death.

Who was Alexander the Great?

Alexander the Great, also known as Alexander III of Macedon, was one of the most enigmatic and magnificent rulers in history . With only 30 years of age (and a somewhat altered or psychotic personality) he dominated a great empire that united the East with the West. His figure has been a great inspiration for military strategists such as Napoleon Bonaparte and Julius Cesar.

He was born in Greece and lived between 353 and 323 BC . He was the son of Philip II of Macedonia and Olympia of Epirus. His father prepared him militarily and entrusted his education to Aristotle .

During the beginning of his government , Alexander the Great dedicated himself to submitting the Macedonian peoples to his own empire . Even before his father’s death, Alexander had the goal of conquering the Persian empire . With his coming to power, after the death of his father, he achieved his goal and this conquest began an important cultural exchange. During his 32 years of life he extended the empire from Greece to Egypt in the west and the Indus Valley in the east.

Childhood and education of Alexander the Great 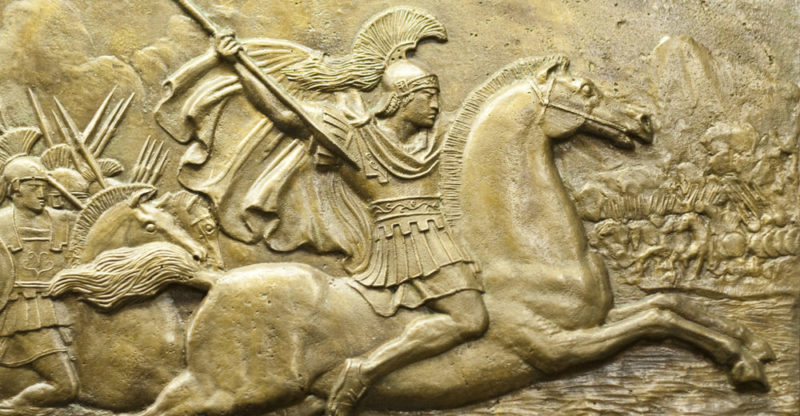 From a young age, Alexander the Great displayed an energetic and active temperament.

His mother was Olympia of Epirus and his father Philip II (although there are versions that indicate that Alexander was the result of an unfaithful relationship with his mother). It was Philip II who was in charge of his upbringing, his military training and his intellectual training, which he entrusted to Aristotle.

The conquest of the Persian empire

In 334 BC Alexander the Great decided to conquer (with only 40,000 men) the vast Persian empire, under the command of Darius III .

After several battles, Alexander the Great gained a wide territory of conquest that included Egypt, Anatolia, Hellas, the Middle East and Central Asia, up to the Indus and Oxus rivers .

The conquest of India

He then advanced to India , where he defeated King Poros in 326 BC . His army refused to continue eastward and had to return to Babylon . 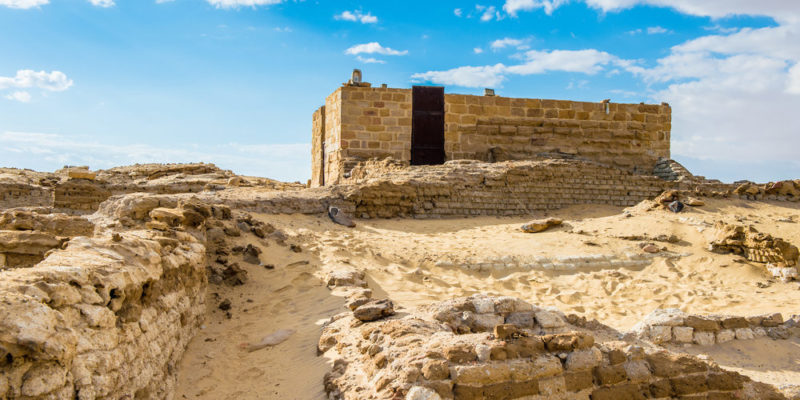 Of the 70 cities founded by Alexander the Great, 50 were named after him.

It was in Egypt (other of his conquests) that he founded the city of Alexandria , established as the most important, although of the 70 cities founded by him, 50 were named after him.

Alexander received from his father Philip II all the necessary war training . Thus, at a young age, he managed to impose himself and be one of the most powerful warriors and best strategists in the world.

One of the techniques that his father had taught him was that of the oblique line, which consisted of the endowment of 16 men for each of the 16 columns .

The soldiers who were in the first line of fire had to place their weapons in a straight line and those in the rear rows had to do so with a certain inclination of their weapons towards the vertical, thus forming an oblique line of defense.

Religion of Alexander the Great

Since Alexander the Great was Greek, he was strongly crossed by the Greek polytheistic religion in which the god Zeus and his god sons communicated with men to give them instructions.

It is believed that Alexander was very religious and, although many considered him a tyrant, recent studies affirm that he was very interested in the unification of cultures and the contemplation of religions.

Therefore, and as a military strategy, it was not limited to the worship of a single religion , but accepted the gods of the different regions that it had conquered and worshiped and respected them. This is reflected in the symbols that appear in the paintings that represent him.

Politics of Alexander the Great

Magno tried to generate marital alliances between winners and losers.

In 340 BC, (when he was only 16 years old), his father entrusted him with political tasks and appointed him regent of his empire in Greece.

To broaden his conquests, Alexander the Great tried to generate marital alliances between victors and losers by way of exchange of gifts and women. His goal was to unify his vast and heterogeneous empire.

Culture and society of Alexander the Great

Alexander the Great’s strategy was not based only on military conquest . The union by marriage (between Persian women and their soldiers) was a fundamental strategy to unite both cultures . Alexander the Great himself married Princess Roxana as his wife.

After the conquest of Egypt (which offered no resistance since they agreed that Alexander should conquer the Persian dominions), another great cultural exchange took place . Although the Egyptians did not leave much evidence of this, it is believed that they agreed and received him in a good way until they considered him pharaoh calling him “Alexander-pharaoh”.

The economy of Alexander the Great’s empire 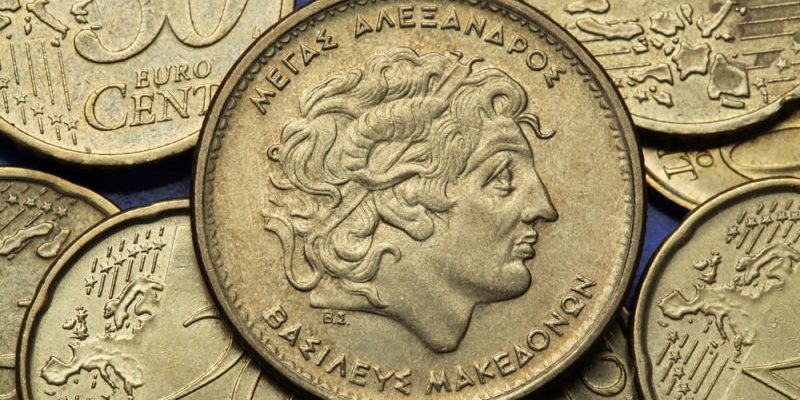 Thanks to Alexander the Great, an important economic exchange took place.

After the conquests obtained, a great economic exchange took place since Persian products were highly valued in Greece.

Thus the roads in good condition previously built by the Persian emperors were used and new fleets were built to commercialize the products .

The death of Alexander the Great

The death of the emperor is a mystery: it is believed that he was poisoned at the age of 32 . When dying without leaving heirs, his half brother Filipo III Arrideo and his son Alexander IV took the throne.

His half brother had problems with intellectual disabilities and the power of the empire was in the hands of its rulers, who strove to divide the empire and managed to fragment it into three parts: Ptolemaic Egypt, the Seleucid Empire and Ancient Macedonia.