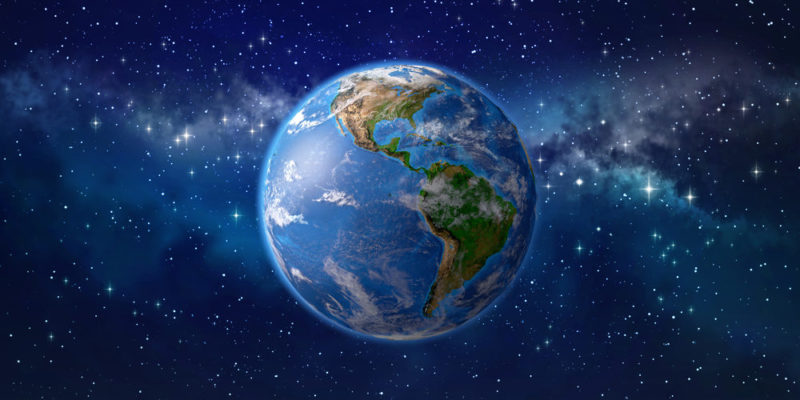 Boundaries and surface of America

We explain what America is and its physical and cultural characteristics. Also, how is its economy, religion and the history of this continent.

The American continent is sometimes called the New World , as opposed to the European continent , since America was initially populated by ancient cultures from East Asia that evolved completely independently from the rest of the world for millennia, until in October 1492 the Ships of the Genoese navigator Christopher Columbus found its coasts and the so-called “Encounter of two worlds” began.

As a result of this history, America has been the home of a very particular culture with two of the cradles of human civilization (the  Inca and the Mesoamerican ), which after centuries of colonization  and syncretism  today result in a diverse continent , home to both of one of the warlike and industrial powers of the contemporary world (the United States), and of the vast and complex Latin American culture . 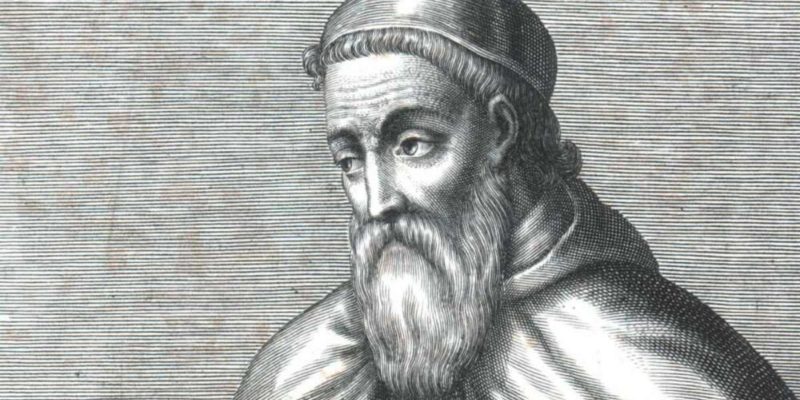 Americo Vespucci was the first to suggest that America was a new continent.

The name “America”  dates back to 1538 and comes from the name of Americo Vespucci, a Florentine navigator who would have been the first to suggest that all that land mass was a completely new continent and not an unknown portion of Asia, as the Spanish thought. , Portuguese and English who explored it.

For centuries it was known as the Castilian Kingdoms of the Indies or West Indies ( West Indies , in English), since the continent was discovered in an attempt to find new routes to China and India , putting the idea of the world to the test. round.

Contrary to what is being promoted at the same time from American communications, America is the name of the entire continent and not only of that nation, so that all the inhabitants of the various latitudes it comprises will all be Americans.

Boundaries and surface of America 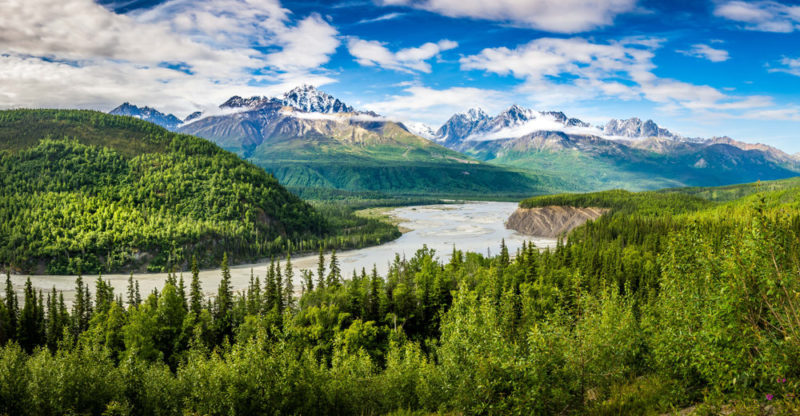 The American continent has an area of 43,316,000 km2 , from the frozen deserts of Alaska to southern Patagonia, which represents 8.4% of the total planetary surface and 30.2% of the absolute continental surface. Its territory borders the Arctic Ocean to the north, the Atlantic Ocean to the east, the Pacific Ocean to the west and Antarctica to the south . 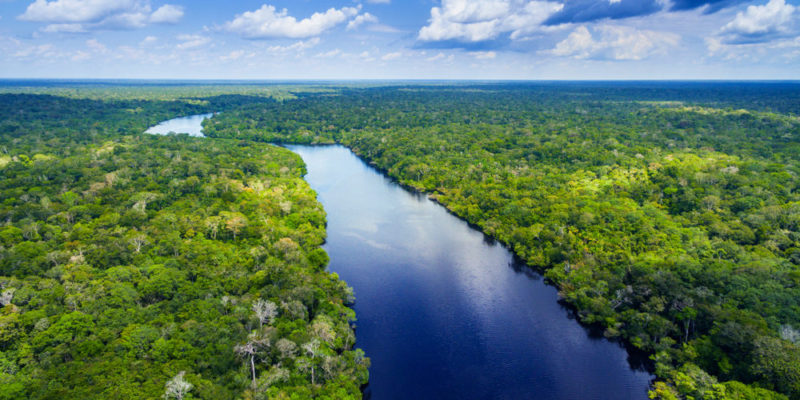 America is made up of three subcontinents : South America , Central America , and North America , as well as a set of islands known as the Antilles.

These four regions are highly varied climatically and topographically , with large mountain ranges such as the Rocky Mountains, the Sierra Madre Occidental, and the Andes , as well as important island assemblages such as the West Indies, the Canadian Arctic, Greenland, the Galapagos Islands, and the Falkland Islands. Also extensive plains in North America and in the South American Patagonian region.

There are large concentrations of plants, such as the South American Amazon , the Central American jungles or the great North American temperate forests .

It may interest you: Relief of America . 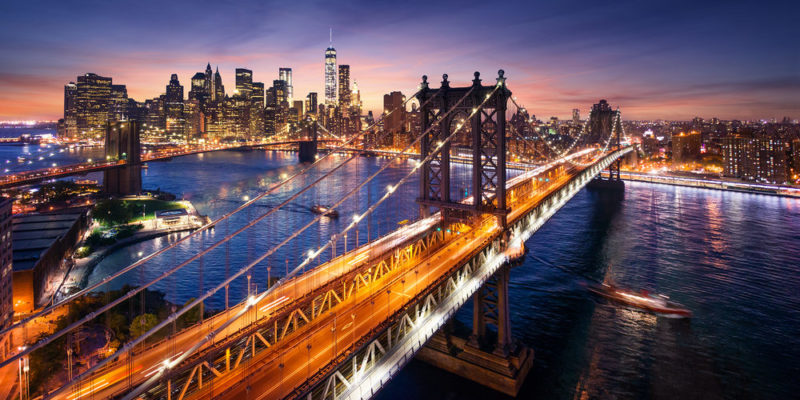 New York is one of the most populous cities in America.

The continent  is divided into 35 countries , of which the vast majority are former European colonies, and 23 dependencies of European states such as Denmark, the United Kingdom , France and the Netherlands.

The 35 American countries are: 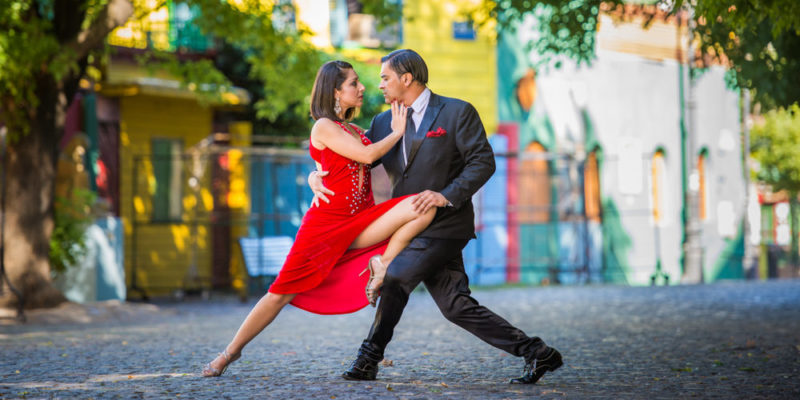 Latin America is one of the most culturally diverse places on the planet.

Culturally, the American continent is divided into two large regions: 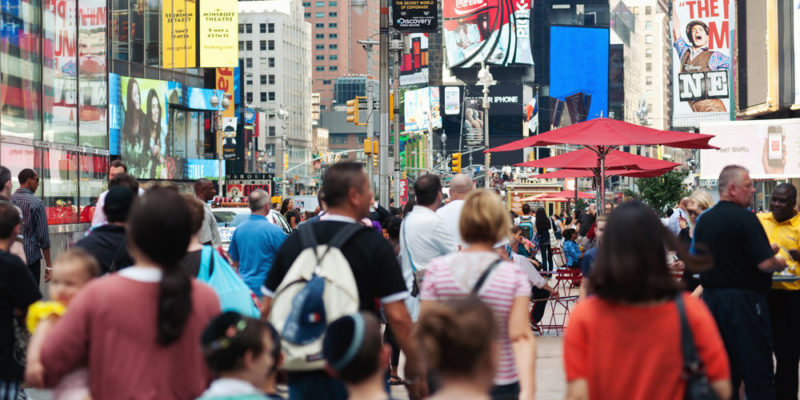 In most of America a process of miscegenation took place.

America has about 1,041,034,000 inhabitants , with an average density of 23.6 inhabitants per km2: it is the third most populated continent in the world and one of the least densely inhabited. The most populated cities on the continent are Mexico City , New York, Sao Paolo, Los Angeles, Buenos Aires , Rio de Janeiro, Chicago, Lima, Bogotá and Washington DF

The American population is highly varied in terms of race , since in most of the continent an extremely rich and complex process of racial hybridization and miscegenation took place, starting with the arrival of European settlers and the introduction of slaves. African blacks.

The main languages of the continent are Spanish, English, French and Portuguese , but alongside them there is a veritable multitude of dialects, aboriginal languages and  lingua francas , ranging from Nahuatl, Aymara, Quechua, Guaraní, Papiamento, Otomí, Creole, etc. 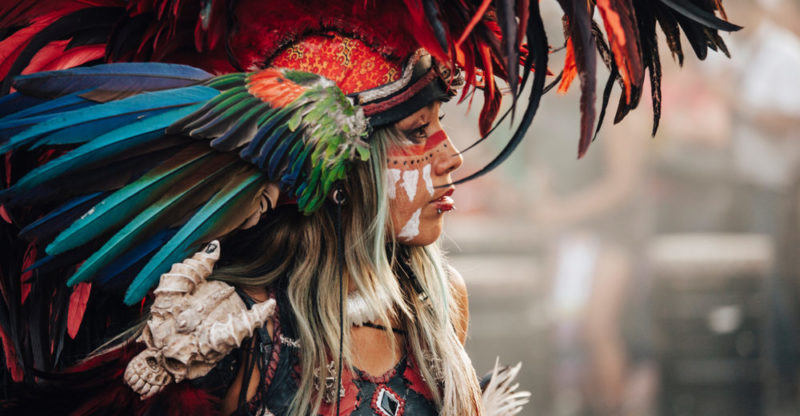 Pre-Columbian cults survive in many parts of America.

The majority religions in America are Christian: Catholic and Protestant , implanted by centuries of colonial domination at the hands of Europe.

However, pre-Columbian cults and aboriginal deities survive , in many cases fused with Catholic rites, and even the Yoruba religion has an important presence in the Caribbean region, preserving much of its African heritage.

It can serve you: Christianity . 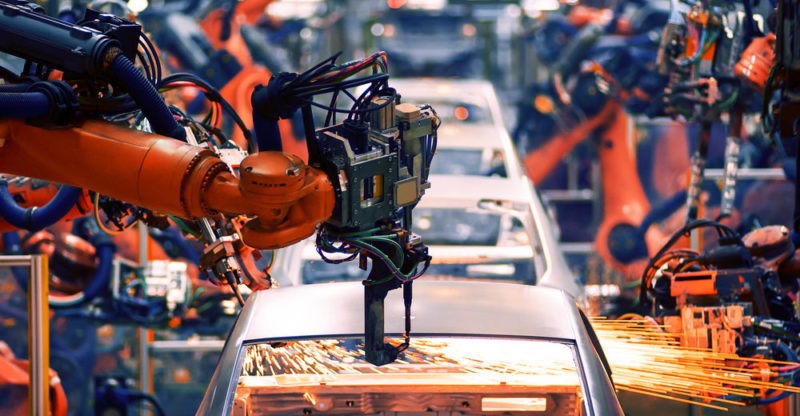 The United States is one of the most industrialized countries in the world.

In America there are some of the most industrialized countries in the world and their robust economies accompany their currencies and markets internationally, such as the United States, Canada, Brazil or Mexico.

At the same time, most of the Latin American nations present alarming indices of inequality in their population , with important margins of poverty such as the Brazilian favelas or the rural Bolivian, Mexican and Central American populations.

The history of the continent is vast and complex, but it can be divided into the following periods: