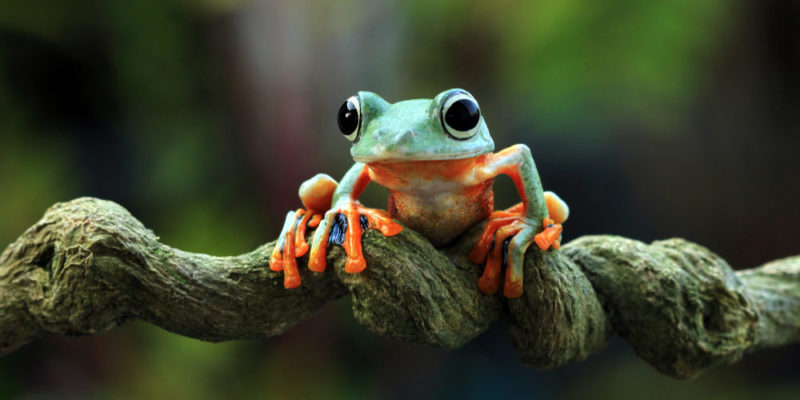 We explain what amphibians are, how they are classified, their evolution and metamorphosis. In addition, its characteristics, feeding and more.

Amphibians are the oldest land vertebrates . But unlike most of the animals that make up this classification, amphibians go through a metamorphosis during their development, that is, a series of deep morphological changes that distinguish the specific stages of their life cycle.

Thus, the first part of the amphibian life cycle takes place in the water , and the second on land . This dual condition is reflected in the etymology of its name: from the Greek amphi (both) and bio (life), that is, it has two different lives.

Amphibians have four mobile limbs , they are ectothermic (they regulate their temperature from the environment ), that is, they are cold-blooded like reptiles and fish . 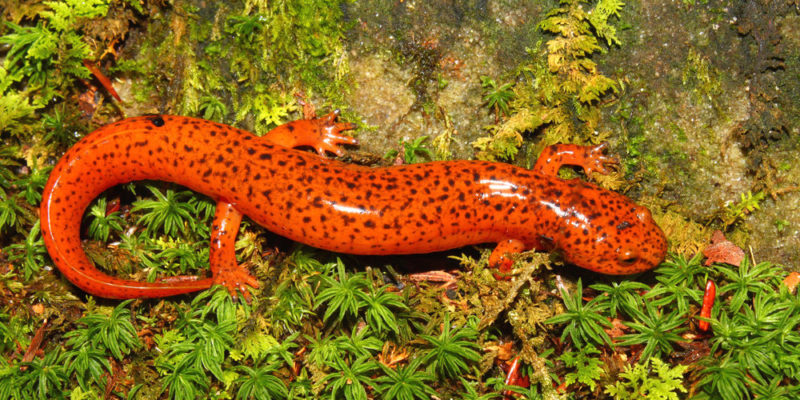 The salamander belongs to the subcategory called Caudata.

Animals of the amphibian class are recognized for being tetrapods (four legs) , anamniotes (their eggs do not have a protective membrane) and go through a metamorphosis in their reproductive cycle. That includes toads, frogs, salamanders, and caecilians.

The group is further divided into three subcategories or clades : Gymnophiona (vermiform, limbless burrowers, like caecilians), Caudata (have tails and four legs, like salamanders and newts) and Anura (tailless, like salamanders). toads and frogs)

The origin of amphibians is uncertain in phylogenetic terms:

Debate would determine whether the category should include all anamniotic tetrapods, or only modern amphibians, known as lissanphibians . 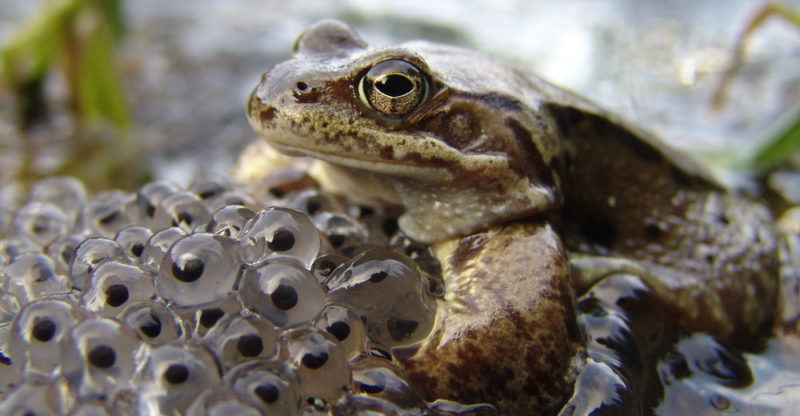 Egg laying occurs in aquatic environments and in large numbers.

Amphibians are oviparous , that is, they reproduce by laying fertilized eggs during copulation between male and female.

In general, the laying of eggs occurs in aquatic environments and in large quantities , since the tadpole hatches from them, a larva that grows over time and mutates its physical properties to resemble the adult. It then leaves the water and becomes a terrestrial adult capable of continuing the cycle. 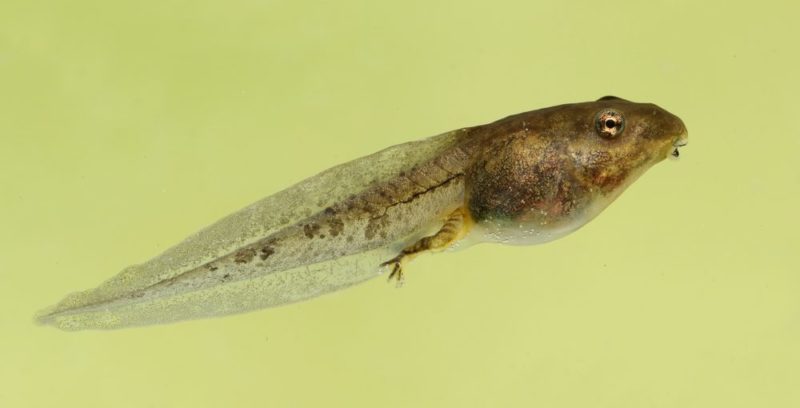 In the last stages the tadpole resembles the already formed adult.

The embryos formed in amphibian eggs soon give way to larval forms called tadpoles , whose physical characteristics are adapted to the aquatic environment: long tails, absence of legs, round mouth and gills.

Throughout its life, the tadpole feeds more or less omnivorously until its change process begins and its legs form as it loses its tail. In the last stages, not only does the body resemble that of the formed adult, but the gills are lost and pulmonary respiration is activated , a stage prior to the abandonment of aquatic life.

Immediately afterwards, once it has become a young adult, the amphibian leaves the water and lives the rest of its existence as a land animal, with legs and lungs, but generally requiring a very high margin of humidity to survive.

In the case of caudate amphibians or gymnophyans, the metamorphosis is much less radical than in anurans, since the tadpole and the adult are much more similar. 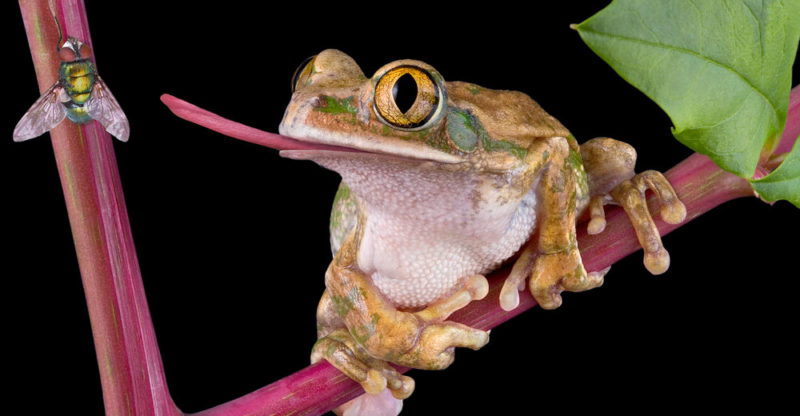 Amphibians are important predators for insects, arthropods, and worms.

During their aquatic stage, tadpoles can be herbivorous or basically feed on everything , depending on the species. Some can even tend to cannibalism if conditions are too adverse.

In their adult stages, amphibians are mostly carnivorous , becoming important predators for insects , arthropods , worms, and smaller species of amphibians.

The skin of amphibians is quite particular. It does not have any type of scales, hair or protective shell , it is permeable to water, it has a very high vascular content and it is made up mostly of glands. Thanks to it, amphibians can stay humid in a terrestrial context, while breathing (skin respiration) and controlling their body temperature .

In many, moreover, the skin of amphibians secretes toxic substances that serve as a defense apparatus , and contain colorful pigments to warn of their poison, or cryptic to camouflage it with the environment.

Amphibian skin typically renews itself through a molting process , during which the animal ingests the outer layers that are about to be shed. 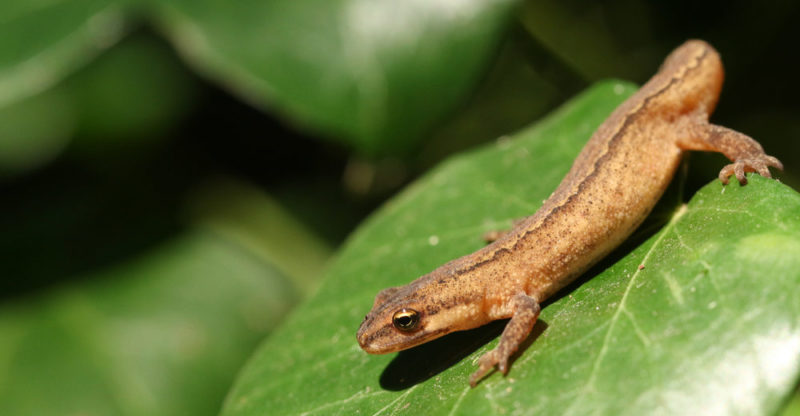 The salt concentration in the oceans is too high for amphibians.

For the most part, amphibians prefer warm, moist terrestrial environments , such as tropical or subtropical humid areas, as long as the water presence is fresh and not salty. The salt concentration in the oceans is too high for them.

The anurans are the ones with the greatest planetary spread , although their greatest diversity is concentrated in the tropics, while the salamanders prefer the temperate zones of the north.

The caecilians, in turn, prefer tropical heat , although they are really few in number and rare in appearance. The only regions devoid of amphibian life are the driest deserts , oceanic islands, and the Arctic and Antarctic poles .

There are around 7,000 known species of amphibians, making them among the most numerous animals in the world. Of this number, more than 6,000 are species of toads and frogs , around 650 of salamanders and axolotls, and barely 200 of caecilians. 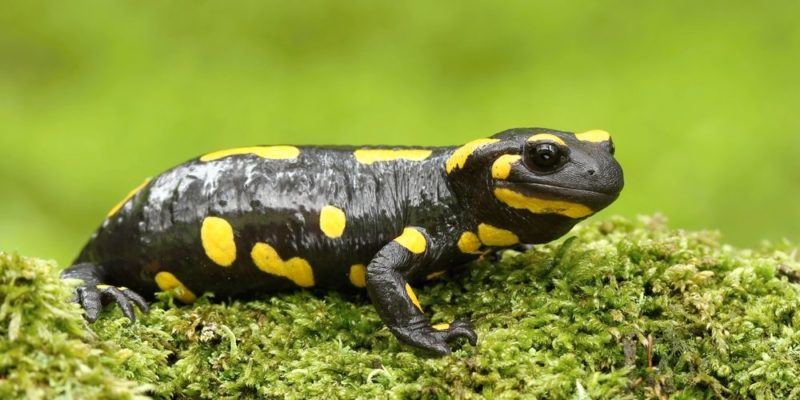 In ancient times it was said that salamanders were born from the fire of embers.

Amphibians have been intriguing animals for human culture since time immemorial , in which they were linked to abundance and vital proliferation, as well as alchemical nigredo and decomposing elements.

During the Middle Ages they were considered regular ingredients in spells and sorcery , or they were associated with the rains of animals, in which providence punished the behavior of some human group by raining frogs from the sky.

In contemporary children’s stories, the toad took center stage as the creature that witches used to turn princes into ; a spell from which only a princess kiss could tear them away. Another common place attributes to touching a frog the transmission of warts.

Salamanders were also considered mythical animals, supposedly born of fire or embers, or even immune to it. Touching a salamander was said to spread fever . As will be seen, contact with amphibians has always been a disturbing fact.

Since 1911 leading ecologists have warned of a radical decline in the number of amphibians populating the world, which could be one of the greatest threats to the planet ‘s biodiversity .

Climate change, habitat destruction and the introduction of species that violate the food chain are the main factors in the extinction of amphibians at the hands of man.