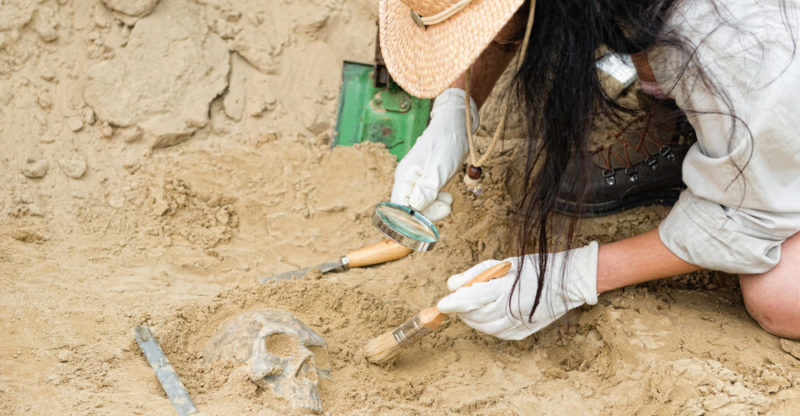 What does archeology study?

What does an archaeologist do?

Why is archeology important?

We explain what archeology is, its object of study, and the task of an archaeologist. Also, what are its characteristics and subdisciplines?

Archeology is the science dedicated to the study of ancient societies , through the discovery, description and interpretation of their preserved remains, such as ruins, utensils, works of art, ceremonial objects and even human remains. Its name comes from the Greek archaios , “old”, and logos , “knowledge”.

Given the non-specificity of its field, archeology is often considered a social science , a subfield of anthropology , or even the humanities . This is also due in part to the fact that this discipline draws on knowledge from many other sciences and disciplines, such as topography, geology , history or geography .

Thanks to the great discoveries of archeology, today we know much more about past civilizations and we can understand much better the dynamics of our sociological and cultural history as a species.

What does archeology study? 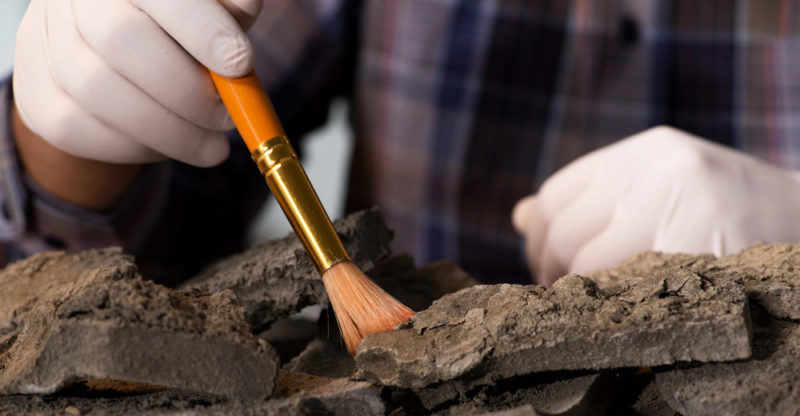 Archeology studies the social and cultural changes of humanity.

There are different points of view regarding what this discipline studies. According to some, his attention is focused on the study of the material remains of civilizations that have already disappeared .

Others consider that this is just one method.

For them, the true object of study is the social and cultural changes that humanity has experienced throughout history .

For others it is the scientific reconstruction of the life of ancient peoples.

Archeology was born from the formalization of the antiquarian trade during the 19th century . What used to be simply a fondness for things from the past, as a collector or even a seller of antiques, became a discipline.

As a consequence, this trade acquired formal rigor and applied scientific methods . In its beginnings, this discipline was very close to the philosophy of positivism, which required objective and scientific considerations, often unattainable given the nature of the study.

Today, contemporary archaeologists have understood the subjective value of their work . Although he points to scientific knowledge , the archaeologist uses his subjectivity to a certain degree when interpreting the anthropological treasures he unearths.

What does an archaeologist do? 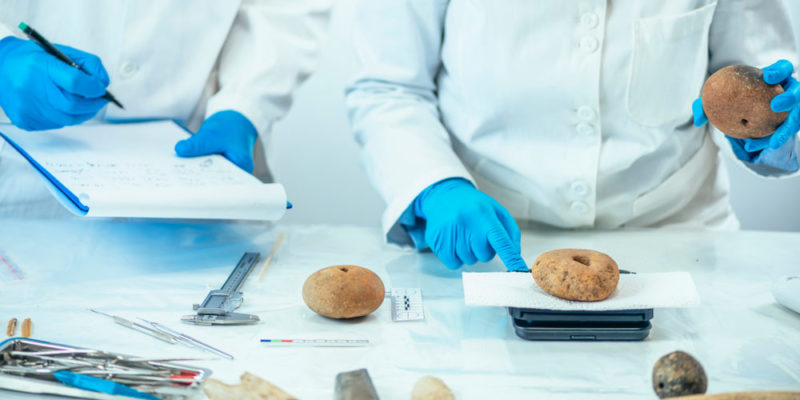 In the laboratories, the archaeological remains are cataloged.

The work of an archaeologist can be diverse and his work can be oriented to different areas:

Why is archeology important?

Archeology is central to understanding the human past , as written records or preserved relics are not always available. This is particularly true for cultures that are preliterate (without writing ) or have long since disappeared, as is often the case with ancient peoples.

Thanks to archaeology, we can find, study and understand the remains of our cultural ancestors . In this way it is also possible to understand who we are, where we come from and perhaps where our future is headed. 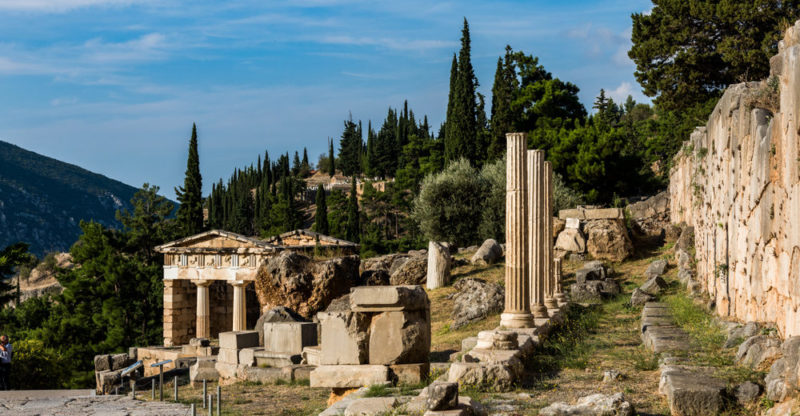 Some archaeological sites are located in areas that are currently uninhabited.

Some ancient remains (such as fragments of tools, structures or even human remains) have been preserved over the centuries underground . When a set of these elements is concentrated in one place, we are dealing with an archaeological site, also called a settlement or archaeological site.

For a set of ancient remains to be an archaeological site, it must be the product of human action and therefore testify to the presence of previous cultures. On the contrary, if it is only about animal remains, such as dinosaur bones , it is studied by another discipline, such as paleontology .

Although these are formerly inhabited territories , some archaeological sites are found in areas that are currently uninhabited. However, others are found below current urbanizations where multitudes of people live , without knowing what is hidden below. 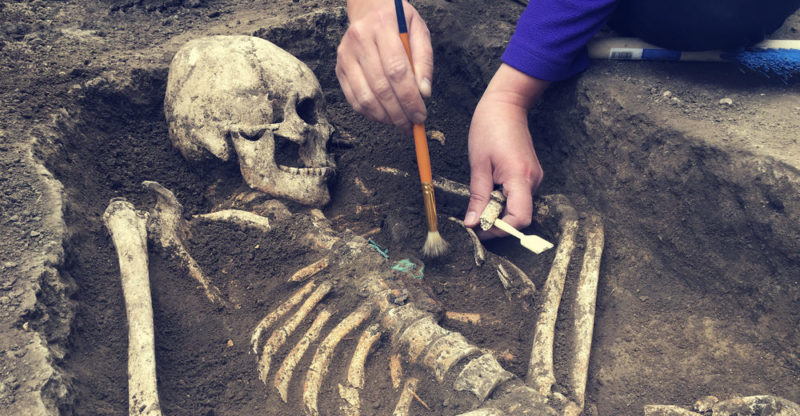 Archaeological excavations can last months and even years.

Excavations are probably some of the most exciting work in archaeology . They imply the physical incursion into different territories, some even underwater or inside caves, in pursuit of the recovery of archaeological finds.

These excavations can last for months and even years , and involve a massive and interdisciplinary team of work . In addition to including experts who deal with the remains found and the appropriate excavation techniques, it includes specialists in the safety of people, the preservation of what was found, and the environmental regulations to consider.

Once valuable archaeological remains have been found during excavations, a meticulous study of them is often required. Among other things, their time of origin is determined. The latter is known as dating and can be done through various techniques, for example: 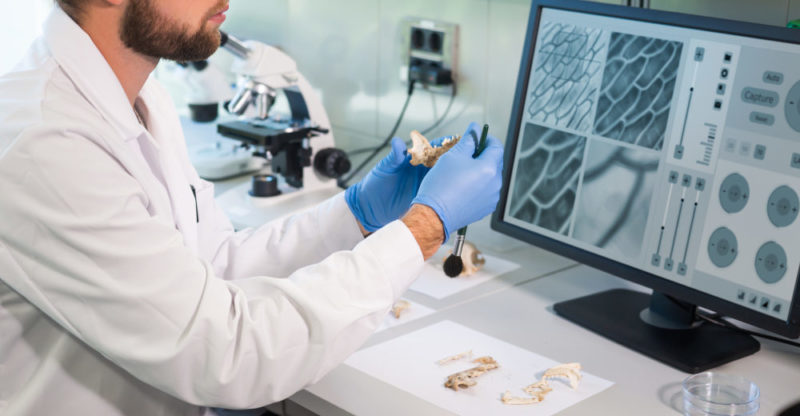 In many countries, archeology suffers from a lack of interest.

Archeology today faces many drawbacks that hinder its work, such as the destruction of sites due to mining , agriculture or urban construction. Additionally, it is affected by artifact looting.

On the other hand, in some countries it is harmed by the lack of interest and financing . Excavations are usually expensive and take a long time before yielding their first results, so state funding is often essential.

Another problem is pseudo-archaeology or fantastic archaeology , an occult pseudo-science or discipline. Unlike formal archaeology, it does not use any scientific method . He often indulges in wild or mind-boggling theories that are spread in sensational media, obscuring the real work of archaeology.

Archeology has numerous branches, the main of which are: 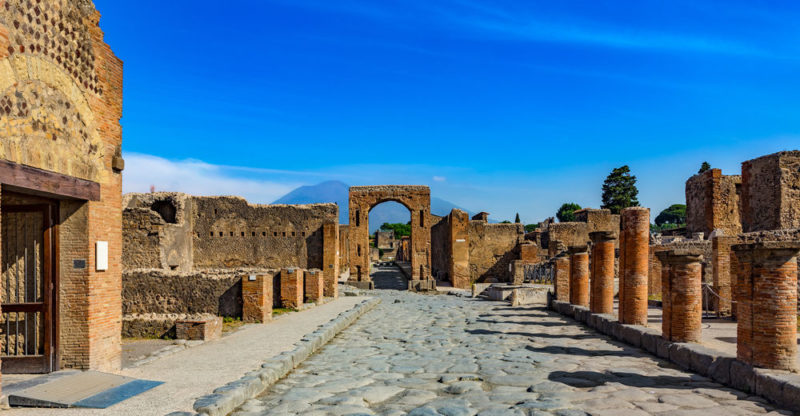 Pompeii remained preserved under the lava of Vesuvius.

Some of the main archaeological finds in history have been: