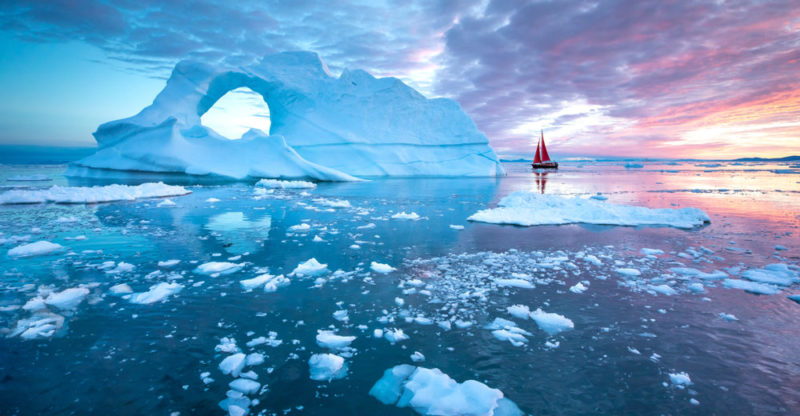 What is the Arctic Ocean?

Limits and geographical location of the Arctic Ocean

Surface and depth of the Arctic Ocean

History and formation of the Arctic Ocean

Flora and fauna of the Arctic Ocean

Ice density in the Arctic Ocean

Natural resources of the Arctic Ocean

Environmental status of the Arctic Ocean

We explain what the Arctic Ocean is, where it is located and what its climate, flora and fauna are like. Also, what are its characteristics and resources.

What is the Arctic Ocean?

The Arctic Ocean is the planet’s northernmost and smallest body of water , located at the Arctic Circle ( north pole ). It is the coldest ocean on the planet, whose waters are covered by a huge mass of ice throughout the year, despite which it presents life very well adapted to hostile climatic conditions.

Unlike the South Pole, which has a continental shelf on which ice rests , the North Pole has no solid land beneath the thick ice sheets. This means that there are frozen debris of different thicknesses floating in the central waters. These large masses of ice are surrounded by sea during the summer and in the winter, as the water freezes, it becomes thicker.

Limits and geographical location of the Arctic Ocean

The Arctic Ocean is in the Northern Hemisphere , in the region near the pole (polar circle) common to Asia , Europe , and North America .

It borders the Atlantic Ocean , through the Fram Strait and the Barents Sea; with the Pacific Ocean through the Bering Strait and with the coastline of Alaska, Canada, Northern Europe and Russia.

Surface and depth of the Arctic Ocean 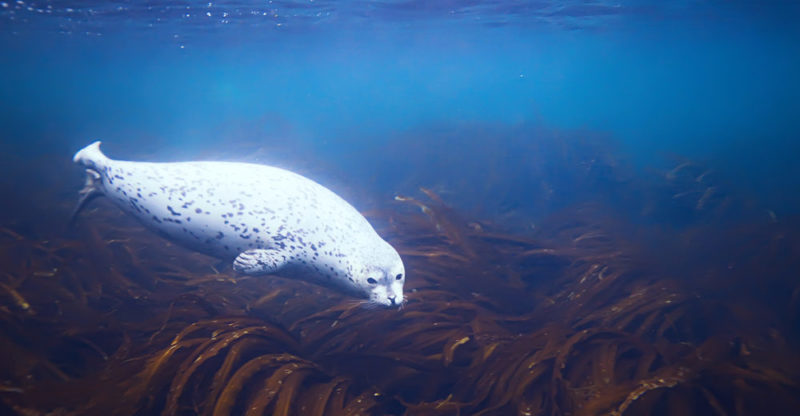 The total extension of the Arctic is 14,056,000 square kilometers (almost the size of Russia and five times the size of the Mediterranean) and its average depth is 1,205 meters below sea level, and can reach 2,000 or 4,000 meters deep in the deepest regions (two oceanic basins: the Eurasian and the Asian-American).

History and formation of the Arctic Ocean

Much is unknown about the formation of this ocean since the arduous conditions of the region, inhabited for almost twenty thousand years by the Eskimo people , make its study difficult.

Fossils and evidence of frozen organic life have been found , so it is estimated that about 70 million years ago it had more or less the same conditions as the Mediterranean Sea today . 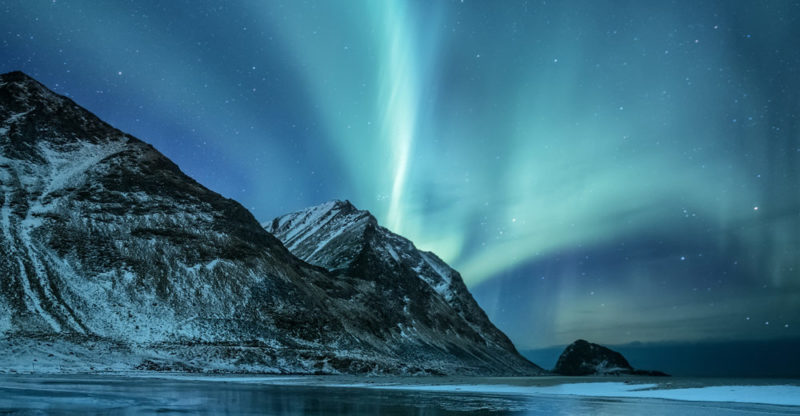 In winter the temperature drops to -50 °C.

The polar climate is one of the coldest on the planet , with more or less persistent annual temperatures divided into two seasons of six months each:

Flora and fauna of the Arctic Ocean 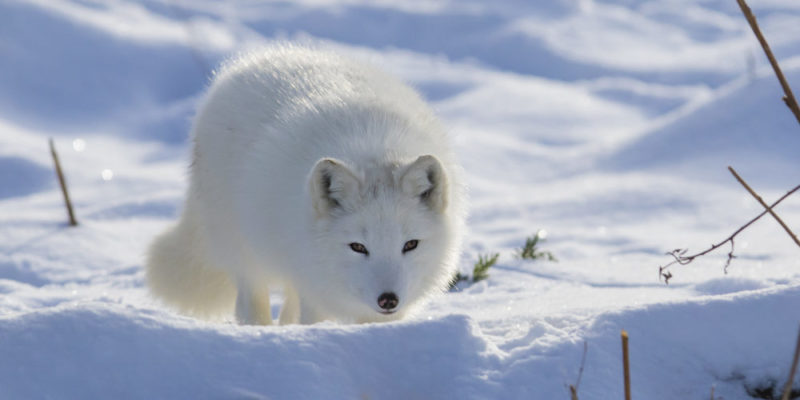 In the Arctic, many mammals have white fur that acts as camouflage.

The Arctic is inhabited by some four hundred animal species , all adapted to the intense cold of the region. The best known are the six species of seals and sea lions, whales of various kinds and above all its most typical and well-known inhabitant: the polar bear, the largest predator in the area capable of reaching 800 kg in weight.

The region is also abundant in krill, a type of microscopic mollusk that plays a vital role at the base of the marine ecological pyramid. The vegetation, on the other hand, is scarce, composed only of mosses and lichens.

Ice density in the Arctic Ocean 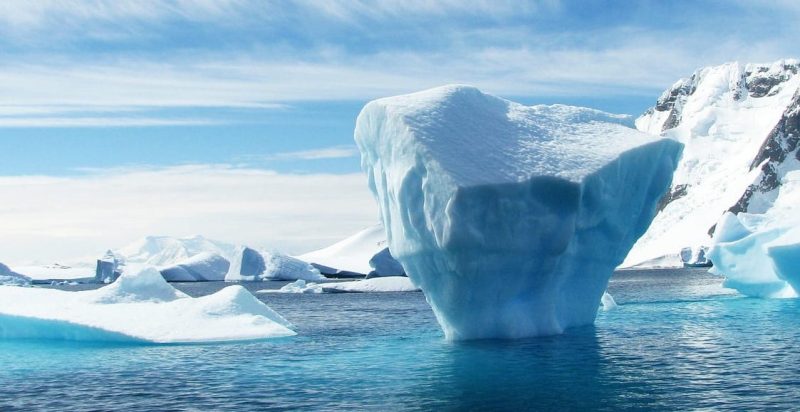 Ice caps are icy masses that form on the surface.

The non-aquatic surface of the Arctic is covered with ice caps that grow to twice their size during the winter and are surrounded by frozen water in the summer. Beneath the ice, however, the frozen waters remain.

The Arctic ice caps reach 2 to 3 meters thick , constantly moved by the waters and the intense winds coming from Siberia. Eventually these ice chunks can collide and coalesce, forming a pressure ridge that is easily more than three times as thick as the caps that formed it.

The salinity of the Arctic Ocean is the lowest of all those on the planet , due to the very low evaporation it presents and the inflows of fresh water from melting ice.

Natural resources of the Arctic Ocean 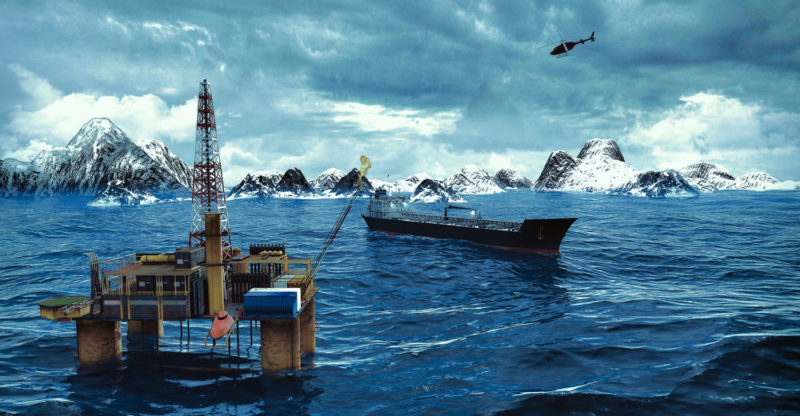 It is estimated that the Arctic holds 25% of the world’s reserves.

Under the Arctic Ocean are significant amounts of oil , natural gas, tin, manganese, gold , nickel, lead and platinum, estimated at 25% of world reserves. This, added to the progressive melting of the ice that will allow access to these resources in the future, makes the region an energetic and tactical zone of vital importance for the future.

The Arctic ocean floor is made up of three recognized submarine ridges:

Environmental status of the Arctic Ocean 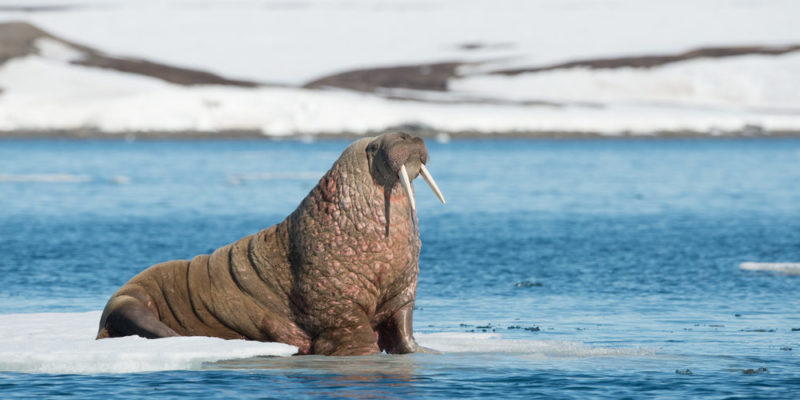 The melting of the Arctic ice increases the world’s water level.

The Arctic Ocean is the largest freshwater reserve in the world in its perennial ice whose melting, as a result of global warming , is alarming.

The melting of the pole not only leaves local species without habitat, but also accelerates the warming process by stopping the cooling of the surrounding winds. In addition, it increases the level of the world’s waters , submerging several kilometers of coastline under water and thus causing massive human disasters.

The worst projections estimate that, at the rate we are going, Arctic ice will be lost for the first time in human history in the summers between 2013 and 2040. This would disrupt ocean current patterns and drastically alter the climate of the Earth. Earth .