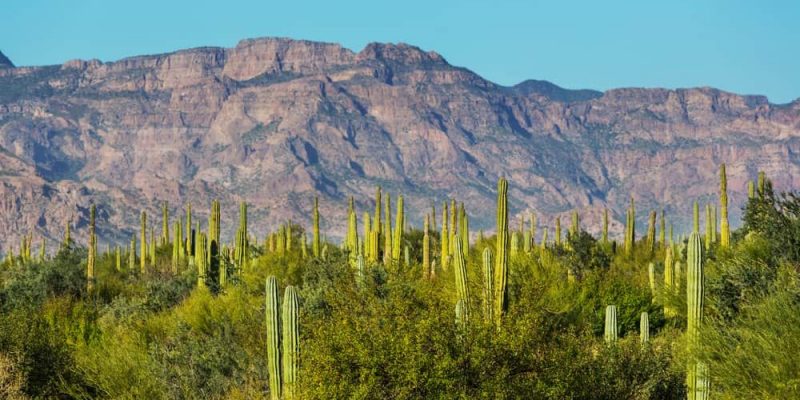 Flora and fauna of Aridoamerica

Problems of the Aridoamerica concept

Differences between Aridoamerica and Mesoamerica

We explain what Aridoamerica is, what its geography is like and the cultures that inhabited it. In addition, its characteristics, economy, relief and more.

Aridoamerica is called a wide pre-Columbian cultural region that corresponds to the current territories of northern Mexico and the Southwest of the United States.

It is located at the northern limit of the ancient Mesoamerican region , corresponding to the southern half of Mexico , Guatemala , Belize, El Salvador, and the west of Honduras, Nicaragua and Costa Rica.

The concept of Aridoamerica is derived from that of Mesoamerica , proposed by Paul Kirchhoff to define the pre-Columbian cultural bloc that populated the southern Mexican and western Central American regions, and can be characterized as a great human civilization .

It is preferred to speak of Aridoamerica to counteract the concept of “cultures of the Southwest” proposed by academics from the United States, which makes their country the “center” of the perspective.

This region is located in North America , in the middle section between the current countries of the United States and Mexico .

Today it would encompass almost the entire territory of the Mexican states of Tamaulipas and Nuevo León , the northern region of San Luis de Potosí, Zacatecas, Durango, and the entirety of Coahuila.

In addition, it extended through the current territories of Baja California and Baja California Sur , a large part of Chihuahua, parts of Sonora, Hidalgo, Guanajuato, Querétaro, Jalisco, Sinaloa and Aguascalientes.

With respect to the territories that today belong to the United States, it covered the states of California, Nevada, Utah, New Mexico and parts of Texas and Arizona . 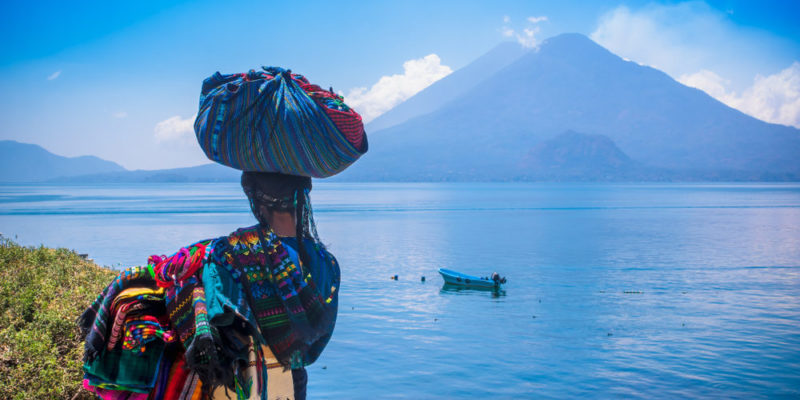 Some pre-Columbian cultures are understood within the term “chichimecas”.

However, they existed in various geographic locations and in different historical periods . Some of these cultures are understood within the term “chichimecas”.

These cultures, on the other hand, were grouped into two specific cultural subregions within Aridoamerica: 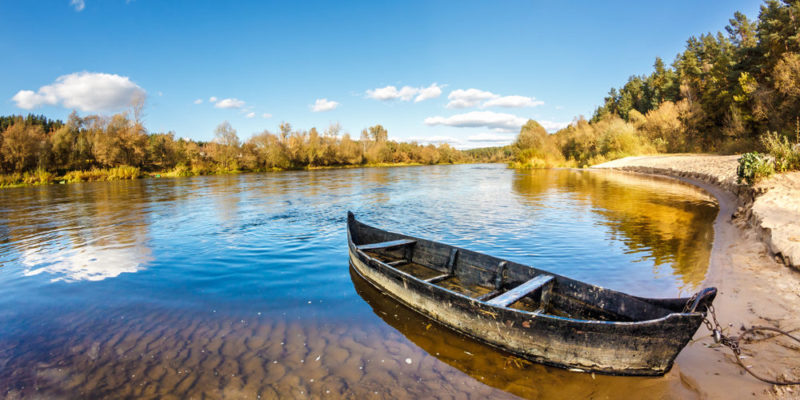 Fishing in wooden boats was one of the fundamental economic activities.

The difficult living conditions in the arid American desert undoubtedly marked the types of productive activity of its inhabitants. A nomadic or semi-nomadic existence was favoured , due to low rainfall and poor soil for farming and cultivation.

It is possible that attempts were made to develop some kind of cultivation during the rainy seasons .

Thus, hunting and gathering, the manufacture of tools with stones and slabs , or fishing with wooden boats were their fundamental economic activities.

It is estimated that there was some exchange with more economically and culturally developed peoples, such as the Mesoamericans.

This bore some fruit, despite the fact that their way of life prevented the Aridoamericans from developing sophisticated systems of writing , art , or building .

This region is characterized by the extensive and arid plains , located in the middle of two main elevations to the east and west: the eastern and western ranges of the Sierra Madre.

The latter was very relevant for its inhabitants , since most of them lived in caves and used stone tools, in their semi-nomadic existence.

Flora and fauna of Aridoamerica 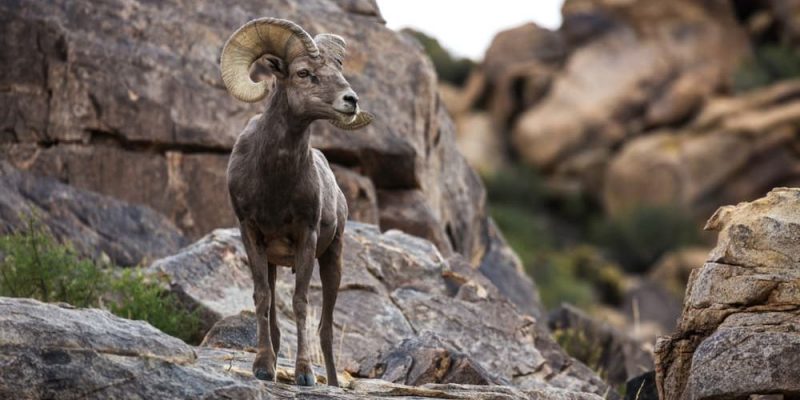 The bighorn sheep is one of the few mammals adapted to the region.

Life in the region is adapted to the arduous living conditions , with xerophytic and sparse vegetation predominating. However, cacti, seasonal bushes and agaves are abundant, capable of storing water in their tissues.

For its part, the fauna is also resistant and ferocious , abounding in arachnids (spiders and scorpions ), reptiles ( snakes and gila monsters).

In addition, some mammals such as the bighorn sheep or various species of foxes and canines such as the coyote can be found.

The arid-american region always presented harsh climates , with high daytime temperatures (reaching 50 °C in the sun ) and cold temperatures at night (even falling below 0 °C).

This enormous thermal amplitude, added to the scarce annual precipitation , supposes an arid to semi-arid climate. 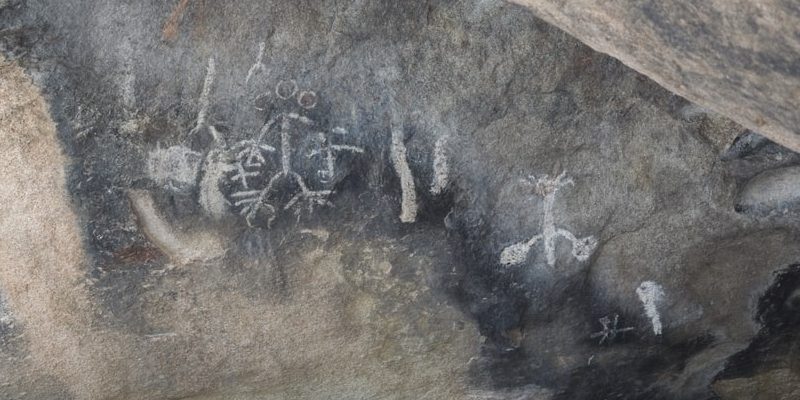 Although they did not leave buildings, cave paintings have been found.

The Aridoamerican cultures did not achieve an important level of development , probably due to the precarious living conditions that they managed to endure.

However, their collective tribal organization, with clearly identified military and religious leaders , has left traces on their tools, vessels, and funerary deposits (tombs) that show a great devotion to the deceased.

It is also possible to find numerous cave paintings on the walls of their cave dwellings.

Problems of the Aridoamerica concept

The concept of Aridoamérica presents drawbacks when it comes to grouping together all the peoples of the region because, due to their wild way of life, there was no central culture or great empires.

It is believed that it did not even develop from a common language . In fact, the Nahuas considered the Arido-Americans “barbarians” in the same sense that Ancient Greece did with its neighboring populations : “those who do not know how to speak.”

To name the “barbarian” they used the word Chichimeca , rescued by many Mexican archaeologists to name the Aridoamerican region, thus composing the alternative name of “Great Chichimeca”.

Differences between Aridoamerica and Mesoamerica 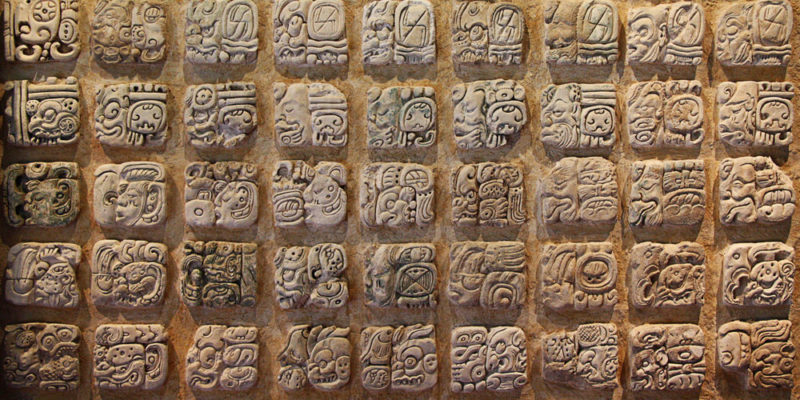 Mesoamerican cultures were able to venture into the development of writing.

Faced with the enormous diversity and cultural richness of Mesoamerica , the peoples of Aridoamérica may seem like little.

However, we must not forget the substantial differences in their inhabited territories, such as the fertility of the varied and exuberant territory of Mesoamerica .

Thanks to these conditions, the Mesoamericans developed agriculture and settled in large urban areas , thus developing their particular architecture.

The Aridoamericanos were not so lucky . The lack of rain and rivers forced them to subsistence agriculture, having to hunt and deplete resources and move to new areas, which prevented the construction of large communities .

The latter also determined the durability of cultures to this day. Sedentary cultures such as Mesoamerica had time to develop more sophisticated writing , construction, and ritual forms, of which remnants may remain.

The nomads or semi-nomads, on the other hand, had a culture with ephemeral productions , with the predominance of dance , song and wind instruments.

This is how a specific cultural region is known within what was Aridoamérica .

It differs because from 500 BC to 1500 AD, it managed to use Mesoamerican farming techniques and the Gila and Asunción rivers to defeat nomadism.

Their settlements extended into the region of present-day Arizona, New Mexico, and California in the United States , and Sonora and Chihuahua in Mexico.

The Oasis-American cultures were diverse and organized into three great cultural regions : Anasazi, Mogollon, and Hohokam. In some cases these cultures developed adobe housing complexes, permanent agriculture and ceramic production .