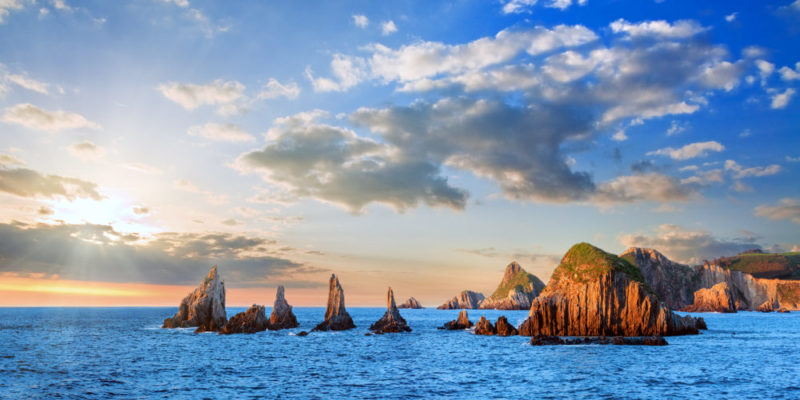 What is the Atlantic Ocean?

Where is the Atlantic Ocean located?

Density and temperature of the Atlantic Ocean

Islands of the Atlantic Ocean

We explain what the Atlantic Ocean is, the countries that surround it and how much it extends. Also, what are its characteristics, islands and more.

What is the Atlantic Ocean?

The Atlantic Ocean is the body of salty water that separates the American continent from Europe and Africa . It was formed 200 million years ago after the geological separation of the supercontinent Pangea. It is the youngest of the world’s oceans .

Its name comes from the Greek deity Atlas, the titan who holds the world on his back. The ancient Greeks thought that the world ended at the Pillars of Hercules, which mark the end of the Mediterranean Sea , and they assumed the Atlantic Ocean as a gigantic river that circled the world.

For centuries the idea that this ocean marked the end of the known world reigned in Europe , Asia and Africa . But in 1492 the Genoese navigator Christopher Columbus crossed its waters , in search of a trade route to China , and ran into the American continent .

Later, during the time of American colonization , the Atlantic was often crossed from Europe and from Africa . The latter due to the trade of slaves African Caribbean plantations to feed at the time.

Today the Atlantic is one of the most commercially active oceans in the world . It is of vital economic importance for the exchange between the so-called “Old” and “New” continents (Europe and America , respectively).

The oil, fish, tourist and commercial exploitation of this Ocean is one of the largest on the planet .

Where is the Atlantic Ocean located? 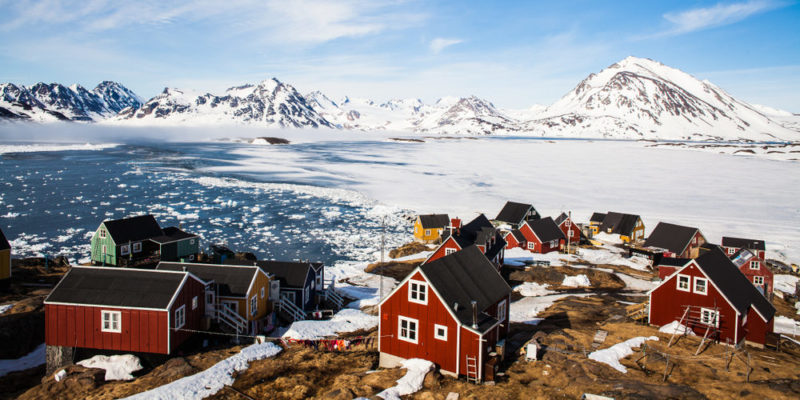 To the north, the Atlantic Ocean borders the Greenland Sea.

The Atlantic is located between the continents of America, Africa and Europe .

To the west it borders the Caribbean Sea , the Gulf of Mexico, the Río de la Plata, Tierra del Fuego, Cape Horn and the Strait of Magellan.

To the East it borders the European coasts , the Mediterranean Sea, the Irish and Scottish Sea, the North Sea, the Bristol Channel, the English Channel, the Bay of Biscay, the Gulf of Guinea.

To the north, it borders the Greenland Sea, the Norwegian Sea and the Davis Strait, and to the south with the Antarctic continent .

The Atlantic Ocean is divided into two regions by the equator : the North Atlantic and the South Atlantic. Many of its surrounding seas are considered separate bodies of water , although oceanographically they are part of the same Atlantic mass. 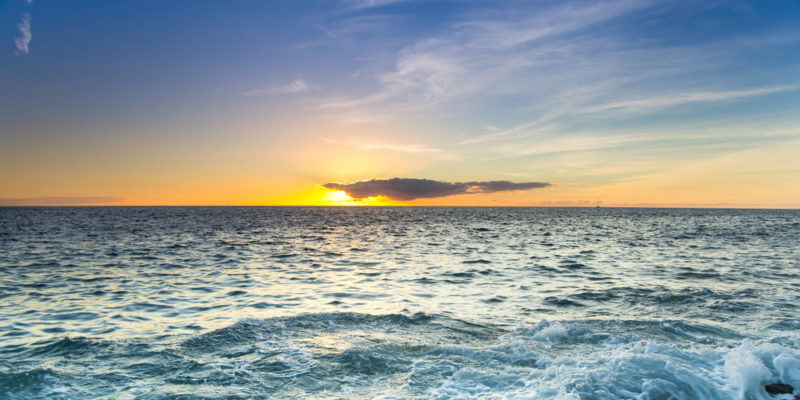 The Atlantic Ocean occupies 20% of the Earth’s surface.

The Atlantic Ocean is the second largest on the planet , occupying 20% of its total area and 26% of the submerged territories. It is shaped like the letter “S”. Its waters cover an area of 81,760,000 km 2 without counting the adjacent seas (106.5 million in total).

It reaches its maximum width of 11,800 km from the Gulf of Mexico to Georgia, a European country located on the shores of the Black Sea. This area contains about 354.7 million cubic kilometers of water, counting the adjacent seas.

Density and temperature of the Atlantic Ocean

Like other oceans and seas, its density depends on the degree of salinity of its waters , which on average has 36 grams of salt per liter of water.

Temperatures also play a role , which tend to be lower in regions near the poles. Its highest temperatures are in the tropical and intertropical region. 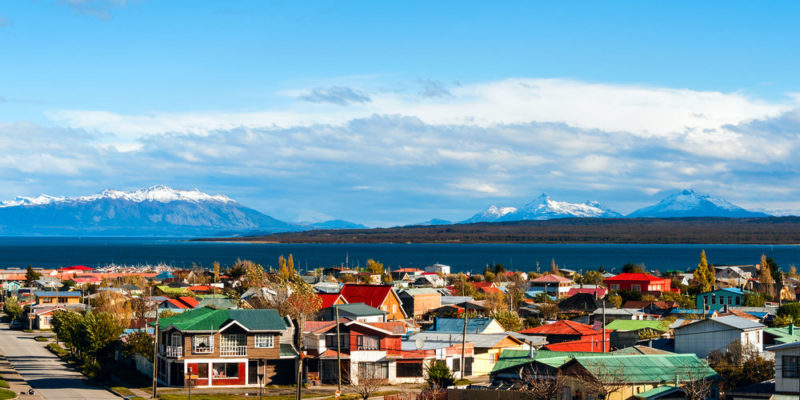 The Strait of Magellan is one of the meeting points with the Pacific.

The Atlantic and the Pacific meet in only two places:

Islands of the Atlantic Ocean

The Atlantic Ocean has a significant number of islands, grouped into:

The Atlantic is the recipient of polluting emissions from America , Africa and Europe. In that sense, it is an environment bombarded by industrial waste, sewage and other pollutants. 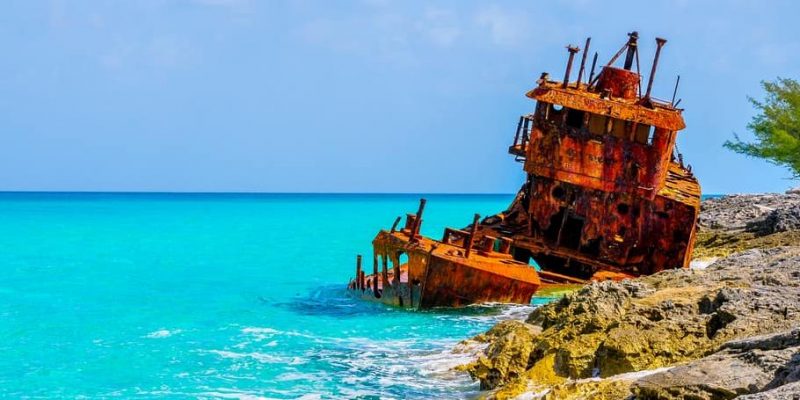 The Bermuda Triangle is believed to be the author of numerous shipwrecks.

Located in the Atlantic, this region in the shape of an equilateral triangle between the islands of Bermuda, Puerto Rico and the coast of Florida in the United States is famous for its dangerous navigation and even overflight.

There are numerous popular theories about it, ranging from magnetic confluences to extraterrestrial presence , but nothing is scientifically proven to date. 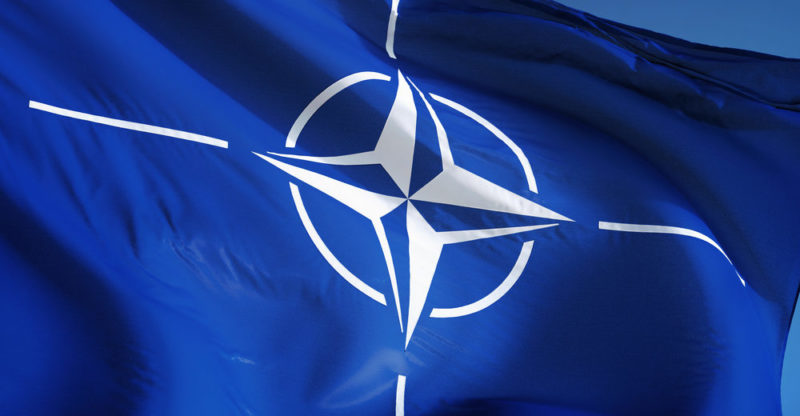 NATO is an international alliance of countries in the North Atlantic region.

It is an international alliance of countries in the North Atlantic region , of a military and strategic nature. The member countries commit to a mutual defense in case of being attacked by any external power.

This organization is based in Brussels, Belgium and was founded in 1949 with the signing of the aforementioned treaty.

Another myth of the Atlantic Ocean is that of Atlantis, a submerged continent centuries ago . According to this belief, there was a powerful ancient civilization, which was located in the heart of the North Atlantic.

The Atlanteans, inhabitants of this mythical continent, appear in different texts of classical antiquity . They are even mentioned by Plato .

They are credited with the military and commercial dominance of western Europe and North Africa. But, according to legend , they were stopped by the Athenians. This myth has endured through the centuries, without there being clear indications of any kind of historical or scientific verification in this regard.