Baroque Style: What Is It, Information, Themes, Characteristics 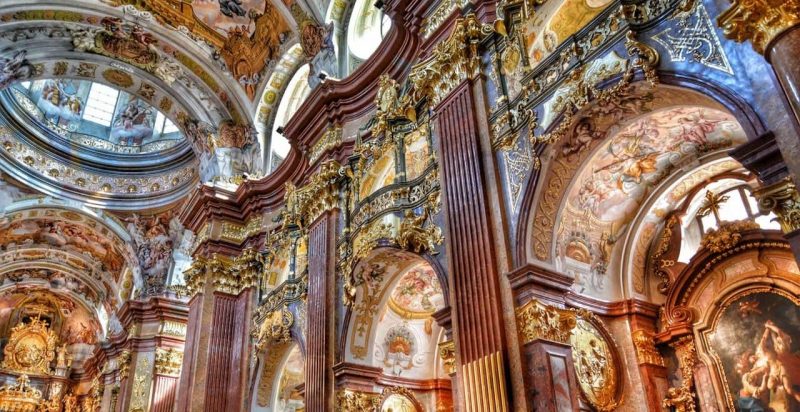 Origin of the baroque style

Artful proportions of the baroque

We explain what the Baroque is, how it originated and the topics it covers. Also, what are its characteristics and different arts.

The baroque style is a set of characteristics expressed in the different branches of art that developed in Europe from the beginning of the seventeenth century to the middle of the eighteenth century.

The term baroque was coined in the immediate aftermath, the 18th century, to refer disparagingly to earlier art , considering it deformed and exaggerated. However, later this style was revalued for its ability to express feelings and passions , and for its profound impact on the viewer.

The baroque style is often opposed to the classical style . The latter is characterized by respect for proportions, the almost mathematical representation of reality, the harmony of the elements and the selection of calm characters such as gods and kings. Art historians maintain that in all eras of European art there has been an alternation between a style more similar to the baroque and another more similar to the classical one.

Origin of the baroque style 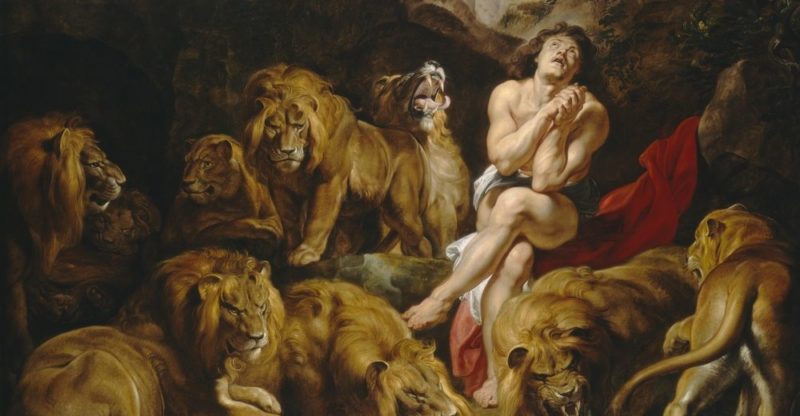 The baroque transmitted pain, love and life with greater intensity.

The baroque originated in the early seventeenth century , at a time when Europe was affected by the so-called 30 Years War (1618 - 1648) but also by multiple revolts and local revolutions.

In addition, deaths from the plague were frequent . In this context of violence and death, this art form arises that transmits not only pain with greater intensity, but also love for life .

On the other hand, the Catholic Church was experiencing its first crisis , so it sought to convert its temples into places with a multitude of sculptures that inspired religious fervor. The baroque style, which was beginning to emerge, responded to these needs. In other words, the baroque found its origin in social causes and the necessary impulse in religious causes.

The main characteristic of Baroque art is the objective of representing internal passions . Among them are feelings such as love or anger, but also forms of spirituality, such as faith, peace, and mercy. In addition, the baroque sought to represent the individual temperament.

Artful proportions of the baroque 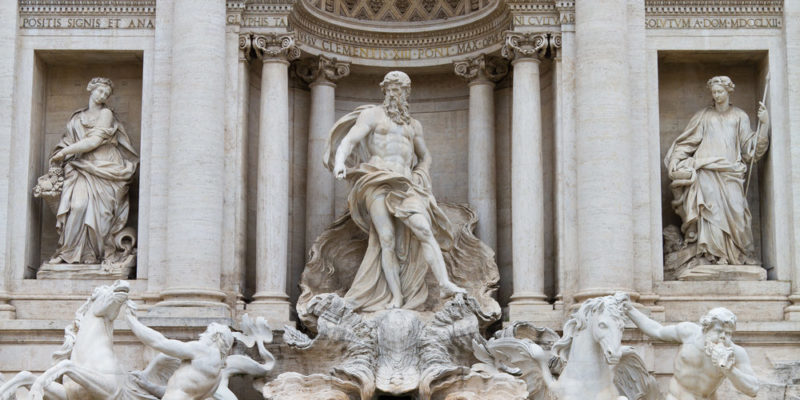 Exaggeration in the baroque was used to create tension and movement.

The baroque was looking for a credible representation of reality , therefore, in painting and sculpture, we find human representations very similar to real models.

However, the proportions of human bodies are in many cases exaggerated , although this cannot be seen with the naked eye. Exaggeration was used as a way to create movement and tension, as well as to facilitate the expression of passions.

There are three types of themes in the Baroque style. 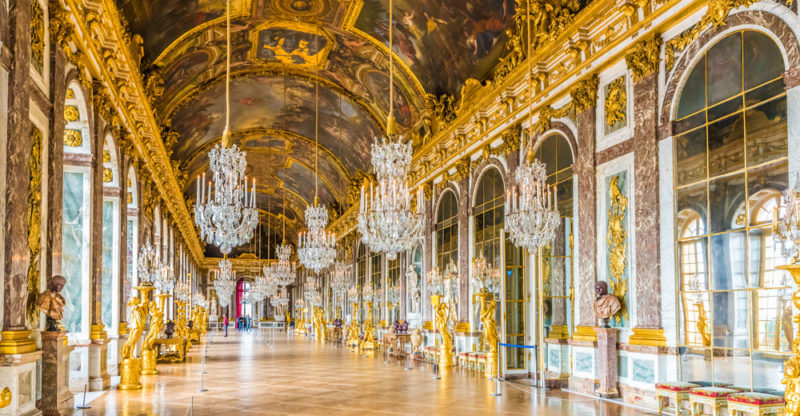 The Palace of Versailles is an example of Baroque architecture.

In the baroque architecture you will find an exuberant decoration . Curved figures, both concave and convex, predominate. The scenographic sense of architecture is observed in the various optical games that built different images depending on the observer’s point of view.

Both kings and popes promoted the expression of great ideals in Baroque architecture, through their urban planning programs.

Examples of Baroque architecture are the facade of the San Carlo alle Quattro Fontane building (1640) by Francesco Borromini, in Rome, and the Palace of Versailles (1685) by Louis Le vau and Jules Hardouin-Mansart.

The music Baroque is characterized by the use of tonal harmony , ie, the combination of sounds simultaneously, with the constant presence of the continuo. Music is no longer subject to the word (vocal language) developing its own instrumental language.

The baroque contrast is expressed in music in the use of dissonance and the contrast between strong and weak parts of the measure.

Examples of baroque music are the cantatas by JS Bach and The Four Seasons by Antonio Vivaldi. 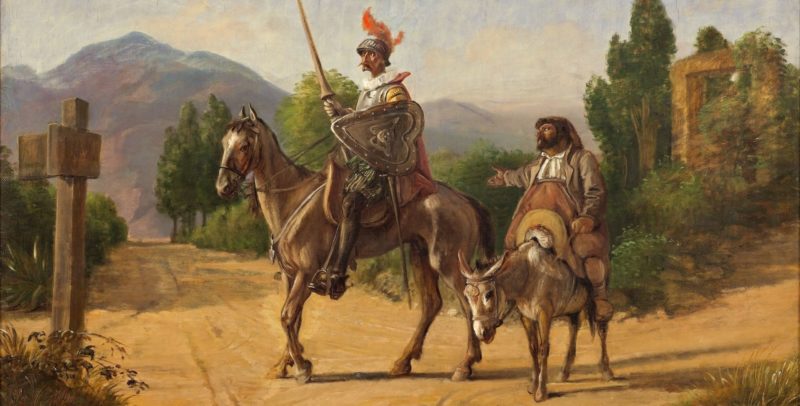 Don Quijote de la Mancha was published in Peru in 1607.

The literature of the Baroque expressed skepticism and pessimism . He uses multiple rhetorical devices, such as allegories and metaphors, and his language is ornate and sumptuous, with a multitude of adjectives. At this time, Latin began to be abandoned and the vernacular languages were used .

Life is presented as a struggle , or in other cases as a dream, an illusion or a lie.

Among the baroque works are Don Quixote , by Miguel de Cervantes , the Fable of Polyphemus and Galatea (1613) by Luis de Góngora and the Spanish poetry book Parnaso (1648) by Francisco de Quevedo. 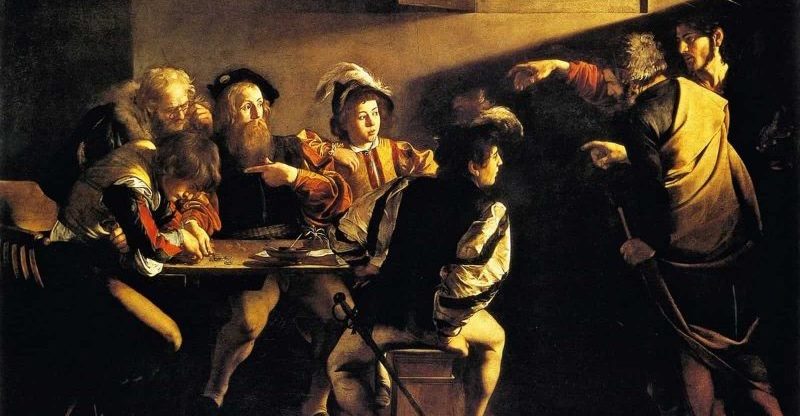 In Baroque painting, the contrast between light and dark areas appears.

Specifically in painting , chiaroscuro appears , which is the contrast between light and dark areas. The technique is oil on canvas.

Examples of Baroque painting are The Vocation of Saint Matthew (1601) by Caravaggio and Portrait of Cardinal Richelieu (1640) by Philippe de Champaigne.

The sculpture also explores the imitative but exaggerated representation of the human body and face . The bodies are usually wrapped in fabrics that create greater drama and also allow to create contrasts between colors and textures.

In sculpture, these effects of light and shadow are achieved thanks to relief . Each sculpture is designed for a specific place, and therefore is subordinate to the architecture and the light (natural or artificial) that it receives in that place.

Examples of Baroque sculpture are  Apollo and Daphne (1625) by Gian Lorenzo Bernini and the so-called “Column of the Plague” (1679) by Matthias Rauchmüller. 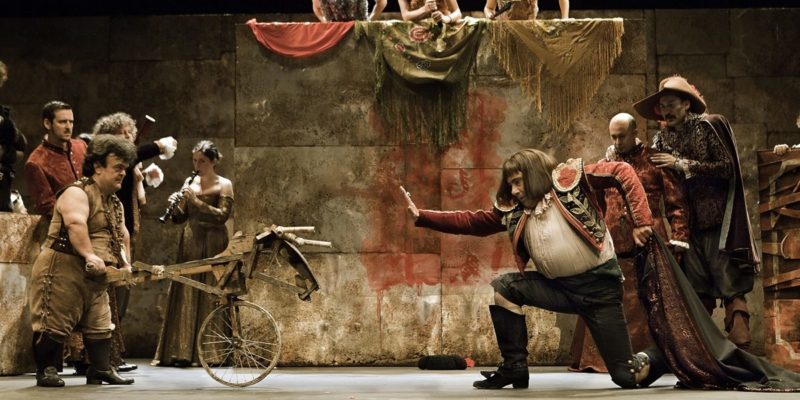 In the baroque theater the scenography became more complex.

The dramatic literature of the Baroque shows characteristics similar to other literary forms of the Baroque, such as the multitude of adjectives and figures of speech . Specifically, the theatrical show was modified because for the first time the audience of the stage was divided.

The scenography became more complex and with the aim of creating an illusion of reality, but at the same time showing prodigies and enhancing the visual composition of the show.