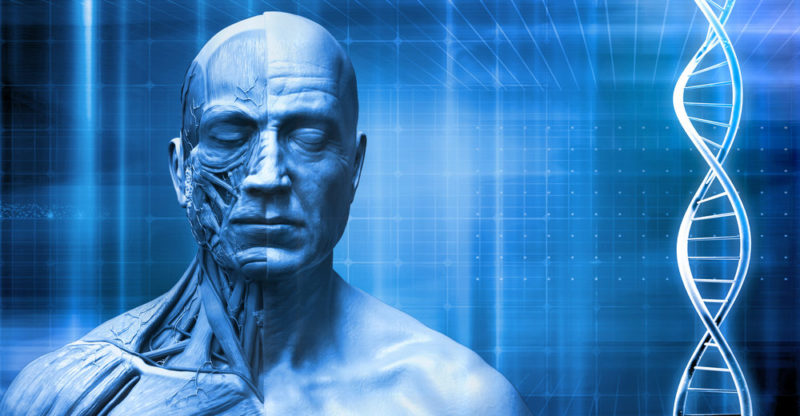 What does 'being human' mean?

Ethics of the human being

The mind of the human being

We explain everything about the Human Being and how it was its origin and evolution. Also, what are its biological and cultural characteristics.

When speaking of human beings or simply of humans, we refer to our own species , scientifically called Homo sapiens (in Latin: “wise man” or “thinking man”). It is classified biologically in the order of the primates and the hominid family . Human beings are the creators of the civilization that today dominates and transforms the Earth .

Formerly the term “man” was used to refer to the whole of humanity , but given its similarity with the male individual of the species, this is in disuse. Today the use of “human”, “humanity” or “human” is preferable and acceptable, since these terms include both sexes of the species.

Although it may not seem like it, it is not easy to answer what a human being is. It all depends on the discipline that asks this question. There may be merely biological answers , which have to do with the functioning of our bodies or with our evolution . Other answers about the nature of the human being can be of the psychological order, that attend to our way of thinking or to the very fact that we think. Philosophical responses can link the human with a way of acting and thinking about ourselves.

The human being is a gregarious animal, that is, he likes to live among his peers . The family is the basic unit of society , through which it reproduces itself, and is directed by parents (father-mother) or by substitutes. One consequence of man’s social behavior was the development of language . Thanks to him, human beings have been able to communicate to reach agreements, defend themselves from other species and plan for the future. 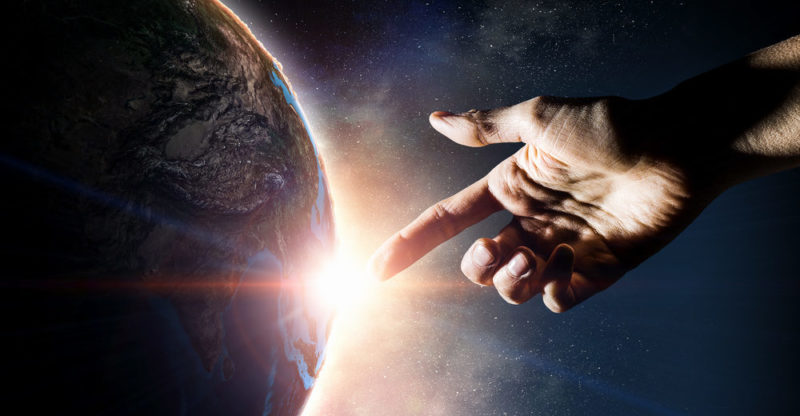 Creationism proposes that life is a creation of God.

The origin of our species is not known exactly . However, there are various theories. Until the 19th century, the religious position clashed on the one hand and scientific theories on the other.

The Catholic Church defended a creationist theory , which proposes life (and therefore the human being) as the creation of a God . The scientific field, on the contrary, was based on the ideas of Charles Darwin of 1859, in his essay on the origin of species. According to this position, humanity is the fruit of millions of years of evolution of certain species of African primates. This theory is currently the only verifiable one and with an extremely high percentage of certainty. 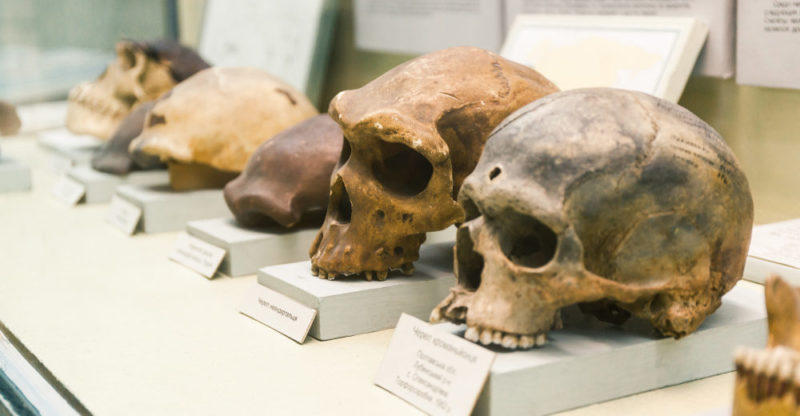 We are the sole survivor of several extinct human species.

The human being is one species among many others of hominids related to the great primates , with whom we share a high percentage of our genome. It is estimated that our first ancestor was a type of African arboreal primate that, due to pressures of natural selection, must have descended from the heights.

Being on the East African plains required him to learn to walk upright , in order to have a broader vision. This posture allowed him to free his upper extremities and use tools by putting his intellect to use and making tools that made his life easier.

The development of tools began with objects without any modification, sharp stones or animal bones . Later on he created his own objects such as spears to hunt , clothes to dress, fire to cook his food and nourish himself better, and a long etcetera that caused a new model of life, already recognizable as human. 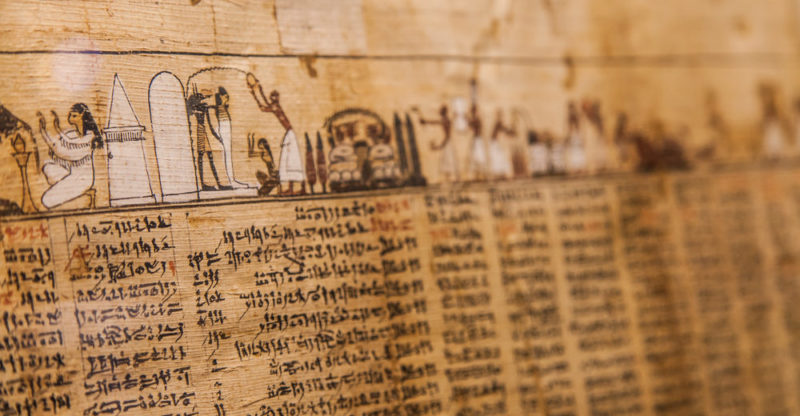 In the Ancient Age the first cities and monuments were built.

The history of our species is short in planetary times. It begins in prehistory , the period prior to the invention of writing , in which primitive humanity (the so-called cavemen, as they lived in caves) spread throughout the world. This period is usually divided into two:

Later, within what is considered History , the Ancient Age begins (3,000 BC to 476 AD) . Then the first human civilizations arose, with political-religious social organizations, which built the first great cities , the first monuments and fought the first wars.

In Europe , then began the Middle Ages : a period of 1500 years (5th to 15th century) of dominance of religion over the main human kingdoms. It was characterized by enormous conflict, with long and bloody wars. The Christianity and Islam , particularly, faced long.

With the Modern Age (15th to 18th centuries), man changed faith for reason as the engine of his existence and the feudal order of the Middle Ages was replaced by a society led by the bourgeoisie , instead of by the aristocracy and the clergy. The Scientific Revolution , along with the discovery of America , forever changed the world.

Finally, the Contemporary Age , which includes the 18th century to the present, is the stage in which humanity and the world have changed the most . The Industrial Revolution finished replacing the Old Order with liberal capitalism . Scientific advancement led to bloody wars but also to astonishing discoveries.

What does ‘being human’ mean? 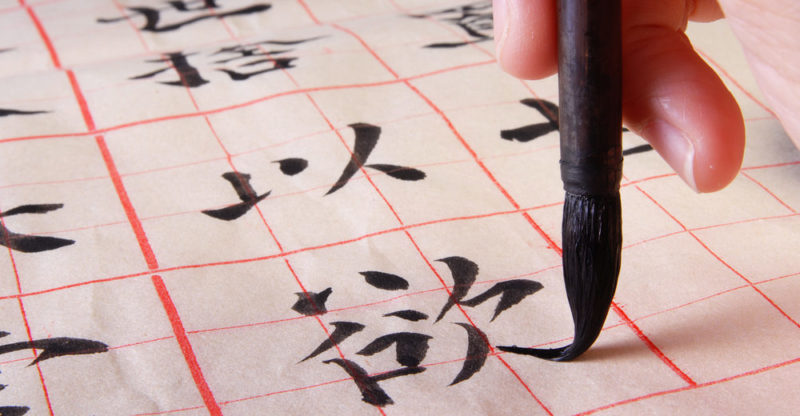 The human being has a symbolic language with which he can communicate.

Throughout history “human being” has varied greatly in meaning, and there have even been entire populations that were not considered human at the time (and therefore treated like animals, or worse). For this reason, currently the only definitions of human being that can include us all are biological ones.

On the other hand, it has been observed that in all cultures, adult human beings have certain characteristics in common:

Ethics of the human being

The human being has built various philosophical, moral and ethical codes by which to be governed, throughout its history. These codes have been taught by religions, forcibly implanted or built together to solve conflicts that would otherwise be bloody or unnecessarily long.

The mind of the human being 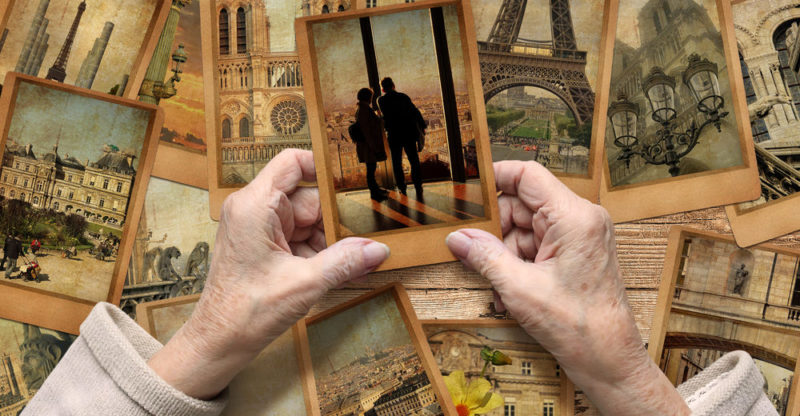 Memory is the ability to remember an enormous amount of information.

The human being has the most powerful mind on the planet, a unique tool capable of various modes of thought :

The human mind, however, is not 100% self-aware. There are dark corners, which psychoanalysis baptized as “the unconscious” , and where all our most instinctive drives, our intolerable thoughts and our unconfessed fantasies are found.

The human being is a bipedal animal , with useful upper joints, capable of walking upright and with scant fur. It has bilateral symmetry and its reproductive organs in the middle, between the legs.

In his head are the main organs of the senses, of communication, his food route. Also in the head, inside the skull, is the brain , the most powerful organ in terms of information, creative capacity and reasoning.

The human being is a sexed species . Its reproduction implies 9 months of gestation and the birth of a new individual endowed with a new and unrepeatable genome, inherited from its parents. It is a mammal and a primate. 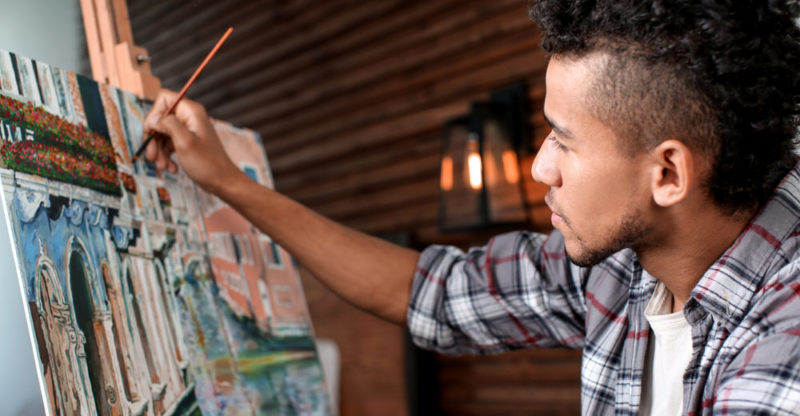 The human being is a creature capable of producing art by being inspired.

Our species is rich in cultures and ritual, social and expressive traditions . We are the possessors of verbal language, such a fascinating tool that allows us to explain the universe , name it, relate it and represent it through sounds and signs that we pass on to others.