Bible: What it is, Origin, Structure, Books and Characteristics 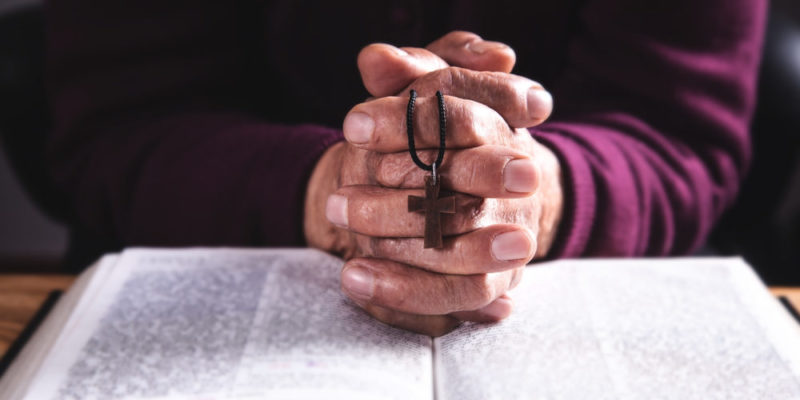 What is the Bible?

Interpretations of the Bible

Origin of the Bible

Structure of the Bible

Other books mentioned in the Bible

Why is the Bible important?

How many Bibles are there?

We explain what the Bible is, how it originated and the structure it presents. Also, what are its characteristics and importance.

What is the Bible?

It is known as the Bible to a set of religious texts that serve as sacred sustenance to both the Jewish (Old Testament) and Christian (Old and New Testaments) religion . It is the best-selling book of all time, with 100 million copies per year, translated into 2,454 languages.

The Bible is probably one of the most influential books in the history of mankind, given the importance that Christianity had in the destiny of the West and the world. During the Christian Middle Ages it constituted the legal book by which the Catholic Church governed the ways of life in Europe .

An extensive and diverse series of stories are told in the Bible that were originally separate documents. It is counted from the origin of the world and humanity , created from the primeval clay by God in the Garden of Eden, until the end of it and the Day of Judgment.

Also included are the life stories of the ancient prophets and, in the Christian one, the life and teachings of Jesus of Nazareth . In the New Testament he is presented as the last of the prophets and the son of God.

The term ‘Bible’ comes from the Greek expression ta Biblía ta hágia (“The sacred books”) . It was used by the Greek-speaking Hebrews of the times before Jesus of Nazareth to refer to the Old Testament. Much later the first Christians used it to name the whole of the texts of the Old and New Testaments.

Interpretations of the Bible 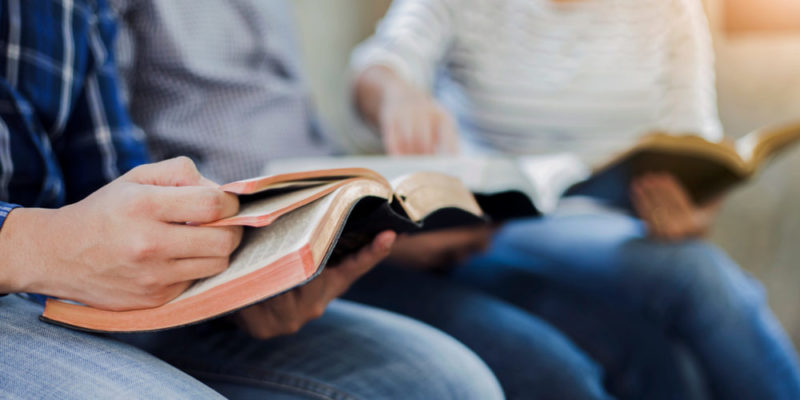 The Christian Bible is made up of the Old and New Testaments.

There is no single point of view on the Bible, within each religion or sect that takes it for a sacred book.

In contrast, the Christian tradition also considers the New Testament valid , which together with the old make up the Christian Bible.

This reading of the Christian Bible was proposed in the year 382 by the Catholic Church , under the pontificate of Saint Damaso I. It was then ratified at the Council of Trent in 1546.

It is called “canon” (that is, model), as it determines and orders the books considered valid and true.

This selection was contested at the time by the Jewish religious and later by four Protestant reformists. They founded the different Protestant Churches because they adhered to different models of Christianity from those imposed by the Catholic Church.

Origin of the Bible

The Hebrew Bible is made up of the 24 holy books of Judaism . These were written over 1000 years (between 900 BC and 100 AD). The oldest (from the 10th to 8th centuries BC) are found in the Book of Judges and in the so-called “E Sources” (for the Jews) or “Pentateuch” (for the Christians).

Structure of the Bible 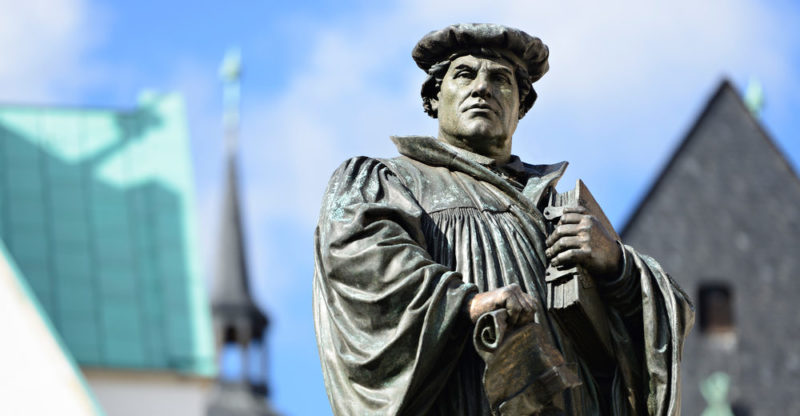 Martin Luther made a German translation of the Bible.

The Bible is divided into different “books” , each of which constitutes an independent volume and with a given and particular meaning. It can be vastly different from the following in tone, length and content.

This means that there can be songs of praise to God (as in the Book of Psalms, with 150 different songs), narrations or letters (as in the Epistle of Judas, half a page).

The books of the Bible are organized on the basis of the Old and New Testaments . Depending on the biblical canon that is accepted, the set will contain one or other documents.

An example of a canon other than Catholic is Martin Luther’s German translation of the Bible . This founder of Protestantism chose to include the apocryphal books, at the end, as an uplifting appendix. He was thus opposed to the version accepted and promoted by the Church.

This first section (unique, in the Jewish case) contains the stories and traditions of the original Israelite people . In addition, it tells the lives and teachings of the prophets: Moses, Samuel, Jeremiah, Ezekiel, among others. All of them were long before the era of Jesus of Nazareth.

There is a debate in the different churches that take it for sacred , regarding which version should be taken. The Catholic Church and the Orthodox Christian Churches defend the Greek version (with deuterocanonicals), while Judaism maintains that it must coincide with the Hebrew Tanach.

In the case of all Christian churches, the nomenclature of these books follows the Greek version and not the Jewish one. In addition, they admit other books rejected by Judaism, such as the Book of Enoch and the Book of Jubilees. 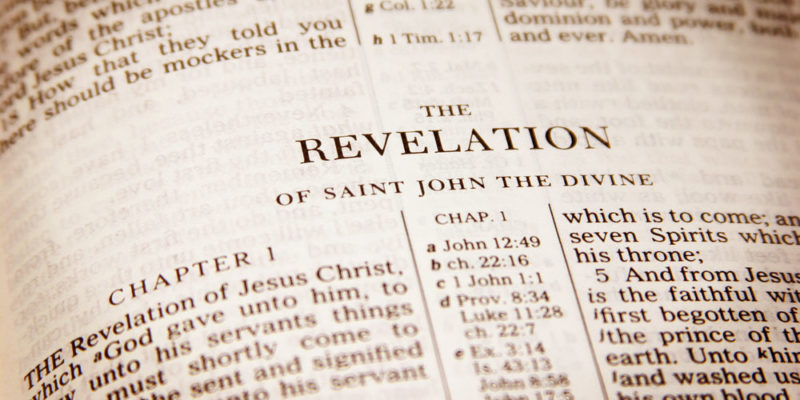 The Apocalypse narrates the end of the world and the Last Judgment.

In the New Testament it is recognized as a holy book only by Christian churches . It narrates the facts of the life of Jesus of Nazareth, presented as the messiah predicted by Jewish tradition, known as Christ or Jesus Christ.

This second part of the Bible is made up of 27 books:

Other books mentioned in the Bible

Apart from the contents in it, this work makes reference to books and epistles of which, in the best of cases, fragments are preserved. Among them are:

Why is the Bible important? 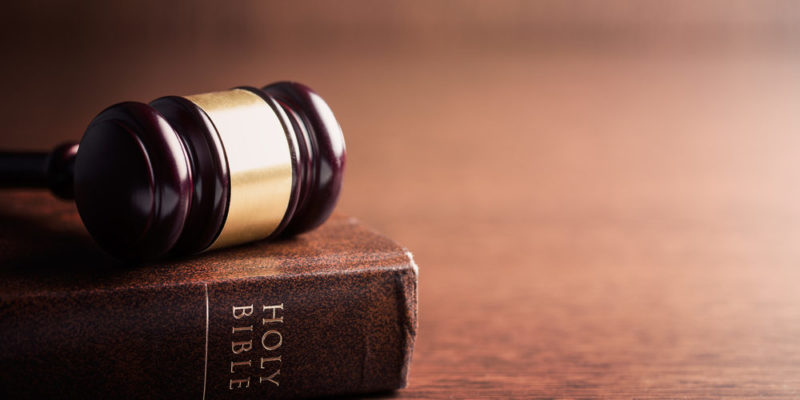 Many cultures have based their laws on the foundations of the Bible.

The Bible is one of the most important texts in the cultural history of the West , equivalent to the Qur’an of the Muslims.

During its long existence of more than 3,000 years it has been translated, recomposed and republished in multiple ways . This has led to discrepancies of all kinds in its “correct” interpretation.

This type of editorial or curatorial matter would not have greater historical relevance if it were not a sacred text. The cultures that consider it this way, in many cases have sought in it the foundation of their laws and their ways of life.

How many Bibles are there?

There are numerous versions of the Bible. The most important ones are: 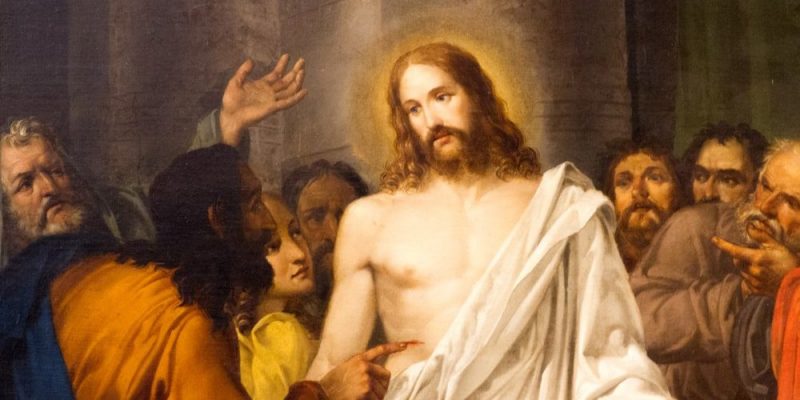 The life and miracles of Jesus are narrated in the Gospels.

The stories and testimonies of the life of Jesus of Nazareth are known by this name , which focus mainly on his miracles and teachings. Each of them was written by one of his followers or apostles: Matthew, Mark, Luke and John.

From them comes the term “evangelize” , which means “to reveal the gospels”, that is, to reveal the truths of God to someone.

Also known as extra-canonical gospels, they are a set of writings from the first centuries of Christianity . They deal with the figure of Jesus Christ, but they have not been recognized as legitimate by any of the official churches, nor by the Jewish tradition. Among them are: