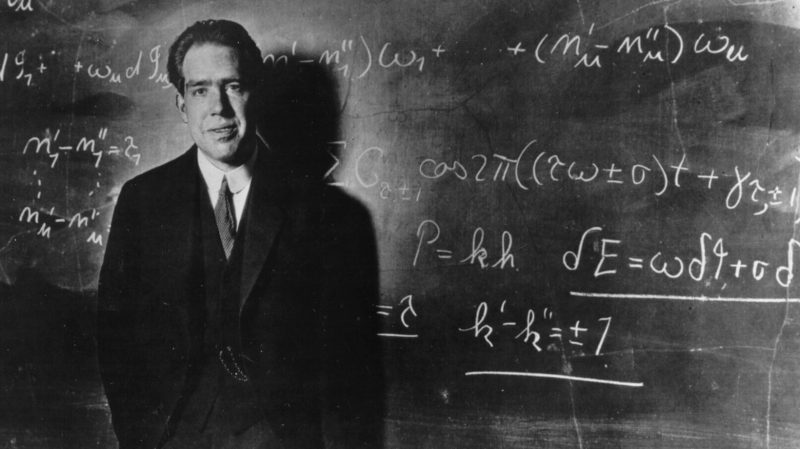 What is the Bohr Atomic Model?

Characteristics of the Bohr atomic model

We explain what the Bohr atomic model is, its origin and its main characteristics. In addition, the key contributions of this model.


What is the Bohr Atomic Model?

Niels Bohr was a Danish physicist who in 1913 proposed a new model to explain the structure of the atom and its behavior through the stability of electrons . For this decisive contribution to knowledge he received the Nobel Prize in Physics in 1922.

The model proposed by Bohr worked to understand the functioning of certain types of atoms , such as hydrogen , but not for others with a more complex structure. However, his model opened the doors to establish the following theories and was the basis of the modern or present-day atomic model .

During the time of ancient Greece it was thought that matter was made up of indivisible principles or elements , that is, they could not be divided into even smaller parts (such as water or air ).

However, the work of chemist John Dalton towards the end of the Modern Age provided the first scientific approaches that laid the foundations for chemical stoichiometry. In 1803 he put forward his atomic theory that matter was made up of atoms of different structures.

In 1897 Joseph Thomson discovered the electron as part of the atom and in 1911 Ernest Rutherford developed a theory about the internal structure of the atom . Niels Bohr was the one who understood and described the organization of these particles called electrons and their distribution in specific orbits around the nucleus of the atom.

Characteristics of the Bohr atomic model

Bohr’s atomic model, which was the basis of the current atomic model, explained the stability of matter and the conformation of chemical bonds . Looking at the graphical representation of the Bohr model will make it easier to understand the following characteristics:

Bohr’s model was the first to recognize the concept of quantum mechanics in the electronic structure of a hydrogen atom and, in addition, it revealed what the stability of atoms was like .

The classical theory held that an electron (negatively charged) orbiting a nucleus (positively charged) emitted electromagnetic energy, and slowed down until it fell on the nucleus.

But the experimental tests did not show the process proposed by the classical theory. Based on Bohr’s model and the work of several other physicists, they managed to solve it.

In 1916, the German physicist Arnold Sommerfel optimized Bohr’s atomic model that electrons rotate in circular orbits to add that, in addition, they could rotate in more complex elliptical orbits.

To the concept of quantum mechanics proposed by Bohr, the non-relativistic quantum model of the Austrian physicist Erwin Schrödinger , in 1926, was added, whose theory considered electrons as standing waves of matter that were likely to be in a certain place or in another.

In 1927, the German physicists Max Born and Werner Heisenberg contributed the uncertainty principle to Schrödinger’s concept of probability , which established that the position and velocity of the electron could not be known simultaneously. Therefore, its exact trajectory could not be known.

Through these general contributions and various studies and theories of other physicists and mathematicians, it was possible to solve the dilemma posed by the classical theory that was unverifiable from the experimental tests.