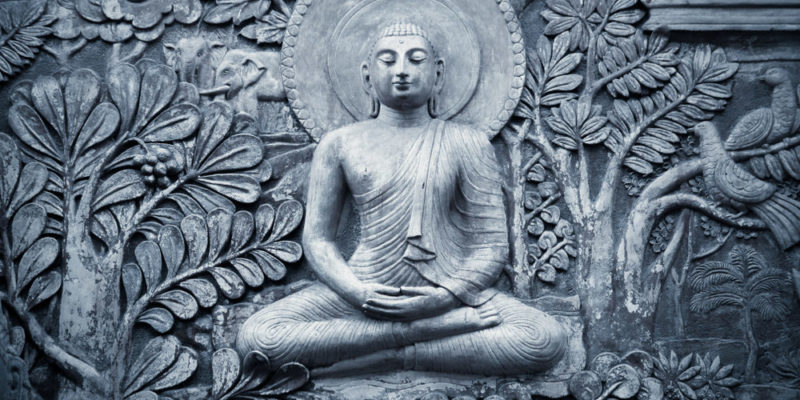 Who was your founder of Buddhism?

Followers of Buddhism in the world

We explain what Buddhism is and how this religion originated. Also, what are its characteristics, philosophical principles, and symbols.

Buddhism is both a religion and a non-theistic philosophical and spiritual doctrine, that is, it does not pose the existence of a specific god or creator. It belongs to the dharmic family of beliefs from India. As a philosophy, it points to asceticism and contemplation, drawing on the ancient belief systems of the Vedic religions.

In its bosom, there are a set of traditions, beliefs, rites, and spiritual practices that vary according to the branch of Buddhism to which it refers. They all have in common the teachings of Siddharta Gautama, an ascetic and spiritual teacher better known as Buddha.

As a doctrine, Buddhism does not focus on the reverence or devotion of any god, but on the spiritual development of each individual. It is achieved through deep contemplation of life and the practice of detachment, meditation, and the transcendence of worldly pleasures and desires.

Buddhism emerged in northeast India between the 6th and 4th centuries BC. C.

It was a time of great social change and intense religious activities.

The prevailing Brahmin religion (belonging to the higher castes) was in a moment of crisis.

With a climate conducive to cultural transformations, many scholars tended to reinterpret the Vedic texts, while others experimented with new forms of mysticism.

Towards the III century a. C. the teachings of the teacher and founder of Buddhism, known as Buddha, had rapidly expanded to become the majority religion. Finally, the Indian Emperor A?oka proclaimed it the official religion of his government. 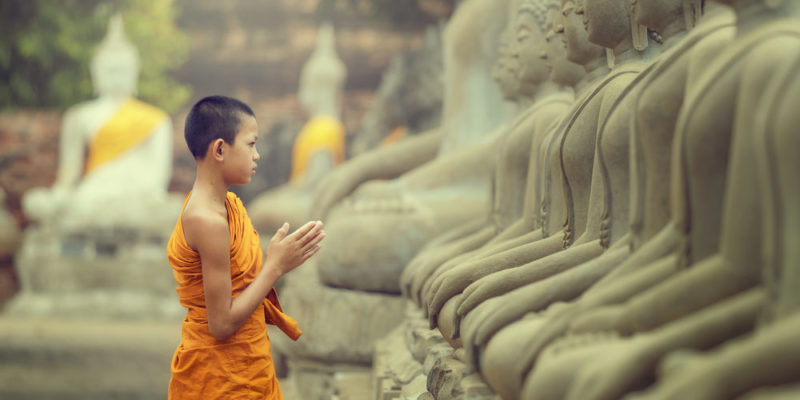 Buddhism is one of the pillars of Asian spiritual culture.

Buddhism reigned in India until the 7th century AD. C. At that time it suffered a dramatic decrease in the number of practitioners due to the invasions of the Alcon Huns and the confrontation with other Vedic religions, such as Hinduism.

However, its importance in neighboring nations was increasing. As a consequence, by the thirteenth century, it had practically disappeared from India but had spread to central and southeast Asia, enjoying a following in China, Korea, and Japan.

In addition to being one of the pillars of Asian spiritual culture, it also became popular in the West from the 20th century on. The universalistic nature of his beliefs has allowed him to adapt to diverse cultures, languages, and societies. Thus it became one of the largest religions in the world.

Who was your founder of Buddhism?

The founder of Buddhism was Siddharta Gautama, also known as Gautama Buddha, Sakyamuni (“the sage of the Sakia”), or simply as Buddha. However, “Buddha” (from Sanskrit Buddha ) is a Vedic spiritual title, which roughly means “the awakened one” or “the enlightened one.”

This means that the same name is given to those who have achieved true spiritual enlightenment. In that sense, the founder of Buddhism was not the first Buddha, much less the only one, but he was perhaps the most important ascetic and sage of the time.

Siddharta Gautama was born in Kapilavatthu, in the Himalayan mountain range, in the former Sakia republic. It is said that it was there between 563 and 483 BC. C., approximately, although there are discrepancies regarding his date of birth.

Thanks to his pilgrimage, the foundations of Buddhism reached the entire region. Siddhartha taught a middle way between hedonism and asceticism. His teachings were initially transmitted orally until the first texts appeared four centuries after his death.

Much of what is known about Siddartha’s life comes from stories and legends. It is argued that he was noble by birth but renounced the palace and his life of luxury at the age of 29, convinced that he had found the inner truth of existence. 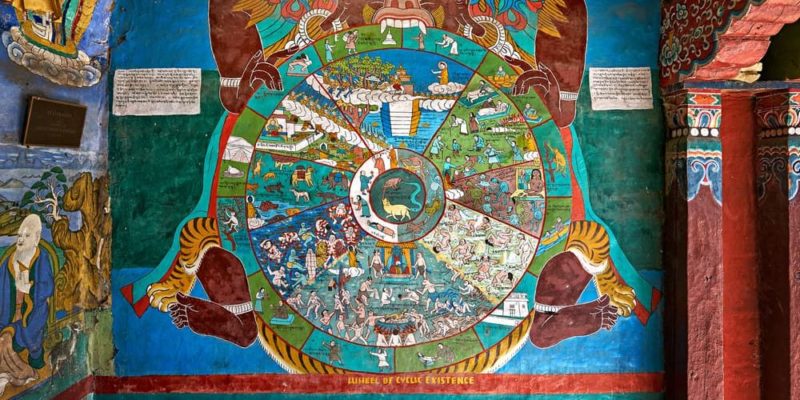 Buddhism as a doctrine can vary enormously depending on the branch, but usually, it contemplates the same philosophical principles, which can be summarized as:

Thus karma occurs in a variety of complex motivations. Karma determines the foreseeable destiny of people based on four types:

It should be noted that heaven and hell do not have to do with destinies after death, but rather states of the spirit. 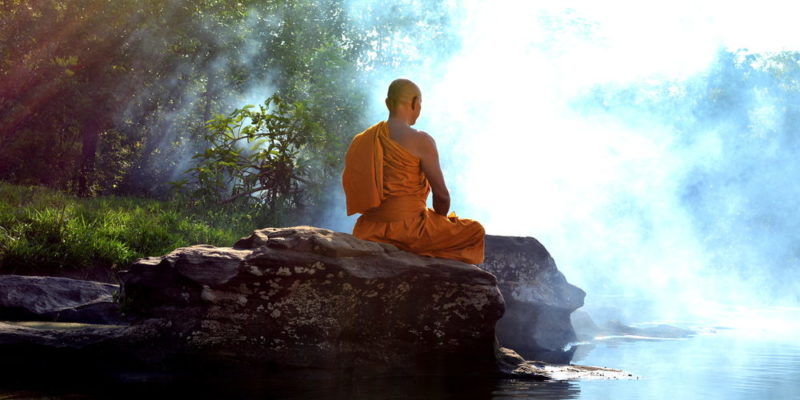 Buddhism seeks a middle ground between satisfaction and mortifications.

The beliefs of Buddhism can be expressed through the so-called Four Noble Truths, expressed by Buddha in his first discourse (Sutra) after enlightenment: 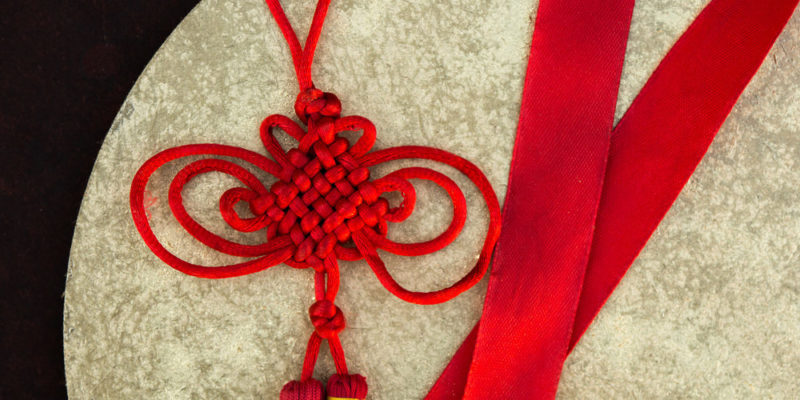 The endless knot represents the eternal wisdom of the Buddha.

The use of certain symbols in the practice or teaching of Buddhism is common, such as: 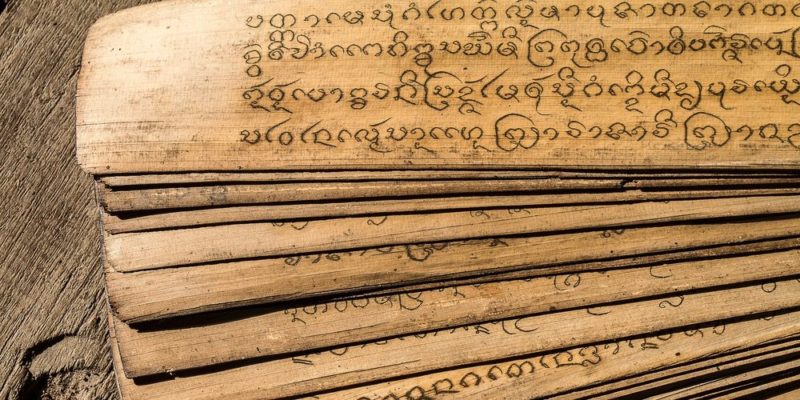 The Pali Canon is the “standard” collection of Buddha’s teachings.

Buddhism was originally transmitted orally, even for centuries after the Buddha’s death. The first texts on his teachings are much later and come from Sri Lanka.

There is no common or hegemonic corpus of Buddhist texts since each tradition chooses, reads, and orders them differently. However, they are usually a combination of Pali Buddhist and Sanskrit texts from India, such as the Pali Canon, the “standard” collection of Buddha’s teachings. 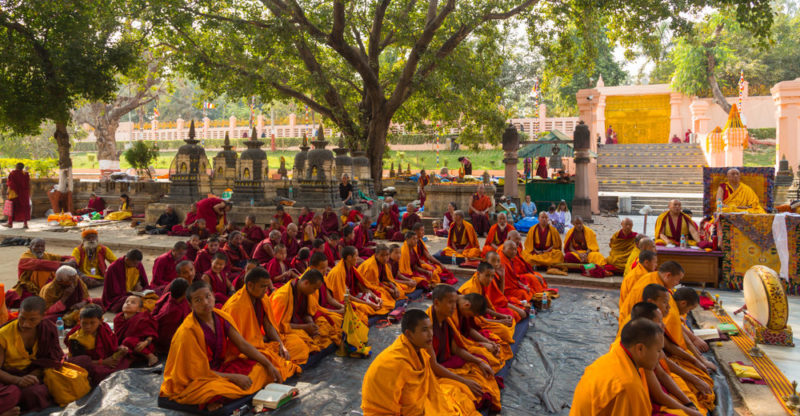 In Bodh Gaya is the tree under which Buddha achieved enlightenment.

Followers of Buddhism in the world

They are estimated at 400 to 1 billion people worldwide. The country with the largest number of followers of Buddhism today is China.