Cardenismo: What it was, History, Economy and Characteristics 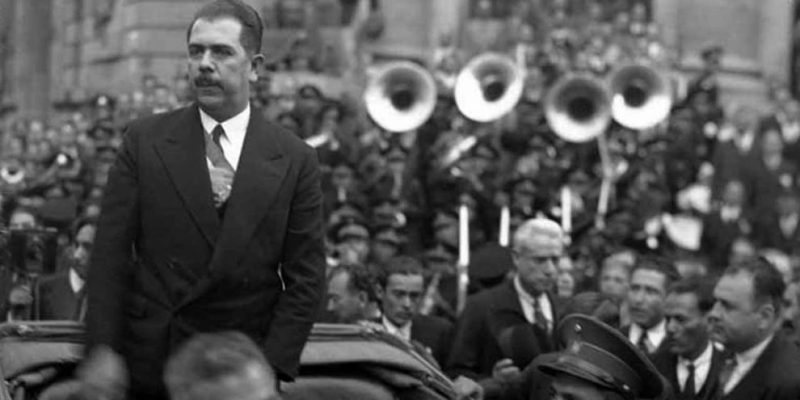 Who was Lázaro Cárdenas del Río?

We explain what Cardenismo was, its historical context and what its economy is like. In addition, what are its characteristics and agrarian reform.

Cardenismo is known in Mexican political history as the period of government of that nation by Lázaro Cárdenas del Río (1895-1970), as well as the leftist ideological trend inaugurated during the six years of his government (from 1934 to 1940). His detractors prefer the term “cardenato”.

The latter was famous for popular measures of attention to the peasant sectors and for the nationalization of the Mexican oil industry, as well as the reception of numerous Spanish exiles fleeing the Civil War against Franco .

The Mexico of the early twentieth century lived a turbulent period particularly in political and social matters.

In 1911 the dictatorial regime known as the “ porfiriato ” ended and a series of popular insurrections took place .

This national conflict was so important that it radically changed the country forever , at the hands of numerous revolutionary leaders. However, once they were in control, they never managed to agree on how to sustain it and fought each other to the death.

This period culminated with the writing of the proclamation of the Mexican Constitution of 1917 and the presidency of Plutarco Elías Calles in 1924.

Who was Lázaro Cárdenas del Río? 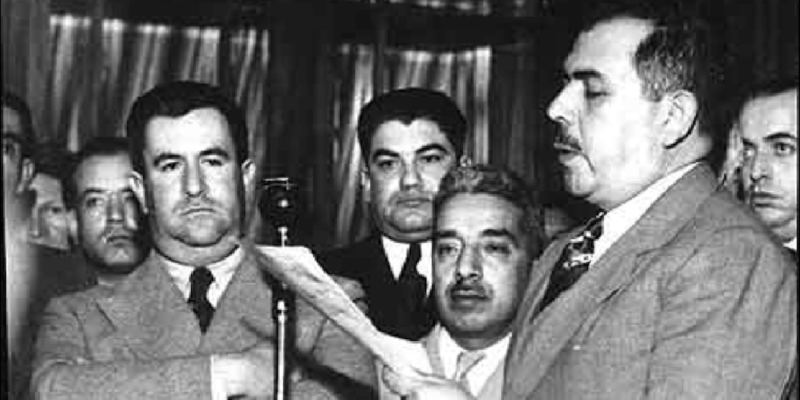 Cárdenas was one of the few Mexican politicians who did not get rich during his term.

Born in Michoacán, Mexico, Lázaro Cárdenas del Río was a military man and statesman who participated in the Mexican Revolution under the command of Martín Castejón. He achieved the rank of General when he was barely 25 years old.

He held different public positions, such as Governor of Michoacán (1928-1930) , Secretary of the Interior of President Pascual Ortíz Rubio (1931) and finally President of the National Revolutionary Party (1930-1031). In 1934 he was elected as President of the Republic , a position he held until 1940.

He is known for being one of the few Mexican politicians who did not get rich during his exercise of power. After serving as Secretary of Defense, in 1945 he retired to a modest home near Lake Pátzcuaro. There he dedicated the rest of his life to social, educational and agrarian work, until his death from cancer in 1970.

During the Cardenismo, various foreign companies were nationalized.

Cardenismo was characterized by being a leftist and nationalist government . He believed in a strong state , capable of deepening the popular demands that had motivated the armed struggle during the revolutionary era. The economy , in that sense, was one of his main concerns.

During the Cardenismo , various foreign companies were nationalized , including oil companies and railways. In addition, the agrarian law was modified, roads were expanded and public spending increased (representing almost 40% of the economy).

Many of these changes meant touching powerful interests , so the State had the support of the national army, the popular sectors (workers and peasants) and, curiously, the Church .

One of the riskiest measures of Cardenismo was to wrest control of Mexican crude from the Americans and British, assigning it to the State. This caused quite a few international tensions , especially with Great Britain, a country that threatened to block Mexico in retaliation.

This is how Petróleos Mexicanos (Pemex) was created , a flourishing hydrocarbon industry , despite the fact that private companies tried to take everything possible and leave nothing to the State with which it could work.

However, the advent of World War II allowed US interests to prioritize cooperation with Mexico , in order to have a stable sale of oil . That did not stop the enormous international frictions from continuing. 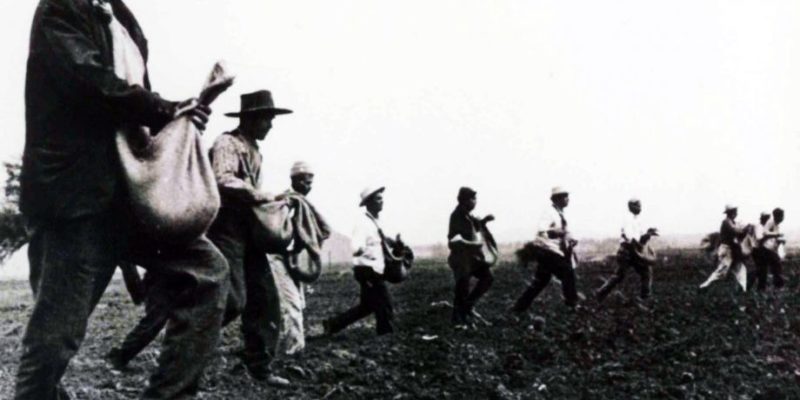 Mexican agriculture at the beginning of the century still had the trace of the colonial society from which it came , but after the modifications introduced by Cárdenas it was not the same again.

The distribution of arable land in the north of the country, as Emiliano Zapata had promised at the time, reached the figure of 18 million hectares during the Cardenismo . Thus, not only was a historical social debt settled, but also small productive units were formed.

In this way, the State supported revolutionary rural movements such as the agrarian movement “The assault on the lands” in northern Baja California. In addition, he introduced economic assistantships for the peasants.

On the other hand, the establishment of rural schools made it possible to offer children and young people the necessary knowledge to form productive agricultural centers.

Cardenismo created a significant number of peasant ejidos . Although these ejidos were not economically relevant units until much later, the standard of living of the peasant class improved almost immediately.

It must be considered that Mexico’s export balance had been greatly affected by the Great Depression, and it was only during the first years of Cardenismo that it began to rise again.

He signed up for a secular education, focused on the agrarian as an engine of wealth.

The government implemented an educational model openly aimed at a secular education , in open combat against “fanaticism and prejudice.”

This new educational model, which was called “socialist” reflected a more modern, just and equitable idea of a country . His focus was on agriculture as an engine of wealth, as well as on the industrialization of cities .

Cardenismo distributed books to students in rural and urban schools , with radically different approaches from the previous “colonized” education , in which racial models of whiteness and Catholicism were imposed. The new books made dark- skinned , black-eyed children visible , often in their resource-limited rural homes .

This was the name of the main plan of the Cárdenas government, based on distancing itself from the policies of the previous government, of Plutarco Elías Calles. It focused on providing support to union movements to boost agricultural, industrial and urban growth in Mexico.

Its name comes from the government period (one six-year term, six years) and from the promise that Cárdenas made to the people to carry out all these measures during his time in office. 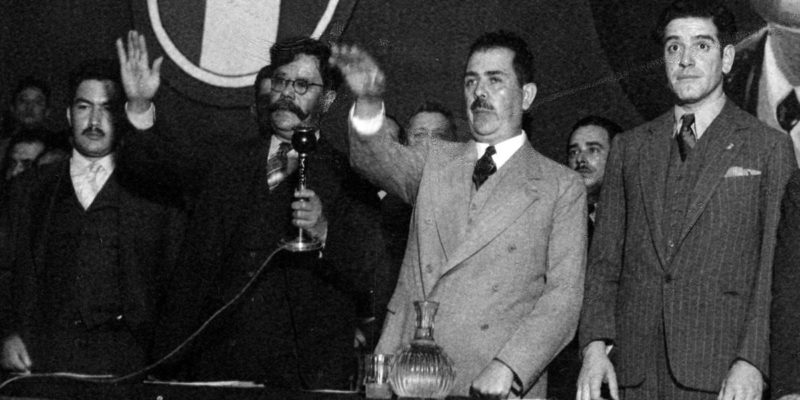 Cardenismo was a model that satisfied popular demands.

However, the following government (1940-1946) gradually slowed down until it was reversed in many cases. By re-alienating the lands, Cárdenas’s enormous advances against the latifundia were undone .

One of the great reproaches of Cardenismo is that despite having insisted on installing a model of a modern, nationalist country , when Mexico left power it did not resemble what was promised at all . On the other hand, his anticlericalism and socialist preaching earned him many detractors. 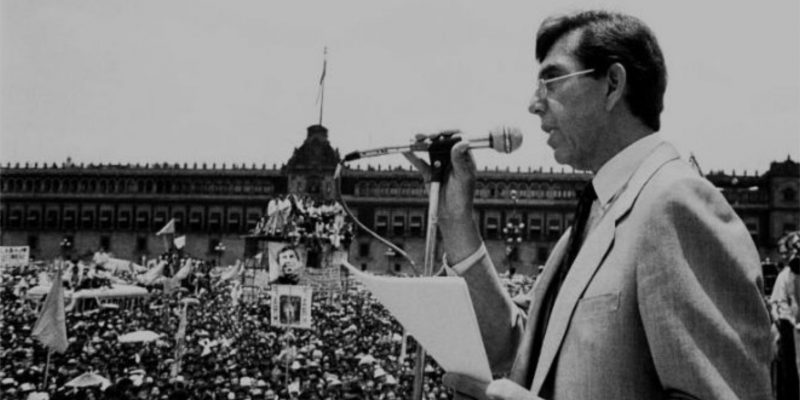 The Partido del Frente Cardenista de Reconstrucción Nacional, or simply Partido Cardenista, was a political group that existed between 1987 and 1997 . It claimed the figure of Lázaro Cárdenas as its intellectual author.

For the 1988 elections, the party joined the National Democratic Front to nominate Cuauhtémoc Cárdenas Solórzano, son of the former president of the Republic, as a candidate for the Mexican presidency.