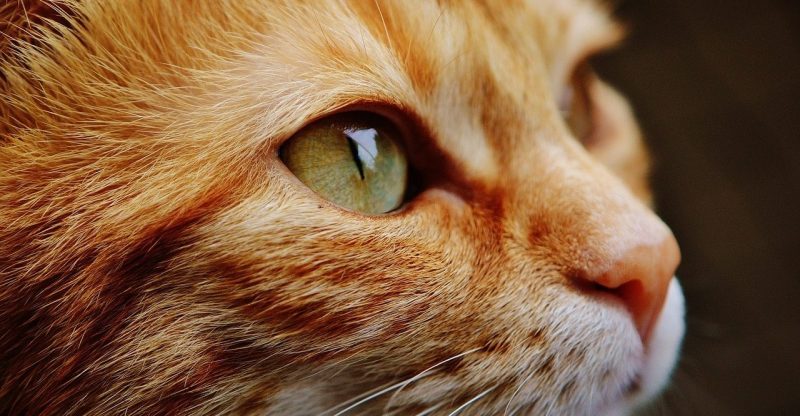 What is the cat?

Scientific classification of the cat

Place of the cat in culture

We explain what a cat is, its domestication, life cycle and behavior. In addition, their characteristics and breed classification.

What is the cat?

The cat is a carnivorous feline and quadruped mammal , which has lived with humans for about 9500 years, occupying a prominent place in the early culture of ancient societies.

There are dozens of cat breeds , with pronounced morphological and character differences, but as a whole the species exhibits predator-like behavioral traits , with pronounced intelligence and agility. Hence the saying that the cat always lands on its feet.

The domestic cat is related to the big African cats , its closest relative is estimated to be the wild cats of the Middle East . The first recorded case of domestication of a cat is presumed on the island of Cyprus, in ancient times. 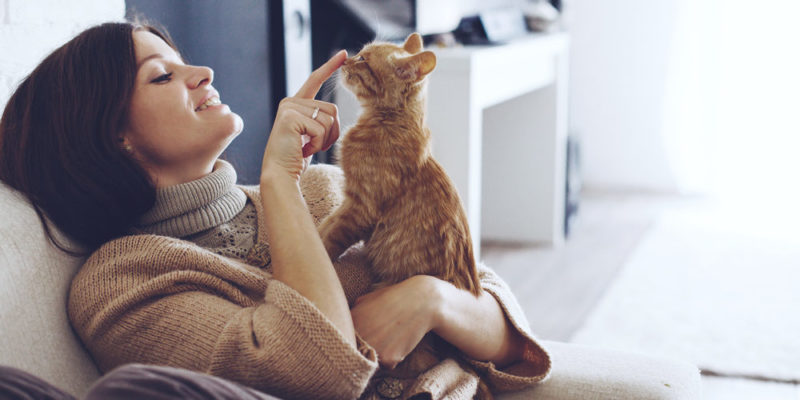 The ancient Egyptians would be the first to domesticate cats.

Phylogenetic studies published in 2007 in scientific publications affirm that the various cat breeds, the result of hybridization and centuries of artificial selection , contain traces of the genetics of the first five wild cats that were domesticated almost 10,000 years ago in the Middle East.

It is often thought that the ancient Egyptians would be the first to include the cat in their domestic life , as well as in their religious representations, in which it enjoyed an important place. But it could well be the ancient Assyrians or some predecessor culture.

Scientific deductions suggest that the domestication process would have started in ancient times , motivated by the easy hunting of rodents that parasitized human settlements. 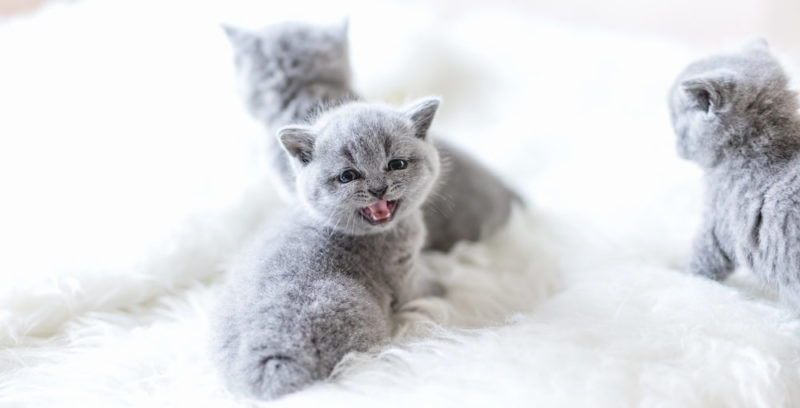 Sexual maturity is reached after 4 to 5 months in the female.

Cats are born in litters of 1 to 10 pups, after a gestation period of about two months , and the newborn pups will accompany the mother for a period of at least 30 days.

Sexual maturity is reached after 4 to 5 months in the female and 6 to 7 in the male . The heat lasts 4 to 7 days, several times a year, during which the female meows much more frequently and the males compete for the right to copulate. Finally, the winner will then have to face the female, who will resist the union until she is finally subdued.

Fertilization seldom takes place on the first attempt . After copulation is complete, the female begins a grooming period during which she is particularly hostile.

The life expectancy of the average cat is about 12 to 14 years , but females can even live a couple of years longer. Spaying and captivity can lengthen the period, although stray cats in urban settings do not usually exceed two years of age.

The old age of the cat is abrupt , unlike the human one, and usually lasts a whole year, until death occurs. During this stage the animal will show little endowment of energy and will sleep most of the time. 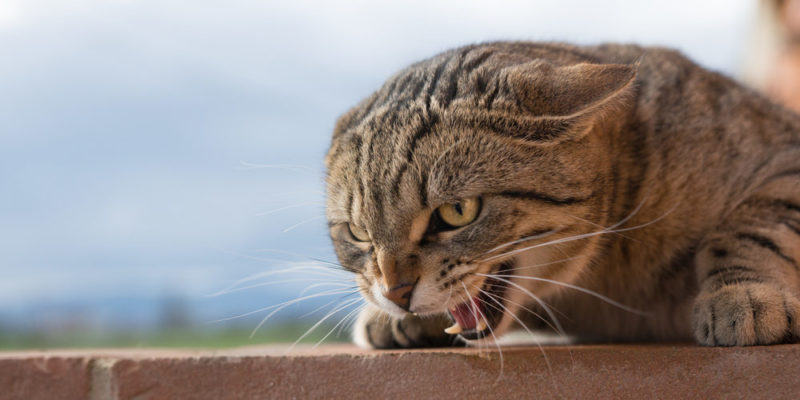 Cats are sensitive to stress and can develop aggressive behaviors.

Cats are natural hunters and are not very given to the constitution of communities . They have a strong territorial instinct and are highly independent, the latter making them popular as a companion animal. A stark contrast to its wild variant, whose tendency towards social grouping is much more pronounced.

Their communication is established through meows and body language , mainly, although males are given to urination as a form of territorial marking , which shows a communicative system based on smells, similar to the canine. They are also highly sensitive to stress , being able to develop erratic and aggressive behaviors. 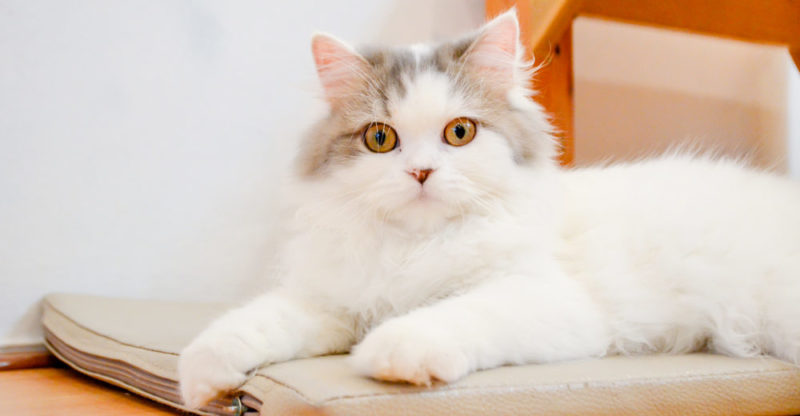 The percentage of thoroughbred cats in the world does not exceed 10%.

The cat’s coat can be as varied as its breed, but two types of breed are broadly distinguished: those with short hair and those with long hair , both considered mongrels. The percentage of thoroughbred cats in the world does not exceed 10% of total individuals.

Regarding the coloration, the coat can vary between monochrome, color combinations and various shades of brindle color (called Roman cats). However, the incidence of three or four colors in the same cat usually favors females, while males tend to monochrome or bichromy.

The artificial selection imposed as a result of their domestication has favored the proliferation of certain shades, shapes and colors of fur over others. However, studies reveal that the greatest color variation occurred in the species during the initial moments of its domestication, before the emergence of the numerous existing races. 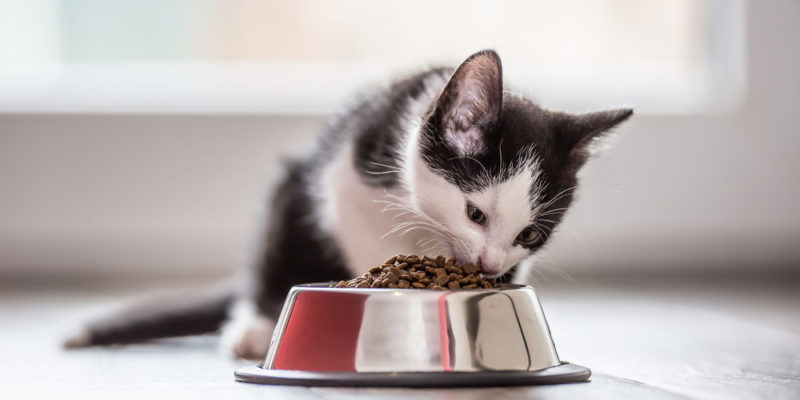 The cat’s liver is particularly sensitive to fat.

Cats are highly energy-depleting animals , which is why they tend to sleep abundantly throughout the day. Their nocturnal nature activates them at sunset , so they can be more energetic and demanding after that time.

Short-haired breeds, broadly speaking, tend to be much thinner and restless, while long-haired breeds tend to gravity and lethargy . In general, they tend to a fast cardiac cycle, maintaining a body temperature between 38 and 39 centigrade, slightly higher than that of humans.

As an inheritance from their purely carnivorous past, cats are unable to synthesize some of the essential fatty acids . Hence also that their livers are particularly sensitive to fat and are less effective than human or canine at detoxifying the bloodstream. Consequently, foods like chocolate, with too high levels of theobromine, could be lethal for a cat.

Scientific classification of the cat 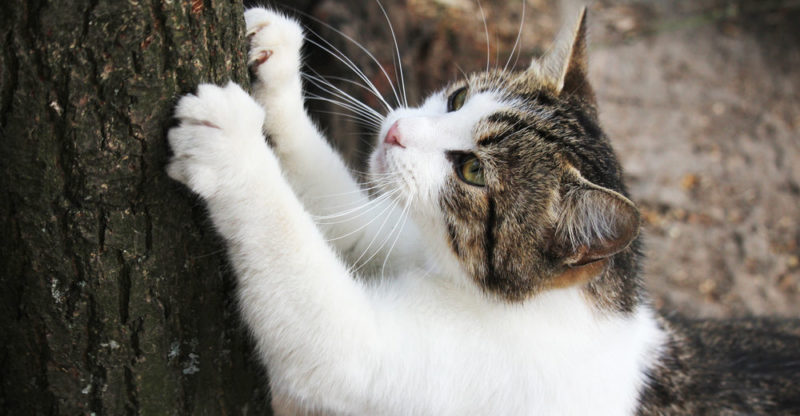 Cats have a slender and agile body endowed with retractable fangs and claws.

Related to large feline predators , cats inherited their excellent sense of vision and hearing, as well as a slender, agile body endowed with retractable fangs and claws.

There is no specific nomenclature in Spanish for sets of cats as there is for dogs ( pack ), or for cats in their offspring stage. It uses “ colony ” and “ puppy ” , respectively, by default.

Since the cat grooms itself by constant licking, which makes it extremely practical in terms of hygiene, it tends to ingest its own hair and accumulate it inside the stomach , from where it is then regurgitated and expelled. If these hairballs cannot be disposed of this way, they could accumulate and obstruct the intestine, requiring surgical intervention.

On the other hand, being overweight is common in house cats that have low daily activity and / or excess food. Although the breed and size of the animal must be taken into account, a healthy cat should not exceed 4.5 kilograms in weight. The obesity in cats as in humans, leading to diabetes mellitus, hepatic lipidosis and vascular risks.

Other common diseases are toxoplasmosis , transmissible to man and particularly dangerous for the health of pregnancy. Toxoplasmosis is transmitted by contact with the feces of the infected cat, and this in turn of other cats or feeding on infected rodents. The best prevention method is to accustom him to feeding exclusively on controlled foods, and to have the pertinent tools for the elimination of his feces.

Lastly, the transmission of the Feline Immunodeficiency Virus (FIV), a cat variant of AIDS , is known in cats ; of the Virus Feline Leukemia (VLF); Rabies and numerous internal and external parasites, such as the mite that produces scabies.

Place of the cat in culture

Since its entry into the circle of human civilization, the cat has been an enigmatic, attractive and disturbing animal at the same time . For the ancient Egyptians they represented animals highly linked to the sacred: not in vain their goddess Bastet, in charge of the protection of the home and of daily harmony and happiness, was represented with a feline head.

The eastern traditions are considered guardians of wisdom , as in the Tibetan tradition, or as funeral companions in transit to the world of the dead.

It was also linked at the time (which survives to this day), with a symbolic model of aggressive , taciturn femininity , present in the feline part of the sphinxes, for example.

The Judeo-Christian tradition, on the other hand, which prevailed in the West during the Middle Ages , always looked at the cat with bad eyes , perhaps rejecting its Asian origin or its close link with pagan religious representations.

He was considered an ally of witchcraft and the occult , a pet of alchemists and dark priests, and used to be burned alive or thrown from the roofs of buildings. Hence, also, its association with the bad omen (in the case of black cats) or the attribution of their seven or nine lives, which still persists. 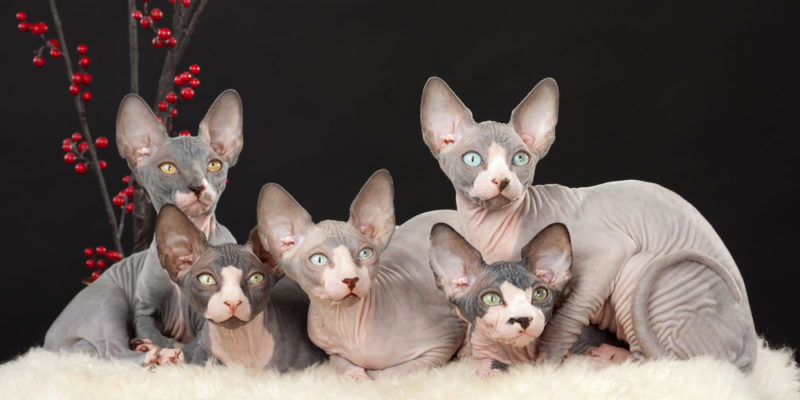 The short-haired cat is the most common, encompassing 18 different breeds.

Although it is estimated that there are more than 50 different breeds of cats, the best known can be classified into four lines, according to their complexion and appearance: