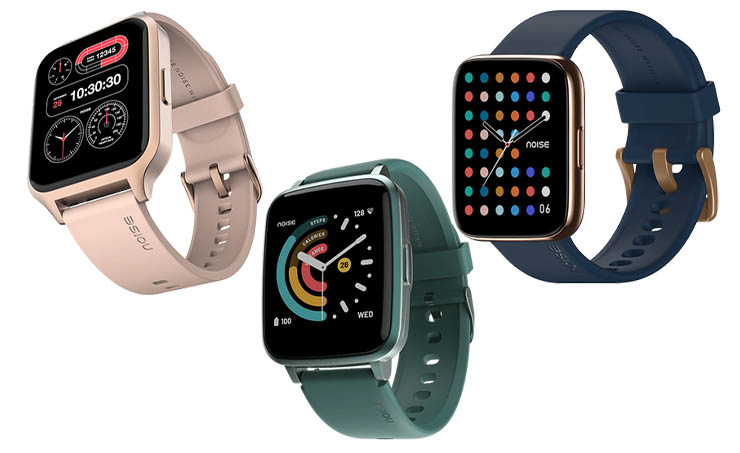 Fossil chose Kristen Bell for its Q Accomplice campaign, Fossil Firsts . A few other celebrities were seen advertising the Q Accomplice, which received mixed reviews. Because it was designed to combine a classic Smartwatche with smart technologies, this model is a hybrid.

Overall, it doesn’t add much to the hybrid smartwatch market, but that doesn’t make it bad. For starters, it looks a lot better than most hybrid watches. The design is high quality, with a sleek appearance that sets it apart from some of its chunkier or more basic smartwatch competitors.

The fact that the battery life is long is a huge benefit. One of the most typical drawbacks of having a smartwatch is that you should charge it every two days or so.

The Q Accomplice is compatible with Android and iOS, which is unusual because smartwatches tend to prefer the former. As the name implies, this watch is a hybrid, so don’t anticipate all the bells and whistles of a more technologically advanced device – but it handles the fundamentals extremely well.

Gwyneth Paltrow is the celebrity link here. She wore the Frédérique Constant Horological smartwatch for a charity fundraiser about which she talked enthusiastically at the launch.

For this budget, you won’t get a more attractive Swiss Smartwatche. The Frederique Constant Hybrid is a premium watch with all the mechanics and engineering of a much more expensive model. It features a basic watch face plus a few smart functions. Sadly, it is too industrial, and there isn’t enough technology incorporated.

If you’ve never worn a smartwatch before, sleep tracking and step counting will be helpful. It lacks a responsive touchscreen, so there are no notifications or menus to navigate. Rather than disconnecting you from your phone, it ties you to it.

Overall, the primary feature of this watch is its attractiveness, with a few smart features.

The Fitbit Ionic is Fitbit’s first smartwatch, and its primary focus is on health and fitness tracking. Fitbit enlisted Harley Pasternak, a celebrity trainer, and nutritionist, to tell about why he enjoys the brand.

The Ionic comes with various functions, including Fitbit Pay, a reliable GPS, and long battery life. When classifying this device, the lines are a little unclear. It appears to be a fitness tracker with some smart features instead of the other way around.

It’ll do everything a Fitbit does, including heart rate reading, activity tracking (from running to cycling and weight lifting), steps, calories burnt, time, laps, distance, and floors. The addition of the Fitbit Coach tool is the key selling factor.

Fitbit doesn’t do things the same way twice, and the Ionic’s design is no exception. It has a full-color rectangular screen with a solid bezel and a leather or plastic strap. But you can also choose from a wide range of different straps. Some people will appreciate the Ionic’s unique design, while others may not.

Tom Brady isn’t the only star promoting the smartwatch; Christian Ronaldo turned up when Tag Heuer announced that customers could choose their own watch faces.

The screen is dimly lit and slow to respond. It has a lower pixel density than smartwatches that are a fraction of the price of the Connected. It is a pity because it has a larger-than-average display.

The current version of Android Wear powers the Connected. Instead of giving unique functions and features, it effectively acts as a host for Google Now, displaying recognizable cards on-screen. You can also make use of Google Assistant. Tag made an effort to make native apps for fundamental functions, but you’ll have to get it from the Play store otherwise. It isn’t ideal for Apple users.

It keeps the high-quality, hefty Tag design, and it contains much titanium for a small sum of money. It only comes in one color, and the straps are exclusive, so expect to pay more if you don’t like them.

Unfortunately, despite the high price tag, celebrity endorsements, and how glamorous it appears, the result is shockingly poor in terms of functionality.

It’s not uncommon for a company to hire a celebrity to promote its product. Still, a huge name doesn’t always imply a good product. Smartwatches promoted by celebrities are no exception.