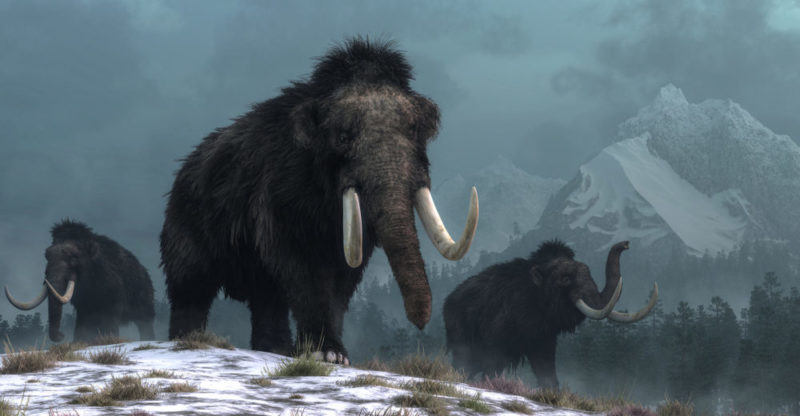 What is the Cenozoic Era?

Climate of the Cenozoic Era

Flora of the Cenozoic Era

Fauna of the Cenozoic Era

Disuse of the term "Tertiary"

Importance of the Cenozoic Era

We explain what the Cenozoic Era is, how it is divided and why it is so important. Also, what are its characteristics, flora and fauna.

What is the Cenozoic Era?

What is known as the Cenozoic or also Cenozoic Era (and formerly as the Tertiary Era) is the last division of the geological time scale , within what makes up the Phanerozoic Eon (started 541 million years ago and culminates in our present days ), along with the Paleozoic and Mesozoic eras .

The Cenozoic Era began with the extinction of the dinosaurs approximately 66 million years ago. Its name comes from the Greek words kainos (“new”) and zoe (“life”, “animal”), meaning “new life”.

It is also known as the “Age of mammals” , since this was the privileged way of life throughout its 66 million years of duration. Furthermore, it is the Age in which the human being made his appearance .

In the Mesozoic Era the world was populated by dinosaurs . They were huge lizards that reigned for one hundred and sixty million years.

However, they abruptly became extinct at the end of the Cretaceous period (the last of the Mesozoic era, after the Triassic and Jurassic ).

This was the era in which the first mammals emerged, and in which the supercontinent of Pangea began to separate and give rise to the geography we know today. 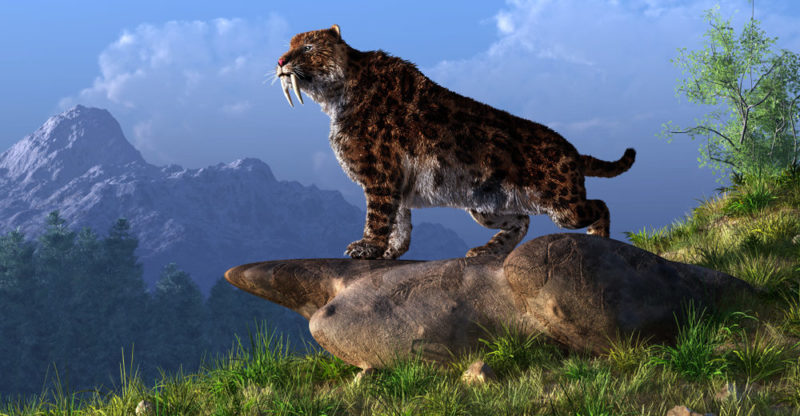 The Quaternary period lasted until the rise of human civilization.

The Cenozoic Era was divided into three periods, each subdivided in turn into 2 or 3 epochs and these into a varied number of ages. Everything is detailed below:

Formerly, the Paleogene and Neogene periods were joined in a “ Tertiary Period ”. But that consideration is no longer in use. 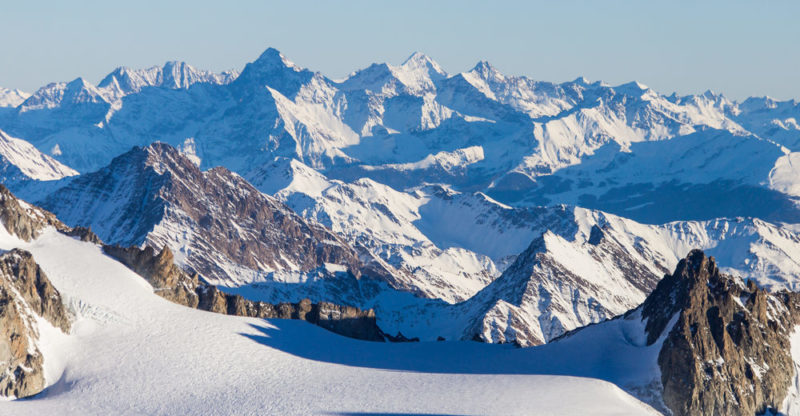 When Arabia collided with Eurasia the orogeny of the Alps was produced.

During the Cenozoic, the supercontinents of Gondwana and Laurasia separated. In other words, the continents were acquiring their current orientation and position . The Atlantic Ocean widened and then the two American continents (North and South, with the creation of the Central American Isthmus) joined.

Other important geological events during the Cenozoic were the collision between the Indian subcontinent and the Asian continent 55 to 45 million years ago. Thus the formation of the Himalayas was unleashed.

Similarly, Arabia collided with Eurasia 35 million years ago . As a consequence, the Sea of Tethys was permanently closed , and the orogeny of the Alps took place. Those processes continue today.

Climate of the Cenozoic Era

The Cenozoic climate has been one of long-term cooling . It was initially due to the solar blockage that produced the ash from the K-Pg Event (the extinction of the dinosaurs) in the atmosphere .

Later it continued due to the distance from the continents and the appearance of the Antarctic Circumpolar Current , which allowed the polar waters to cool . The same happened with the Humboldt currents and the Gulf with the Arctic region . 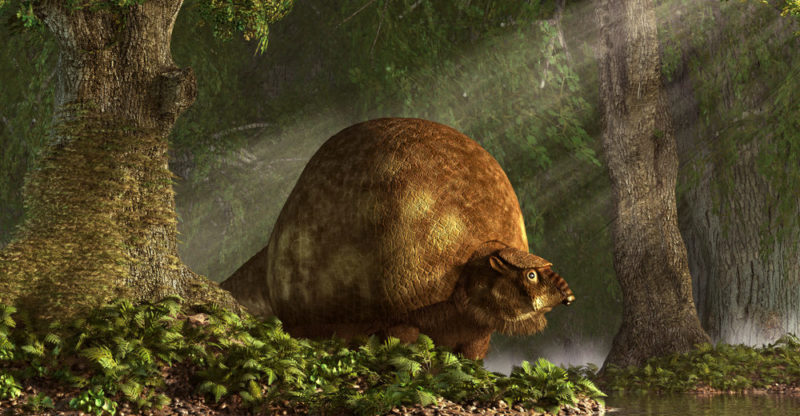 In the interglacial periods the cold diminished and the ice retreated.

The Quaternary is understood as a period of fluctuations in the ice level in the polar regions , more or less stable cycles that oscillated 100,000 years. Some estimates indicate that there were around 80 glaciations throughout the period, generating glacial periods or “ice ages”.

During the ice ages, the ice spread, the seas fell, and the global climate cooled and dried . But in the interglacial periods, the cold diminished and the ice receded, releasing water into the oceans .

Flora of the Cenozoic Era 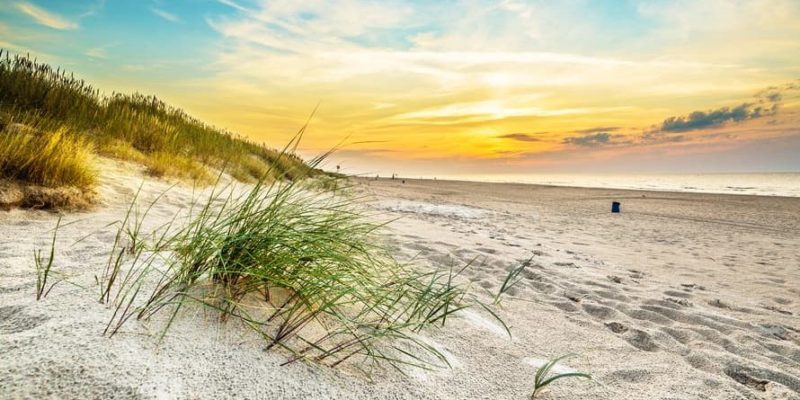 In the Cenozoic era, grasses and grasses emerged in more arid areas.

Thanks to the disappearance of the dinosaurs, in the Cenozocio the vegetation could expand and diversify , especially during the first times, more humid and warmer. Later, the forests began to give way to drier and more arid areas. Thus arose grasses and herbs.

Finally, the human hand made itself felt in this area: edible and cultivable species began to predominate in many aspects. This was due to human intervention and the development of agriculture.

Continental separation also allowed for greater diversification . Thanks to the isolation of continental ecosystems for thousands of years, many species gave rise to new ones.

Fauna of the Cenozoic Era

At the beginning of the Era, the surviving species of the Cretaceous-Paleogene Mass Extinction were mostly small mammals , reptiles and birds . That is why they were the ones that proliferated the fastest and fastest, stripped of their great predators .

Among the mammals were rodents and small equines . Their greatest predators became large flightless birds, such as those belonging to the genus Titanis .

In Neogene the first primates appeared , and among them the first hominins , ancestors of the human race. Cattle, antelope, gazelle, and other large mammals flourished during this period, as did aquatic mammals, such as whales .

Finally, the Quaternary was characterized by the presence of large feline predators , such as saber- toothed tigers . Woolly mammoths, adapted to ice ages, also proliferated.

The presence of humans influenced the fate of many of these species . Some of them found their extinction due to the increase in hunting by this new species that little by little became the dominant one on the entire planet . 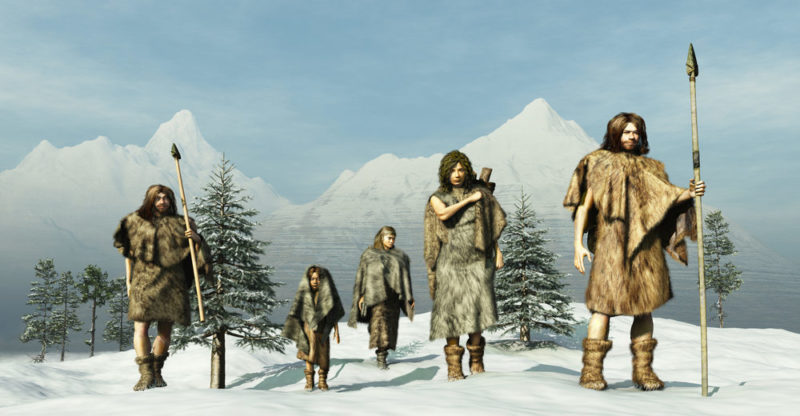 Homo sapiens is the only species not extinct today.

In the Quaternary period humanity makes its entrance . It is the fruit of a slow process of evolutionary changes from the first hominins that emerged on the African continent : species of the genus Australopithecus and later Homo .

When they migrated to Eurasia and the Middle East, they gave rise to new human species. The last were Homo neanderthalensis (“Neanderthal man”), Homo denisovensis (“Denisova hominid”) and Homo sapiens , the only species not extinct today and the only one we currently understand as “Humanity”.

Disuse of the term “Tertiary”

Today the name Cenozoic Era is preferred for the total time span between the extinction of the dinosaurs and the present, rather than the Tertiary Era. This is because the previous Eras are no longer referred to as Primary and Secondary.

Furthermore, the Cenozoic period, which was commonly called the Tertiary Period, is preferred to handle as two distinct periods: Paleogene and Neogene. However, the name of the Quaternary remains.

Importance of the Cenozoic Era 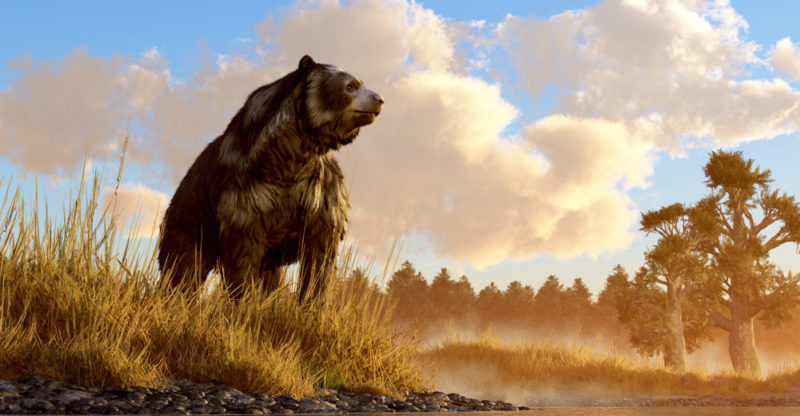 The Cenozoic is a re-flowering of life in a new key, the mammals.

The geological, climatic and biotic changes that occurred during its 66 million years directly define what we find today in the various ecosystems. They are also the source of the resources of the soil in which we sow and of the seas from which we feed.

On the other hand, the Cenozoic represents a re-flowering of life in a new key : mammals. From them eventually the human species arose.