Cinema: What is it, History, Genres, Elements and Characteristics 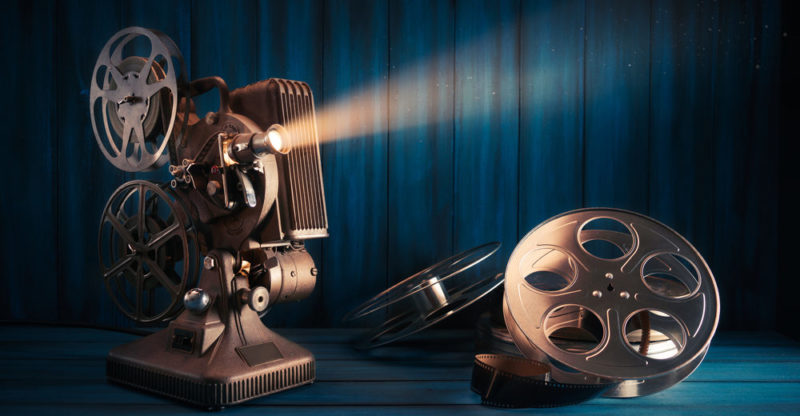 Who created the cinema?

Elements of a cinematographic work

Why is cinema important?

We explain what cinema is, how it was created and the different genres that make it up. Also, what are its characteristics, elements and more.

Cinema, better known as cinematography, is a technique and an art that consists of capturing, montage and projection of frames in a rapid and successive way. The result is the illusion of a moving image.

Cinema uses photographic technology to create the sensation of movement . The audio recordings that usually accompany these images help to build an aesthetic or informative audiovisual experience. In addition to fiction, it can also be used for filming documentaries or even for audiovisual journalism .

Given its ability to tell stories using illusions and special effects , cinema is considered one of the fine arts : the seventh art. On the other hand, it is sometimes considered as a meeting point for the arts: photography (camera), literary writing (script), music , etc.

An important group of people intervene in the making of cinematographic works , in charge of different tasks such as:

For this reason, the cinema has become a massive affair today. Although there are projects that are carried out with limited funds, each usually requires large investments by film centers such as Hollywood in the US or Bollywood in India.

Who created the cinema? 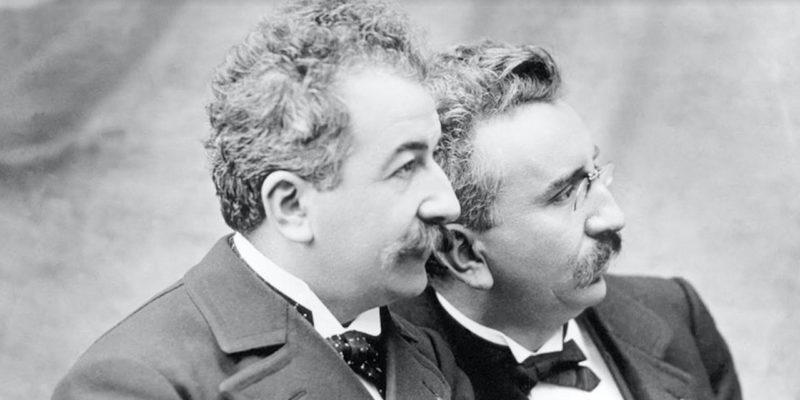 With the establishment of cities as the axis of societies , a mass public and culture emerged .

In addition to this social context, science was experimenting with new materials through new branches of modern chemistry.

Among the technological advances that led to the invention of cinema are inventions derived from electricity .

In addition, previous experiences in photographic capture were essential , such as daguerreotypes and the first photographs.

Own Thomas Alva Edison was about to patent the film , when in his lab William Dickson invented the Kinetoscope. This device was the forerunner of the first projectors and served as the basis for the inventors of the cinema.

The children of French photographer Antoine Lumière, known as the Lumière brothers, invented the first film projector in the late 19th century. The first formal presentation of cinema in history took place on December 28, 1895 in Paris.

All early motion pictures were documentary takes . For example, you can see a baby having lunch, workers breaking down a wall, a train arriving at the station, among others. 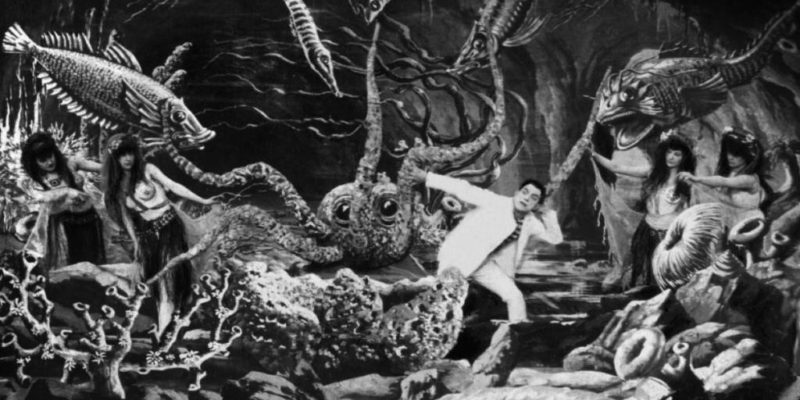 Méliès created fantastic situations thanks to sets and special effects.

After the first experiences of the Lumière brothers, the cinema for years was considered a fairground attraction . In this context, the illusionist Georges Méliès explored the possibilities of the invention through short fictional stories in which he put into practice rudimentary special effects.

The appeal that fiction caused to the public led to the emergence of various film studios in Europe and the United States at the beginning of the 20th century . At that time you could only capture images in black and white and without sound . For this reason, the screenings were accompanied by live music or comments.

The first to try to couple the phonograph with film projections was Charles Pathé. Although he was not very successful in this, he managed to found the first company that integrated the three branches of the film industry: production, distribution and exhibition. The famous Pathé Frères (“Pathé Brothers”).

The success of cinema as mass entertainment was immense , and the great film studios of the 20th century soon emerged . Among them are Hollywood companies that still exist like Fox, Paramount, Universal. Between North American and European production companies they were competing for the world film market .

During that period, still silent, two films considered pioneers of cinematographic language were filmed : The Birth of a Nation by David W. Griffith (1915) and The Battleship Potemkin by Sergei Eisenstein (1925).

Color cinema emerged in 1916 , with the appearance of Technicolor, a trichromatic technology made from red, green and blue. In 1935 Rouben Mamoulian’s Vanity Fair was the first color feature film to be screened.

After a series of more or less successful experiences that had been taking place since the beginning of the century, in 1923 the engineer Lee De Forest, solved the problems of synchronization and sound amplification. Thus, he patented the talkies as Phonofilm . 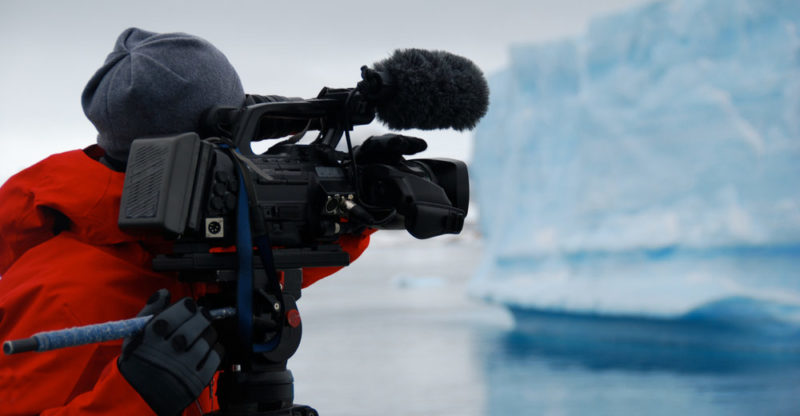 With the development of cinematographic fiction, some films showed plot or formal similarities . This allowed them to be grouped into different genres. The list of possible genres is too long to try to make a list, but some of the most common currently are:

Since its inception, the physical support of cinema has changed a lot. The development of various technologies gradually allowed the use of new and better materials for filming . Simultaneously in projections require more specialized image proportions.

The cinematographic format par excellence, 35mm, was invented by Thomas Alva Edison on a cellulose support. The 16mm, 9.5mm or Super 8 were later added to it. In 1920 the widescreen format spread.

Experimentation with 3D imaging through stereoscopy began in the 1940s. However, the 3D effect was perfected in the late 20th century. At that time, the development of the digital hundred revolutionized formats through the use of computers . 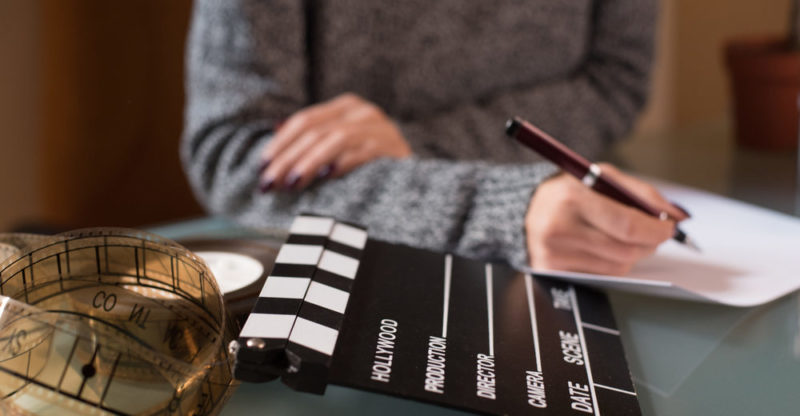 The entire film narrative is supported by a structured and orderly written narrative.

The creation of a cinematographic work usually involves the following trades:

Elements of a cinematographic work

A cinematographic work consists of:

Why is cinema important? 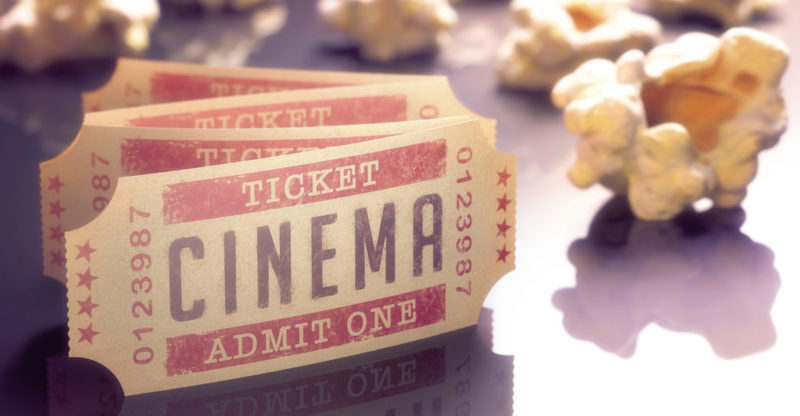 Cinema is one of the main ways in which fictional stories are disseminated.

Cinema is one of the most important forms of contemporary art , due to its enormous diffusion . A variable but abundant number of spectators can simultaneously enjoy the cinematographic story.

Along with literature, it is one of the main ways in which fictional stories are disseminated . In addition, it allows to share records of distant realities, opinions, worldviews, biographies and other types of stories. 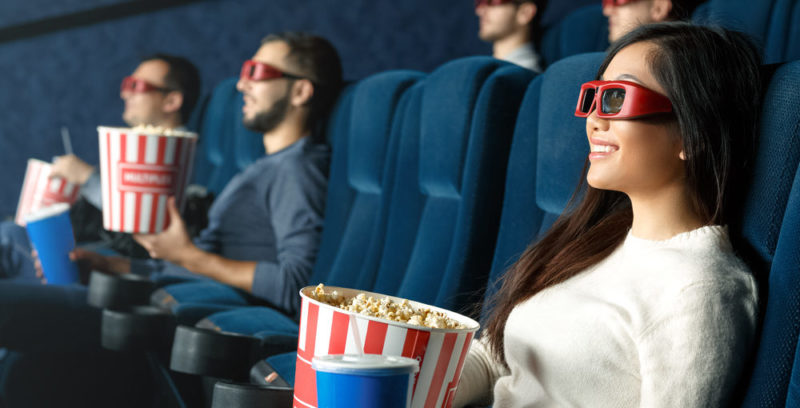 In the same day, up to four and five functions of the same movie theater can be given.

The fact that cinema reaches a wide audience at the same time, such as a movie theater full of people, makes it an ideal means of communication . For this reason, both private advertising and government propaganda often use it.

In fact, on the same day there can be up to four and five functions of the same movie theater , which translates, assuming that the room accommodates between 50 and 100 people, in about 200 to 500 people per day exposed to a specific message .

Currently there are two opposing and complementary trends: 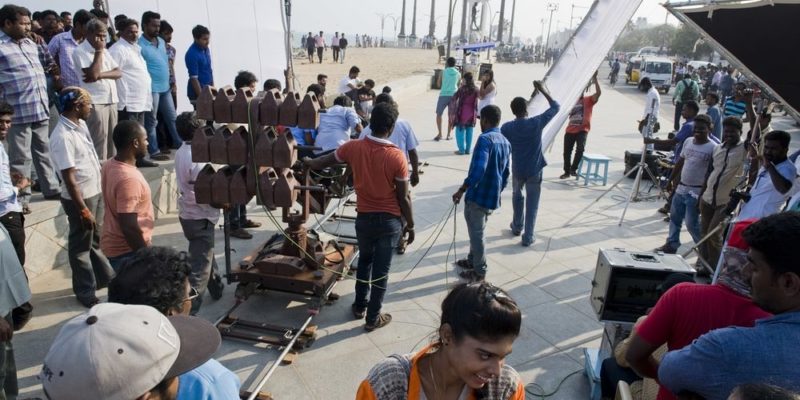 For a film industry to be considered to exist, it must have an economic and commercial apparatus for the production and distribution of mass production of films . The first companies to carry out this task were concentrated in Hollywood in the US.

Because this is the founding moment, centers that somehow translate its commercial and massive style are often given a similar name: Bollywood in India , and Nollywood in Nigeria . Other important companies are Vast Networks of Singapore, Nihoneiga in Japan or the Turkish cinema of Yesilcam.