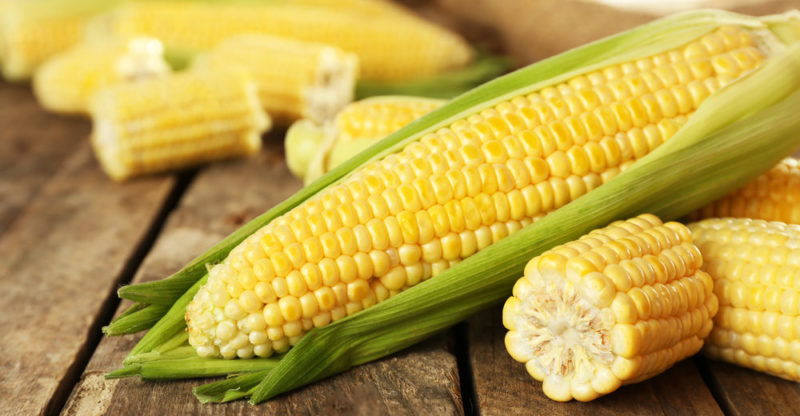 We explain what corn is, the history of this plant and what its structure is like. Also, what are its general characteristics, uses and cultivation..

Corn comes from America but it has become a world food.

Corn or zea mays is a cereal, an American grass plant , characterized by having long and solid stems (and not hollow like its closest relatives) at the end of which are spikes or ears (female inflorescences), with their seeds or grains of corn arranged along its axis.

Also called corn (or corn) to these ears and even to their grains once extracted.

It is an extremely popular food source , especially in the American continent , which is usually ground to make flours (and prepare various dishes with them, from arepas to tortillas).

It is also used as animal feed  and as an input for obtaining biofuels.

Its name comes from the Taino word mahís , which literally translates “what sustains life”.

Corn is native to the American continent .

It was cultivated for the first time by the original peoples of the Mexican Neovolcanic Axis (Tehuacán) approximately 10,000 years ago .

The Olmecs and the Mayans also used it.

Around 2,500 years ago it spread throughout the entire continent , becoming the key food of the different pre-Columbian cultures.

In addition, it supported a trade network based on its varieties and its surpluses.

After the arrival of the European conquerors, corn reached Europe and was thus introduced to other regions of the world , since it is a species capable of tolerating different climates . 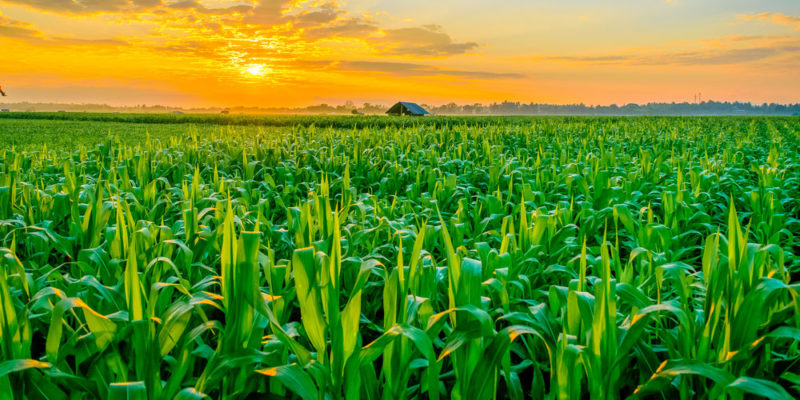 The corn plant belongs to the Poaceae or grass family , with an annual cycle and resistant and erect stems, which can reach eight feet in height.

Various internodes appear along the stem , from which the leaves sprout.

This plant is made up of:

Each grain of corn on an ear is a totally independent fruit , inserted in a cylindrical axis or rachis, known as cob.

These grains are called caryopsis and can vary in number and dimensions, depending on the species, growing in rows along the ear.

Its standard color once it reaches maturity ranges from white to yellow , and may also be purplish or red in some species. 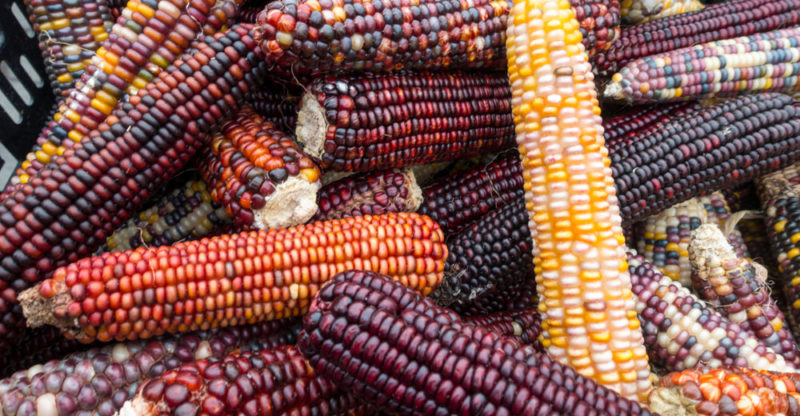 Red corn is endemic to Peru and is used to make chicha.

There are numerous species of corn, of which the following stand out:

Through the drying and grinding of the corn kernels extracted from their ears , it is possible to obtain a fine flour, different from starch.

This flour can be obtained by many methods, the oldest being nixtamalization: cooking the grains in water and lime to obtain a nixtamal that, when ground, gives rise to the flour.

This technique comes from the ancient Mesoamerican peoples . 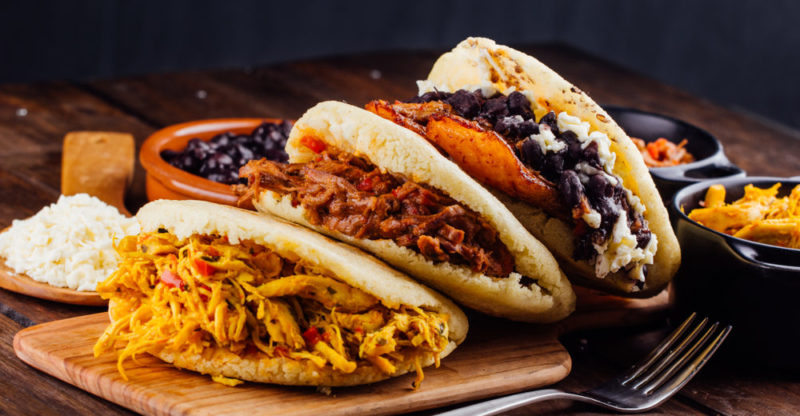 The arepa dough is prepared with corn flour.

Some of the best known corn food products are:

Corn is a central food in many cultures , especially in the Americas, and has been key in the fight against hunger in the world since its export to Europe and other continents.

In Africa it has been accepted to such a degree that many countries already consider it part of their typical gastronomy , since it is a very noble plant that occurs in different climates and soils . 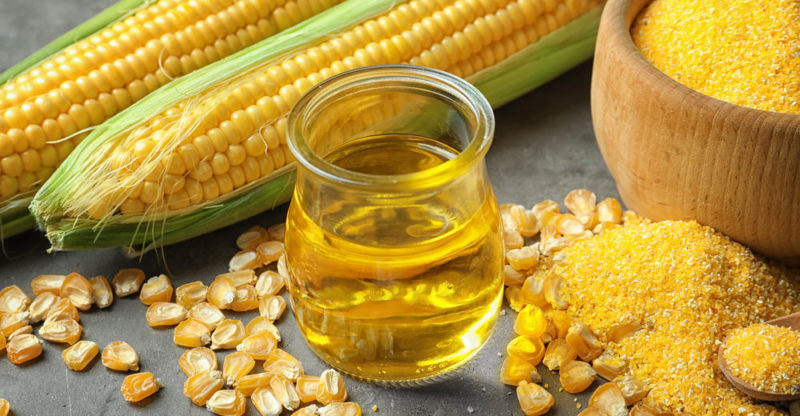 Corn oil is used in the glycerin industry.

Beyond its culinary use, corn can be used as feed for livestock , especially pigs and poultry.

In addition, it can serve as a raw material for various industries , such as oil, beer , starches or even as an anaerobic decomposition material, to obtain biofuels such as biodiesel.

With corn oils, the industry of glycerin (and therefore soap), plastic substitutes for rubber, and other inputs necessary for dyeing in the textile industry, cosmetics and even fireworks (dextrin) is developed. 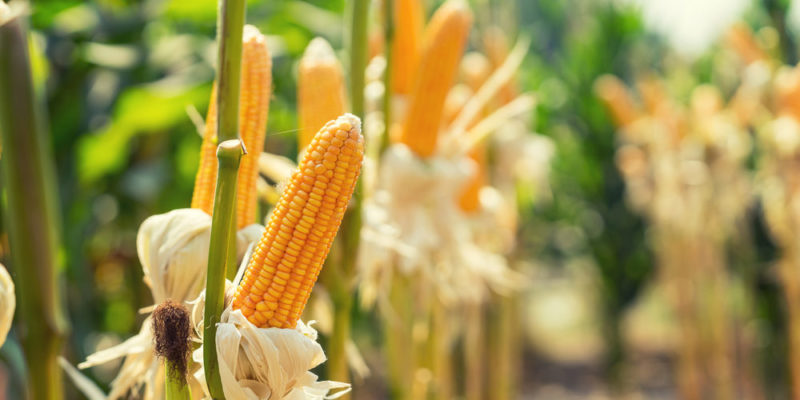 Mexico is one of the largest consumers of corn.

Despite being native to America, corn has an enormous adaptive capacity , which allows it to be cultivated today in both Europe and Asia .

Its cultivation is common to practically all the American nations , constituting together with beans, squash and chili an important part of the diverse gastronomies of the continent .

Its sowing is quite simple , and under natural conditions the spikes generate new plants that compete strongly with each other, so there is a belief that corn is self-generated without the need for human intervention.

Given its ease of cultivation and its high nutritional value, corn is a mass-produced food that requires protection from pests such as fungi and insects .

For this , the genome of several species of maize has been intervened (it has 10 pairs of chromosomes , the information of which was sequenced in 2005) to make them more resistant to glyphosate used as a herbicide.

In addition, genetic changes allow them to naturally generate proteins from the bacterium Bacilus thuringensis that serve as natural pesticides. Even some strains have been altered to withstand droughts .