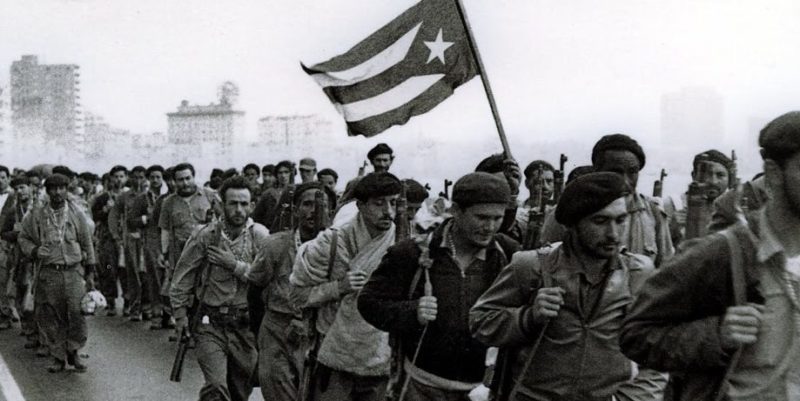 What was the Cuban Revolution?

Background of the Cuban Revolution

Causes of the Cuban Revolution

Start of the armed struggle

The conquest of power

Why is the Cuban Revolution important?

Consequences of the Cuban Revolution

We explain what the Cuban Revolution was, the causes of this event and its leaders. Also, what are its characteristics and consequences


What was the Cuban Revolution?

The Cuban Revolution was one of the most important events in the contemporary political history of Latin America and the Caribbean. It consisted of the uprising against the dictatorial regime of Fulgencio Batista in 1953 , by a Cuban leftist guerrilla movement called the July 26 Movement, headed by Fidel Castro .

The Cuban Revolution was successful in overthrowing Batista’s pro-North American government and establishing a new one under democratic premises. Under the influence of the Soviet Union , he quickly veered toward communism .

It was a Latin American symbol of the anti-imperialist struggle and of the possibility of the self-determination of the peoples. It occurred in a complex and bipolar international context, such as that of the Cold War .

The Cuban Revolution comprises a diverse series of events. It began with the armed struggle with the rebel communist guerrillas , and culminated in the establishment of the revolutionary government . The same was the Cuban dictatorship , ruled almost entirely by the Castro brothers, Fidel and Raúl. 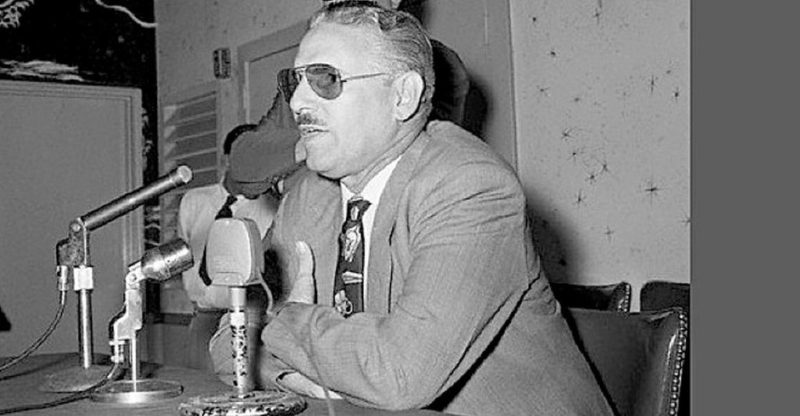 The scenario of Cuba in the years before the revolutionary uprising was that of a small and poor nation .

It was a weak republic and an ally of the United States.

It grew up in the shadow of shady liquor stores and casino games , attended by the big American mobsters.

The country was governed by a corrupt democracy , whose management of the State consisted of maintaining order so that an oligarchic elite could enrich itself at the expense of the rest of the people.

The end of this period occurred when popular pressure applauded the candidacy of Carlos Prío Socarrás , of the Authentic party. However, after winning the elections, he was deposed from office by Fulgencio Batista in 1952.

Batista had been a national hero and president of the island . But this time he assumed power through a coup and established a military dictatorship through new fraudulent elections.

Background of the Cuban Revolution

The Batista government failed to hide scandalous levels of corruption or its fraudulent origin . Consequently, a fairly radicalized opposition emerged, of which the attempted takeover of the Moncada Barracks in 1953 is an important example.

The young lawyer Fidel Castro led a group of young people from the Cuban People’s Party , who called themselves the “Centennial Generation” (due to the birth of José Martí in 1853). They armed themselves and tried to take the mentioned barracks, failing in the attempt.

The failure implied the loss of many of its members , who were imprisoned until 1955. Then they were amnestied by the dictatorship that tried to calm the popular noise and some other attempts of insurrection.

In the tense atmosphere of the Cold War, the world was forced to side with the US (and capitalism ) and the USSR (and socialism ). Latin America suffered from the control of North American anti-communism and in that sense, Batista had the full support of his northern neighbors.

Fidel Castro and his brother Raúl took the opposite side . They went into exile in post-revolutionary Mexico and organized the July 26 Movement (M-26-7) in 1955. It was a group guided by the thought of José Martí, anti-imperialist and focused on the overthrow of the Cuban dictatorship.

Causes of the Cuban Revolution 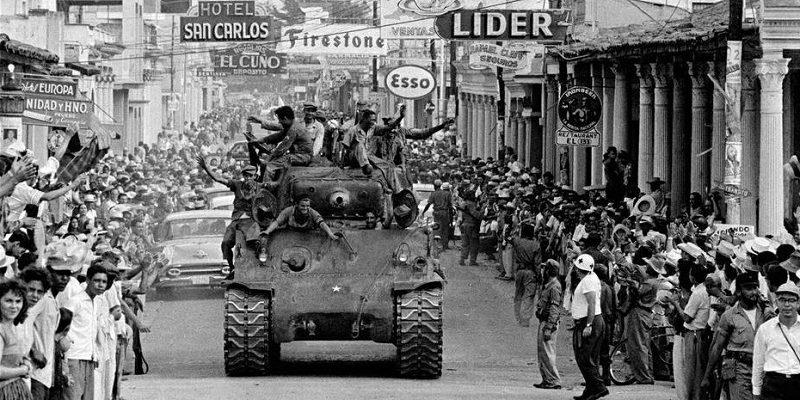 The United States had intervened in Cuba’s own emancipation from Spain.

The causes of the Revolution can be summarized as:

Start of the armed struggle

The armed struggle began when Fidel Castro and his revolutionary troops landed in southern Cuba with his ship Granma, on December 2, 1956. They were received by an army of 80,000 men that quickly wreaked havoc in the revolutionary ranks.

Scattered, lost and persecuted, they had to enter the Sierra Maestra mountain . There, just over 20 survivors of the initial 82 reorganized to carry out guerrilla incursions into enemy positions.

The Batista government spread the false news of Fidel’s death , hoping to silence the episode and turn the page. However, the “bearded men” (so called because of their appearance) established a clandestine radio station , “rebel radio”. From there they called the people to uprising, slowly adding citizens to their ranks.

The international press echoed the guerrilla movement and soon Fidel and his movement enjoyed the sympathy of the Cuban people.

The conquest of power 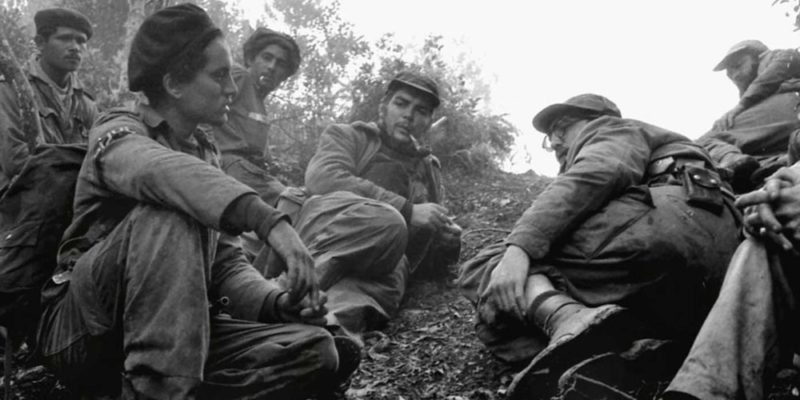 The guerrilla dismantled the Cuban army and assumed itself as the only national military force.

On January 1, 1959, the Revolutionary troops entered Havana , sealing the defeat of Batista. The dictator had fled the island to the United States, as the fall had been predictable for months.

Once power was taken, the guerrillas quickly dismantled the Cuban army and assumed itself as the sole national military force. It formed a transitory government with Manuel Urrutia Lleó as President and José Miró Cardona as Prime Minister.

This government contained very different tendencies within it, which they were soon confronted with . The disagreements were expressed especially around the extreme measures undertaken by the revolutionaries, such as the summary trials and executions, the agrarian reform and the undertaking of a communist model.

In 1960, the visit of Soviet premier Nikita Khrushchev sealed the Cuban government’s turn toward communism . At that time the peak of tension in its relations with the US was reached, due to the expropriation of US companies on Cuban soil.

That year Fidel visited the UN and delivered a four-hour speech against his enemies in the United States, whom he accused of conspiring to kill him. In 1961, diplomatic relations between the two countries were broken.

In April of the year, the United States financed a mission with the objective of bringing about 1,500 Cuban exiles back to power in Cuba. It became known as the Bay of Pigs Invasion and culminated in a resounding defeat.

This sealed the enmity between the two governments and led to the US embargo on Cuba , which became directly dependent on aid from the Soviet Union. According to voices critical of the regime, Cuba was at that time a communist dictatorship. 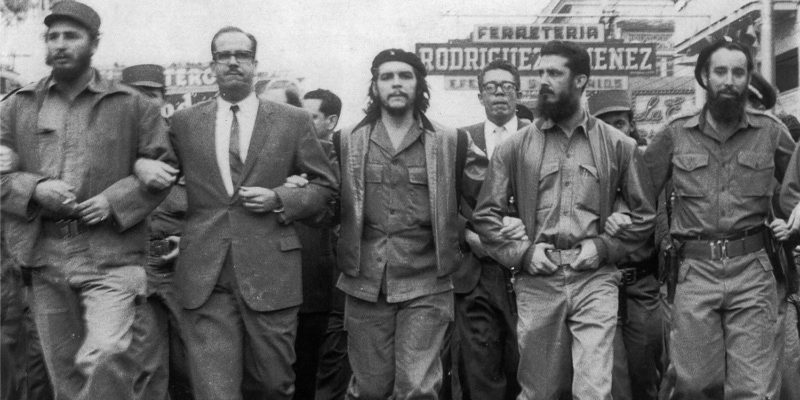 The Revolution was led mainly by the Castro brothers: Fidel and Raúl , as well as their Argentine communist ally, Ernesto “Che” Guevara . Other important members of the struggle were Camilo Cienfuegos and Huber Matos, both Cubans. However, they did not access positions of power once the revolution was won.

Why is the Cuban Revolution important?

The Cuban Revolution served as inspiration for other revolutionary movements on different continents . Furthermore, once established in power and founded the socialist state, he collaborated with the revolutionary causes of Africa and America . In some cases it sent armed contingents, as in Angola, Congo and Bolivia .

In addition, this revolutionary process established the Cuban communist dictatorship, which still remains intact despite the economic blockade with which the United States has punished it since the middle of the 20th century . From the adherence to or criticism of the Cuban regime, all the intellectuals of the time and later can be divided politically, socially and ideologically.

Consequences of the Cuban Revolution 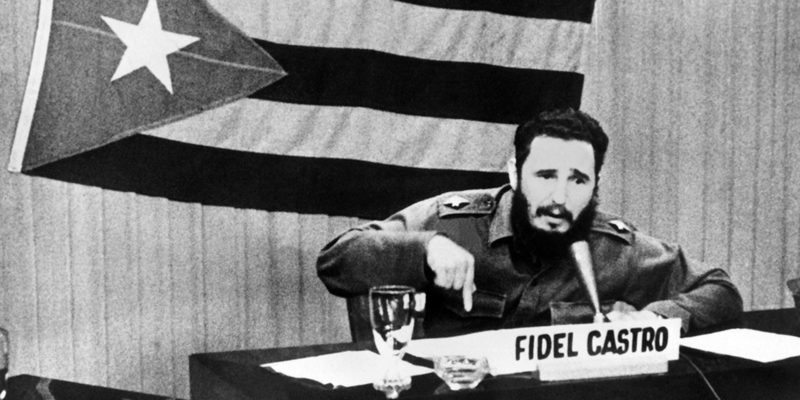 The Batista dictatorship was replaced by the government of Fidel Castro.

The consequences of the Cuban Revolution were:

In 1991 the USSR fell as protector of the world’s socialist bloc , and thus the Cold War came to an end. This significantly affected Cuba, which was still suffering from the US embargo. It could not trade freely at the same time that its main source of food and financing had just collapsed.

This meant an acute period of crisis in Cuba . The population suffered famine, a 36% contraction of GDP , a collapse of transportation due to a lack of hydrocarbons and massive emigration in the most desperate way, thus giving rise to the notorious Cuban “rafters”.