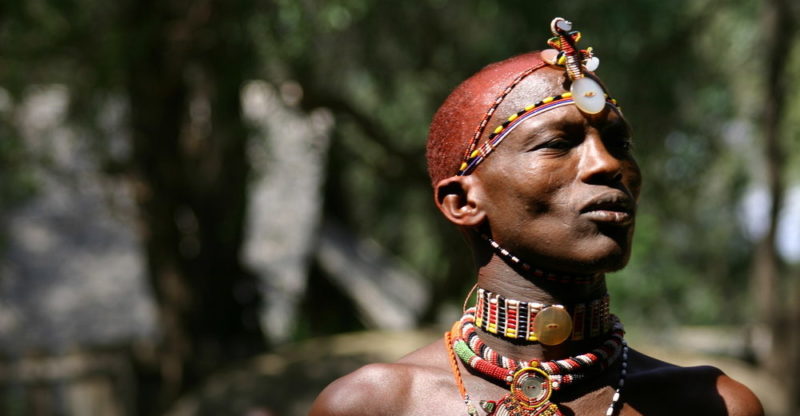 What is the culture of Africa?

We explain everything about the culture of Africa, what religion and music are like. In addition, what are its characteristics, clothing and more.

What is the culture of Africa?

The culture of Africa includes a wide variety of artistic expressions, beliefs, rituals, and customs from various cultures . Both in ancient times and today, large powerful and innovative civilizations existed simultaneously on this vast continent alongside small traditional tribes.

The world’s first civilizations were born in Africa , so its cultural baggage is of the utmost importance for all humanity.

Although various powerful kingdoms expanded throughout various territories of the continent, in the 18th century Africa began to receive the colonizing influence of Europe . This phenomenon meant that certain elements (such as a second language or a religion) became homogeneous in several different cultures.

However, the particularities of various groups survived colonization and still survive, giving this continent a wide variety of forms of expression and thought . 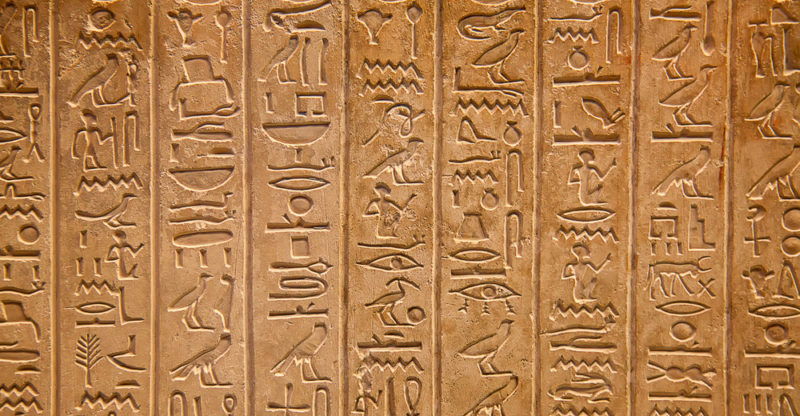 African culture was the creator of one of the first forms of writing.

In Africa, one of the main cultures of the Ancient Age developed : Ancient Egypt , on the banks of the Nile River (northeast of Africa).

This culture was the creator of one of the first forms of writing in the history of humanity, as well as muralism and monumental architecture generally associated with mortuary art that continues to be studied by scientists around the world to this day. An example of this is its famous pyramids.

Along with the Egyptian culture, other cultures developed in Ancient Africa, such as the Kush (Ancient Nubia) , which had a mainly white population (similar to Caucasians) and was later colonized by Egypt. 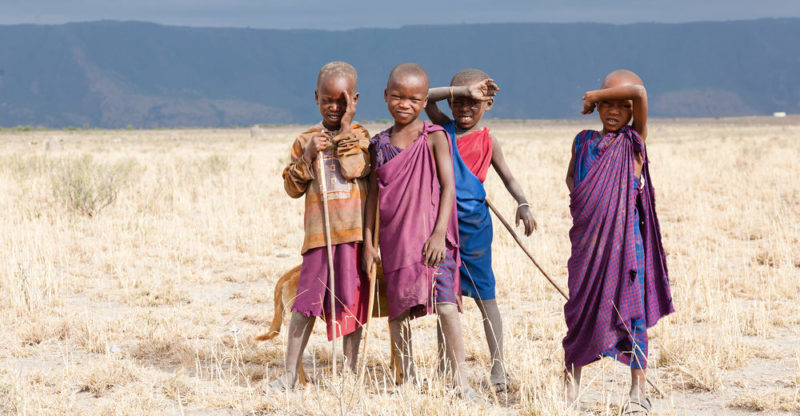 Since the appearance of the first African civilizations, polytheistic religions (several gods) and animists (soul and consciousness are attributed to objects, mainly from nature) have developed.

Today more than 100 million Africans follow beliefs passed down through many generations that are based on ancestor worship and animism.

In general, these religions have a conception of the spiritual as a divided world . On the one hand, what is helpful and benevolent is usually composed of the spirits of the ancestors and certain forces of nature.

On the other hand, the harmful and hostile, is composed of spirits that should not only be feared but can also be requested, through offerings, to harm enemies.

Both Christianity and Islam came to Africa from other continents. 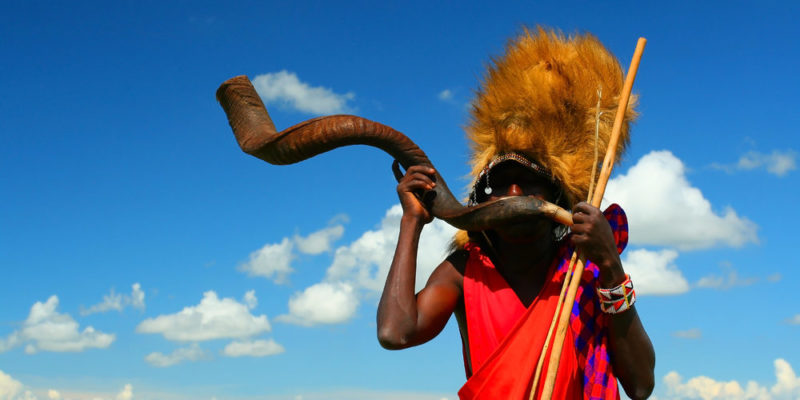 The music traditional African is done in groups, in some cases for ritual purposes . In many African languages, the tone gives a particular meaning to what is said. Therefore, both singing and music with instruments can convey meanings beyond words.

Among the most widespread instruments are the drums, the lute, the flute , the bells and the trumpet. 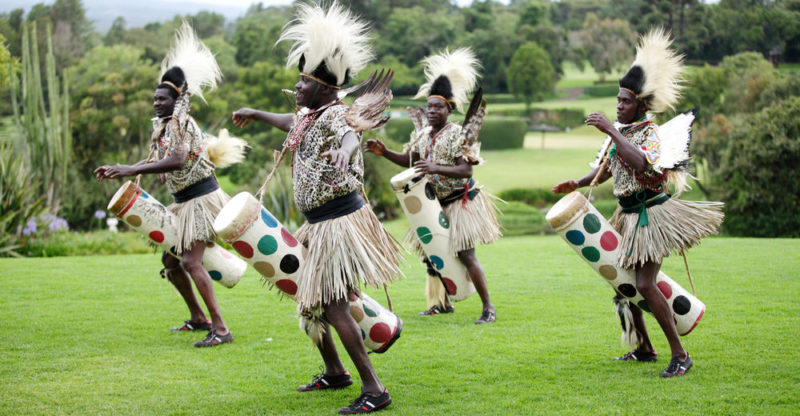 In African cultures, dance is always associated with music . It can also have a ritual function.

In those cases, the dancers include masks, costumes, body paint and many other visual means to convey a mood or the representation of a mythological fact.

In some types of dances, the gestures also have a meaning through a complex coding.

In Africa there are more than 1,300 different languages , some of which can be grouped into linguistic families that have diversified over the centuries.

However, there were processes of standardization such as the Bantu , which expanded throughout sub-Saharan Africa and imposed their language , or the English and French colonizations that imposed a second language.

Currently, the most widely spoken languages are Arabic and Swahili , used by 120 million speakers. Even by those who are not their mother tongue, it is used as a “lingua franca” to communicate with inhabitants of other regions. 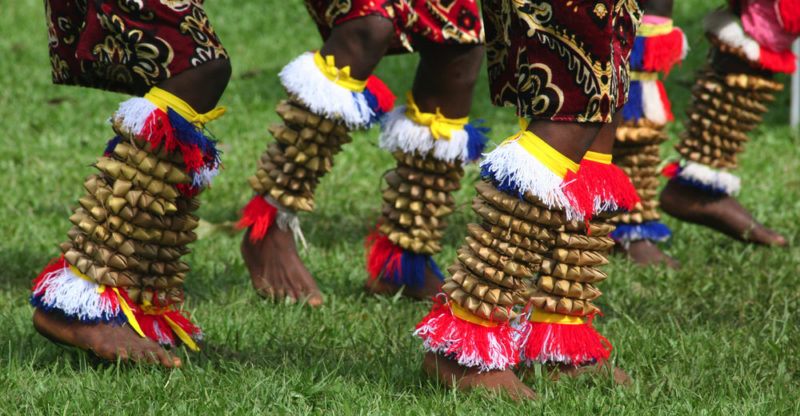 Traditional African clothing is characterized by the use of bright colors.

In general, traditional African peoples use cotton as a textile fiber . Cotton thread is used in wooden looms .

Some textile artisans, like the Nigerians, alternate the colors of the threads and achieve geometric designs on their garments. In other regions such as the Ivory Coast, strips of cloth are joined together and then painted with pigments obtained from plants .

In different cultures, the shape and color of clothing marks membership in a group or social class . In addition, certain garments are used for special events. In all cases bright colors such as red, yellow and green are used.

Cave paintings (painted on rocks) are found in Africa , some 12,000 years old . The earliest paintings are found in southern Algeria and show hunting scenes with wild animals, while more recent paintings, from 5,000 to 3,000 BC, can be found in Somalia, Namibia, and South Africa. c.

Cave art is one of the first cultural manifestations of humanity , so its study allows us to learn more about the customs and beliefs of the first societies . 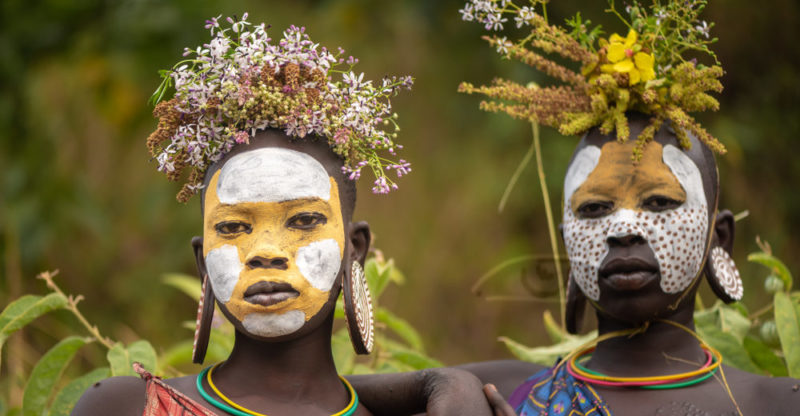 Africans get to decorate their entire face and body in a few minutes.

Some African cultures decorate their bodies and faces with paintings of bright and striking colors. To do this, they use various pigments that they obtain from the earth and from plants .

Despite the numerous details, his technique points to speed , since it is an ephemeral art that can be erased in a short time. Therefore, they can decorate the entire face and body in a few minutes.

Tattoos are another way to decorate the body but permanently . The first record of a tattoo comes from Egypt, on the mummy of Amunet. These ancient tattoos were made with ink and represented a characteristic of the wearer.

Ornamental scars are now used by various African ethnic groups , meaning that the design is made through a cut in the skin deep enough to leave a lasting scar. In other cases, an object is also inserted to give volume to the skin.