Don Quixote: What is it, Summary, Characters and Characteristics 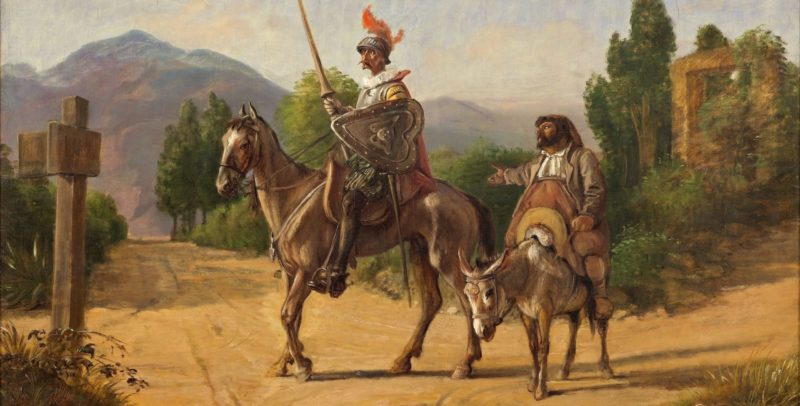 Who is Don Quixote?

Summary of the work Don Quixote

Importance of the work Don Quixote

Particularities of his madness

Structure of the work Don Quixote

We explain who Don Quixote is, why he is so important and his characters. Also, what are its characteristics and structure.

Who is Don Quixote?

This work was published in 1605 and is considered the first modern novel . Until today it can be said that it is the most important work of all Spanish literature and one of the most fundamental of universal literature of all time.

The novel is written in two independent volumes . The second of them was published in 1615 with the title Second part of the ingenious knight Don Quixote de la Mancha.

It is a satirical or burlesque tale of the medieval genre of chivalric novels , which dialogues with the entire Spanish and European tradition. It had a huge impact on the literary culture of the time and centuries after.

The narration of the adventures of Don Quixote have been taken to various artistic formats : they have inspired paintings , plays , films and even apocryphal versions. An example was the famous Don Quixote de Avellaneda that appeared in 1614 and signed by the lawyer Alonso Fernández de Avellaneda, a pseudonym of a still unknown author.

Summary of the work Don Quixote 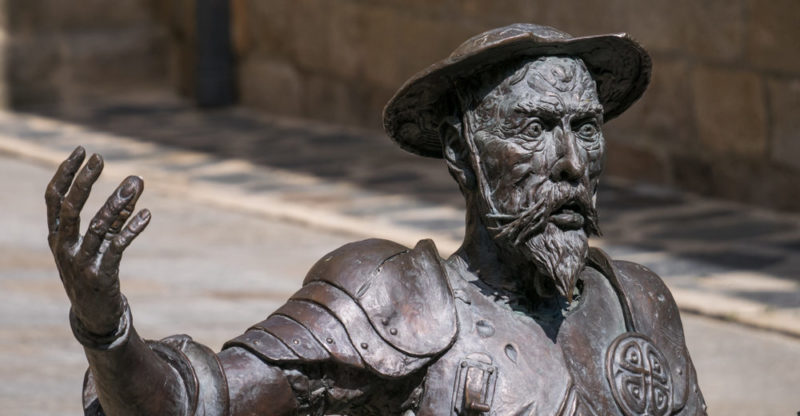 Don Quixote ends up believing himself a knight errant after reading many novels.

The novel by Cervantes tells the adventures and misadventures of Alonso Quijano , an old man of noble origin who has come to a very low end.

This character, after reading chivalric novels so much, ends up believing himself a knight errant and arming himself as Don Quixote.

For this he uses the rusty armor of some forgotten ancestor and riding a poor skinny and ruined horse that he baptizes as Rocinante.

In his adventures, Don Quixote meets Sancho Panza , a poor and naive peasant whom he convinces to be his squire. Sancho accompanies him to seek his fortune, under the promise of becoming governor of some island that they discover together.

Together they go out on the roads to “ undo wrongs ” , as Don Quixote would say. In the midst of their adventures they meet other characters from the region. They listen to their stories and help them in their destinations or simply accompany them for a while.

Finally, tired of so much stick received and without fulfilling their dream of becoming rich and famous , they return to town, for the end of the first volume of the work.

In the second volume, the roles are reversed. Alonso Quijano has definitively regained his lucidity , but this has cost him his vitality and he is depressed, awaiting death. To cheer him up, Sancho Panza decides to urge him to resume his adventures.

After convincing him that reality is fiction and fiction reality, they both embark on new adventures , in which everyone already knows Don Quixote and they follow his game . This second volume culminates with the return home and the death of Alonso Quijano.

Importance of the work Don Quixote 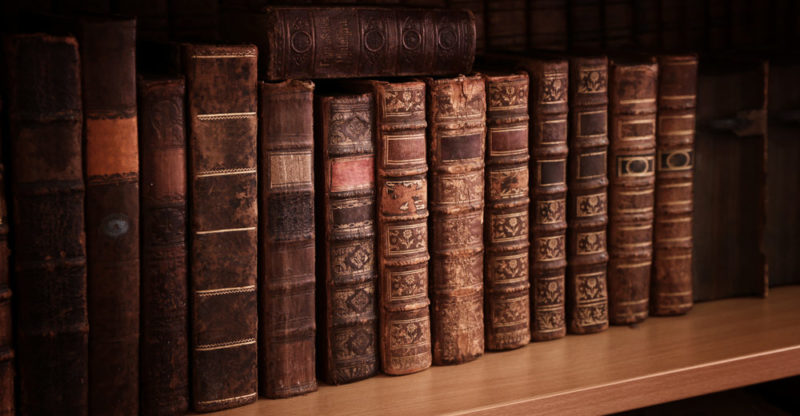 Don Quixote is a work rich in literary and political satires of the time.

Don Quixote de la Mancha was the first modern novel . In it we not only meet the main protagonists, but also dozens of other characters who tell their story and enrich the main narrative arc. That is why it is also considered the first polyphonic novel in history .

In addition, the work is rich in literary and political satires of the time , in references to chivalric novels and in games that founded the novel genre as we understand it today. It is a universal reference of the Spanish and European culture of the moment, and a true jewel of literature.

The novel presents dozens of characters in its two volumes, but of all of them the main ones are: 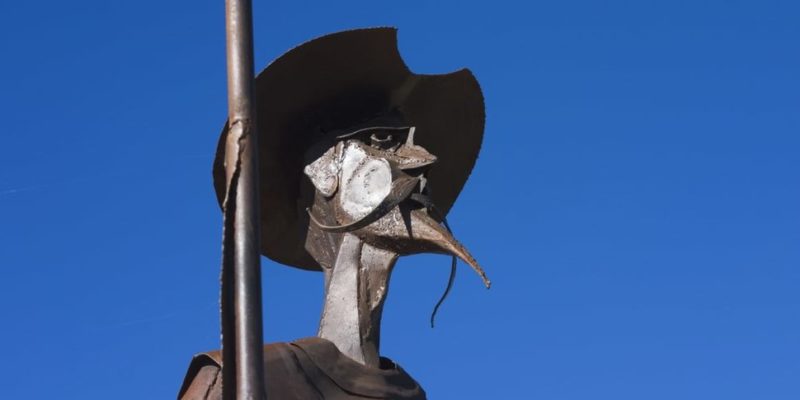 Don Quixote is a stubborn man, strong-minded and brave.

Alonso Quijano is, as he is described, an old, lanky and extremely thin man . He is usually depicted with a beard and wearing ramshackle armor.

Cervantes describes it as “hazelnut” and “nearing the age (…) with fifty years. He was of strong complexion, dry of flesh, lean of face ”(Chapter I of the first part).

From a psychological point of view, Don Quixote is a stubborn man, strong-minded and brave . His enormous imagination allows him to see the real world as if it were that of chivalric books. In that sense, Don Quixote does not act like a madman, but like a child who plays his own game.

Particularities of his madness

Don Quixote sees giants where there are windmills and enemy armies where flocks of sheep cross. But on the other hand, he has brief moments of lucidity, in which he demonstrates clear reasoning and discreet wisdom.

Because of this contradiction, he can be considered more of a visionary than a madman . In his presence, the boundaries between “normal” people and delusion are forced to rethink. 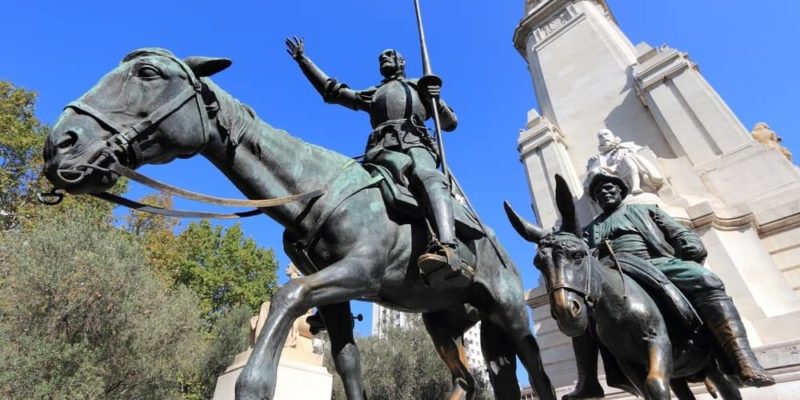 The relationship with his squire creates the funniest dialogues and situations.

The relationship between Don Quixote and Sancho Panza is extremely rich, and it engenders the funniest dialogues and interactions between the supposed knight-errant and his supposed squire. In that sense, we can summarize it in two moments:

Structure of the work Don Quixote

Don Quixote’s novel is structured in four parts , in the style of chivalric novels such as Amadís de Gaula . It is made up of 52 chapters, separated into four parts of 8, 6, 14 and 24 chapters each.

It also has a prologue or letter to the reader written by Cervantes , in which he mocks the erudition of other authors (including Lope de Vega).

The second volume consists of 74 chapters , as well as a new prologue in which the author defends himself against the accusations made against him in the apocryphal Quixote prologue . 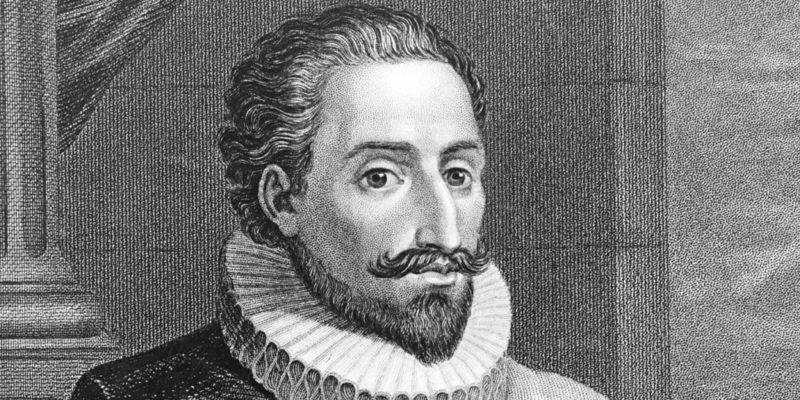 The apocryphal Don Quixote has an introduction in which he accuses Cervantes of being a coward.

The apocryphal Don Quixote was published in 1614 , and was signed by a certain Alonso Fernández de Avellaneda, a native of Tordesillas. It is known, however, that it was a pseudonym, but whose name is unknown.

There are various theories regarding the authorship of this work . Some of them point to a former comrade in arms of Cervantes, who would have been outraged after recognizing himself as a character from the first part.

The truth is that this apocryphal Don Quixote has an introduction in which he accuses Cervantes of being a coward and of other lowliness . Then it narrates, in a very similar way to the original, the adventures of Don Quixote in Madrid, Toledo and his internment in an asylum. Finally he promises a third part, which would take place in Old Castile, Avila and Valladolid. 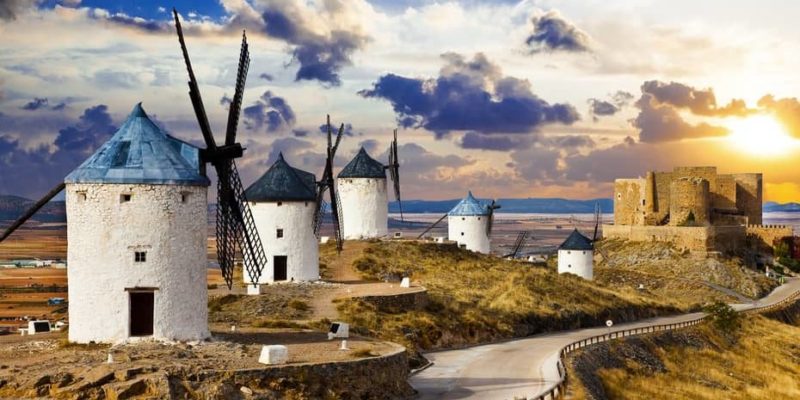 The “Don Quixote Route” follows the character’s journey through Spain.

There is a “Don Quixote Route” in Spain , which follows the supposed steps of the character in La Mancha, Aragon and Catalonia , along 2,500 km in length. It has been declared a European cultural itinerary by the Council of Europe.

Miguel de Cervantes Saavedra (1547-1616) was a soldier, novelist, short story writer and playwright of Spanish origin. He is one of the greatest literary representatives of the Spanish Golden Age .

He is known as the “Prince of ingenuities” or as the “Manco de Lepanto” , since he would have lost the functionality of a hand in the homonymous battle. According to his own letter to the reader, he wrote Don Quixote in prison, when he was captured by the Moors of Algiers. He died of diabetes in Madrid at the age of 68.