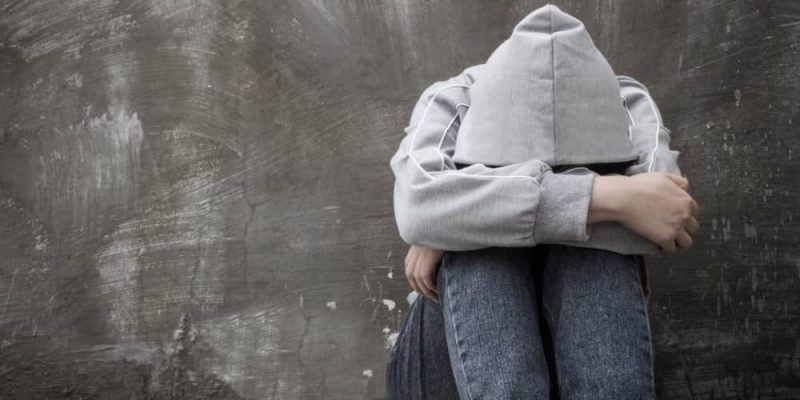 What is drug addiction?

We explain what drug addiction is, its history and how drugs are classified. Also, what are its characteristics, causes and consequences.

What is drug addiction?

Drug addiction, drug dependence or drug dependence is called pathological dependence on stimulating or altering substances of the central nervous system, capable of inducing hallucinations and altered states of consciousness, affecting judgment, emotions and the senses.

These substances, known as drugs or psychotropics, can be of natural or synthetic origin and are mostly prohibited by law .

Drug addiction is a global public health phenomenon that has repercussions on other social problems such as crime, school dropouts, prostitution and suicide.

It is considered that child and adolescent populations are most vulnerable to this phenomenon, because they lack the structures of judgment and maturity necessary to protect themselves.

There are cases of addiction to legal drugs , such as drugs and medications , but in particular synthetic, chemical drugs are feared, designed to generate a very high effect of dependence and enslave through their consumption the individual who, in order to consume, is capable of sacrificing material, moral and affective elements that in other conditions would be indispensable. 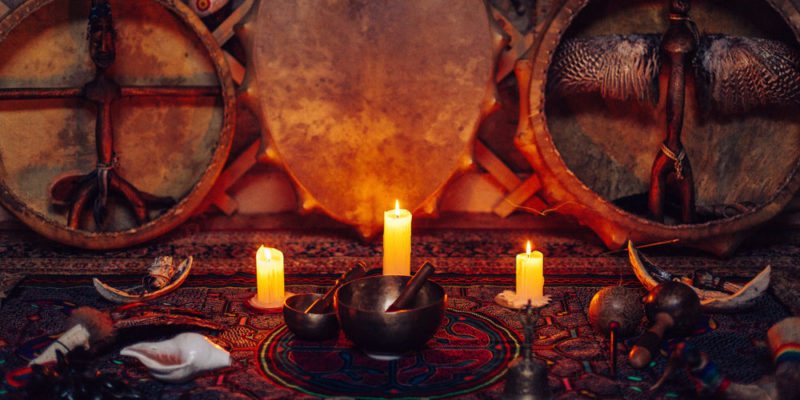 Drugs have played an important role in magical rituals.

Addiction to psychoactive substances has accompanied man since ancient times , since they have often played an important role in ritual and magical acts (such as shamanic ones) to induce individuals to a “heightened” state of consciousness.

Substances such as alcohol, tobacco or cocaine have been present in civilization since time immemorial , as well as the prohibitions or limitations of their consumption, given the harmful effect (social, physical, psychological) that they can have on the individuals who consume them in excessively or constantly. 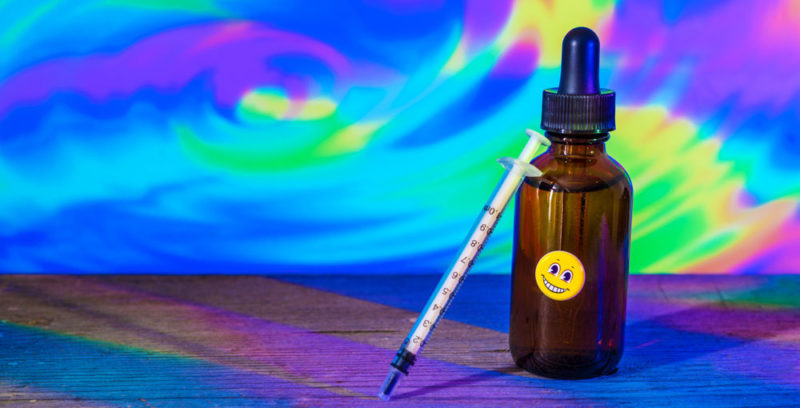 Hallucinogens induce mysterious or unreal perceptions in the senses.

Drugs can be substances of different origin: synthetic (created in the laboratory) or natural (derived from plants , animals and fungi ), but they have in common a distorting effect on emotions and sensations, which can range from lucid dreams, sensations of pleasure and euphoria, up to hallucinations of varying degrees.

Drugs are usually classified according to their effect on the body, as follows:

Another possible classification is according to their level of dependency: 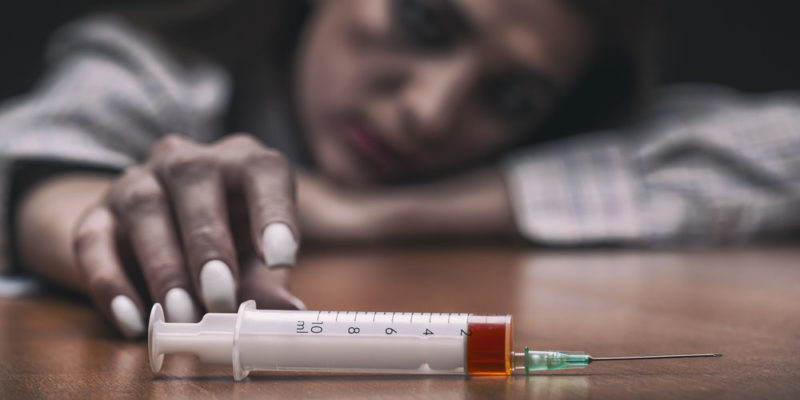 Withdrawal can cause physical distress and discomfort.

According to specialists in the psychiatric area (DSM-IV-TR and ICD-10), certain consumption and behavioral traits must be met in individuals in order for them to be considered drug addicts. Simply submit three of the following in a rolling 12-month period:

Usually three stages are identified in the drug addiction cycle, which feed back and generate more and more psychological and physical damage: 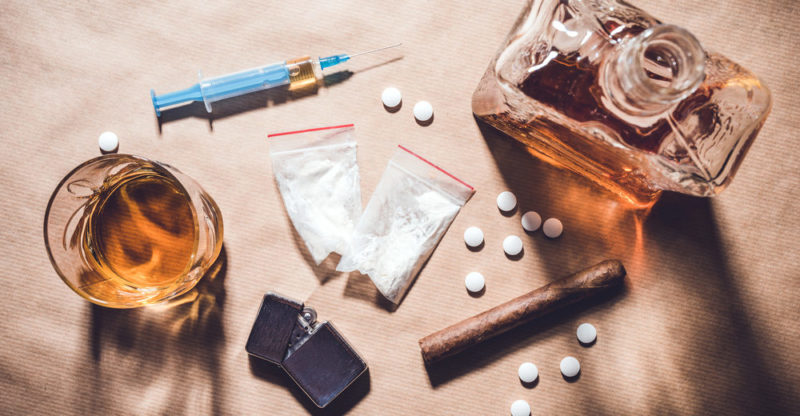 Excessive drug use can cause an overdose.

Given that the continuous exposure to drugs is attenuating their effect on the individual, he tends to increase the dose to be able to feel the same and thus approaches the mortal limit of consumption more and more, being able to expose himself to a higher dose than his own. body (often weakened by addiction) can bear.

The consequences of drug addiction are devastating for the individual and for their social and family environment, and include:

Much of the world’s population uses soft drugs completely recreationally and at moderate risks . But other people may take refuge in drugs to avoid difficult situations in their personal lives, such as trauma, loss, or chronic feelings of discomfort. 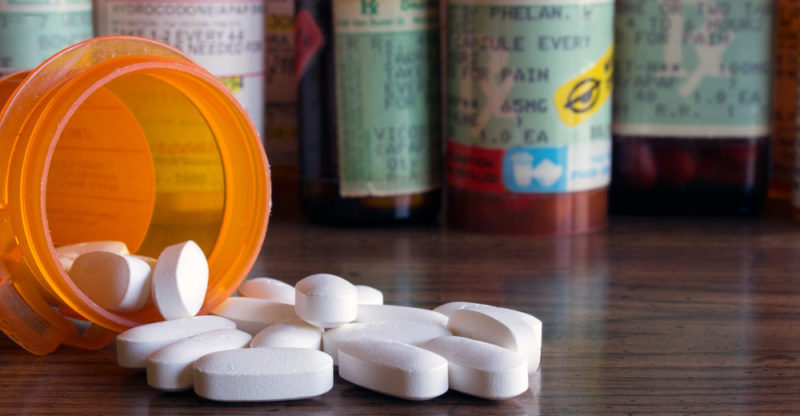 Legal drugs are controlled by law and therefore tolerated.

There is also the possibility of becoming addicted to substances of legal consumption , such as alcohol, cigarettes, sleeping pills, even coffee .

However, as they are controlled by law (and despite the fact that many cost the lives of not a few people a year), their consumption is tolerated and even openly encouraged in the consumer society.

To prevent drug addiction, especially in vulnerable populations, it is necessary to inform and educate appropriately about them and without taboos , as well as to form personal values and vital passions that serve as a counterweight to the seductiveness of drugs. It is also essential to have addiction treatment and care agencies that serve both to recover addicts and to deter potential users . 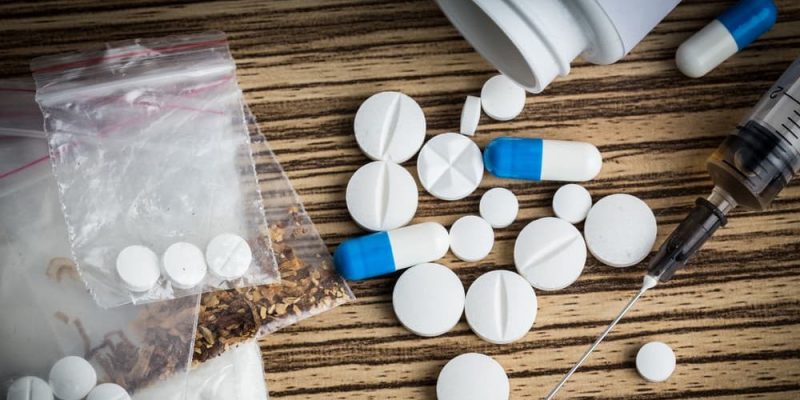 Ecstasy is one of the most widely used drugs.

The most widely used drugs in the world are marijuana ( cannabis ), cocaine in its various forms (powder, stones or “ crack ”) , heroin, ecstasy (pills), alcohol, tobacco and anxiolytics (sleeping pills ).