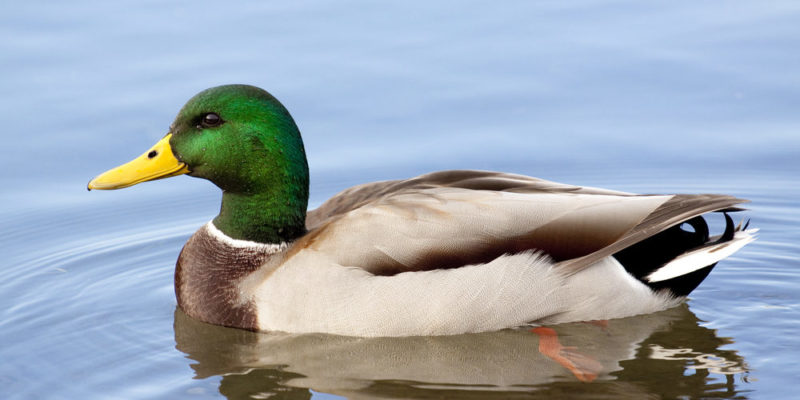 What is a duck?

We explain everything about ducks and what their main characteristics are. Also, how is their feeding, reproduction and more.

What is a duck?

The duck is an aquatic bird of the Anatidae family that is migratory and usually lives near freshwater or saltwater habitats, such as lagoons, swamps, wetlands or rivers. All ducks are capable of flying and traveling great distances each year and have an average life expectancy of ten years.

There are more than a hundred different species of ducks throughout the world that are classified into subfamilies, the most common are: red, domestic, torrent, bicolor suirirí, grebe and real. Some species tend to live for long periods in the same place and that depends on the amount and variety of food available in the habitat.

The duck, like most birds, has a special gland called uropygeal or oily that secretes an oil capable of waterproofing the plumage. When the duck preens, it spreads this oil all over its body with its beak, thus keeping its plumage dry and fluffy, which helps regulate its body temperature . 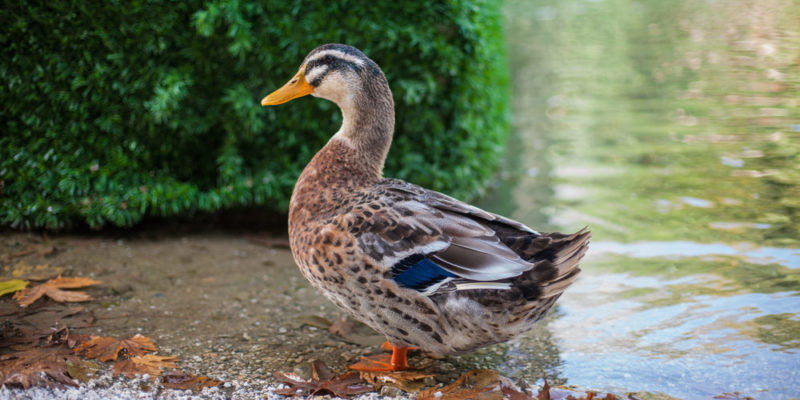 Its compact body allows it to swim quickly under water.

Among the main characteristics of the duck are: 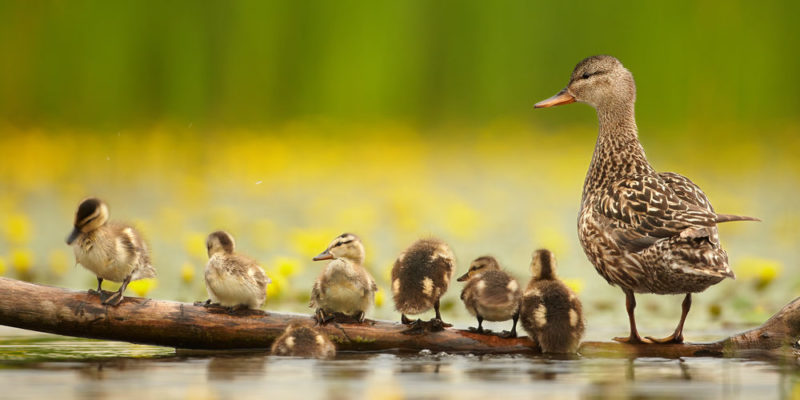 The duck usually crosses between the different species for its reproduction , which generates, among other issues, a wide range of different plumages. It is an oviparous animal , that is, the female lays eggs to have young, which are usually between 12 and 20 eggs per mating season. It usually nests among aquatic plants.

During the first three months of life, the duck depends on the mother’s protection, because its plumage has not finished forming and it only has a yellow down. At this stage it is very sensitive to extreme temperatures. The main predators of ducks and their young are the raccoon, the owl , the hawk and the snake . . 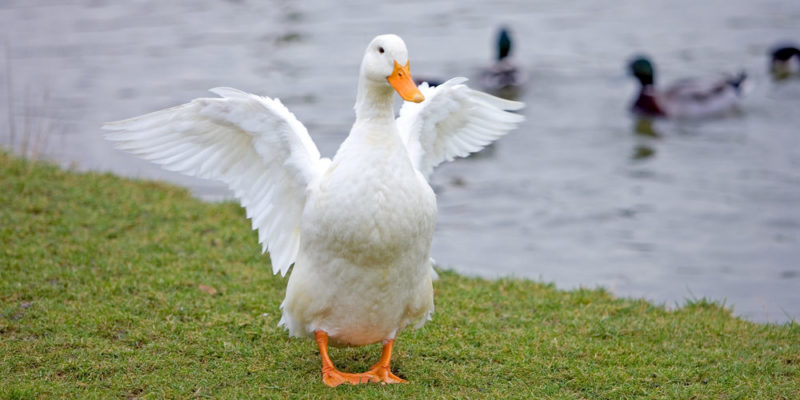 The type of diet of the duck depends on the variety and amount of food in its habitat.

The duck’s diet is varied and balanced, it eats plants , larvae, small fish, seeds, snails, worms and insects . The type of diet depends on the environment it inhabits and its behavior according to the species, for example, ducks that dive at great depths usually feed on plankton.