Introduction To The Egyptian Culture: History, Writing, Art and Characteristics 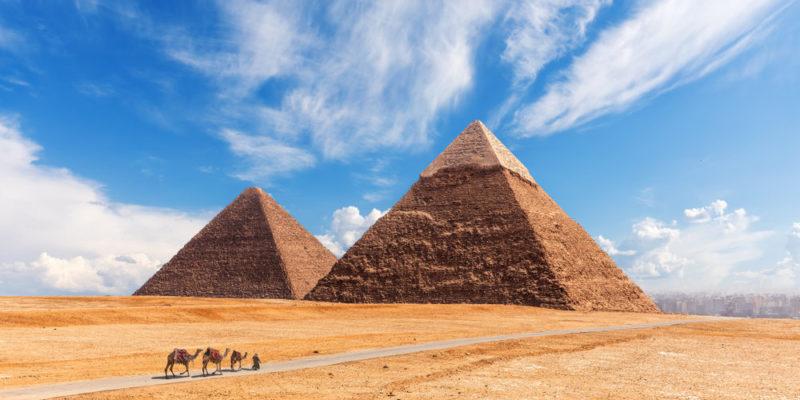 What is Egyptian Culture?

Origin and history of Egyptian culture

Writing and Libraries of Egyptian Culture

We explain what Egyptian culture is, its origin and what its writing, art and religion is like. Also, what are its features, music and more.

What is Egyptian Culture?

Egyptian culture has existed for more than 6,000 years , going through numerous changes that occurred due to contact with invading peoples, such as the Arabs, the Romans and the Greeks. Its center is in Northeast Africa , mainly on the banks of the Nile River , but it has expanded in times of imperial conquest.

Both ancient Egypt and the ancient cultures of Mesopotamia were the first societies to create, sustain, and develop a writing system , both around 3,000 BC .

The current Egyptian culture not only has new manifestations in various areas of art but also draws on its heritage from antiquity , preserving monumental works of architecture such as the pyramids.

Origin and history of Egyptian culture 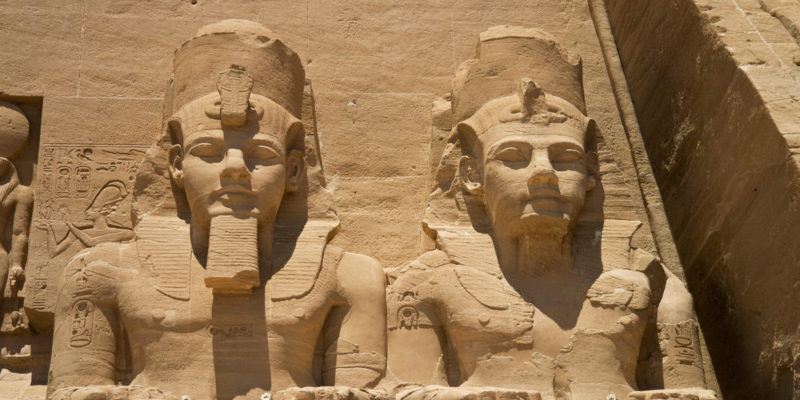 The Egyptian population was unified under the command of Pharaoh Menes.

The first inhabitants of the current Egyptian territory were nomads and moved throughout the Nile River valley . These peoples in approximately 4,000 BC were grouped into two distinct regions: Upper Egypt and Lower Egypt. The population is unified under Pharaoh Menes in 3100 BC.

The history of Ancient Egypt can be divided into:

After successive empires, the territory was dominated by the Persians (341 BC) and later by the Greeks and Romans. From the fourth century of our era it was part of the Eastern Roman Empire , and later the Byzantine Empire .

In the 7th century the territory is invaded by the Arabs , who introduced their Islamic culture , language and religion until the 16th century, when Egypt was dominated by the Ottoman Empire . However, the Arab culture continued to be the most important for the population.

In the 18th century, Egypt was invaded by Napoleon ‘s French forces , and after a series of civil wars in 1805 independence from Egypt was declared. In the 20th century the country was dominated by a series of dictatorships , the last being that of Hosni Mubarak, who was overthrown in 2011 but replaced by a corrupt government . Following the 2013 coup, Egypt is now a parliamentary democratic republic .

Writing and Libraries of Egyptian Culture 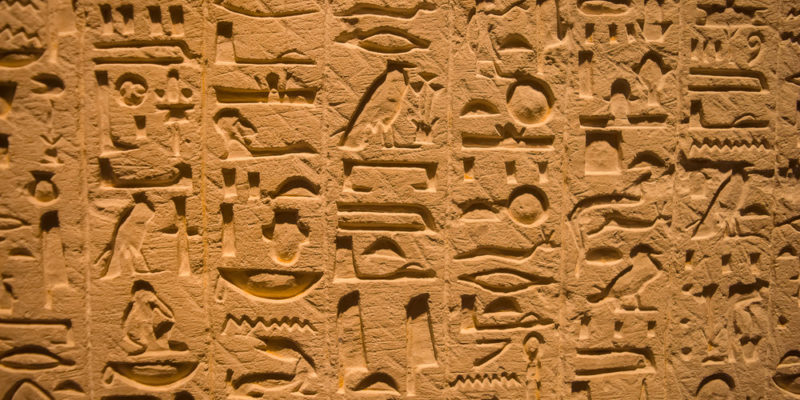 Egyptian culture was the cradle of writing , and it developed into three distinct types:

These three types of writing were deciphered thanks to the discovery of the Rosetta Stone . Manuscripts were housed in libraries, including the Library of Alexandria, which once contained 900,000 works, and was founded in the 3rd century BC. 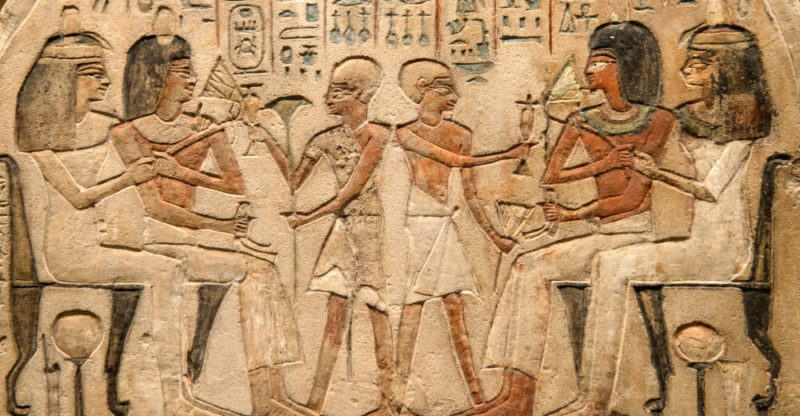 In Egyptian painting the characters are represented in profile.

Art during the Egyptian empires was largely a way of manifesting the power of the monarchs as well as expressing religious beliefs. Therefore, its content was mythical and its forms were monumental.

Perspective was not used in painting and colors were flat . In addition, the characters appeared in profile. It was used in the decoration of objects, but also as murals in sepulchral chambers, temples and palaces.

The religion was polytheistic , meaning that various gods were worshipped. The main one was the god Rá (god of the sun ), Osiris (god of the dead) and Isis (goddess of fertility).

The Egyptians also believed in a life after death . The book of the dead is a text that includes prayers that were used to protect the soul of the dead in its passage to the afterlife . 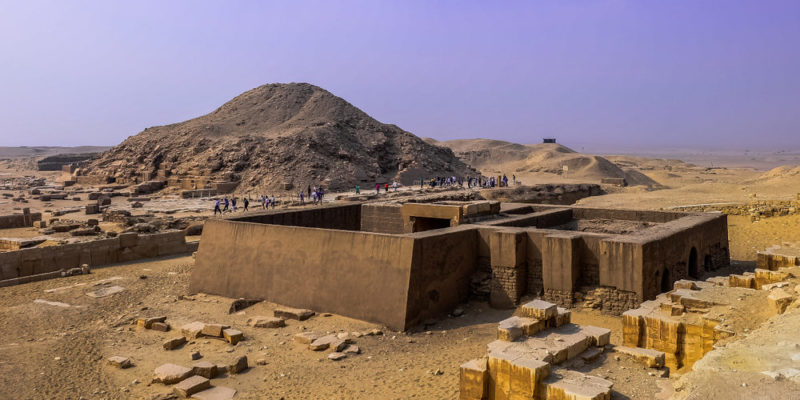 Mastabas were an Egyptian form of tomb.

Mastabas were another form of tomb . On the other hand, cenotaphs were funerary monuments but they did not contain a tomb but were only built in honor of the deceased person . 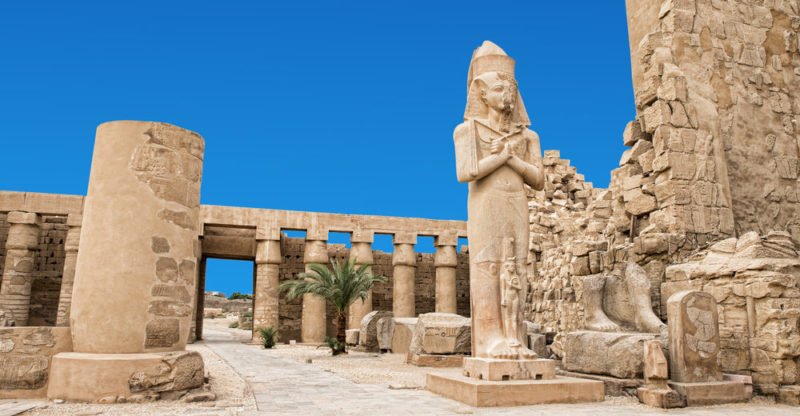 Egyptian sculpture possessed a high level of perfectionism and detail.

The level of scientific development in Egypt was such that the wise men of Ancient Greece traveled to Egypt to learn . In fact, Pythagoras developed his theorem based on Egyptian investigations. In math , they developed addition, subtraction, multiplication, and division. The measuring instruments were used to take advantage of the floods of the Nile in the cultivated lands, as well as to perfect the architecture and achieve monumental works.

In medicine , scientific knowledge was mixed with religious beliefs , but this did not prevent the discipline from developing, which took care of the hygiene of both doctors and patients and looked for the cause of ailments.

90% of the Egyptian population practices Islam , which is the official religion. Unlike the religion of ancient Egypt, Islam is a monotheistic religion . The remaining 10% are Catholic, Coptic, Maronite, Armenian and Baha’i. 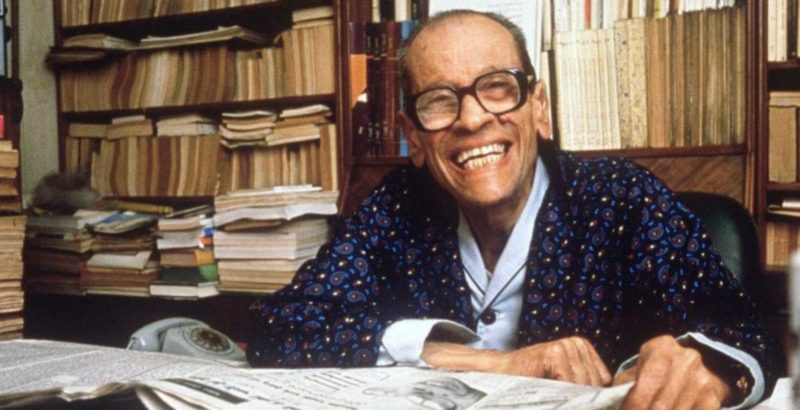 The first Egyptian to win the Nobel Prize for literature was Naguib Mahfouz.

Egyptian writers are among the most important creators of Arabic literature . They experimented with modernism in the early 20th century. The first Egyptian to win the Nobel Prize for literature was Naguib Mahfouz, in 1988. 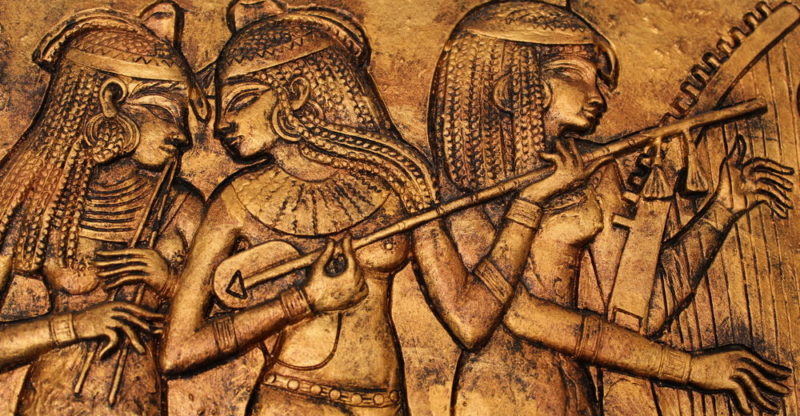 In ancient Egypt music was produced with flutes and harps.

About the music of ancient Egypt we only know that harps and flutes were used . Currently, the mamba genre is one of the most popular in the country. In addition, in the last 40 years, popular music has been used to transmit ideological content, such as social and class conflicts.