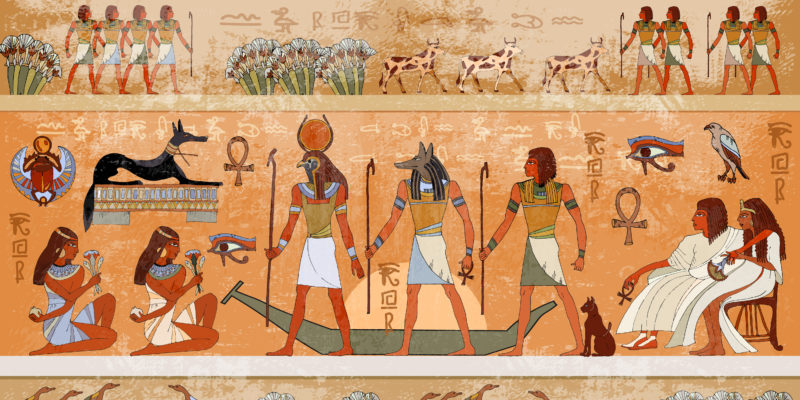 Characteristics of the Egyptian religion

Egyptian magic in "the afterlife"

We explain what the Egyptian religion was like, its characteristics and its main gods. Also, what was heka, magic and more.

The Egyptian religion consisted of a complex combination of beliefs, practices and rituals that encompassed spiritual, mythological, medicinal and magical issues. It lasted the three thousand years that the ancient Egyptian civilization existed , from 3150 BC. C. until 31 a. C. moment in which the Roman Empire overthrew it.

Religion played a key role in all aspects of life for the Egyptians, who believed in a supreme power and in life after death. Earthly existence was considered only part of an eternal journey and, to continue that eternity, it was necessary to lead a dignified life on Earth.

It was a polytheistic religion, that is, it worshiped several gods who had an inherited power called heka that consisted of magic and the divine force of the universe.

People had to maintain balance and universal harmony, which also allowed the gods to better perform their tasks. They created the concept of maat that encompassed a broad notion of universal justice , balance, and cosmic harmony .

The king or pharaoh represented the gods on Earth, he was considered the divine heir and his mandate lasted a lifetime.

Characteristics of the Egyptian religion

Among the main characteristics of the Egyptian religion, the following stand out: 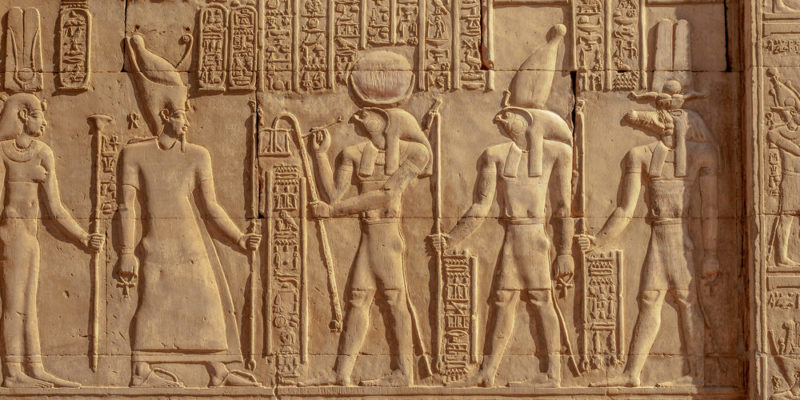 The fusion of the god Amun with the god Ra formed one of the most powerful deities.

The Egyptian religion believed in several gods, among the main ones are:

The Egyptian religion recognized a particular deity called Heka, considered the personification of magic and the divine force of the universe. Heka was the life force that allowed universal balance to be maintained. The gods, the priests and the pharaohs had Heka or magical power that was inherited from them.

The priests were considered powerful magicians and healers who knew how to handle the Heka and were the intermediaries between men and the gods. In addition, they were members of the Court of Justice, advised the pharaohs and interpreted their dreams. Pharaohs were also considered powerful beings with a force that permeated everything around them, even the objects they touched.

Magic was part of the life of the Egyptians from various fields , such as medicine, healing, divination and protective spells. Many people in the town were dedicated to clairvoyance and healing.

The concept of religion was much broader than the current conception of the term. Egypt was considered the balance and universal order consecrated by the gods. All the peoples that were outside its borders were considered enemies and destructive of that order, so they were cursed with harmful magic, as a punishment.

Egyptian magic in “the afterlife” 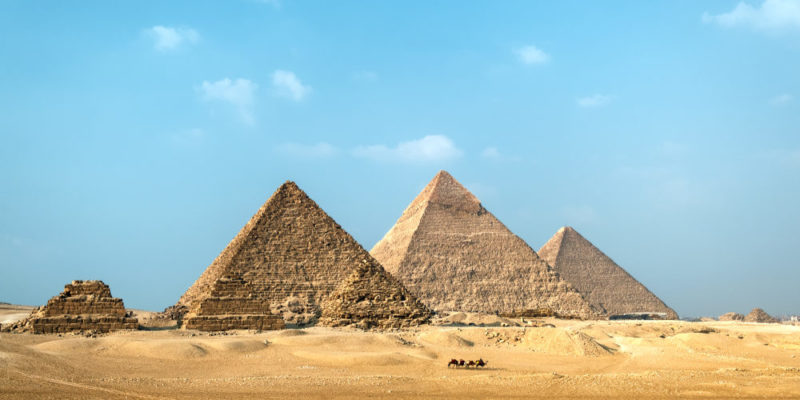 The pyramids were imposing tombs destined for the pharaohs.

Magic and religious rites were part of earthly life and the journey of the soul after death , especially for beings who represented deities, such as the pharaohs.

Some rituals allowed the deceased to obtain all the power he desired while in “the afterlife . ” For this reason, various books and other sacred texts that made up a compilation of spells and incantations, along with various valuables, amulets and other offerings, were deposited in the tombs of the pharaohs for their benefit on the journey after death.

The pyramids were imposing tombs built to worship the pharaoh, so that his soul would rest and have everything necessary after earthly death. Part of the cult of the dead was the practice of mummification that was carried out by the priests and that had the function of preserving the body so that it was reunited with its soul in “the afterlife”.