Empire of Maximilian: Origin, And Characteristics 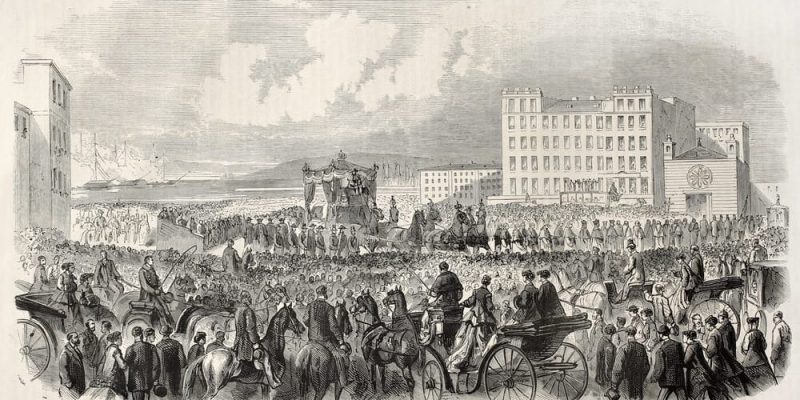 What was Maximilian's Empire?

The establishment of the Crown

Fall of the Empire of Maximilian

Shooting on the Mount of Bells

We explain to you what was the Empire of Maximilian and who was Maximilian of Habsburg. In addition, his characteristics and how was his defeat.


What was Maximilian’s Empire?

The Empire of Maximiliano in Mexico , also known as the Second Mexican Empire, was a regime of monarchical government established in that country between 1864 and 1867 as a product of the second French intervention in Mexico.

At the head of this empire was Fernando Maximiliano de Habsburgo , Archduke of Austria, in alliance with the conservative sectors of the country and the Catholic Church.

This empire depended on European troops , especially French, to defend itself against the insurrection of the Republican rebels, led by Benito Juárez and members of the Liberal Party, with support from the United States.

These constituted a guerilla that, eventually, would regain power and execute Emperor Maximiliano along with the conservative military men Miguel Miramón and Tomás Mejía.

After the fall of the Second Mexican Empire, Benito Juárez and the Liberals would assume power. 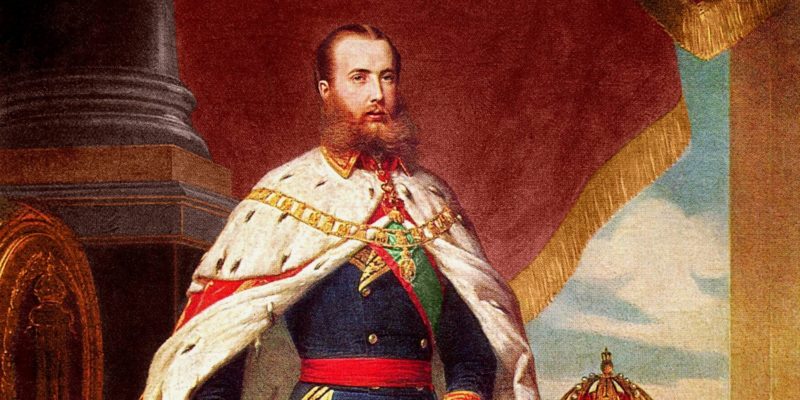 Maximilian of Habsburg was a military man and a passionate traveler.

Crowned as Maximilian I, Emperor of Mexico, Ferdinand Maximilian of Habsburg (1832-1867) was the Archduke of Austria , brother of Emperor Franz Joseph of Austria-Hungary and part of the powerful House of Habsburg.

He was a military and passionate traveler , who renounced his royal rights in Europe to assume the throne of the Second Mexican Empire at the age of 32.

The establishment of the Crown 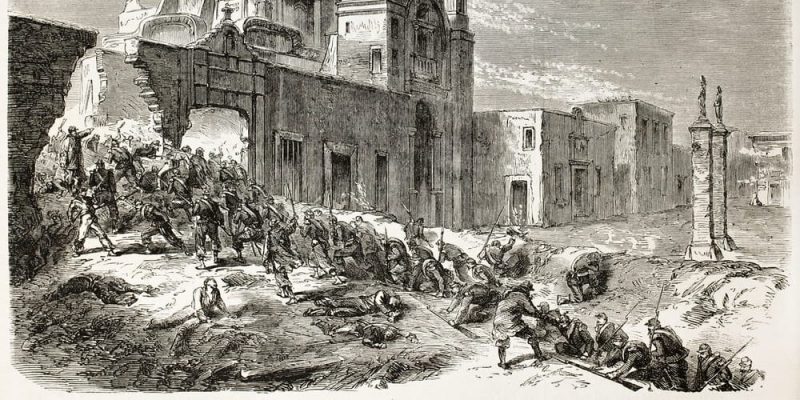 The invading army was defeated by the liberal troops at the Battle of Puebla.

To establish the crown of the Second Mexican Empire, the invasion of the territory by French troops was necessary , after representatives of the Conservative Party convinced Maximiliano to assume the throne of a pro-French empire in the face of the growing influence of the United States.

The invading army was initially defeated by the liberal troops in the battle of Puebla , but would return the following year and manage to depose the government of Benito Juárez and install Maximiliano I as emperor of Mexico, with official headquarters in Castillo de Chapultepec in the City of Mexico .

In the decree of March 3, 1865, Emperor Maximilian I territorially reorganized the country as follows: 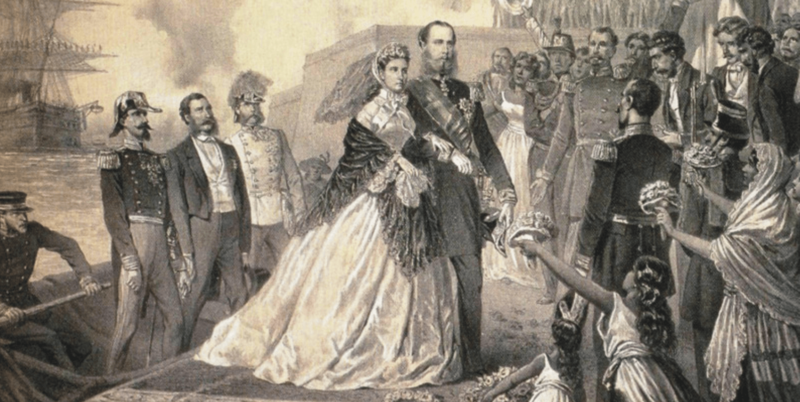 The French crown withdrew its aid for the empire to subsist on its own.

The economy was one of the great weaknesses of the Empire that hastened its fall . The Empire depended militarily and financially on the Napoleonic crown, to such an extent that Maximilian’s entourage brought French accountants to monitor the administration of money .

Since Mexicans were not trusted to manage finances , foreign emissaries ruled the imperial coffers and did not do so with a particular effort to stabilize the imperial throne.

This was decisive to the extent that the French imperial coffers were not in much better condition around 1866, in the context of its conflict with Prussia and the pressure of the United States, so that the frequent loans granted to the Empire of Maximilian began to be scarce.

Ultimately, the French crown would withdraw its promised aid to Mexico and leave the new empire to support itself. It would not last long in its attempt.

Maximiliano was an enlightened man, and contrary to what conservative supporters expected, his government from the beginning displayed a liberal character , more akin to that of the Juarez liberals than their conservative allies.

The freedom of the press, the reopening of the University, the non-return to the clergy of assets nationalized by Juárez during his government, the granting of civil registries to the State and the promulgation of divorce laws or the First Mexican Labor Law, they promptly antagonized him with the Church and the reactionary sectors. 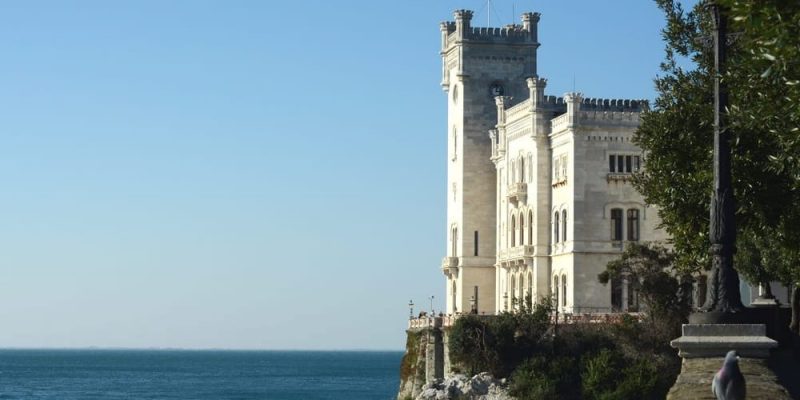 Empress Carlota was confined to the castle of Miramar.

Maximilian’s consort, Empress Carlota, a Belgian princess known as Carlota of Mexico, was famous during this period for being considered the most beautiful woman in the country .

In his attempt to help the failing Empire of Maximilian, he went to Europe to meet with the French nobility and with Pope Pius IX himself, without success.

During this period she began to exhibit symptoms of paranoia and delusions of persecution, claiming they wanted to poison her and drinking water from public fountains in Rome.

Finally, with her husband already shot and the Empire collapsed, she was medically treated and confined to the Castle of Miramar , then to the Castle of Bouchout in France , and yet ended her days in 1927 as one of the richest women in the world.

The international situation was complex for the Empire of Maximilian, dependent on the favors of the French throne of Napoleon “the little one.”

For example, the culmination of the Civil War in the United States , won by the federalists, provided the troops of Juárez with an extra amount of foreign support to push their parallel government, sheltered in Ciudad Juárez, to the conquest of power.

At the same time, France was facing Prussia in the Austro-Prussian war and gradually withdrew its support for Maximilian’s Empire, leaving it financially bankrupt and militarily weakened.

Fall of the Empire of Maximilian 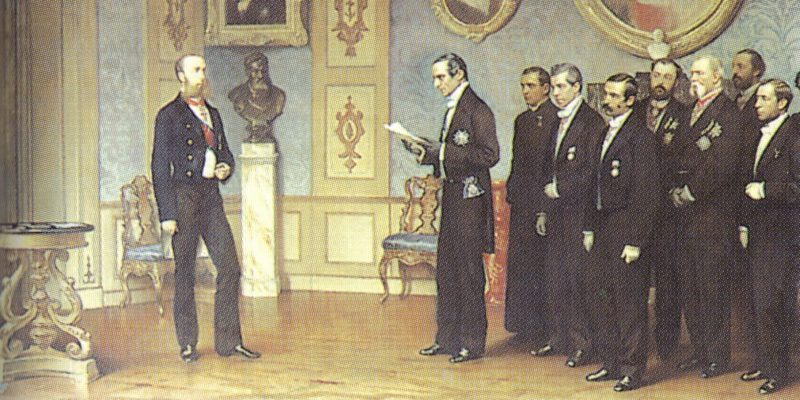 The taking of Querétaro and Mexico City ended the empire.

In 1867 the liberal forces of Juárez besieged the city of Querétaro , defended by the reformed conservative army, under the command of Mariano Escobedo.

At the same time, Mexico City was besieged by Porfirio Díaz’s troops , preventing the reinforcement of the troops in Querétaro, where the Emperor had recently fled. The taking of both cities represented the end of the Empire of Maximiliano.

Shooting on the Mount of Bells

With the empire lost, Maximiliano was apprehended in Querétaro and sentenced by a military court to execution , along with two conservative generals in command of the army.