Fable: What it is, Types, Structure, Characteristics and Examples 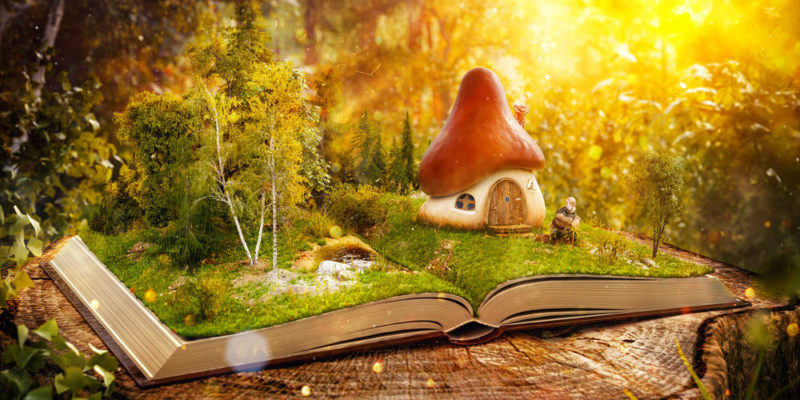 What is a fable?

Origin of the fable

How is the fable composed?

Narrative elements of the fable

Differences between fable and legend

Importance of the fable

We explain what a fable is, how they originate and the types that exist. Also, what are its general characteristics, structure and examples.

What is a fable?

A fable is known as a fictional narrative, of a literary type, generally brief , written in prose or verse. The characters have an archetypal or traditional value and, in addition to people , they can be animated objects or animals . Within the story, objects, animals and people can communicate with each other. .

The fable is a subgenre of narrative literature (story) . These are educational, exemplary narratives that convey an ethical , traditional or moral message . The most common recipient of fables are children .

For this reason, its objective is pedagogical or illustrative: to educate the reader through fictional or fantastic situations in the customs, vices or virtues that are considered fundamental in a specific human community , or perhaps in all humanity.

The teaching of the fable is generally summarized at the end of the story, and is usually more or less explicit. This genre should not be confused with other didactic genres such as the sermon, the parable or the apologues.

Although it shares its traditional character with legend and myth , these other fantastic stories, which explain the origin of something, do not always include a moral. Although it is similar to the story is its narrative form , unlike this the fable is explicitly didactic.

Origin of the fable 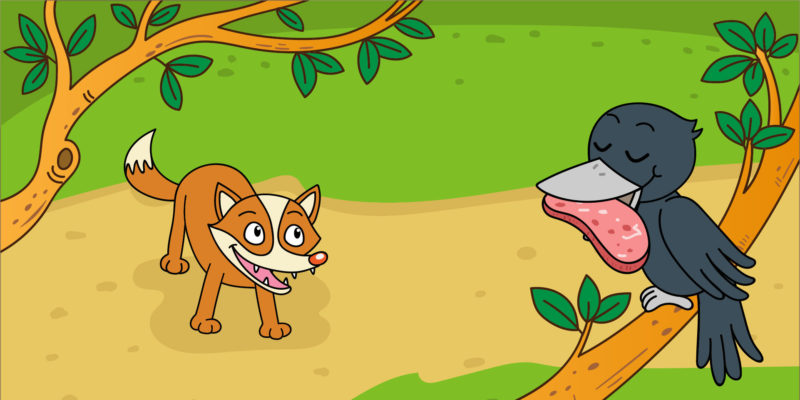 The fable is a very old genre .

Archaeologists have found examples on clay tablets from the Mesopotamian era .

They tell stories of cunning, ungrateful or arrogant animals, which would indicate that they were already used with the same educational sense.

During the classical Greco-Roman era fables were very common, especially those of the Greek Aesop, author of many of which we still read.

His example was followed by the Romans Horacio and Flavio Alviano , which shows that it was a very successful genre in the West .

In the Middle Ages the fable continued to be written . The authors were generally anonymous (fearful of the inquisition) or else they were collective creations. Translations from Arabic or other languages also abounded .

In the Renaissance the fable reached a very high point , especially by authors such as the French Jean de La Fontaine.

How is the fable composed?

The traditional fable is made up of three parts: 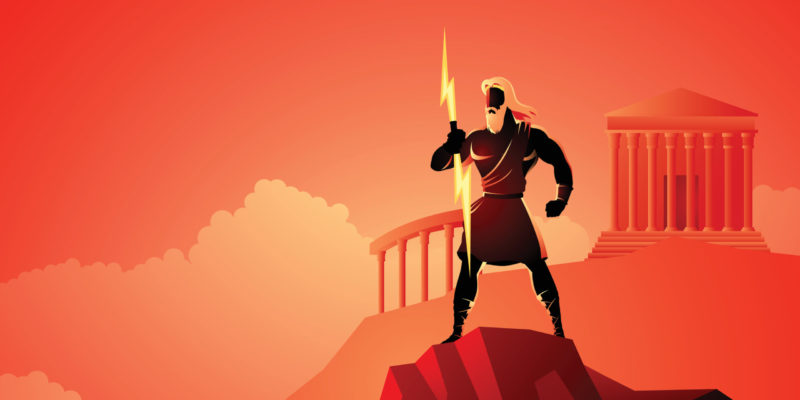 Mythological fables collect the mystical content of a culture.

Depending on their nature, fables can be classified into:

Moral or teaching is called the life lesson that the reader obtains once the reading of the fable (or many children’s stories) is finished . It is a generally moral or ethical lesson.

The moral invites you to follow certain behaviors and reasoning , but judges or advises against others, considered negative or reprehensible. It is usually stated by the narrator of the fable and generally stated explicitly to the reader. 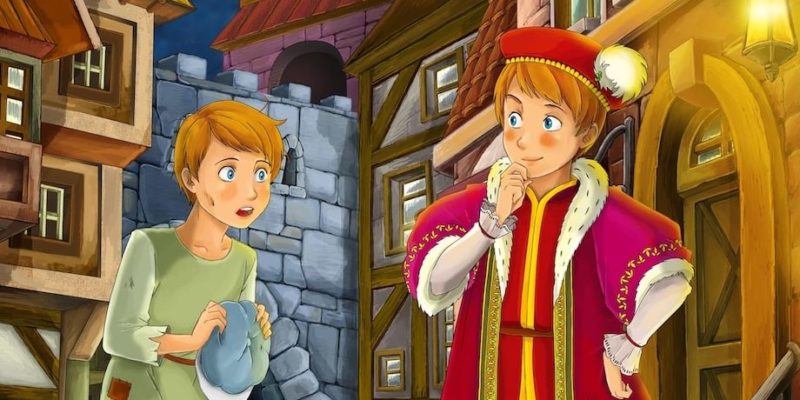 The structure of the fable is based on an opposition, like the prince and the pauper.

The classic fable presents a double structure , consisting of a fundamental, main opposition between two characters whose subjective positions are usually opposite, paradoxical or challenging. For example, it can be a hungry and a rich man, a greedy and a beggar, etc.

It is, therefore, two characters who are always in social inequality : one high and the other low. Then, thanks to an unforeseen event ( survenant ), these positions are usually reversed, so that each of them learns a lesson by putting themselves in the other’s shoes.

This fable structure is called “double forwarding” by Canadian semiologist Christian Vandendorpe in his book Learning to read fables (1989) and is extremely common, especially in popular fables, in which a moral teaching can be appreciated. very clear.

Narrative elements of the fable 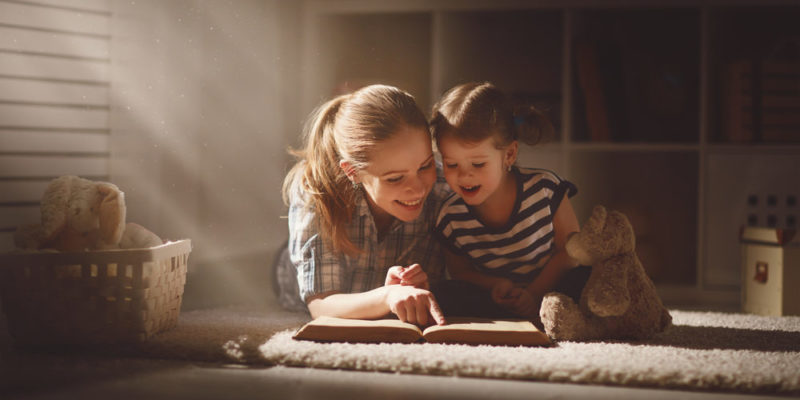 The narrator is the one who tells the story and at the end summarizes the moral.

The fable includes very few narrative elements, since it is a generally simple and direct story. Its elements are:

Differences between fable and legend

The legend is also a story loaded with warnings , which are concealed or attributed to generally supernatural, magical or mystical elements. In some cases it inspires the reader with a certain fear, respect or vision about behaviors or elements that in their culture are traditionally considered inappropriate.

This relationship, however, is not always very clear, unlike the moral of the fable, which is made explicit at the end by the narrator.

Legends do not necessarily narrate clearly imaginary situations, nor are the protagonists always animals. Its main characteristic is that they go to a remote time or to a bygone era. The fable, on the other hand, never aspires to be taken as real.

Importance of the fable

The fable is a very traditional genre in the history of reading . Along with the parable and the legend, it is one of the forms of narrative that preserve some type of teaching or concrete warning for the new generations.

It is probable that the first methods of teaching (especially civic, moral or religious) consisted among other things in fables and similar stories. Thus, the infant could memorize and understand educational content in a simple and enjoyable way, often involving everyday animals. 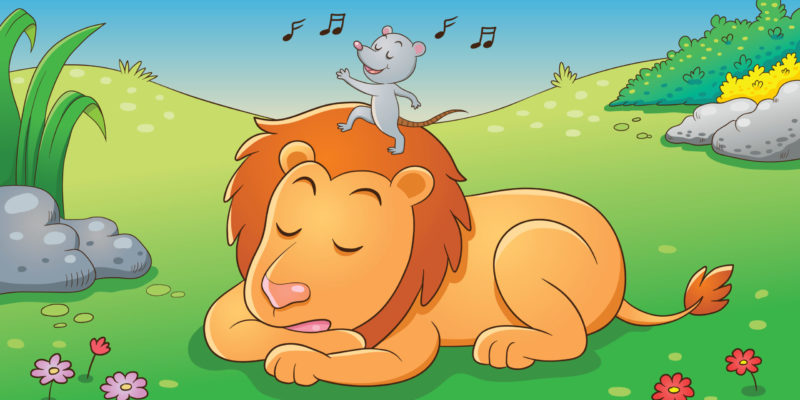 The Lion and the Mouse is a fable by Jean de la Fontaine.

Some of the main fable writers in history were:

In recent times, the legends of the Honduran-Guatemalan writer Augusto Monterroso (1921-2003) were well known.

An example of a short fable by Augusto Monterroso:

The donkey and the flute

Lying in the field had been a flute for a long time that no one played anymore, until one day a donkey that was walking around puffed loudly on it, making it produce the sweetest sound of its life, that is, of the life of the donkey and the flute.

Unable to understand what had happened, because rationality was not their strong suit and they both believed in rationality, they hurriedly parted, ashamed of the best that both had done during their sad existence.