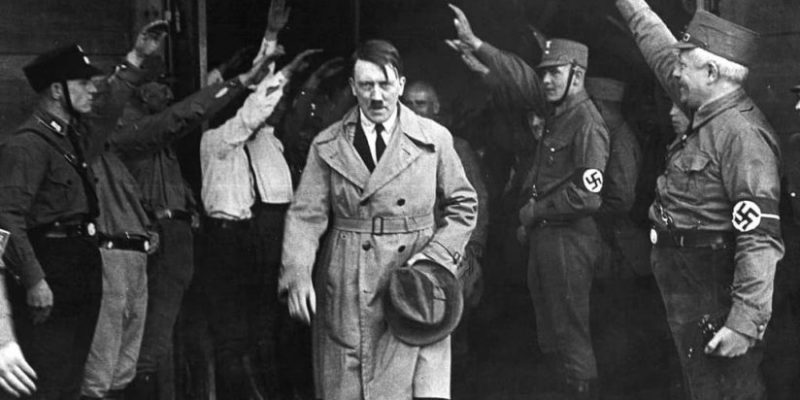 Fascism and the opposition

We explain what fascism is and how it originated. In addition, what are its main characteristics and how did it act in the face of the opposition.

Fascism was a political ideology based on repression and torture, which emerged in Italy and dominated many parts of Europe between 1919 and 1945. It opposed the growing liberal democracy of the First War and the labor movements that emerged under the models of Marxism and anarchism .

Fascist regimes were organized around the figure of a chief or caudillo who, through the use of military force, abuse of power and political propaganda, established a totalitarian government structure based on the establishment of fear and fear. terror to exercise its power.

The fascist regime took different forms depending on the regions in which it was implemented. However, in all cases, it maintained certain common characteristics, such as taking advantage of contexts of economic crisis and political failure to impose its movement, cultivating fear of difference and diversity, and fostering elitism and the abuse of power to through military force.

Fascism had its most emblematic cases in Italy , with the military Benito Mussolini, in Germany with Adolf Hitler (under extreme totalitarianism) and in Spain with the dictator Francisco Franco , who had the support of the powerful Catholic Church in that country. 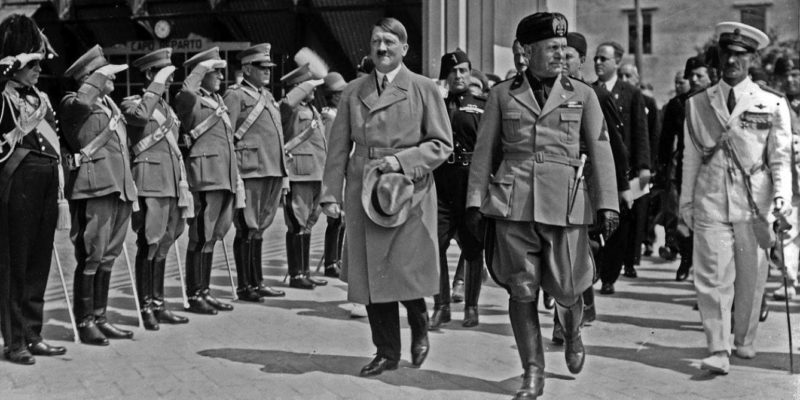 Hitler’s fascism in Germany had a strong racist attachment.

Fascism had its origins with an Italian poet named Gabriele D’Annunzio , a writer who was greatly influenced by the ideas of the philosopher Friedrich Nietzsche. In addition, he was a soldier during the First World War, a time in which he further reinforced his ultranationalist ideas.

At the end of the First War, the winning allied countries (the United States, England , France and Italy) shared the conquered territories, but Italy was offended after not receiving what it considered was their due. D’Annunzio revealed himself and with an army of 2,000 soldiers took by force the city of Fiume (present-day Croatian territory), which was already inhabited by many Italians.

In 1920 D’Annunzio, together with the trade unionist Alceste de Ambris, wrote a constitution called La Carta de Carnaro and established in Fiume a particular regime in which he attributed special powers while ignoring democracy. He created a group of military men in black shirts that were in charge of repressing and torturing anyone who criticized or opposed the regime.

In parallel, another Italian military man named Benito Mussolini was gaining more and more power. Mussolini took advantage of the situation of social discontent for the few benefits that Italy had obtained after the war and accused socialism and communism as the culprits of all the problems of Italy. He attacked them with a military army, also called black shirts, which he repressed and tortured. After coming to power, Mussolini was inspired by many of the ideas and measures taken by D’Annunzio in Fiume.

In 1933 the Austro-Hungarian military Adolf Hitler took power in Germany, adopting the fascist vision with a strong addition of racism against all those who did not belong to the Aryan race, considered superior. Hitler raged against Jews, Gypsies, homosexuals and the mentally ill, among others. He created Nazism or the National Socialist party, but it had nothing to do with socialist ideologies.

In 1936, the Spanish military and dictator Francisco Franco carried out a coup in Spain , but in the capital the coup was unsuccessful, which led to an armed civil war between republicans and rebels or revolutionaries, which lasted more than two years. In 1939 the rebels were victorious after having a strong military unit.

Beyond specific historical events, there has been some disagreement between historians and political scientists about the origin of fascism. Some see it as a social movement with ideological ties to the Jacobins of the French Revolution , others see it as an extreme form of conservatism inspired by a 19th century backlash against the ideals of the Enlightenment .

Some regard fascism as a deeply irrational ideology, charged with misguided anger and frustration, while others highlight how rational the ideology was to maintain party interests and the perpetuity of the elite, in the face of fear of a communist revolution.

The name fascism comes from fasce which means “beam” and refers to an ancient Etruscan symbol that consisted of a bundle of rods tied around an ax head, and which meant “the strength of the ruler.” Mussolini used the name fasce to address his army.

Among the main characteristics of fascism are:

Fascism and the opposition 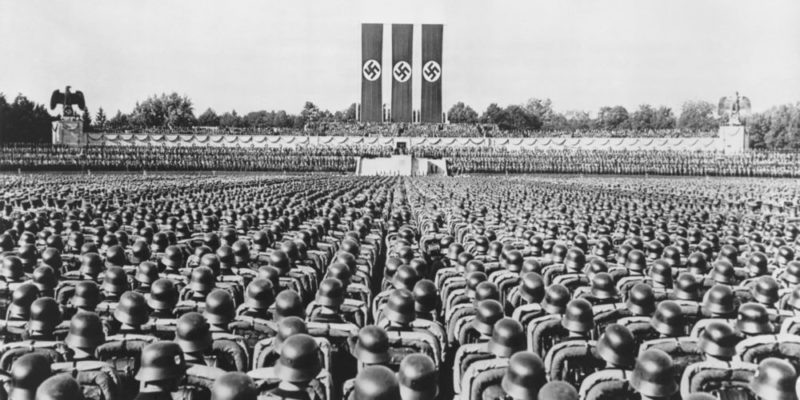 Left-wing parties were banned and their supporters intensely persecuted.

Fascism fought and persecuted all kinds of opposition : the class struggle defended from Marxism , the non-official unions, the communists and the anarchists; the parties of the left were banned and their followers intensely persecuted by the state security apparatuses.

The regime determined that class conflicts of interest were eliminated through a policy of a vertical and single union, under the orders of the regime. The fear of being exterminated affected middle-class citizens and caused many to choose to collaborate with the fascist regime.