What Is The Feminist Movement? Know Its Origin, Milestones, Revolution And More 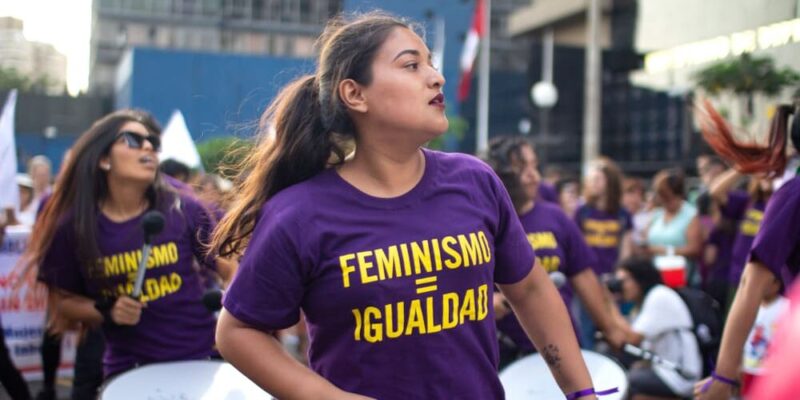 What is the feminist movement?

Origin of the feminist movement

The sexual revolution of the '60s

Evolution of the feminist movement

The role of men in feminism

We explain what feminism is when it emerged and what its characteristics are. In addition, its evolution, the role of man, and more.

What is the feminist movement?

The feminist movement is the fight for an essential democratic principle that is equal rights between women and men . Feminism is not the opposite of machismo, which prioritizes the rights of a single gender, but rather seeks to achieve equality.

Feminism calls for the liberation of women and the elimination of hierarchies and privileges imposed by men on men under a patriarchal system that has long been perpetuated through cultural structures.

It is an international movement that has been fighting for centuries for the recognition of women. The last 30 years are considered the fourth wave of the movement. However, throughout the world there continue to exist various realities of injustice and rejection that do not respect the equal rights of all beings.

It is estimated that another 200 years will have to pass before women achieve democratic equality, considerably reduce gender violence and achieve equal opportunities and economic participation.

Origin of the feminist movement 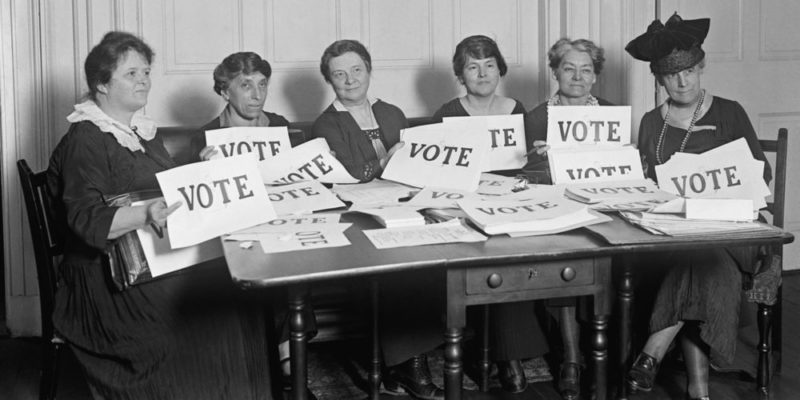 Starting in the 20th century, and gradually throughout the world, women were able to vote.

The origin of the feminist movement dates back to the 18th century at the time of the Enlightenment in which the bourgeoisie fought against the absolutism of the nobility. It was an influential historical period for Western culture in which science and democracy gained prominence , over the Church and the monarchical government system .

In the French Revolution of 1789, women were protagonists along with men in a revolutionary movement against monarchical absolutism and in defense of rights and freedoms. However, after the declaration of the Rights of man and citizen , women were excluded from political and civil rights .

The deprivation of women’s rights had been lived for centuries and was due to the oppression of patriarchal systems (in which the authority of men predominates) that exercised various methods of slavery and subjection to people of different races. , the humble lower class and women, among other groups.

The French writer, playwright and philosopher Marie Gouze (1748 – 1793), who used the pseudonym Olympe de Gouges, wrote feminist and revolutionary texts against slavery in all its forms. She defended equality between women and men and rights such as the right to education , to vote, to public work and equal roles in family intimacy. However, she was sentenced to death for her ideas.

In 1848, the first women’s rights convention was held in the city of Seneca Falls, United States, which culminated in the Seneca Falls Declaration, the first collective document of feminism that established the claim for social, civil rights , political and religious women. It was a key event for the feminist movement.

However, starting in the 19th century, women’s claims were formalized through demonstrations, such as the one in 1913 in New York, United States, in which women claimed the right to vote and be elected to public office.

In 1948, the United Nations Organization approved the Universal Declaration of Human Rights, which included in article number 21 the right of everyone to participate in the government of their country and to express themselves through suffrage.

Among the main milestones of the feminist movement are:

The sexual revolution of the ‘60s

The revolution of the ‘60s externalized the subject of sexuality, until then considered taboo.

The sexual revolution of the 1960s marked a before and after in history and further promoted the women’s liberation movement . It was a social movement initiated by young people who defended the concept of freedom for men and women that manifested itself through sexuality, an aspect that had been prohibited until then and was hardly talked about.

The sexual revolutionary movement had its heyday in the 1970s and 1980s and became visible in all aspects of culture , such as music, film, art and literature, all over the world.

One of the main aspects of the revolution was that sexuality was disassociated from reproduction and understood from the point of view of pleasure . It was not considered as something prohibited or that it was only necessary for reproduction.

Some characteristics of the sexual revolution were:

Despite the impact of the sexual revolution, the pressure of the patriarchal system throughout the world resisted change. The demand for freedom from sexuality for men and women was transformed into a new covert cultural conception: the reification of women and femininity.

The woman turned out to be a consumer object molded based on stereotypes of beauty and supposed liberation, through which many men could enrich themselves economically.

Evolution of the feminist movement

In the eighteenth century, during the first wave of feminism, women’s claims were based on the right to equality, access to public office and suffrage.

Over the centuries, the movement continued its struggle and went through the so-called second and third waves of feminism in which more rights were claimed and more women, such as African Americans, and other genders were taken into account.

Among the main characteristics of the evolution of the feminist movement are: 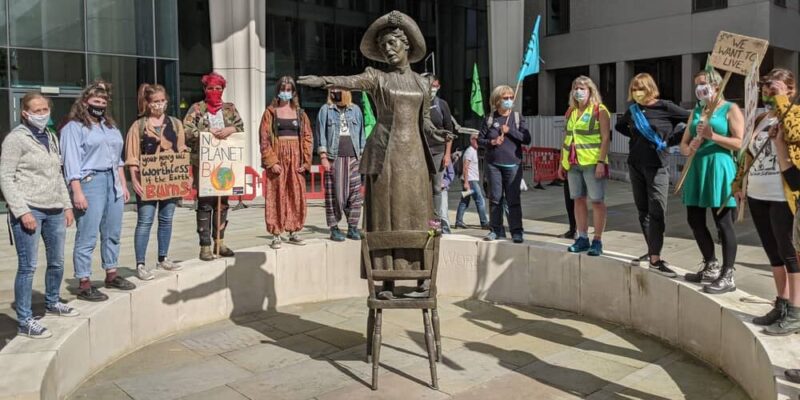 Suffragist Emmeline Pankhurst is remembered with a statue in Manchester, UK.

Among the main representatives of the feminist movement throughout history, the following stand out:

The role of men in feminism 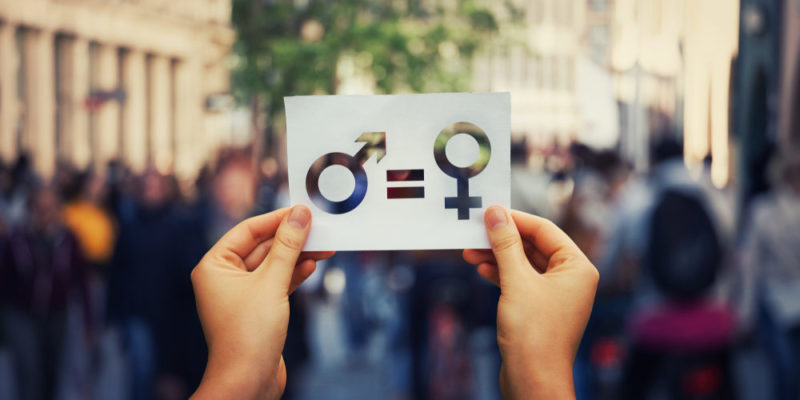 Feminism fights for men to break with their own macho structures.

The role of men in the feminist movement has to do with how they actively participate in the revolution. A man who participates in a feminist demonstration is usually seen as someone who claims from a place of privilege because he has never suffered oppression.

The individual change of the male is more revolutionary, instead of only participating in the demonstrations together with the women. Feminism is about the visibility of women and the need to respect their rights just as those of men are respected.

Men can and need to participate actively in the feminist movement, changing their own attitudes based on the patriarchal system and sexist customs, to change from their actions and their example the behavior of the men around them in society, such as friends, co-workers and recreational activities.

A good way for men to participate in the feminist movement is with concrete actions, such as taking care of their children so that women attend demonstrations, talking to their male friends about the problem and how invisible attitudes and mandates are macho, from jokes to respect for rights, among other ways.